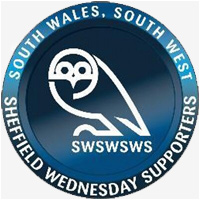 The idea to form the group was conceived in the 2010/11 season by founder George Eustice, who is an Owls supporter living in Cardiff.

Over the course of the past few campaigns, the SWSWSWS has gathered momentum and the group has made travel to games more accessible for Owls fans in the South West and South Wales region.

By advertising car-sharing and arranging mini bus and coach travel to games, the SWSWSWS aims to get as many distant Owls to Hillsborough and around the rest of the country as possible.

Wednesdayites in the South West and South Wales can get in touch with SWSWSWS via the website at swswsws.co.uk.