The Owls produced their most emphatic display of the season and cemented their top six slot with a convincing 5-1 win over Norwich at Hillsborough.

Ross Wallace set the ball rolling with an outrageous strike from distance before Jordan Rhodes hit the first of two goals for the January recruit.

Fellow new signing Morgan Fox was on target after Cameron Jerome had halved the arrears but further strikes from Rhodes and Fernando Forestieri iced the cake.

While the scintillating performance gave the Owls a major boost, only the opposite was true for the Canaries, who saw their play-off hopes fade in S6.

And the score did not flatter Wednesday in the least as they launched wave on wave of attacks from the first whistle.

Barry Bannan was pulling the strings in the engine room and the overall attacking thrust caused major problems in the visitors’ rearguard.

That ethos was underlined by the dynamic figure of Sam Hutchinson as the Owls hit the front on 15 minutes.

The midfield man bravely blocked a Timm Klose punt and fiercely chased the rebound down the right flank to give John Ruddy a decision to make.

The keeper opted to take on Hutchinson in a foot race, was forced into a loose clearance and Wallace applied the punishment, drilling home superbly on the angle from all of 40 yards.

It was a glorious start – with more to follow seven minutes later. Forestieri, playing wide on the left, took possession, picked his spot and found the lurking Rhodes, whose glancing header nestled into the bottom corner.

Not everything went the way of Wednesday, though, as the influential Hutchinson was forced out of the action with the break on the horizon.

But that was enough time for Norwich to get back into the game, with Jerome finding the net on 37 minutes.

Steven Naismith foraged into the penalty area down the left and saw his shot saved by Keiren Westwood, who was out of luck as the ball looped kindly at the back post for Jerome to nod home.

But the last thing Norwich expected was an instant reply – which is exactly what happened just three minutes later.

Forestieri swung a deep corner into the mix and Fox stooped low to find the gap on a crowded goal line to restore his side’s two-goal cushion.

That advantage almost became three moments after the restart when Sam Winnall swivelled to drill narrowly wide – but from the next attack it was 4-1.

Bannan did wonderfully well to pick out the lurking figure of Rhodes, who planted an unstoppable diving header beyond the helpless Ruddy. 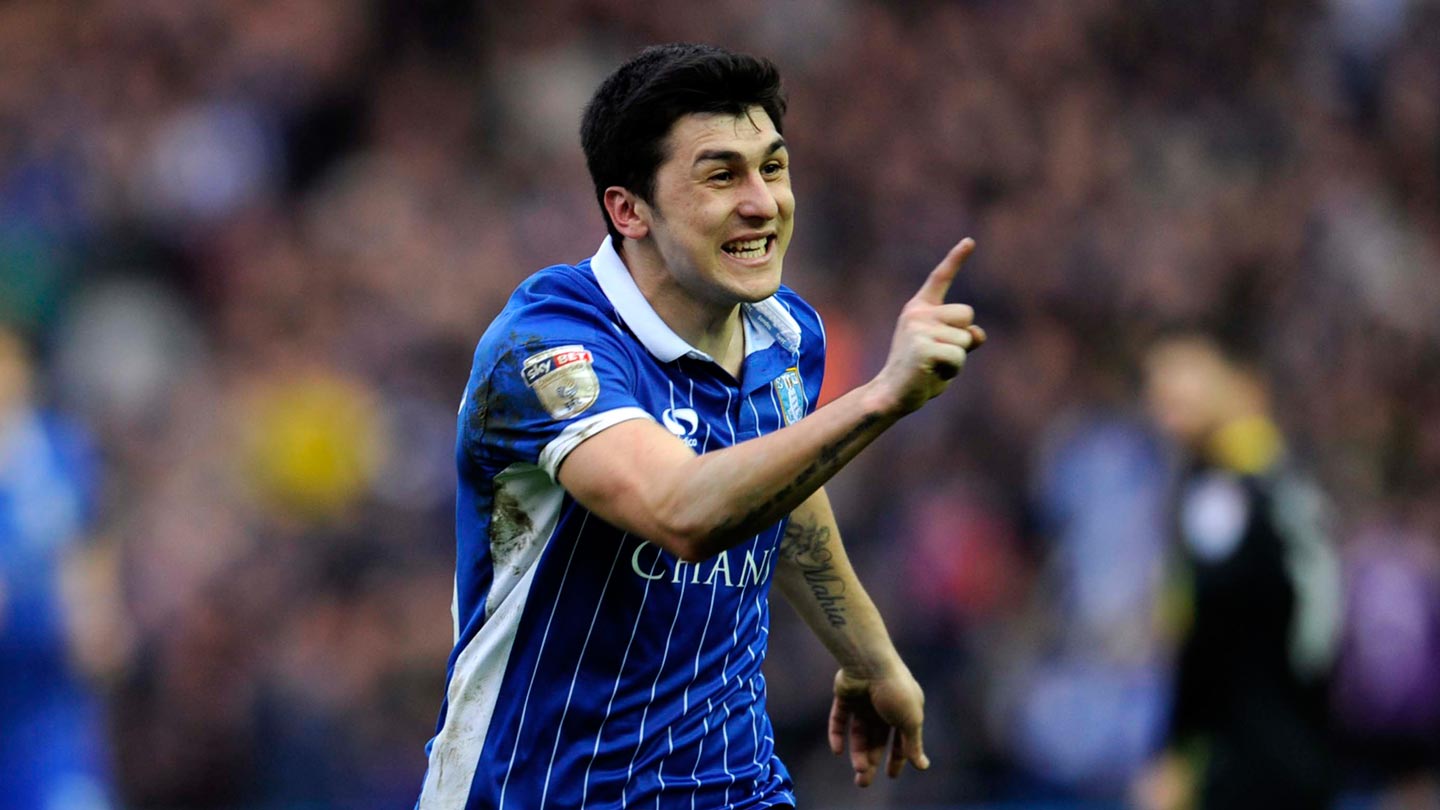 And an afternoon to already forget for Ruddy promptly got worse as Forestieri crowned a memorable match with the delivery of a top-drawer free kick from 25 yards that had the England international clutching at air as it flew into the back of the net.