Norwich came from behind to end their seven-game winless streak whilst defeat ended the Owls’ seven-game run of resistance.

Jordan Rhodes gave Wednesday a first half advantage but quickfire goals from James Maddison and Timm Klose put the Canaries in the driving seat.

Nelson Oliveira sealed victory from the penalty spot with the last kick of the match.

It was perhaps harsh on the Owls, who dominated the opening 45 but let slip their slender lead to allow Norwich a foothold after the break.

A Mario Vrancic set piece that whistled over the top aside, it was a slow start in Norfolk, with Wednesday looking composed in possession without troubling the Canaries defence.

That was until 19 minutes in when the Owls hit the front. Morgan Fox found Adam Reach, whose clever first time cross sat up nicely for Rhodes to bury his low header beyond Angus Gunn. 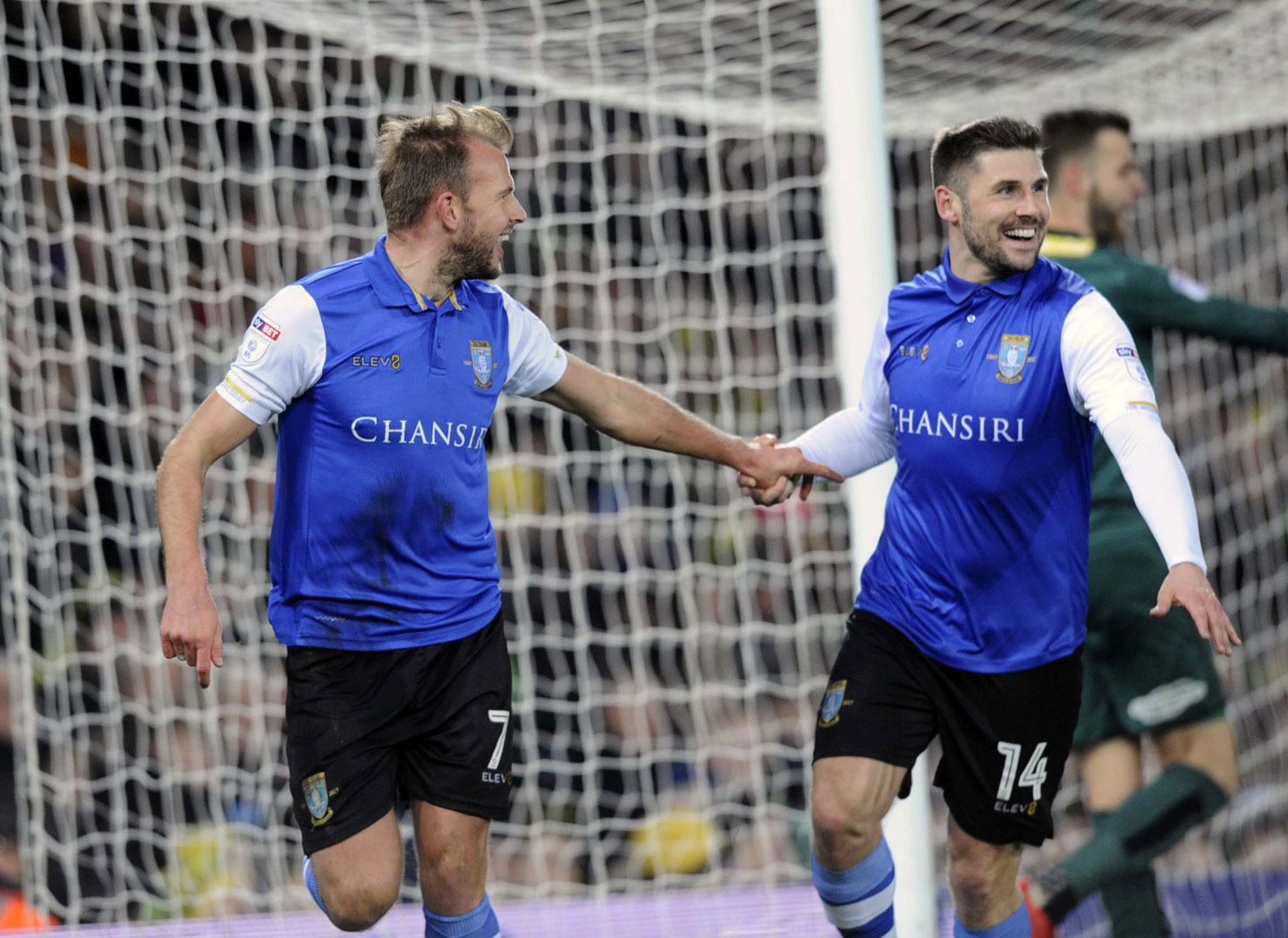 Wednesday went on to control proceedings but on 29 minutes, the Canaries countered and should have levelled.

With a man over down the left side of the penalty area, Maddison fed Oliveira but the Portuguese slotted wide with the goal at his mercy.

Seven minutes before half time, Oliveira went closer with a more difficult chance, this time bringing the best out of Keiren Westwood with a firm header from Ivo Pinto’s cross.

Wednesday responded with Gary Hooper firing straight at Gunn from close range and although a second goal might have been hard on the hosts, few could argue with the visitors’ half time lead.

Norwich, though, began the second period with the bit between their teeth and were almost rewarded when Alex Prichard crossed to Oliveira but Westwood again saved well. 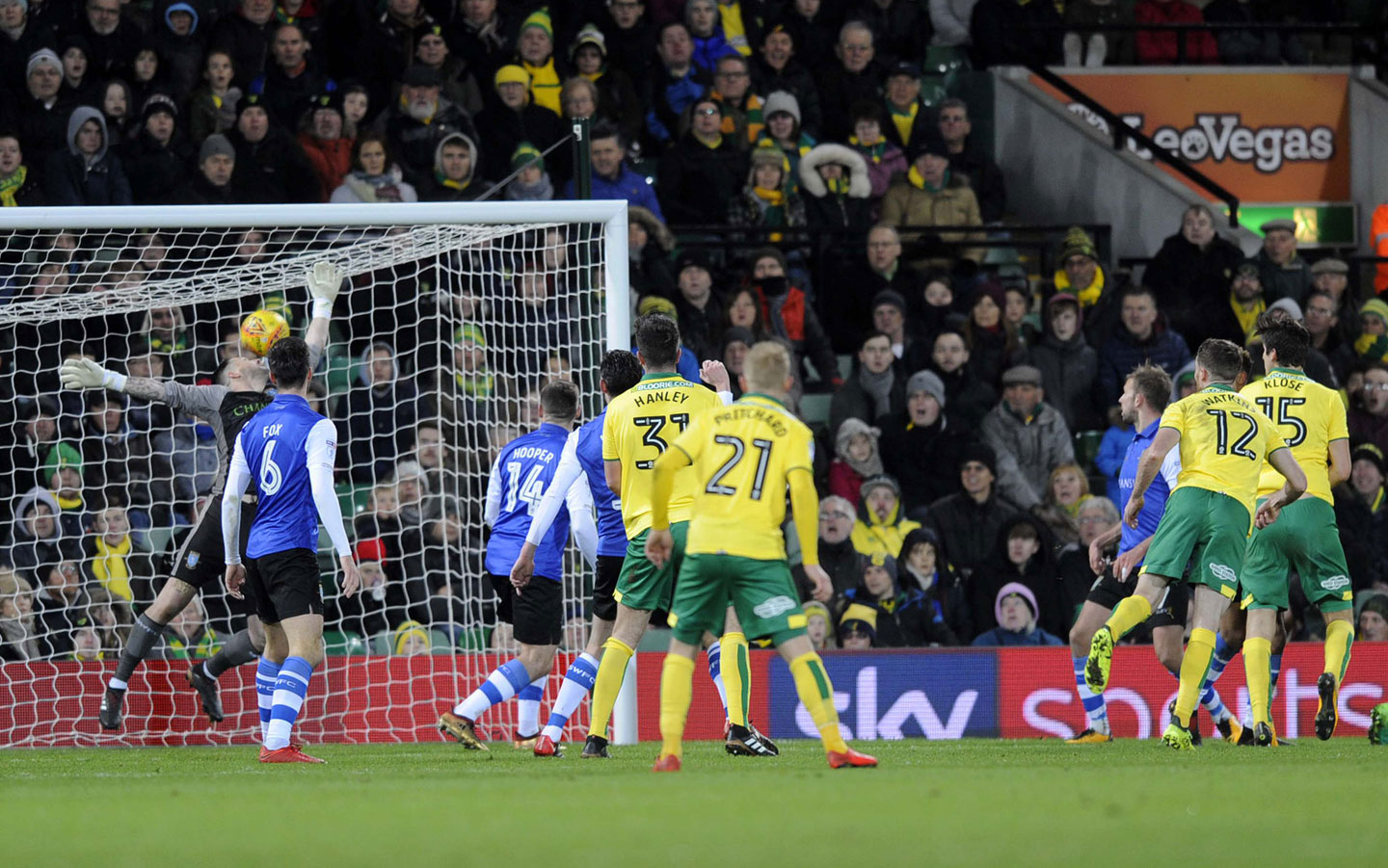 Vrancic then brushed the side-netting with an angled drive before the Canaries got their reward on 56 minutes.

Pritchard burst forward and unleashed from distance, forcing Westwood to parry, only for Maddison to smash the rebound into the back of the net.

Then on 69 minutes, Norwich doubled their tally. Pritchard’s corner was accurate and right into the danger zone, leaving Klose to climb high and thump an unstoppable header home.

The Owls committed numbers forward in search of an equaliser but were caught on the counter by Harrison Reed, who was felled in the box by Barry Bannan.

Oliveira stepped up to blast past Westwood and a miserable evening at Carrow Road for Wednesday was complete.

Sheffield Wednesday fans can pay on the day at Carrow Road this weekend.

The Owls have currently sold just over 1,500 tickets for the long trip down to Norfolk.

Tickets will be available for supporters to purchase on the day at the cash only Carrow Road Ticket Office, along with collections and duplicates.

There will be no price increase on the day for Owls fans; 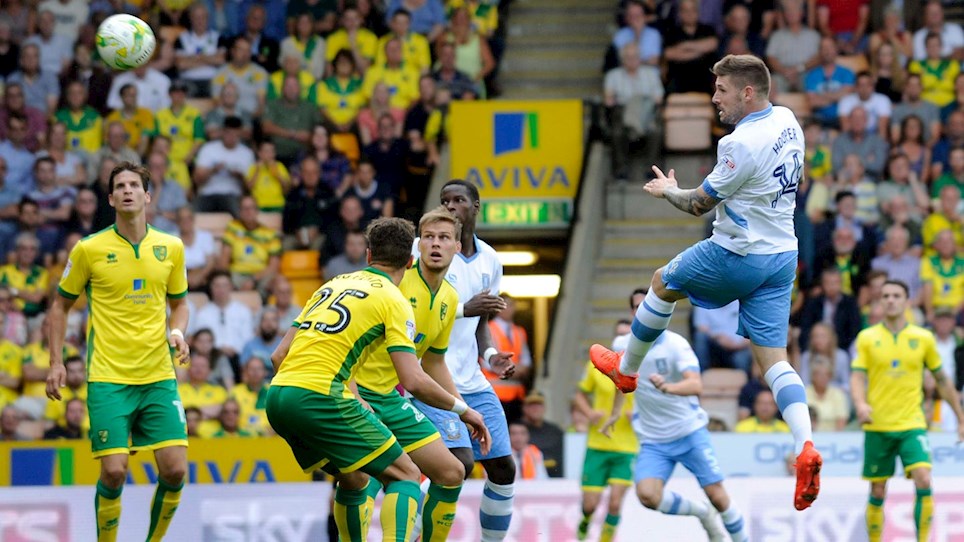