Middlesbrough came from behind to emerge from Hillsborough with a 2-1 win.

Ross Wallace gave Wednesday a first half lead that was overturned in the second by Jonny Howson and Ryan Shotton after Joe Wildsmith saved a Grant Leadbitter penalty.

Boro certainly deserved a share of the spoils given their enterprising second half performance, while defeat was probably harsh on the injury-hit and patched together Owls.

Indeed, they started the game well and forced a string of corners following an Adam Reach shot that just went past the post inside the first minute.

Gary Hooper twice went close as the early pressure was with Wednesday but Boro made inroads as the first half unfolded.

Stewart Downing played a clever ball into the path of Martin Braithwaite who peeled off into space but was thwarted by the alert Wildsmith. 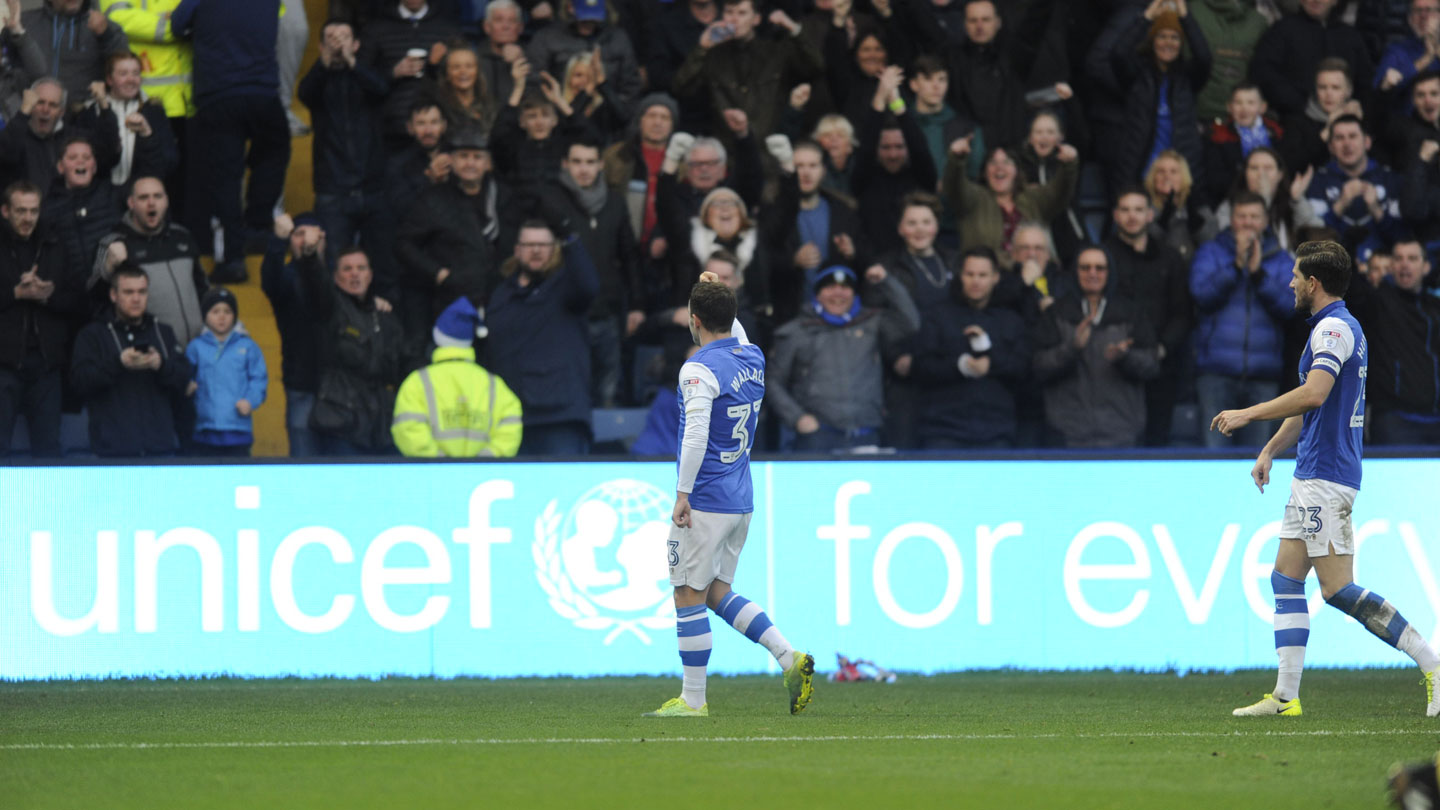 Then, on 18 minutes, the visitors could and should have taken the lead when Cyrus Christie played a super ball to the back post, where Patrick Bamford headed wide with the goal at his mercy.

But right on the half-hour mark, Wednesday did take the lead from the best move of the match.

Daniel Pudil sent Reach scampering down the flank, the former Middlesbrough man pulled back for Hooper, who in turn found Wallace and the wideman slotted home.

The Teessiders rallied before the break and Britt Assombalonga was denied an equaliser by a brave Pudil block before the Boro striker hit across Wildsmith and wide.

Still there was time in an entertaining opening 45 for Liam Palmer to be denied a second goal in Owls colours by Darren Randolph’s smart save.

Atdhe Nuhiu just failed to get a clean connection on Pudil’s feed just after the resumption and at the other end Wildsmith was perfectly positioned to keep out Martin Braithwaite’s low drive.

Assombalonga had the ball in the net on the hour but the linesman’s flag halted the Boro celebrations, before two key incidents injected real drama into the contest. 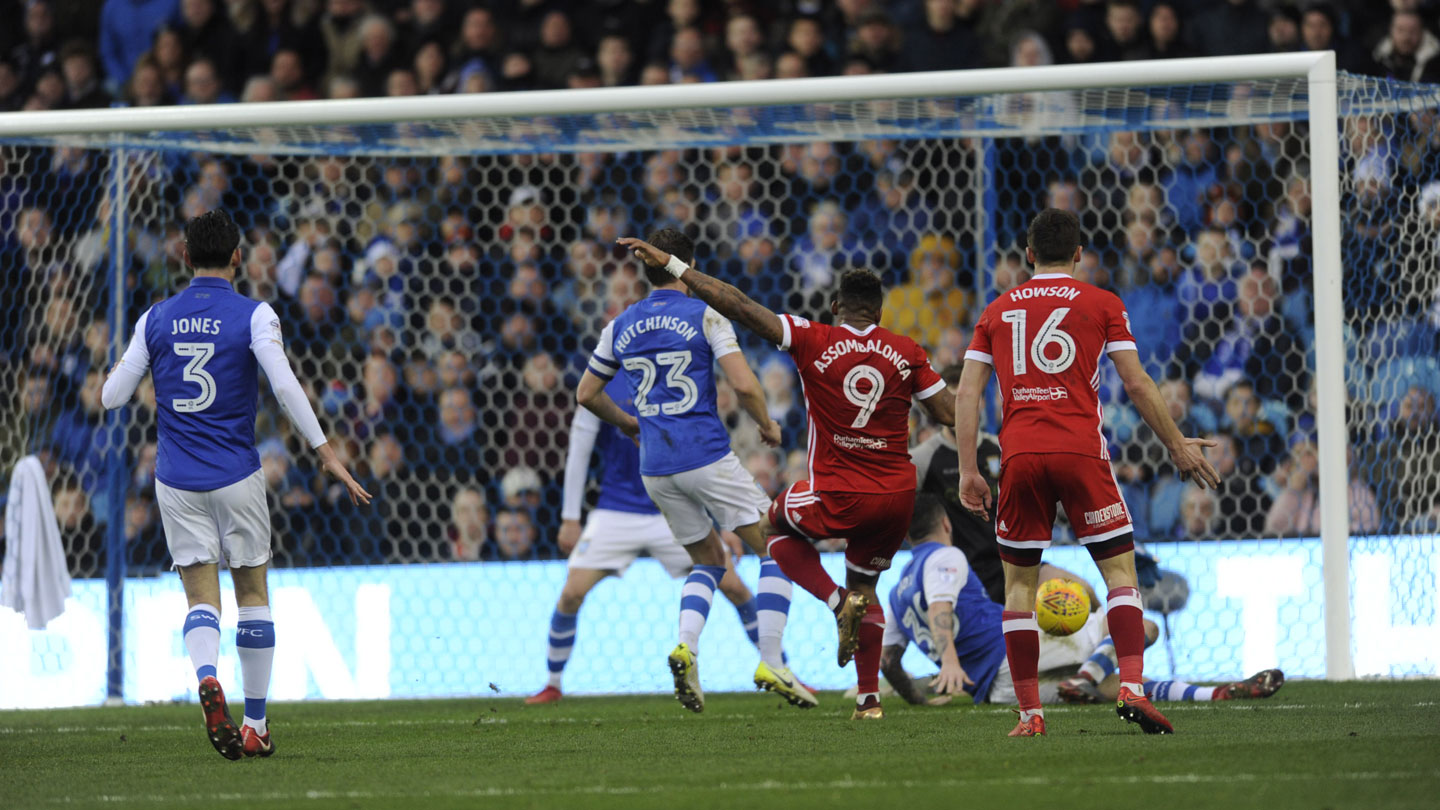 On 69 minutes Boro were awarded a penalty when substitute Jacob Butterfield was adjudged to have tripped Patrick Bamford in the box.

Skipper Grant Leadbitter – normally lethal from the spot – stepped up but Wildsmith guessed right to preserve his side’s advantage.

A minute later, though, and that advantage was wiped out. The ball fell nicely to the onrushing Howson on the edge of the area and the midfield man smashed a fizzing shot into the back of the net.

And it got worse for Wednesday eight minutes from time as the visitors snatched the points.

Downing delivered an accurate corner into the danger zone and Shotton climbed high to glance into the top corner.

This fixture has been designated Category D and also a ‘double discount’ fixture for Adult Owls Members.

Ticket prices start from just £23 for Adult Members – representing a saving of £10 off matchday ticket prices.

Tickets are currently on sale to Season Ticket holders and Owls Members. General sale is from Monday 27 November.

Tickets are available to purchase at the Ticket Office, Owls Megastore, by telephone on 03700 201867 (Option 1, £2 booking fee per ticket) or online at shop.sheffieldwednesday.co.uk.