Aston Villa twice came from behind to emerge from S6 with a 4-2 win and three vital points.

The Owls were twice pegged back by the promotion hopefuls, first by Lewis Grabban after Sean Clare opened the scoring.

Lucas Joao made it 2-1 right on half time but former Wednesday midfielder Glenn Whelan bit the hand that once fed with a goal on his return to Hillsborough.

Then, with the game seemingly heading for a draw, Villa struck twice to give the scoreline something of a flattering look.

First Connor Hourihane hit a sweet shot that appeared to be the winner before Robert Snodgrass sealed victory with a last-minute penalty.

It was hard on a Wednesday side that showed one of their most enterprising performances of the season and Jos Luhukay’s side hardly deserved to go down 4-2. 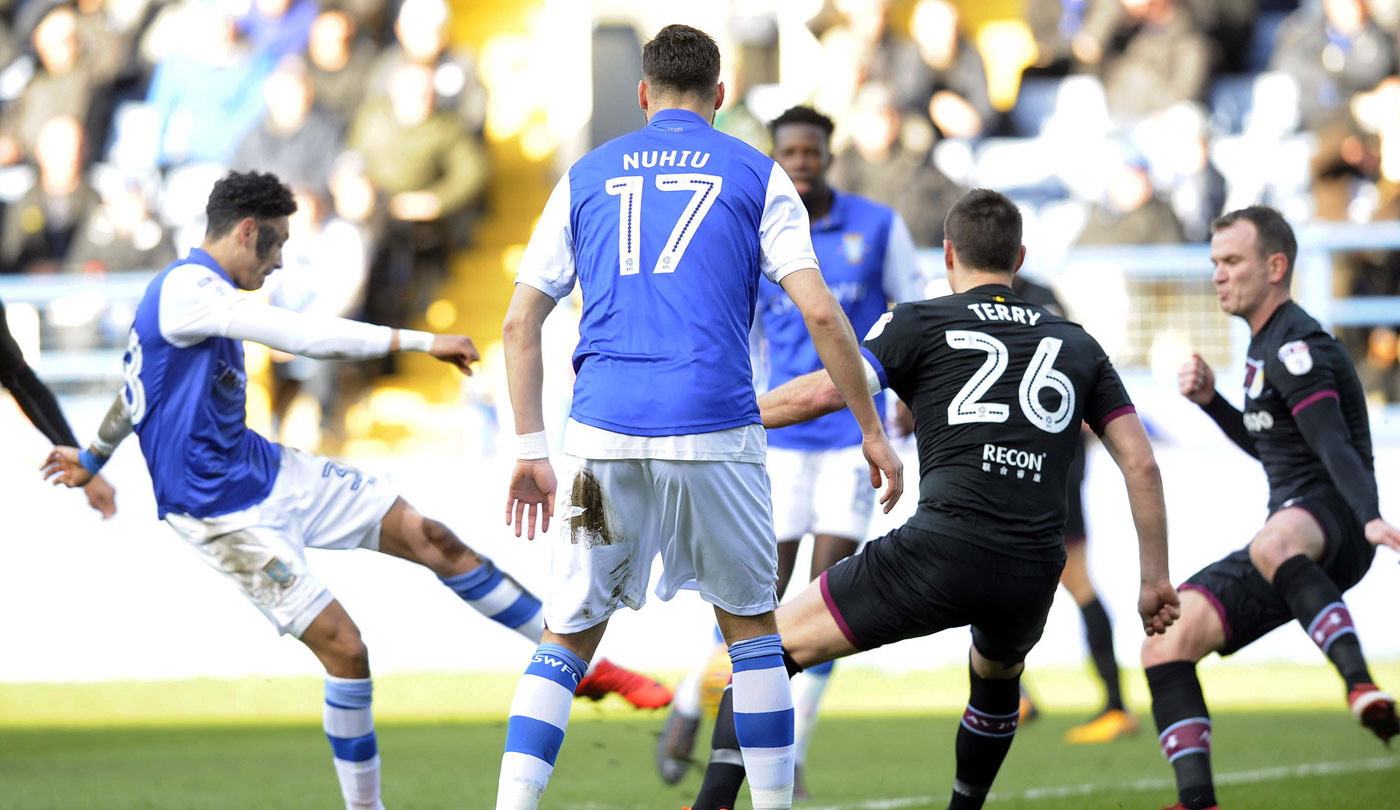 The contest was open from the off, with both sides intent on pushing forward at every opportunity, setting the tone for a pulsating first half.

Adam Reach glanced an inviting cross wide before the Owls, in confident mood, took the lead on 14 minutes.

The goal was well worked too, with Joao sending George Boyd free down the left, the former Burnley man found Atdhe Nuhiu, who chested neatly for Clare to smash his maiden Wednesday goal.

But the advantage was short-lived as Villa levelled just six minutes later. Joe Wildsmith saved a point blank John Terry header and a scramble ensued in the six-yard box that Grabban concluded to equalise.

The Owls were undeterred, though, and pressed on – Joao went close with a diving header from Boyd’s curling feed.

Jack Hunt then took a punt from range, forcing Sam Johnstone into evasive action, and Nuhiu flicked a header inches past the post.

It was all Wednesday as half time approached and a rampaging Reach run led to Clare seeing a low snapshot deflected wide.

The Owls went closer still from the resulting corner as Boyd cut in on the angle and fired a low drive that cannoned off the upright and back into play.

The impressive Boyd tangled with James Chester in the penalty area and the referee was unmoved but three minutes before the break Villa could have overturned the deficit.

Alan Hutton looked up from the left flank to send a perfect ball to Robert Snodgrass but the midfielder’s close range header was smothered by Wildsmith.

And Villa were made to pay for that profligacy almost on the whistle. Johnstone pushed another Clare shot around the post and Joao planted an unstoppable header into the top corner from Reach’s pinpoint corner. 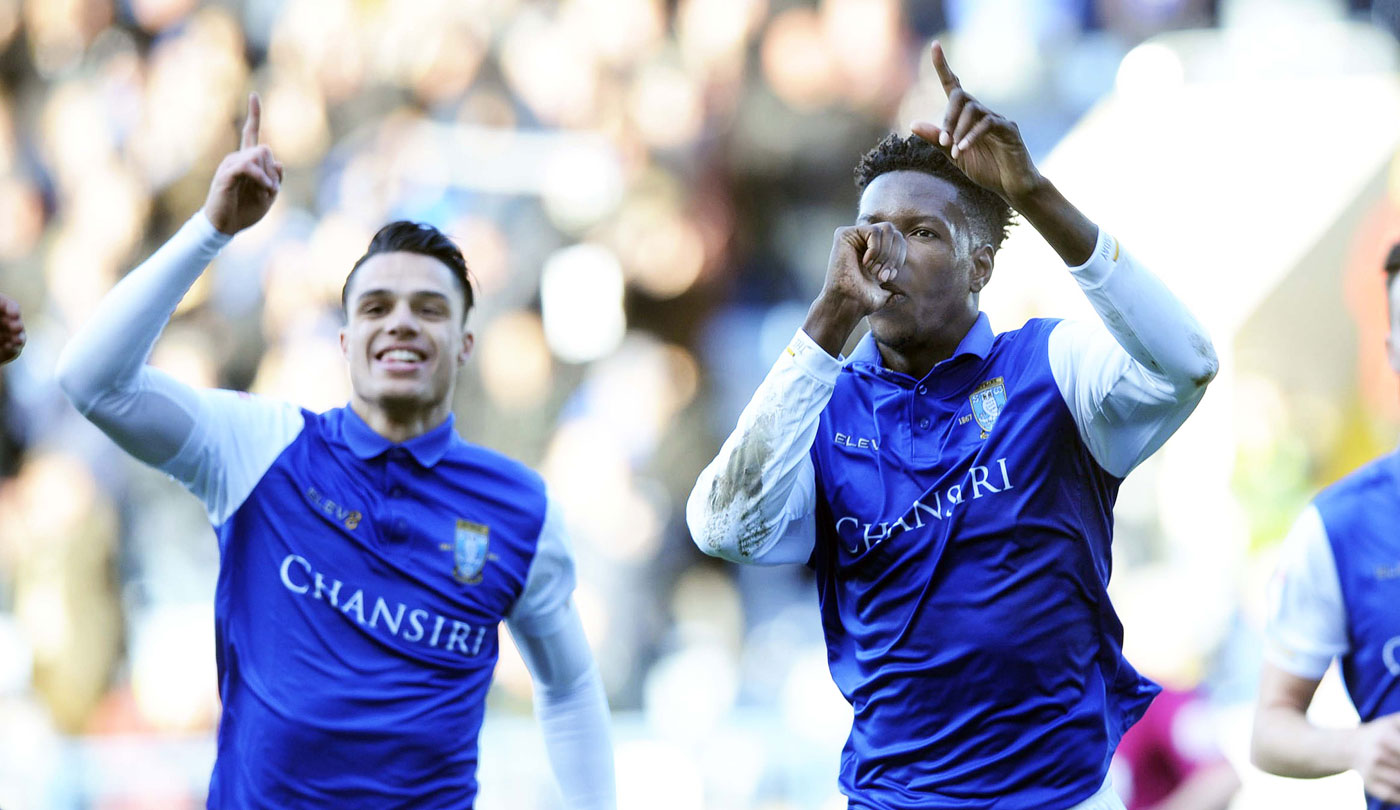 Grabban brought a fine save from Wildsmith moments after the resumption as the visitors sought a quick-fire way back into the contest.

And following an uplift in their game for the second period, Villa did exactly that on 67 minutes.

Snodgrass executed a super delivery right on to the head of the advancing figure of Whelan, who made no mistake three yards from goal.

Villa’s second equaliser served only to spark the Owls and on 75 minutes they came mightily close to restoring the lead.

Clare’s corner was glanced onto the post by Frederico Venancio and somehow Villa cleared their lines when Joao and Nuhiu had efforts charged down.

Johnstone then saved well from Nuhiu as Wednesday looked to finish with a flourish but it was Villa that nicked the points.

A low Snodgrass corner sat up nicely for Hourihane and the Irishman struck a sweet half volley to give Villa the lead for the first time in the game.

One more blow remained with the clock showing 90 minutes when Daniel Pudil barged into Snodgrass, the referee pointed to the spot and the latter did the necessaries from 12 yards.

The Owls host Aston Villa on Saturday 24 February and this Category B game has been designated a ‘double discount’ fixture for Adult Members.

Ticket prices start from £29 for Adult Owls Members and £5 for Under 11 Members on the Kop.

Tickets are currently on sale to Season Ticket holders and Owls Members and will go on general sale from Friday 2 February.