The Owls and Swansea must meet again in the fifth round of the FA Cup following a 0-0 draw at Hillsborough.

That apart, real talking points were few, with the main topic off the pitch the return of former Owls boss Carlos Carvalhal.

Wednesday’s best chance came as early as the second minute when Jacob Butterfield sent Adam Reach in on goal and Kristoffer Nordfeldt got his angles right to divert for a corner.

The hosts went on to more than hold their own against their Premier League opponents, who had to dine on scraps as the first half unfolded. 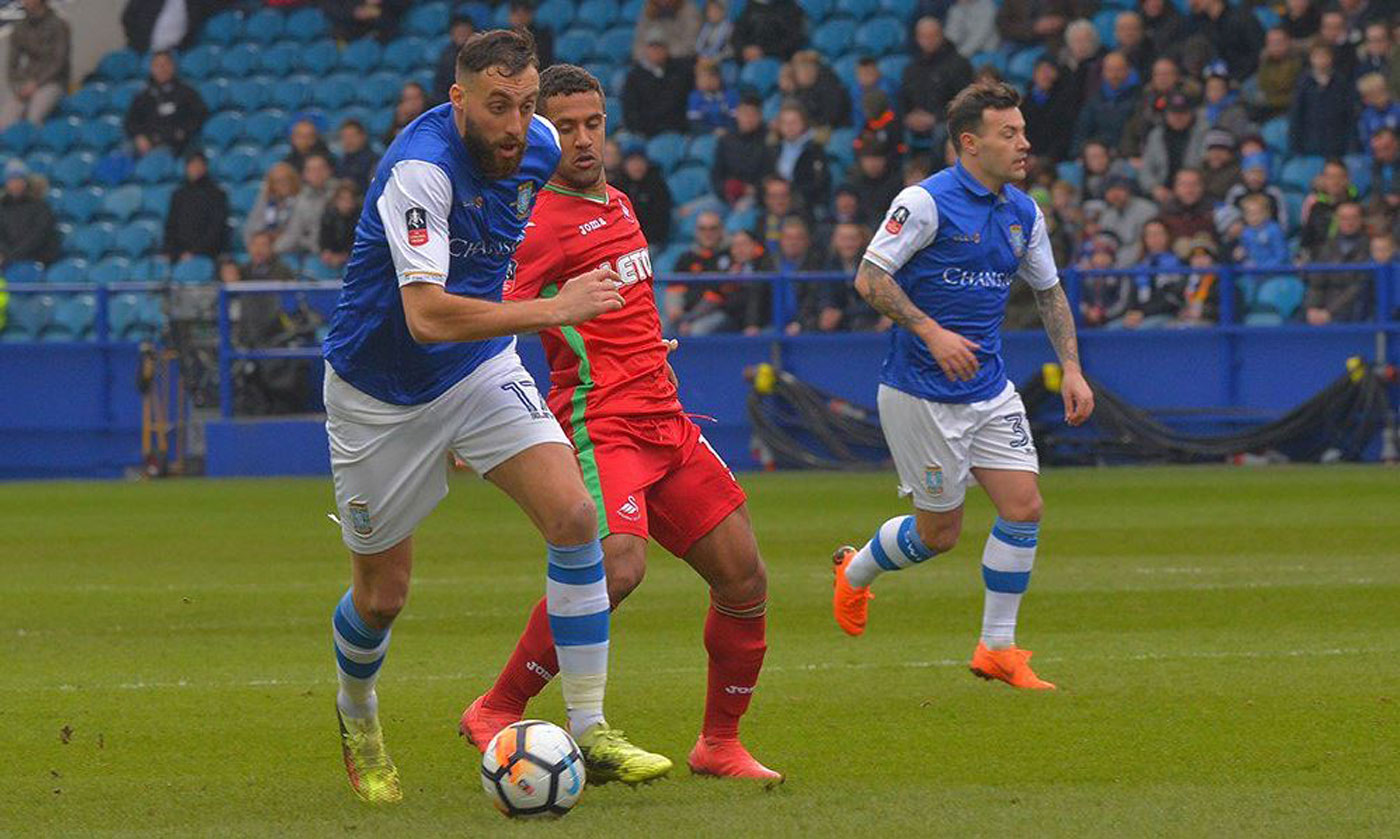 Kyle Naughton had a snapshot deflected wide on the half-hour mark but that was from a rare foray into the final third.

Then, eight minutes before the break, the visitors fashioned the best chance of the half and Wednesday had Dawson to thank for keeping the game on an even keel.

Naughton found room down the right to cross for the advancing van der Hoorn and the Dutchman’s header was firm and goal-bound – but Dawson showed super athleticism to twist and tip over the bar.

The Owls ended the first 45 with Reach glancing a Ross Wallace corner narrowly over and they headed down the tunnel having enjoyed the better of the cup clash.

The second period started with little spark, although Wednesday continued to ask more of the questions. 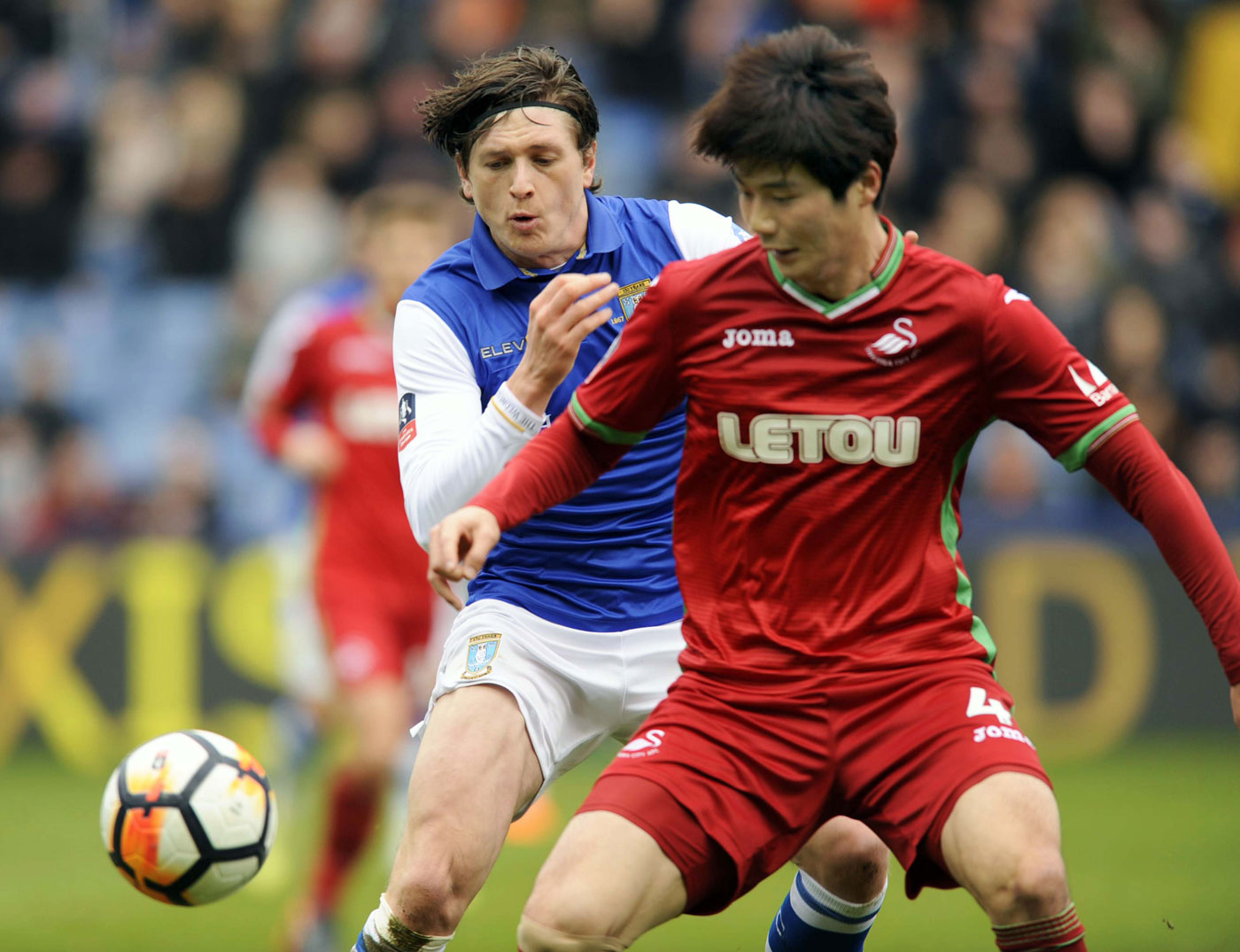 Swansea were limited to attack on the counter and Jordan Ayew saw a low shot from distance comfortably saved by Dawson.

Moments later, fellow substitute Nathan Dyer was thwarted by the Owls’ custodian as Swansea began to up the ante.

Wednesday responded with Atdhe Nuhiu showing some trickery in the box before forcing Nordfeldt into a save low at his near post.

Jos Luhukay introduced Lucas Joao for the closing stages and as the clock ticked down, it seemed neither side favoured a replay.

But the deadlock could not be broken and the tie heads for a replay at the Liberty Stadium the week beginning Monday 26 February.

Tickets for the Owls’ FA Cup fifth round clash with Swansea at Hillsborough are now on general sale.

Tickets are priced as follows

*Season Ticket holders and Members’ prices are only available until 5.00pm on Friday 16 February.

Season Ticket holders have until 5.00pm in store and midnight online on Tuesday 6 February to claim their existing seat.

From 9.00am on Wednesday, all unclaimed seats will be released and made available for general sale.

If different seats are selected, the activate card option will not be available.

Tickets are available to purchase at the Ticket Office, by telephone on 03700 20 1867 (£2 booking fee per ticket) or online at shop.sheffieldwednesday.co.uk.

Hospitality packages are also available for the FA Cup-tie.

Supporters can enjoy a pre-match executive brunch meal, before watching the game from one our private hospitality boxes in the South Stand.

Following the game, guests will also enjoy a one-course meal and all this is available for £75 + VAT for Adults and £55 + VAT for Children.

To enquire about hospitality packages or to book please contact the commercial department on 03700 20 1867 (option 3) or email commerical@swfc.co.uk.