The stoppage time goal completed a brace for Nuhiu after the big man broke the deadlock with 20 minutes to go.

The Owls were pegged back by Jay-Roy Grot on 86 minutes and the game seemed to be heading for a draw.

But Nuhiu had other ideas and his well taken hit right at the last ensured Wednesday completed a league double over Leeds for the first time since the 1959/60 campaign.

It was a positive day all round for the Owls, who welcomed back Sam Hutchinson to the starting line-up and his influence proved key inside seven minutes as Wednesday almost profited from their maiden attack.

The midfielder put in a key challenge in the engine room that found Lucas Joao, who fed Adam Reach but the shot was well saved by Bailey Peacock Farrell.

Hutchinson did exactly the same thing midway through the first half, this time finding Reach direct, whose effort was acrobatically diverted by Peacock-Farrell.

Moments later, though, Leeds could and should have taken the lead from the best move of the match.

A three-man set piece ended with a clear sight on goal for Caleb Ekuban but the Ghanaian was thwarted by Joe Wildsmith.

Ezgjan Alioski was then denied by a last-ditch challenge from Frederico Venancio as the hosts sought the advantage before half time.

But it was Wednesday that came close to that mantle when Hutchinson nodded into the net from close range only for the linesman’s flag to cut short the celebrations.

The break – punctuated by a snow blizzard – came and went and Nuhiu brushed the top of the net with a curling drive from 25 yards.

Leeds enjoyed an enterprising spell during which Gaetano Berardi skimmed an angle shot wide before the travelling fans received a welcome sight with the introduction of Barry Bannan.

Then it got better still for Wednesdayites when their side took the lead on 71 minutes.

Jack Hunt sent an accurate delivery into the penalty area to Reach, whose glancing header hit the foot of the post and the ball fell kindly for Nuhiu to stab home. 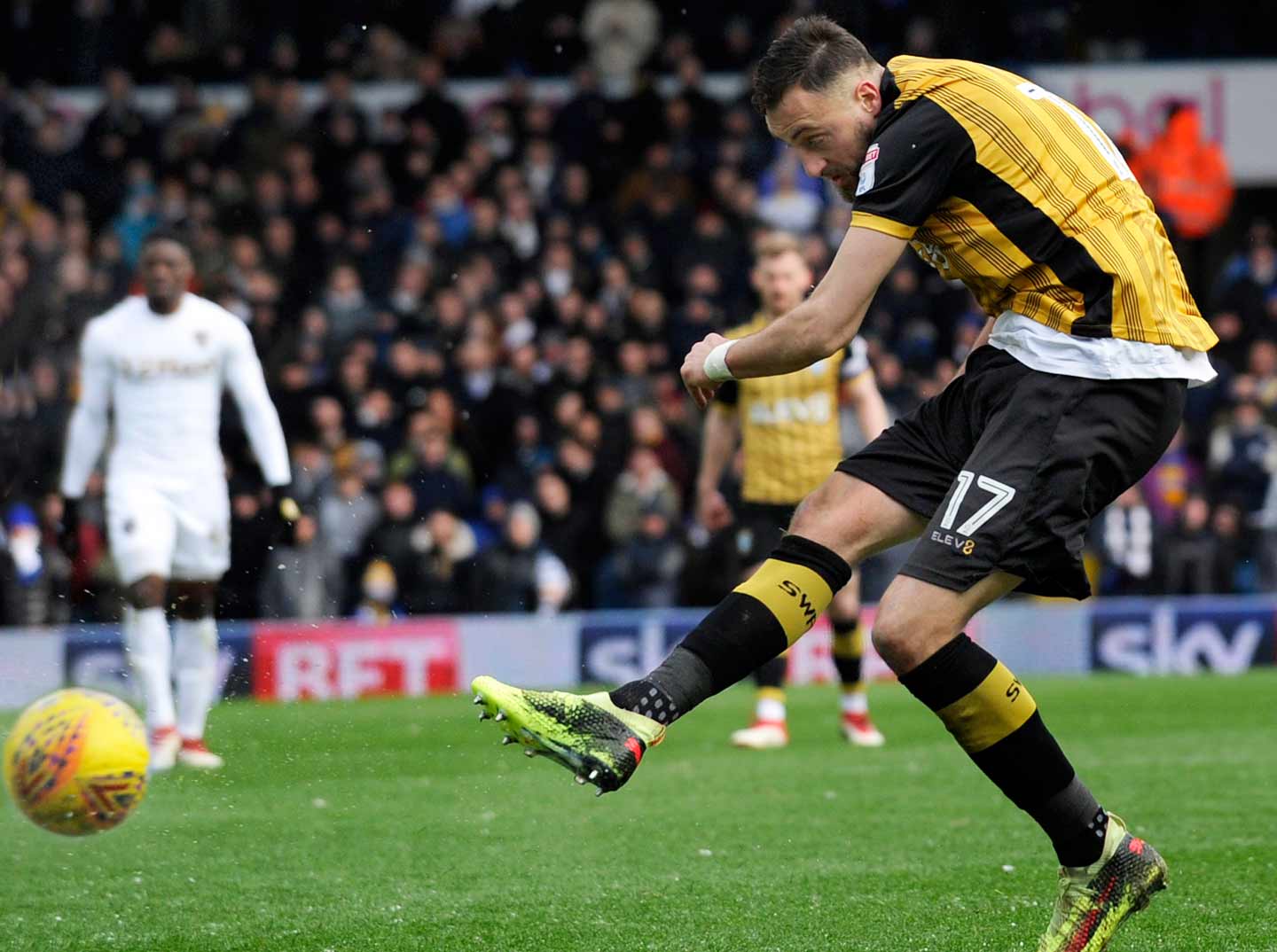 A late onslaught from the hosts was inevitable and when it duly arrived, the Owls were made to pay.

Only four minutes were left on the clock when Pablo Hernandez crossed for Grot to nod past Wildsmith for what appeared to hand Leeds a share of the spoils.

But Man of the Match Nuhiu had the final word, bustling in on goal to finish calmly into the bottom corner deep into added time.

The Owls travel to Leeds on Saturday 17 March (3.00pm) in the Championship and ticket details are as follows:

SWFC have an initial allocation of 2,545 for this all ticket fixture at Elland Road.

There are 12 wheelchair spaces priced as above with a free carer ticket.

The Owls have been allocated 24 ambulant disabled tickets priced at £26 Adults and £18 for Juniors Under 16 with a free carer ticket.

Further ambulant disabled tickets will be available from the standard allocation, priced at the concessionary rate with a carer free of charge. Please note, however, there are a number of steps to this section of the ground.

Inter City Owl departs at 12.15am and is priced as follows:

Monday 12 March (9.00am): Members and Owls Foundation Members with 50 or more TPP