The Owls were dealt a late, late blow in the Welsh capital on Saturday afternoon as Sol Bamba’s stoppage time equaliser denied Carlos Carvalhal’s side the three points.

Gary Hooper’s fourth goal in as many games gave the Owls a deserved lead at the break, but the Bluebirds hit back in the 95th minute to salvage a point.

It was a harsh conclusion to a game that saw Wednesday boss large periods and defend solidly at the other end.

The Owls controlled the contest from the first whistle, frustrating their hosts with crisp passing football all over the park.

Cardiff struggled to gain significant pockets of possession as the Owls dominated the ball, with the midfielders in particular stamping their authority.

That led to Steven Fletcher going close with an early sighter that whistled narrowly over the bar which set the tone for 45 minutes of supremacy.

Kieran Lee ghosted in on goal ten minutes before the break in trademark style only to be denied at the last by Sol Bamba as Wednesday edged closer to the breakthrough.

The Bluebirds were limited to ambitious efforts from range that failed to trouble Keiren Westwood and on 39 minutes, the Owls duly took the lead.

Joost van Aken motored upfield and found Adam Reach on the left, who crossed for Hooper to apply the finishing touch with a glancing header.

It was no more than Wednesday deserved and they went down the tunnel at half time squarely in the box seat.

It was a whisker away from 2-0 just after the resumption when Lee Peltier almost sliced into his own goal from a Kieran Lee corner - the defender was the most relieved man in the stadium when the ball flew just over the top.

Cardiff replied with Nathaniel Mendez-Laing shooting goalwards but Barry Bannan diverted the danger before Junior Hoilett forced Westwood into a near post save.

The Bluebirds were certainly improved in the second period and asked more questions but nearly fell to a sucker punch on 70 minutes.

Van Aken swung a superb pass from all of 50 yards to Steven Fletcher in the box and the Scot smashed a fierce strike that curled just the wrong side of the post.

Tom Lees thwarted Mendez-Laing with a perfectly timed challenge on the edge of the area in the closing stages but there was a late twist and cruel blow for the visitors in added time.

As the hosts threw forward everything they had, Lee Tomlin’s free kick in the 95th minute was parried away by Westwood, before the advancing Mendez-Laing squared for Bamba, who had all the goal to aim at from close range.

The points were shared in Cardiff as Wednesday now look forward to next Sunday’s clash against city rivals Sheffield United at Hillsborough.

Only a handful of tickets remain for the Owls’ trip to The Cardiff City Stadium on Saturday.

Supporters planning to attend the fixture in the Welsh capital should note there are no ticket sales on the day of the game.

The last remaining tickets are on sale now in the Owls Ticket Office, at the Sheffield Wednesday Online Shop or by telephone on 03700 201867 (option 1) (£2 booking fee per ticket)

Fans are urged not to travel without a valid match ticket.

Pre-paid tickets will be available for collection from the away ticket office, located at Gate 12 from 1.30pm. 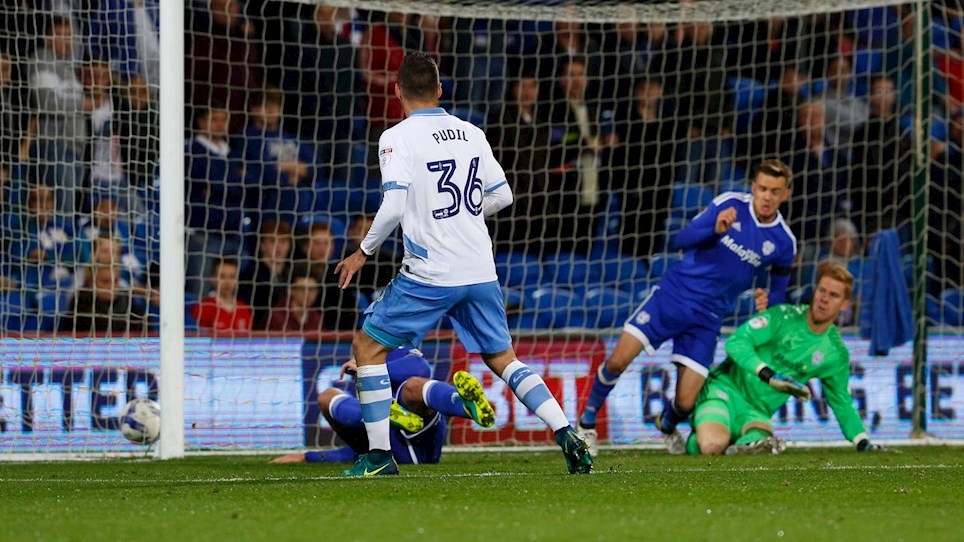