Sheffield Wednesday turn their attention back to the Carabao Cup this evening at Hillsborough.

Having defeated Sunderland 2-0 at The Stadium of Light in the first round, Wolves are next-up in the competition and here’s all you need to know ahead of the game.

The Owls head in to the game on the back of two successive league wins on home soil, with Jos Luhukay’s squad picking up victories over Millwall and Ipswich.

In what has been a busy start to the campaign, Wednesday host their third game in six days with Premier League side Wolves making the trip for the Carabao Cup clash.

Wolves enter the competition at this second round stage. 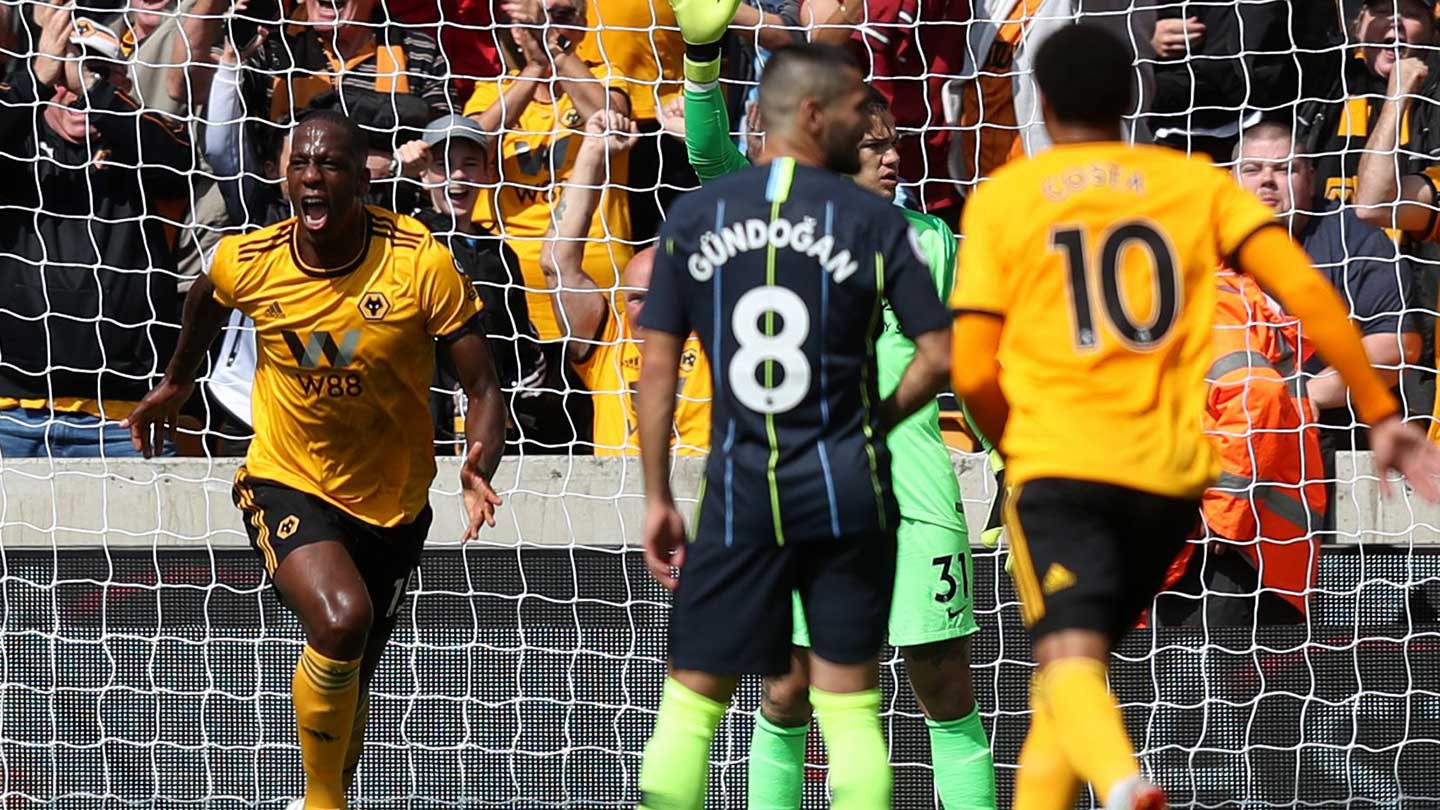 Willy Boly gave Wolves a second half lead before Aymeric Laporte equalised for the visitors.

Beginning the season with an entertaining 2-2 draw v Everton, Wolves were defeated 2-0 next time out away at Leicester but can reflect positively on their return to the top flight thus far.

Owls: Manager Jos Luhukay has confirmed that Fraser Preston will be available for this evening’s cup clash.

The 19-year-old made his full debut last Wednesday as the Owls defeated Millwall 2-1, but missed the victory over Ipswich on Saturday. 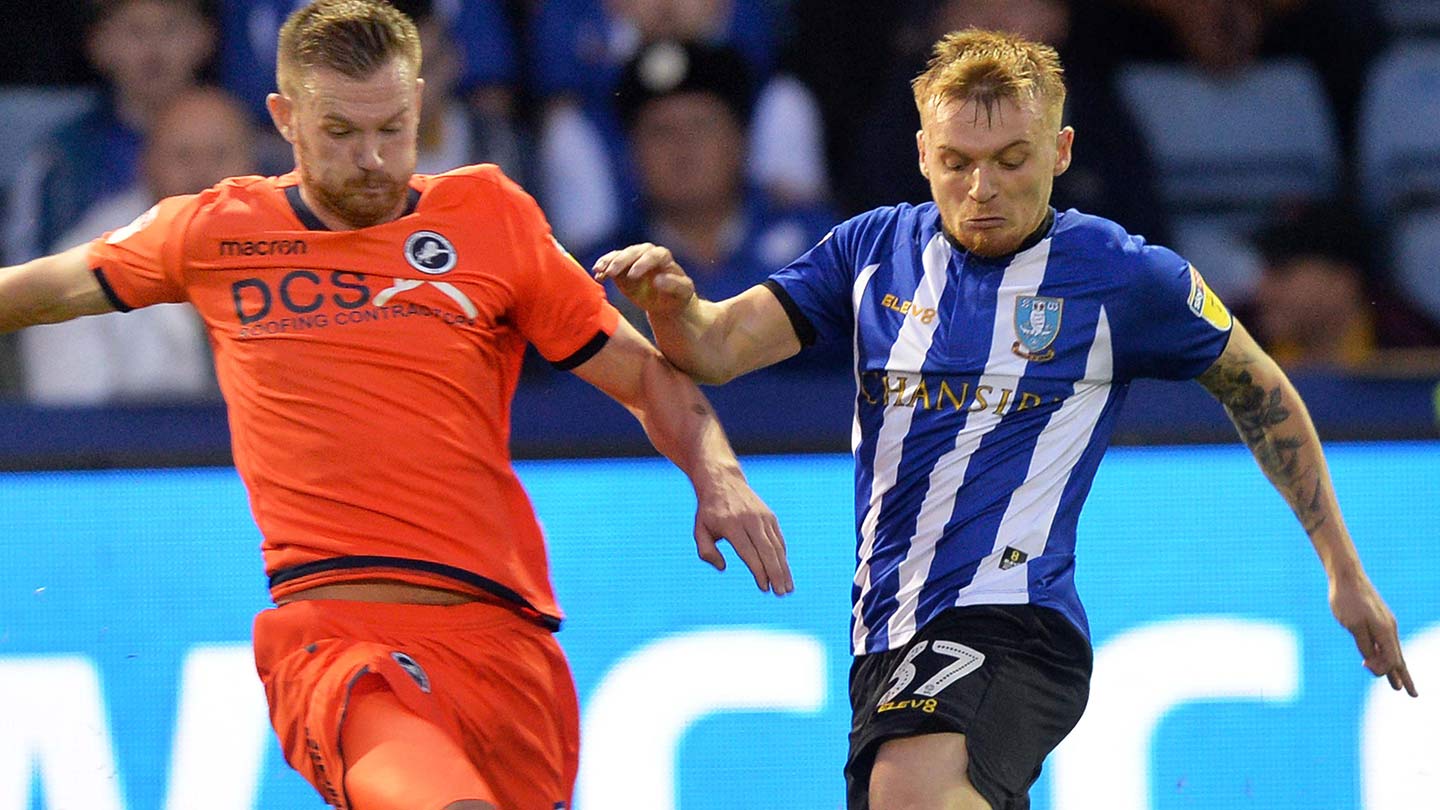 Luhukay made seven changes for the first round clash against Sunderland and is likely to shuffle his pack again this evening.

Wolves: New boy Leander Dendoncker could make his debut against the Owls having failed to make the squad against either Leicester or Manchester City.

There are no fresh injuries for the Molineux side with Ivan Cavaleiro (back) the only notable absentee.

Season Ticket holders and Members have until 5.00pm to purchase their tickets at the reduced prices of: £10 Adults and £5 Over 65s/Under 17s.

Join us for exclusive online match commentary from Hillsborough with Rob O’Neill and John Pearson providing a blow by blow update of the Carabao Cup encounter.

Subscribers are reminded that cup fixtures will not be broadcast live on iFollow.

Pick up your matchday programme from around the ground for £3 – for this edition, we continue our cover and feature section with Adam Reach, who visited Victoria Quays. 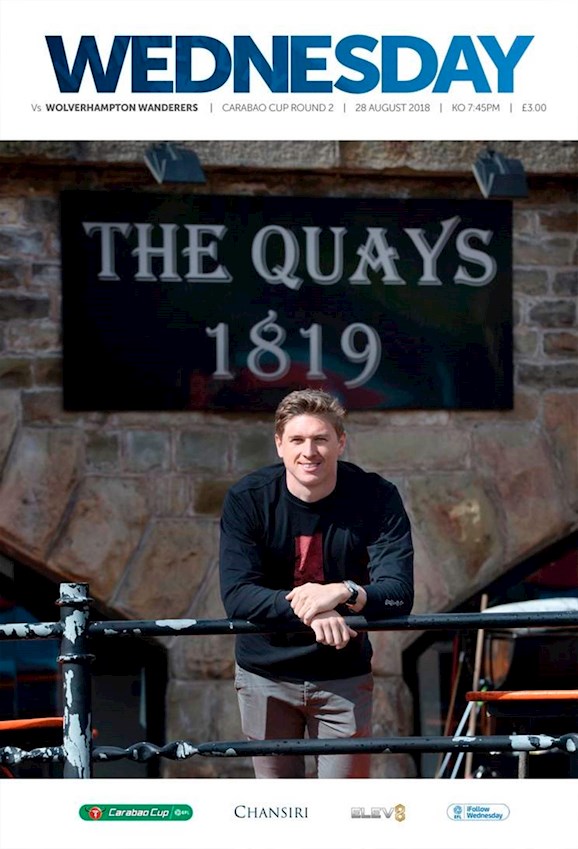 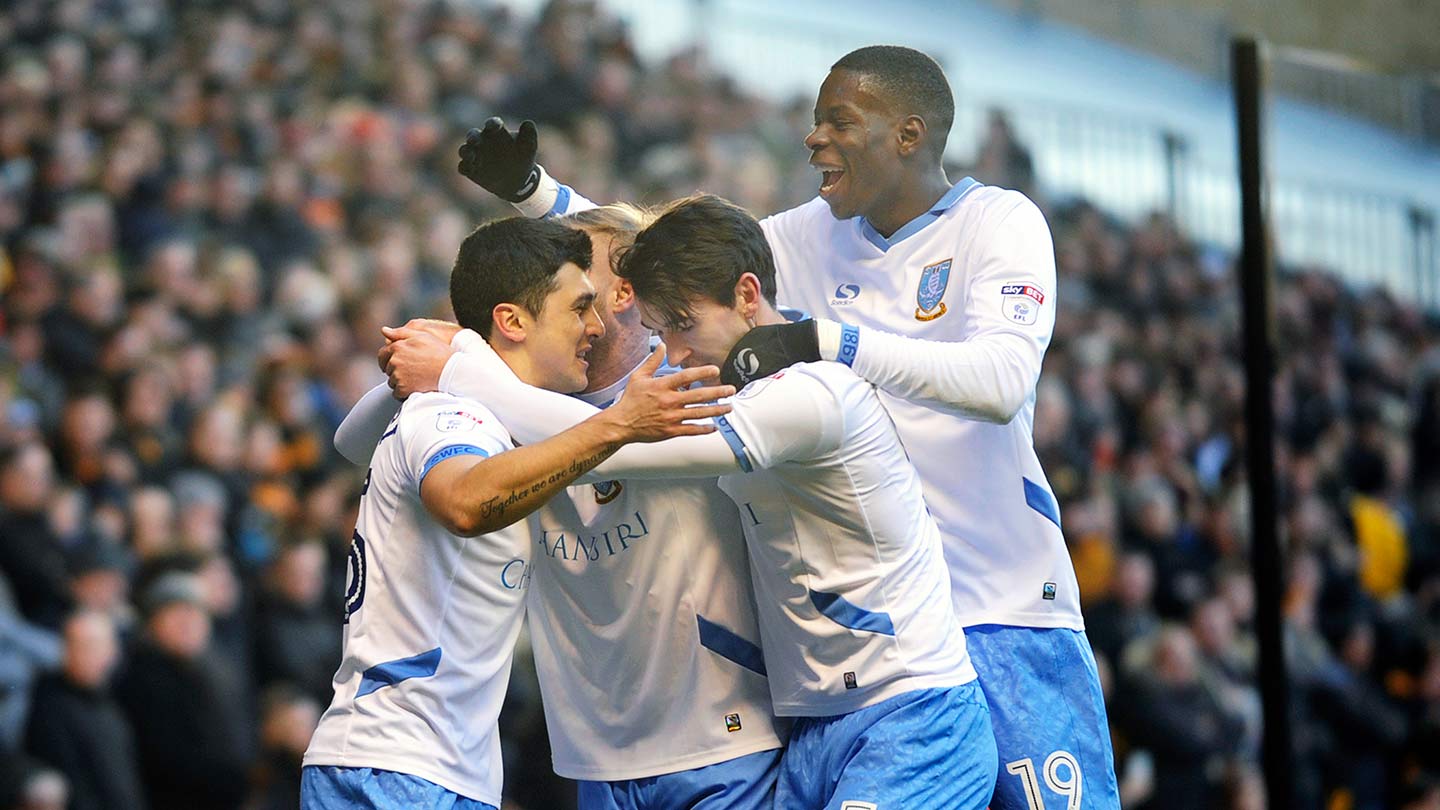 The Owls exited the Carabao Cup at the hands of Premier League new-boys Wolves on Tuesday night.

Leo Bonatini and substitute Helder Costa netted second half goals to ensure the Midlanders’ progress to round three.

Wednesday gave a fair account of themselves given that Jos Luhukay rang the changes, switching his whole starting XI for the cup-tie under the Hillsborough lights.

From front to back, the entire team had a fresh look given the Owls’ testing schedule of three games in six days.

Wolves too shuffled their pack and after a doubly deflected David Jones free kick inside two minutes almost caught out John Ruddy in the Wolves’ goal, the contest played out on an even keel. 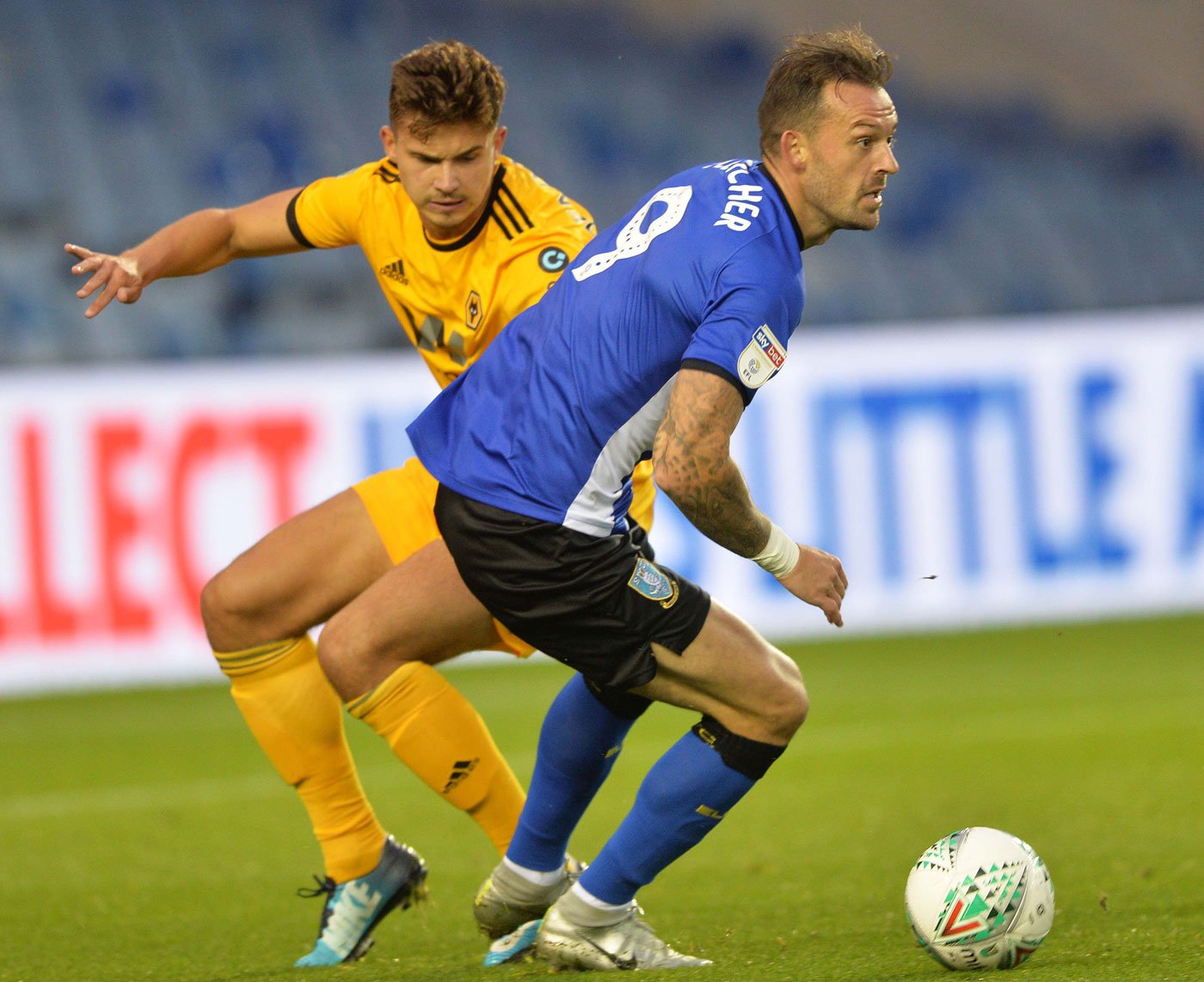 Wednesday enjoyed plenty of possession without calling Ruddy into action, while the same was true of the visitors and Joe Wildsmith.

But on the half-hour mark, Wolves crafted a golden opportunity that was spurned.

Bonatini threaded through for Morgan Gibbs-White but the forward skewed his shot wide advancing on goal.

Gibbs-White missed another chance just after the restart but Bonatini made no mistake on 53 minutes to open the scoring.

Pace ace Adama Traore, a danger all night, motored down the right flank and pulled inside for Bonatini, who drilled low across Wildsmith and in. 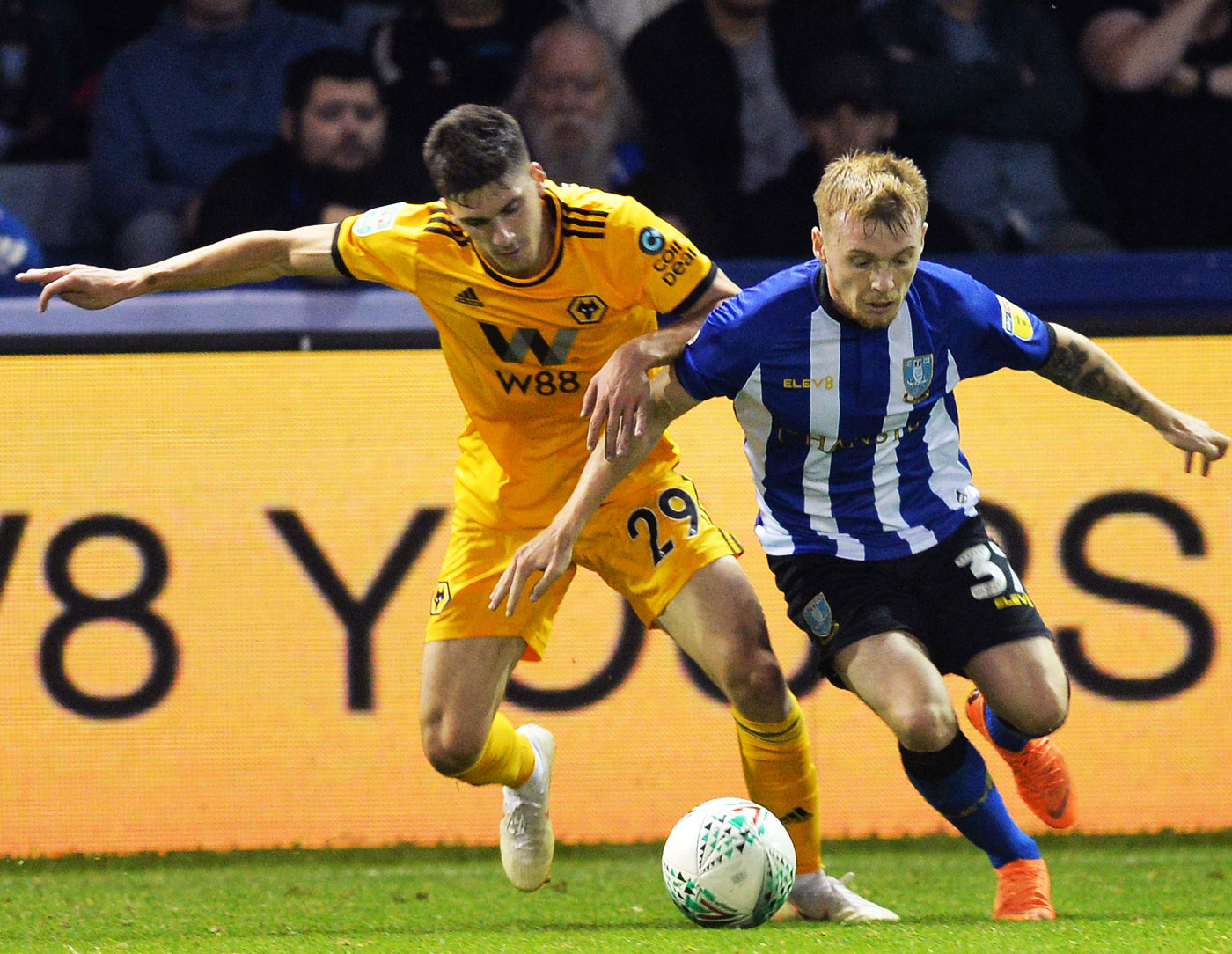 Gibbs-White then slammed the outside of the post from range as Wolves sought to put the contest to bed.

But Wednesday were far from finished, as evidenced when Steven Fletcher forced Ruddy into a diving save from an acrobatic effort.

Ruddy then kept out Fernando Forestieri’s opportunist free kick before Costa completed victory from the penalty spot with six minutes to go.

Morgan Fox tripped the Portuguese in the area following a pacey drive forward and the latter rose to send Wildsmith the wrong way from 12 yards.

Tickets for the Owls’ Carabao Cup second round clash with Wolves at Hillsborough are now on sale to Season Ticket holders and Club Members.

Tickets will go on general sale from Thursday 23 August at 9.00am and are priced as follows:

Please note the Grandstand and Kop are not open for this fixture.

Season Ticket holders within the South and North Stand have until 5.00pm on Wednesday 22 August to claim their existing seat.

After this date all unclaimed seats will be released and made available for general sale.

Tickets are available to purchase in person at the Ticket Office, Owls Megastore, by telephone on 03700 201867 (£2 booking fee per ticket) or online via the SWFC online shop. 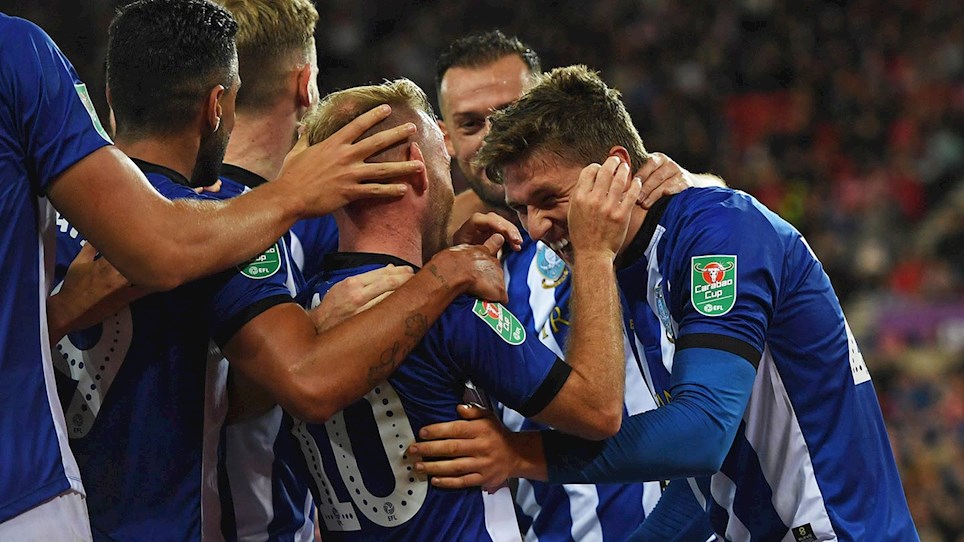