An absorbing contest over the Pennines saw the Owls make the short hop home with nothing to show from a five-goal thriller with Wigan.

Michael Jacobs opened the scoring before Atdhe Nuhiu - later to see red - equalised only for Jacobs to bag a second.

Nick Powell put the Latics in the box seat after the break but Fernando Forestieri pulled another one back for Wednesday.

But it was too much for the visitors and despite finishing the stronger, Wednesday’s luck was out and they finished with ten men when Nuhiu saw an earlier yellow card upgraded to red.

It was a warm welcome to the new Championship campaign in every sense as a frantic start unfolded beneath the Lancashire sun.

Nuhiu almost broke free on goal inside five minutes following some trickery from Adam Reach before the enterprising Owls won two corners and bossed the ball.

But the Latics emerged into the contest and after showing brief glimpses of threat, took the lead on 11 minutes.

A loose ball fell kindly into the path of Jacobs, whose low drive was deflected away from and over the unfortunate Cameron Dawson in goal.

It took just eight minutes, though, for Wednesday to get back on terms. Reach sent a driven cross into the box and Nuhiu was on hand to slot past Christian Walton after his first shot was stabbed off the line. 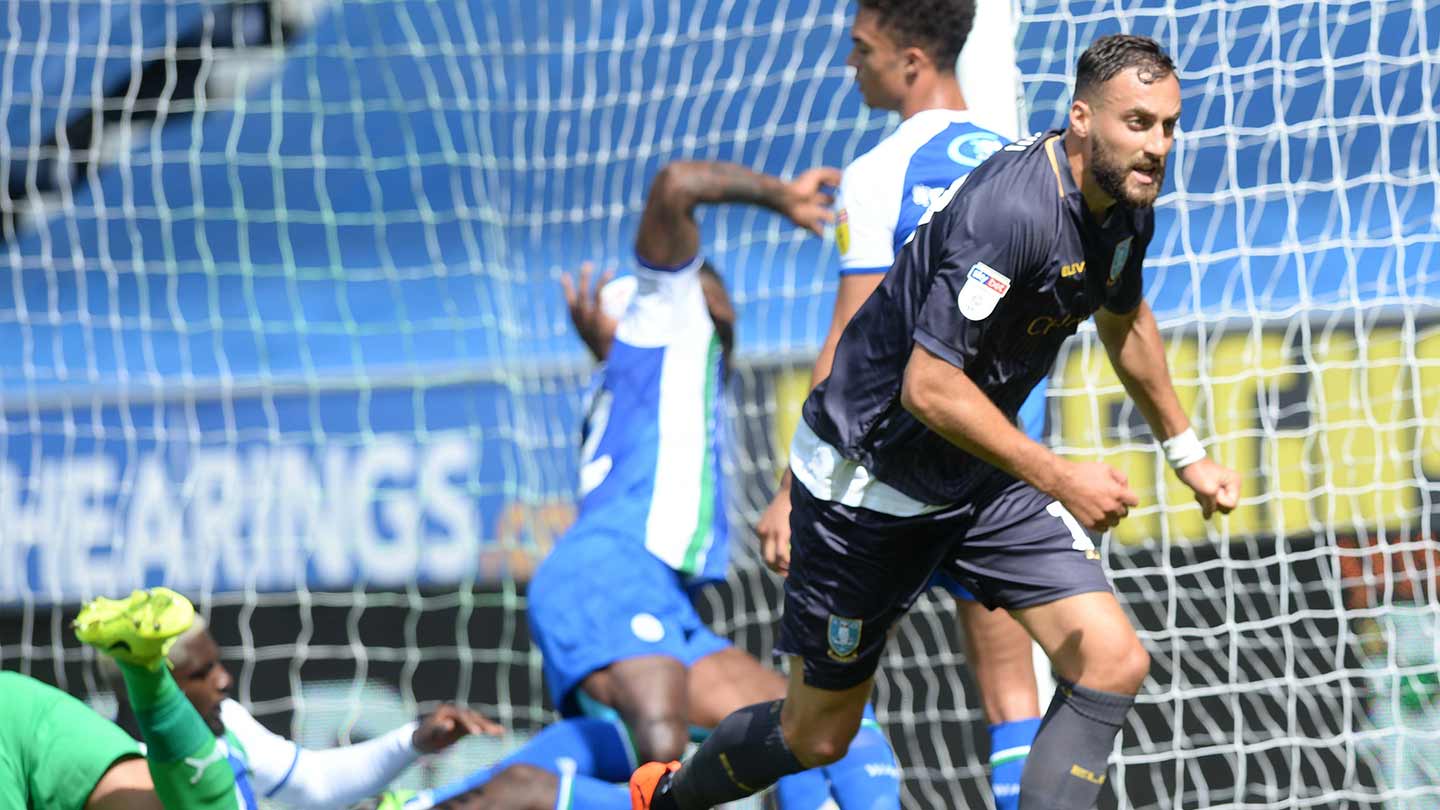 And five minutes later in an incredibly open contest, Wigan restored their lead, with Jacobs doubling his tally.

A deep cross from the right was skewed by Will Grigg but when Wednesday failed to clear their lines, the advancing Jacobs smashed low and hard into the middle of the net.

Calm was needed such was the frenetic nature of the start but Jacobs was having none of that and came within a whisker of signing off the first half with a treble but his angled curler smashed against the frame of the goal.

If the Owls thought that was a let-off, they were punished on the hour when Wigan extended their lead.

Wednesday lost the ball on halfway and Gavin Massey advanced to force Dawson into a block save but Powell was on the spot to apply the final touch.

But the Owls were far from beaten and halved the deficit on 68 minutes. Reach found substitute Lucas Joao lurking on the edge of the area and the Portuguese cleverly fed Forestieri, who picked his spot to beat Walton.

The action was non-stop and three times in one mad minute it was almost game over. First, James Vaughan climbed off the bench to head against the bar, then Massey forced a super save from Dawson when the goal was gaping.

Vaughan did find the net moments later but his header was ruled out for offside, triggering a grandstand finish at the DW Stadium.

Wednesday looked the more likely as they sought a late leveller but those plans were thwarted when Nuhiu picked up a second yellow card in stoppage time to compound a frustrating start to 2018/19. 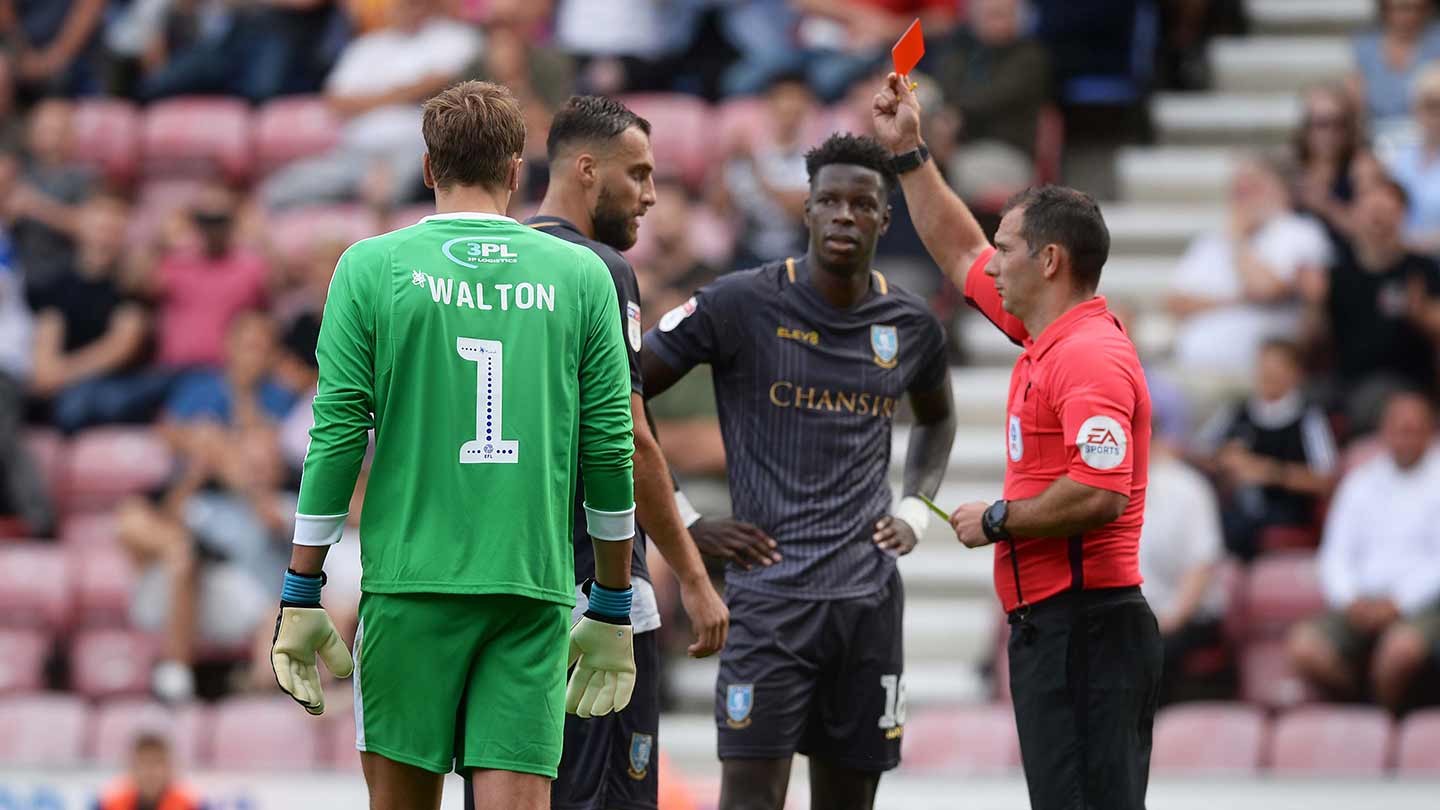 The Owls begin their 2018/19 Championship campaign with a trip to Wigan on Saturday 4 August (3.00pm) and ticket details are as follows:

SWFC have received the full allocation of 4,550 tickets for this fixture.

*Please note all Under 5s and Under 11s must be purchased with an Adult ticket and are available only direct from the Ticket Office.

There are 14 wheelchair spaces which are priced as above plus a carer free of charge.

Sheffield Wednesday are running official travel coaches for this fixture, which depart from Hillsborough and Flat Street at 11.00am.

Tickets can be purchased in person at the Ticket Office, Sheffield Wednesday Online Store or by telephone on 03700 201867 (option 1) (£2 booking fee per ticket)