The Owls are back on the road for the second time this season with a trip to Millwall on Saturday.

Wednesday have begun the campaign in strong style with six points from six, including an away win on the opening day at Reading and last weekend’s home victory over South Yorkshire rivals Barnsley. 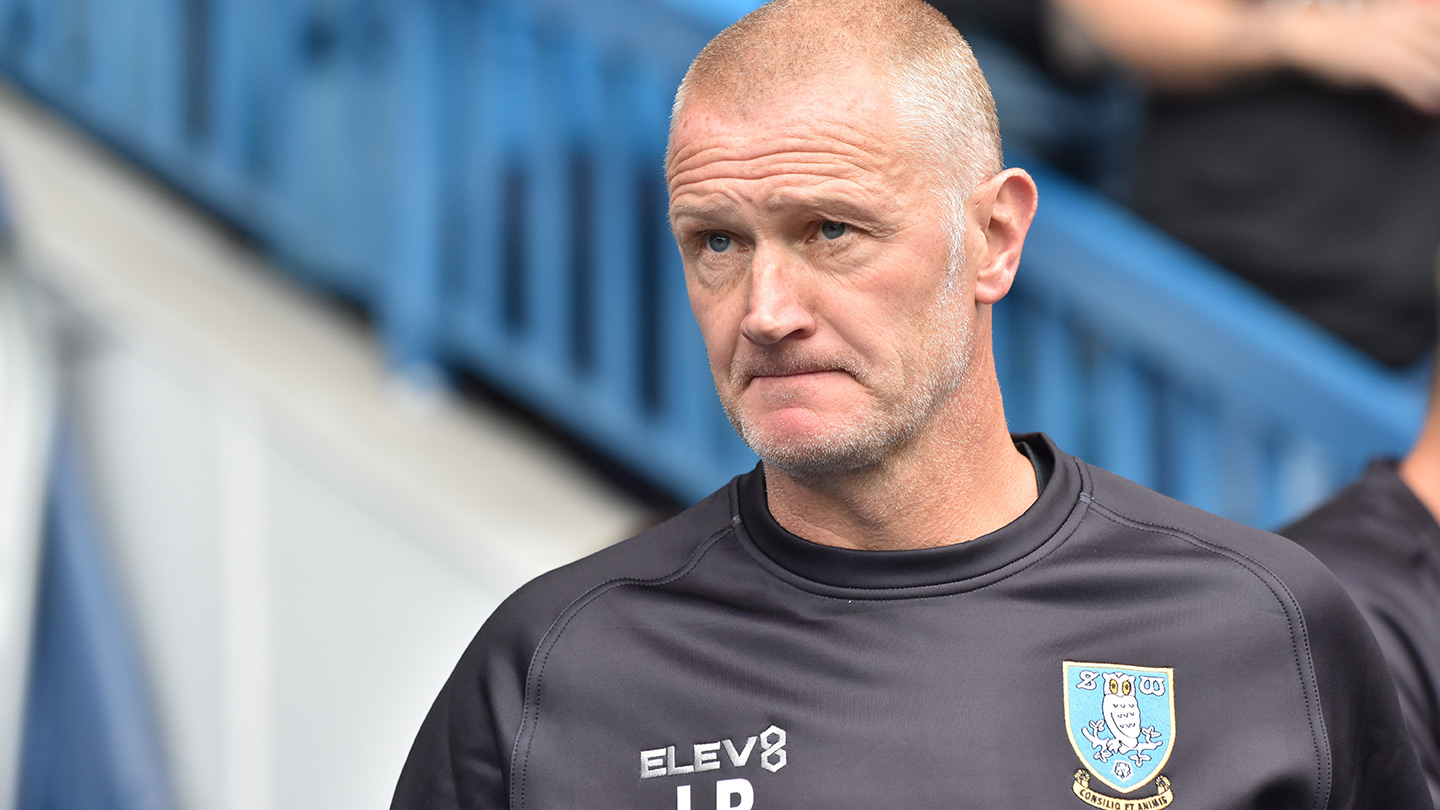 The Lions, meanwhile, are unbeaten from their first three outings this season.

Neil Harris’ side began the season with a 1-0 home win over Preston before picking up a point in the 1-1 draw away at West Brom.

But Millwall travelled back to the Hawthorns in midweek for the EFL cup-tie and advanced with a 2-1 win, as goals from Tom Bradshaw and Aiden O’Brien secured a place in round two.

SWFC: Keiren Westwood and Dominic Iorfa are back from suspension.

The Owls goalkeeper has served a one-match ban after his dismissal at Reading on the opening day, while Iorfa’s three-match suspension dating back to last season is complete. 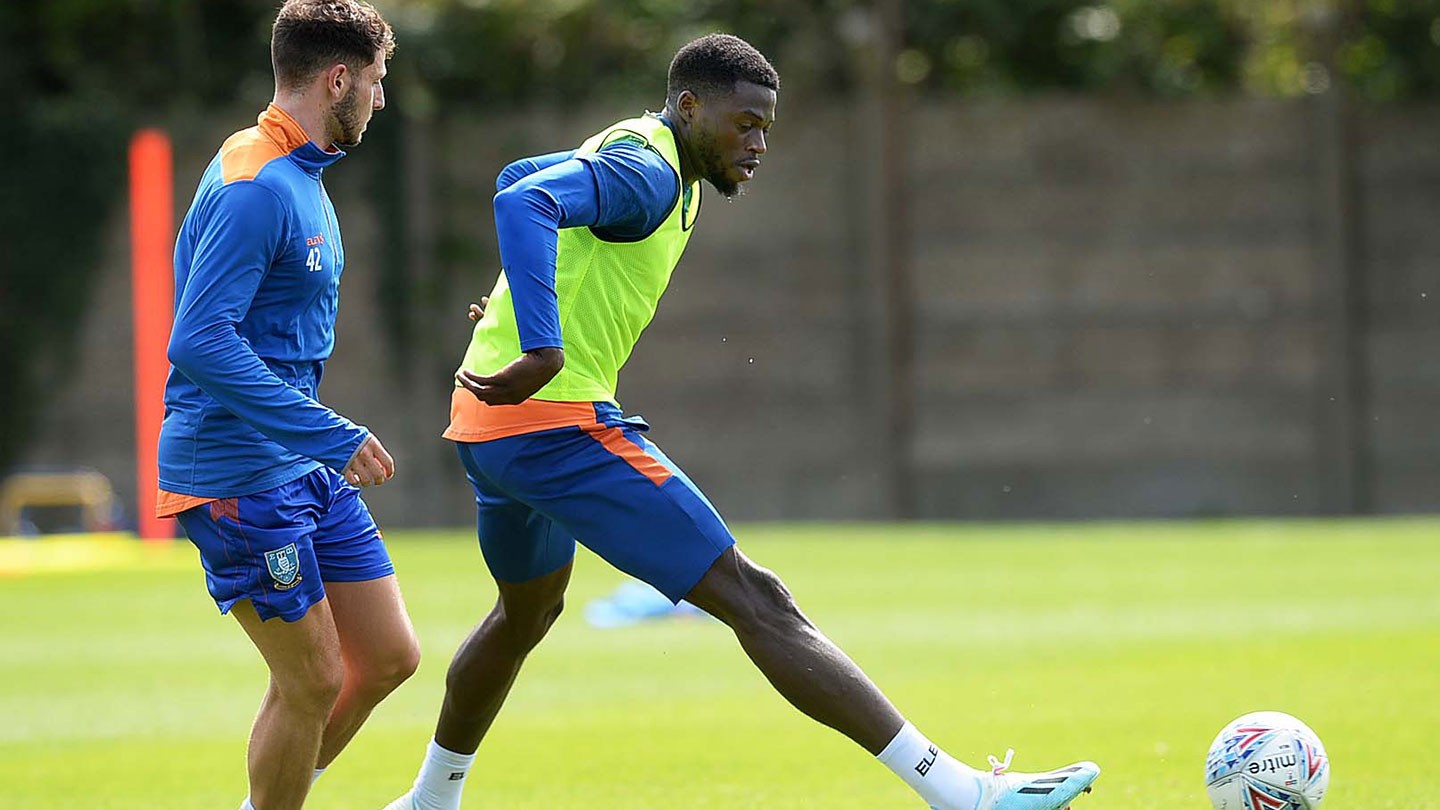 Barry Bannan (calf) missed out in the 2-0 win over Barnsley but could return to action this weekend at the Den. The midfield man will be assessed ahead of the trip to the capital.

Adam Reach (toe) suffered a knock in the clash with the Reds but has trained all week and is fit for selection.

Millwall: Frank Fielding (thigh) is ruled out for the clash with Wednesday.

Bartosz Bialkowski was named in goal for the Championship clash with West Brom last Saturday, while Luke Steele was handed the gloves for the midweek cup clash at the Hawthorns.

Bialkowski is likely to be given the nod.

Mahlon Romeo, Ben Thompson and Shaun Williams all appeared off the bench in midweek and could come back into the starting XI this weekend.

Tickets for our trip to Millwall have sold out.

The Owls are reminding supporters of their conduct whilst following the team both at Hillsborough and away from home. 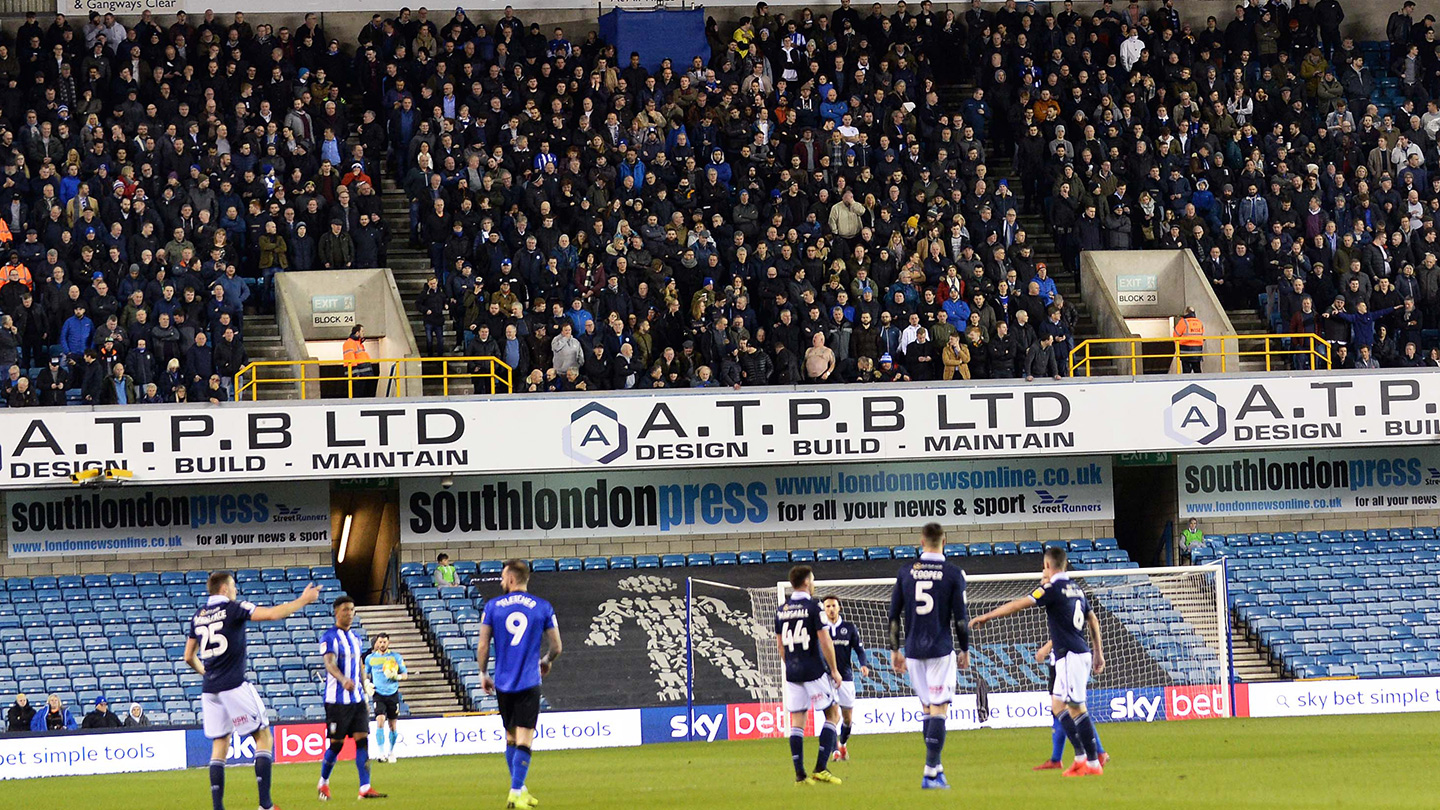 Rob O’Neill and John Pearson will be behind the mic at the Den. 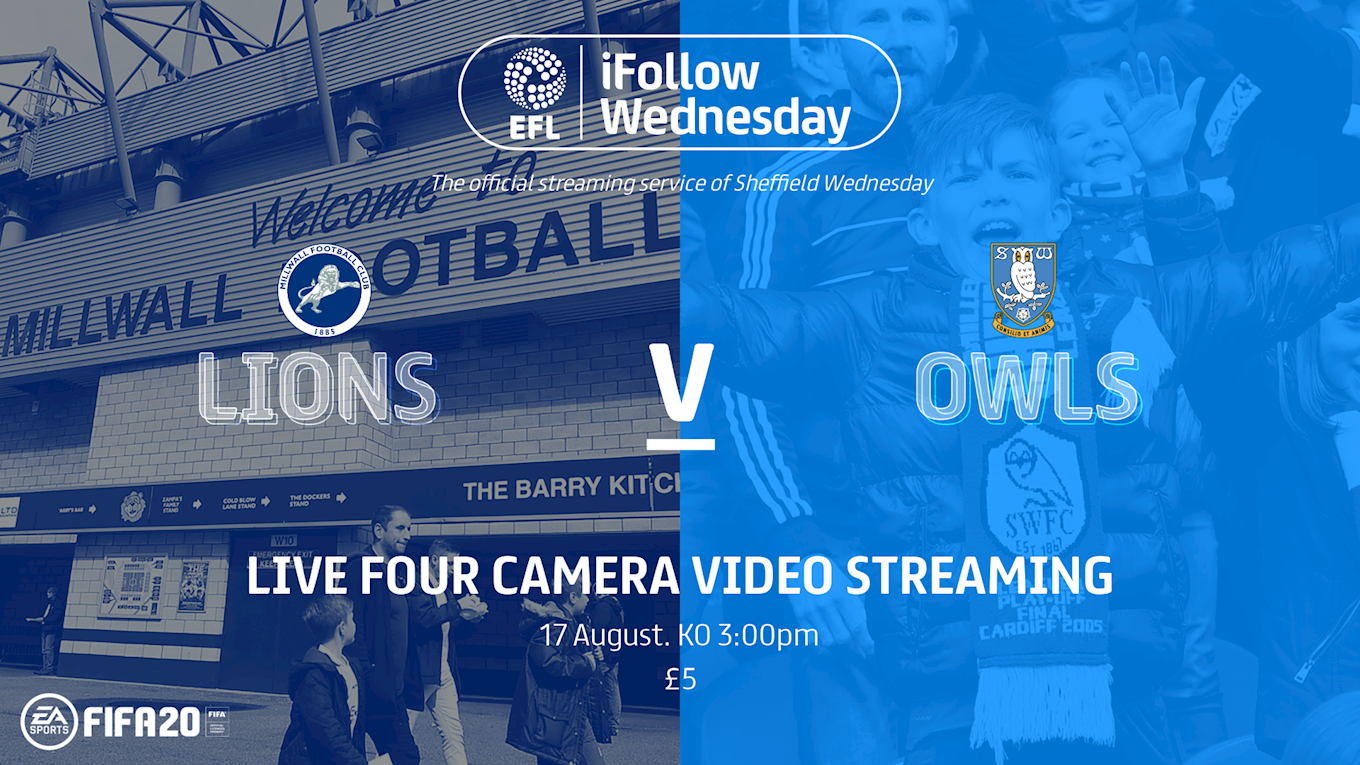 Our most recent clash with Millwall – 12 February 2019

Wednesday slipped to their maiden defeat of the new season as a Matt Smith header was enough to earn three points for ten-man Millwall.

Smith struck in the first half before Jed Wallace was dismissed for a lunge on Kieran Lee. And that meant an uphill battle for the hosts in the second period, a challenge they were equal too as Neil Harris’ side held firm despite sustained Owls pressure.

Try as they might, Wednesday could not find a way through the resolute Millwall defence, which proved the foundation for victory.

The first 20 minutes passed without incident or any real quality, with possession shared and chances at a premium.

Indeed, it was midway through the opening period when the first shot on goal arrived as Liam Palmer warmed the hands of Bartosz Bialkowski from the angle of the penalty area.

The Owls grew into the game and asked more of the Lions, whose main threat was from set pieces, with the tricky Connor Mahoney the architect.

But on 27 minutes it was Wednesday who were a whisker away from taking the lead when Adam Reach swivelled 40 yards out and executed a delicious volley that brushed the top of the net with Bialkowski peddling backwards.

And that was perhaps a turning point as Millwall advanced and broke the deadlock ten minutes later. 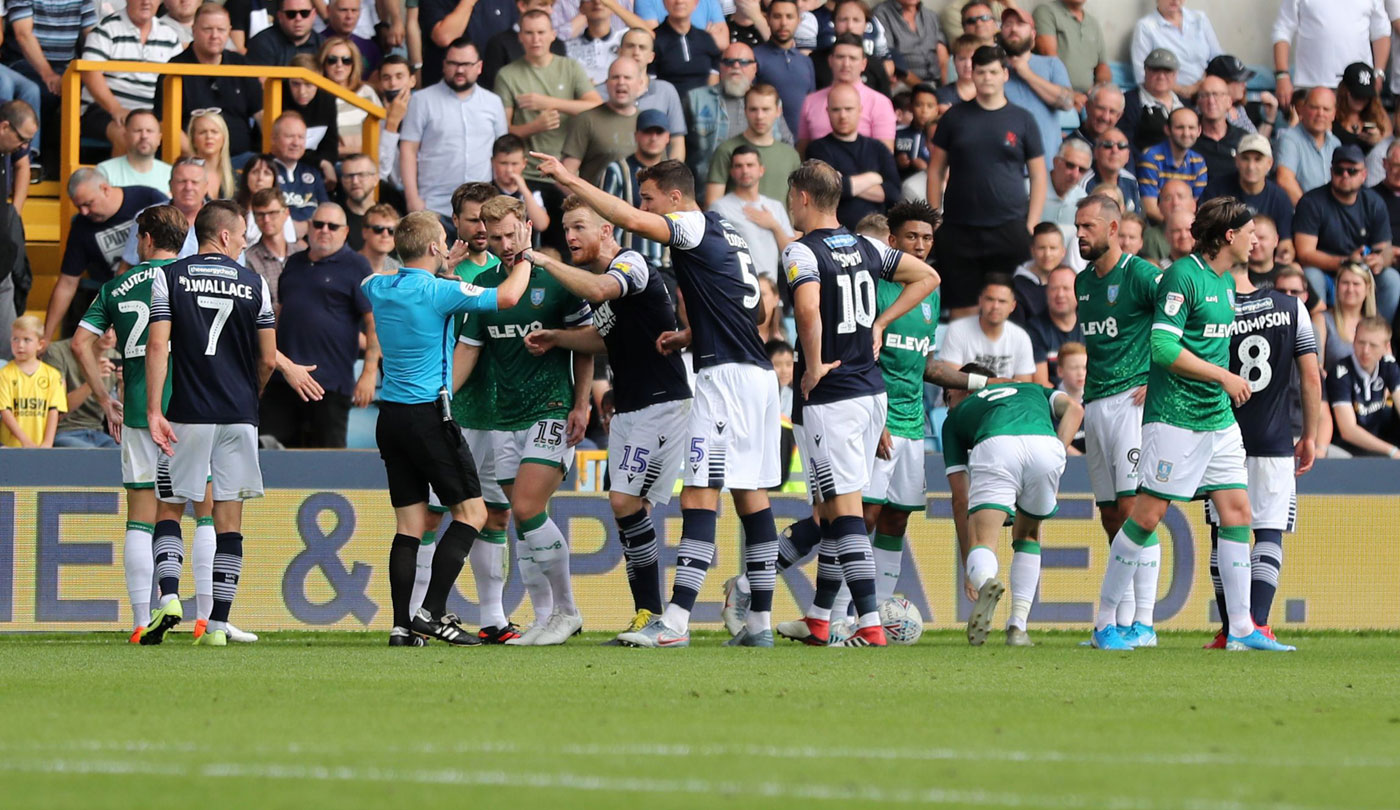 Mahoney swung a hanging corner to the back stick, where Smith climbed high to nod home.

The Owls replied with Jacob Murphy going close with the outside of the foot from range before Millwall suffered a blow three minutes before the break.

Wallace was late with a challenge on Lee right under the nose of the referee’s assistant and after a brief consultation the verdict was red.

The interval gave Lee Bullen the opportunity to shuffle his pack and Barry Bannan was introduced for the restart.

The midfielder’s impact was immediate, pulling the strings in trademark style from the off.

Bannan fed the lively Kadeem Harris on 47 minutes with a sweeping ball, the wideman crossed for Murphy and only the alertness of the diving Bialkowski prevented a leveller.

The Owls may have had the numerical advantage but Millwall posed the odd threat on the counter, as evidenced by a stinging Aiden O’Brien drive that Keiren Westwood tipped over. 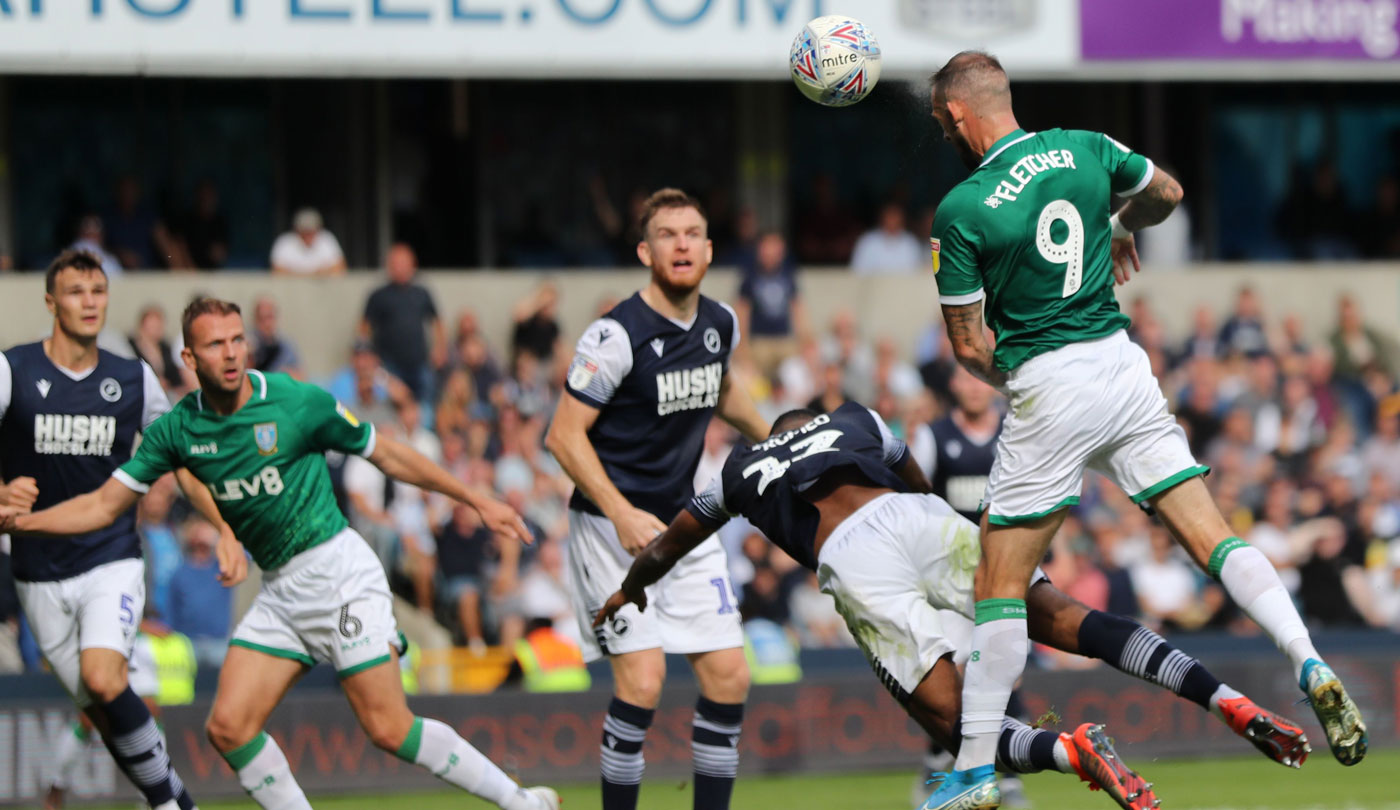 Play soon reverted to type and Wednesday were squarely in the driving seat – Bannan forced a fine save from Bialkowski.

Steven Fletcher was denied at the back stick by some desperate defending and substitute Jordan Rhodes glanced just wide from the resulting corner as the clock ticked down.

Bialkowski dropped on a Sam Hutchinson effort and there was little relief from the one-way traffic for the beleaguered Lions.

But against the odds and under the cosh, they held out for the hardest fought of three points.

Tickets for Sheffield Wednesday’s trip to Millwall have sold out.

The Owls head south to The Den later this month on Saturday 17 August and the full allocation of 2,200 tickets has been snapped up. 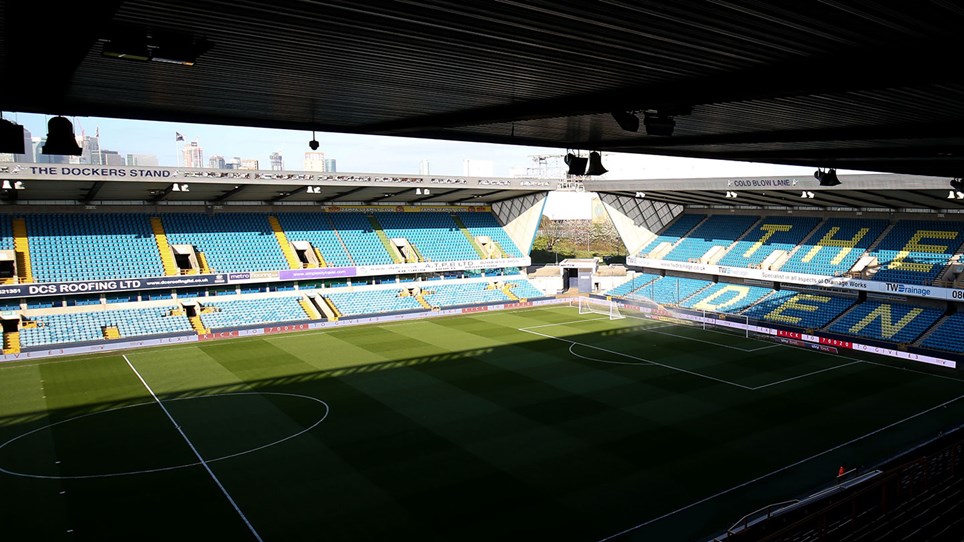