The Owls return to action on Good Friday following the international break.

A trip to high flying Watford is next up for Darren Moore’s men.

The Hornets are second in the Championship and have won nine of their last ten outings.

But Wednesday headed into the recent break with four points from our last two games and the Owls boss is looking for his side to continue where they left off two weeks ago.

Owls: Keiren Westwood (ribs) has returned to training and will be assessed ahead of the trip to Vicarage Road. Joost van Aken is also back out on the pitches at Middlewood Road but the Good Friday clash may be too soon for the Owls duo.

Sam Hutchinson, Liam Shaw and Fisayo Dele-Bashiru have all returned to full training. 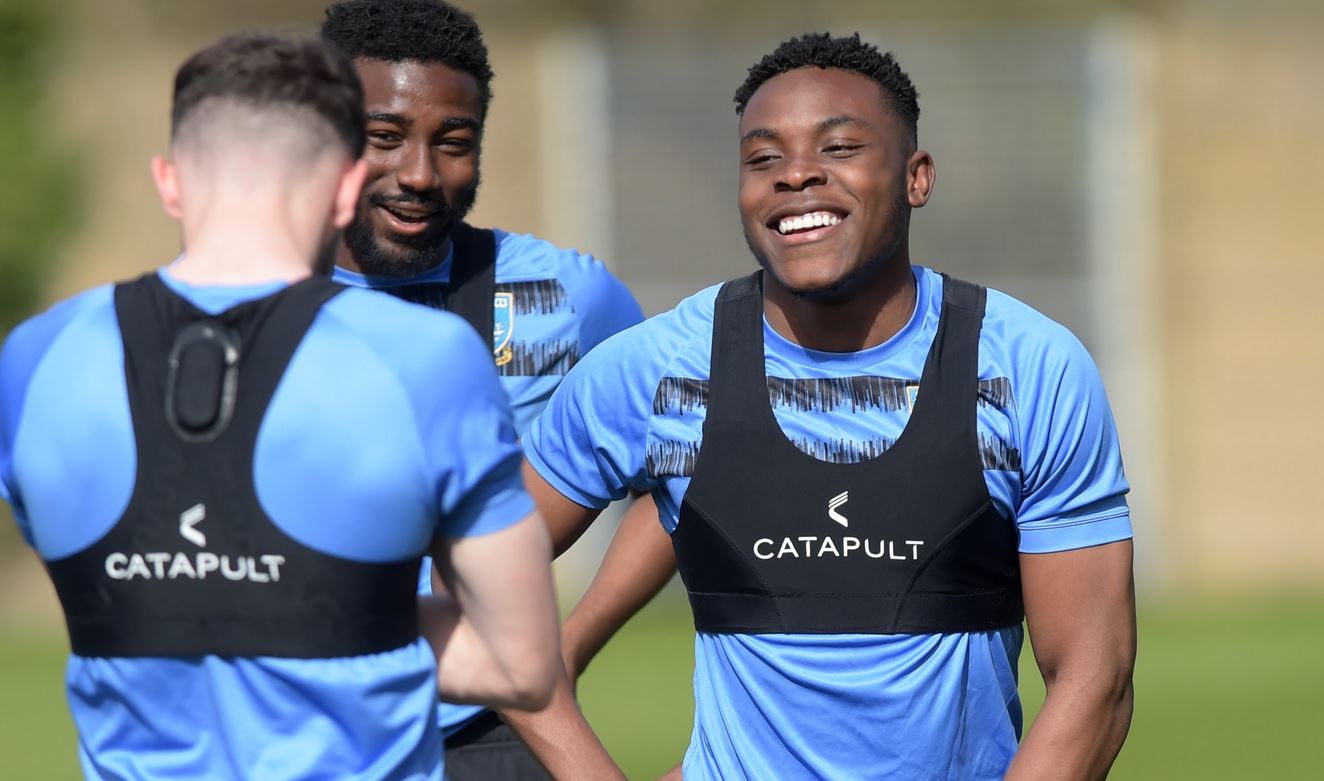 On Moses Odubajo, Cameron Dawson and Massimo Luongo, Moore said: “They’ll be back on the training ground running probably in the next two or three weeks.

“By the time they get to any level, the season will be nearly upon us, really. They’re making good progress but in terms of contributing to this season, it looks unlikely at the moment.”

Watford: Tom Cleverley is back in full training having recovered from a knee ligament problem. 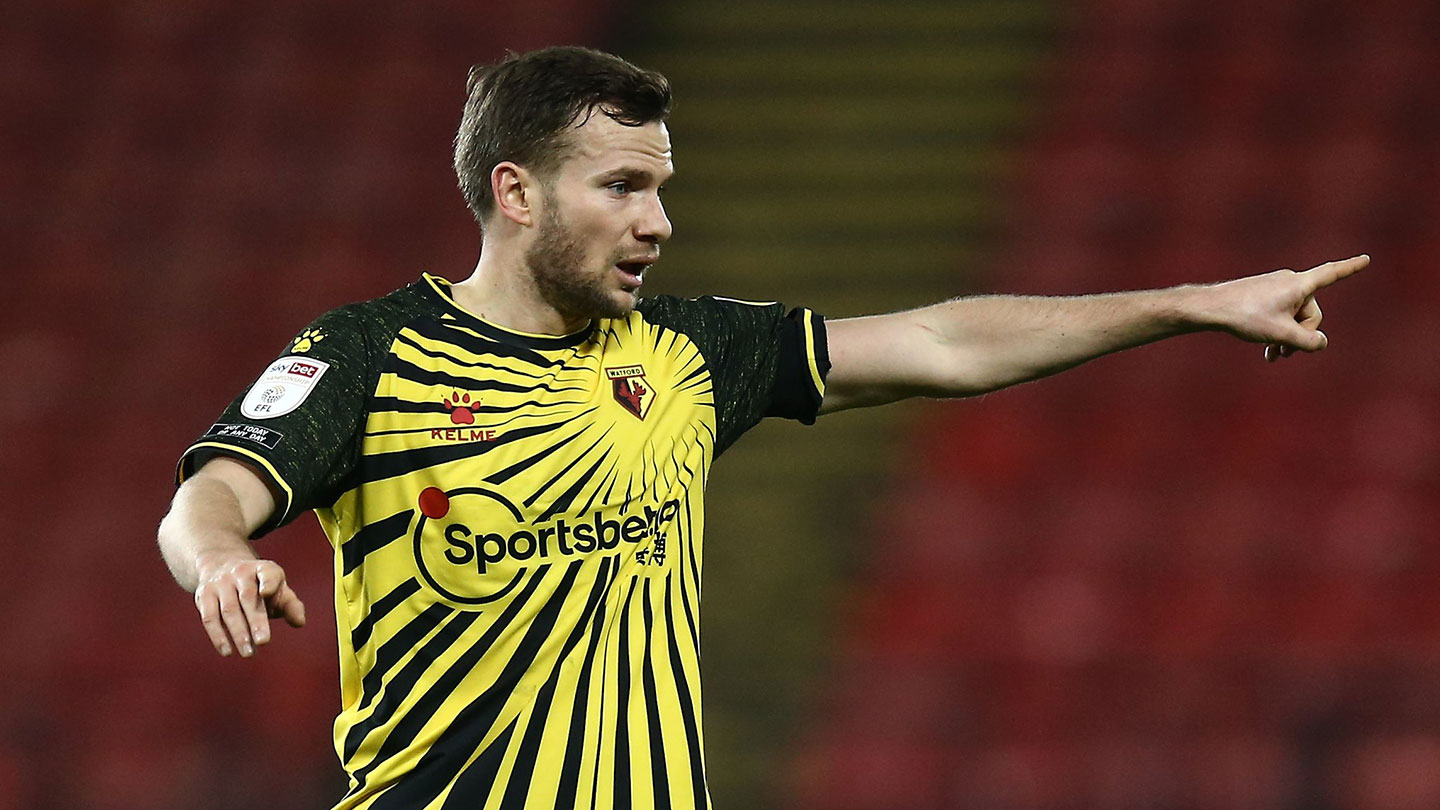 Ismaïla Sarr (hamstring) is a doubt and a late decision will be made as to his inclusion in the squad.

Tom Dele-Bashiru – brother of Fisayo – is back training outdoors after suffering an ACL injury back in October.

An afternoon that started with manager Darren Moore absent from the dugout on medical grounds finished with an unfortunate 1-0 defeat at promotion-chasing Watford.

A Tom Lees own goal proved the difference in this top v bottom clash that saw the hosts take the first half, while Wednesday rallied to dominate the second.

That vital breakthrough was missing, though, and when the chips are down your luck can be out, as the Owls discovered at Vicarage Road.

Controversy broke through the Hertfordshire sunshine inside seven minutes for the decisive moment of the game.

Ismaila Sarr, who would prove a persistent thorn in Wednesday’s side, planted a low cross into the danger area, where the ball appeared to be bundled in at the back post by Isaac Success. 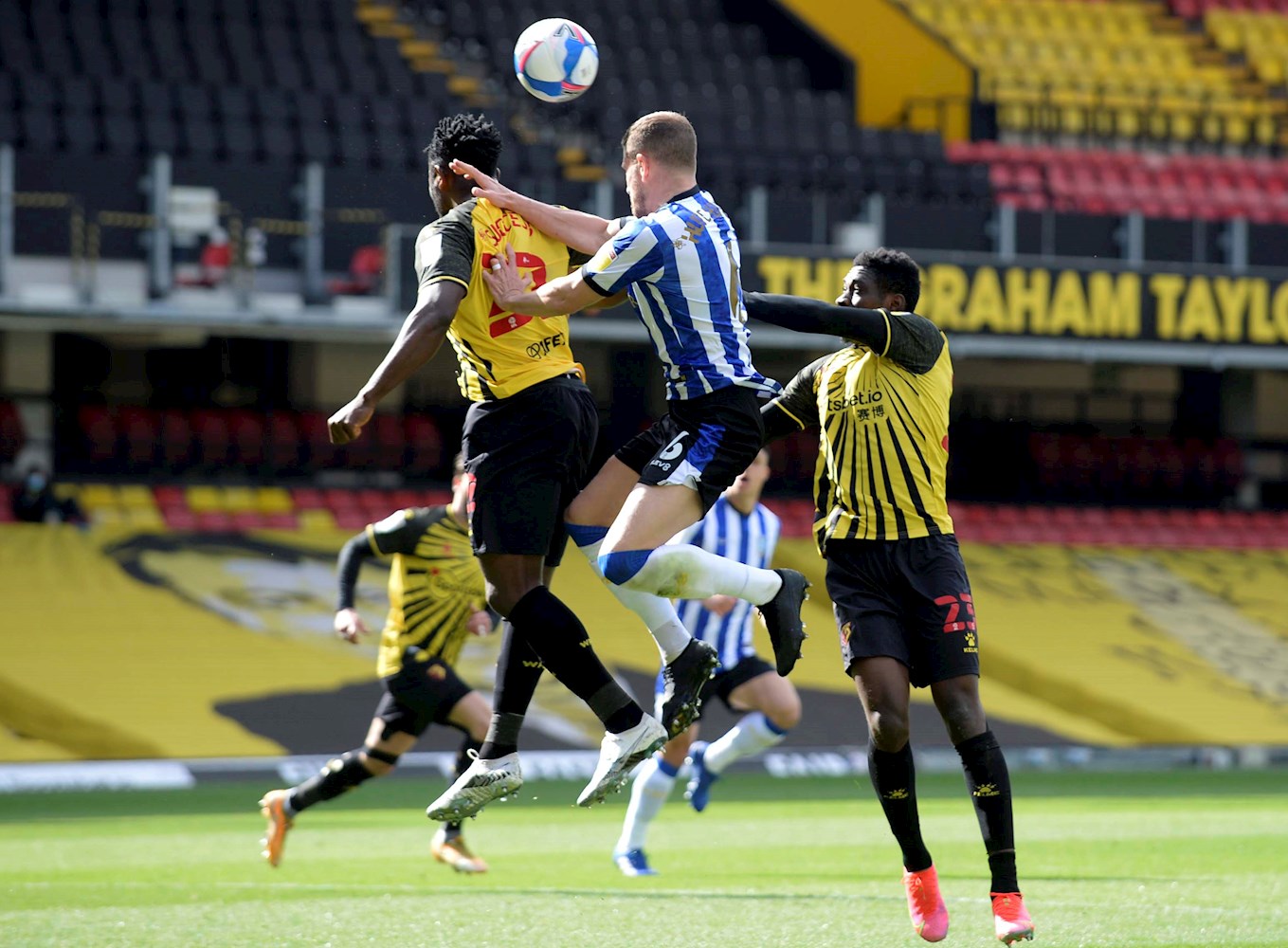 An offside flag cut short the celebrations but after referee Chris Kavanagh consulted with his assistant, the goal stood as the final touch was attributed to Lees.

Watford seized control following that boost in terms of threat, although the Owls did enjoy decent pockets of possession in the engine room.

The visitors’ first real opening fell to Josh Windass, sent scampering through on the angle by the impressive Barry Bannan only to be thwarted by outrushing keeper Daniel Bachmann.

Julian Börner was presented with a second ball chance on the half-hour but slammed over and Success dragged wide at the other end moments later.

The first half concluded with Joao Pedro flashing narrowly past the far post and although 2-0 would have been harsh on Wednesday at the break, there was no doubting Watford’s quality in the final third.

The Owls started the second period on the front foot, with Callum Paterson sending a dipping volley from range just over the top.

Jordan Rhodes was a whisker away from getting something on a Windass feed but the Hornets hit straight back as Pedro forced Joe Wildsmith into action at his near post.

Wednesday fashioned their best opportunity on 65 minutes when Paterson picked out the advancing Rhodes but the striker’s connection was off range.

The Owls poured forward as the finish line approached, controlling all areas, and Watford were relieved to touch the tape courtesy of a stroke of fortune that has so often evaded Wednesday this season. 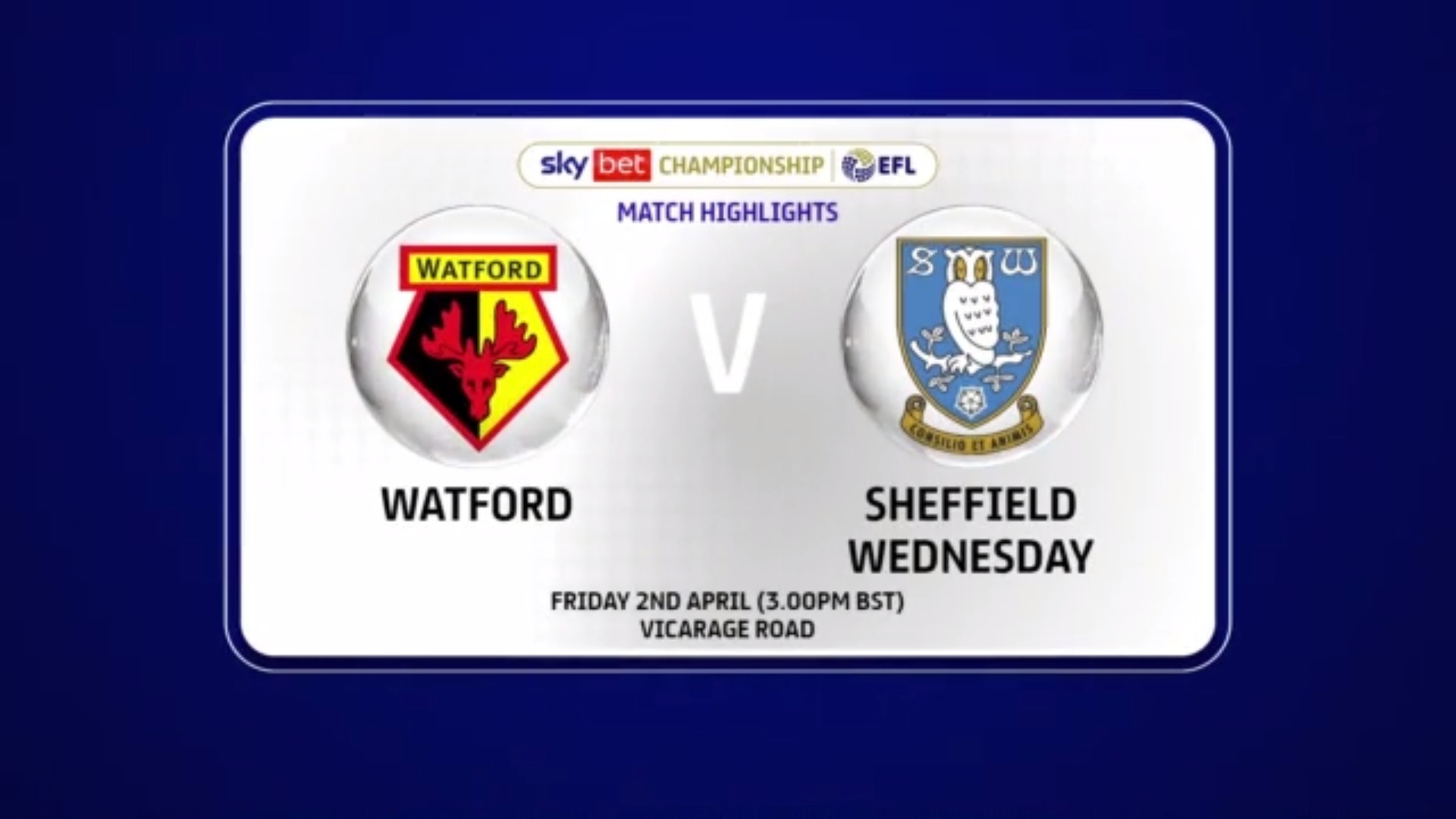 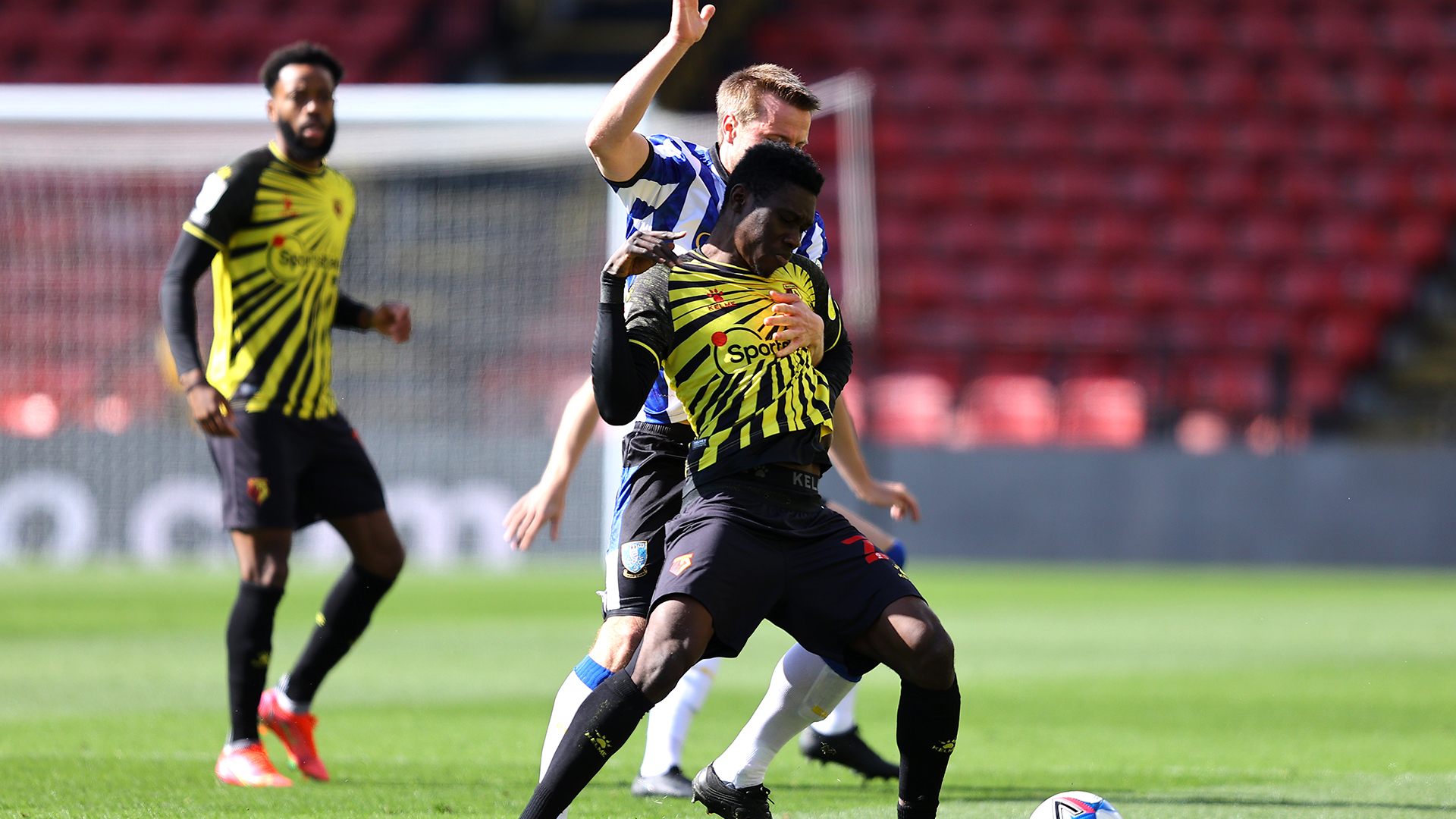