The Owls are back at Hillsborough on Saturday, with Luton the visitors.

After a narrow defeat against Brentford at home in midweek, Wednesday will be looking for a quickfire response in S6.

The Hatters have lost back to back Championship games heading into the clash with the Owls on Saturday, losing 2-0 against Stoke (h) and Millwall (a).

But Luton will aiming to get back to winning ways and extend their impressive away record since manager Nathan Jones returned to the club in July – losing just twice in seven league matches.

SWFC: Tom Lees, Dominic Iorfa and Izzy Brown have all returned to training. 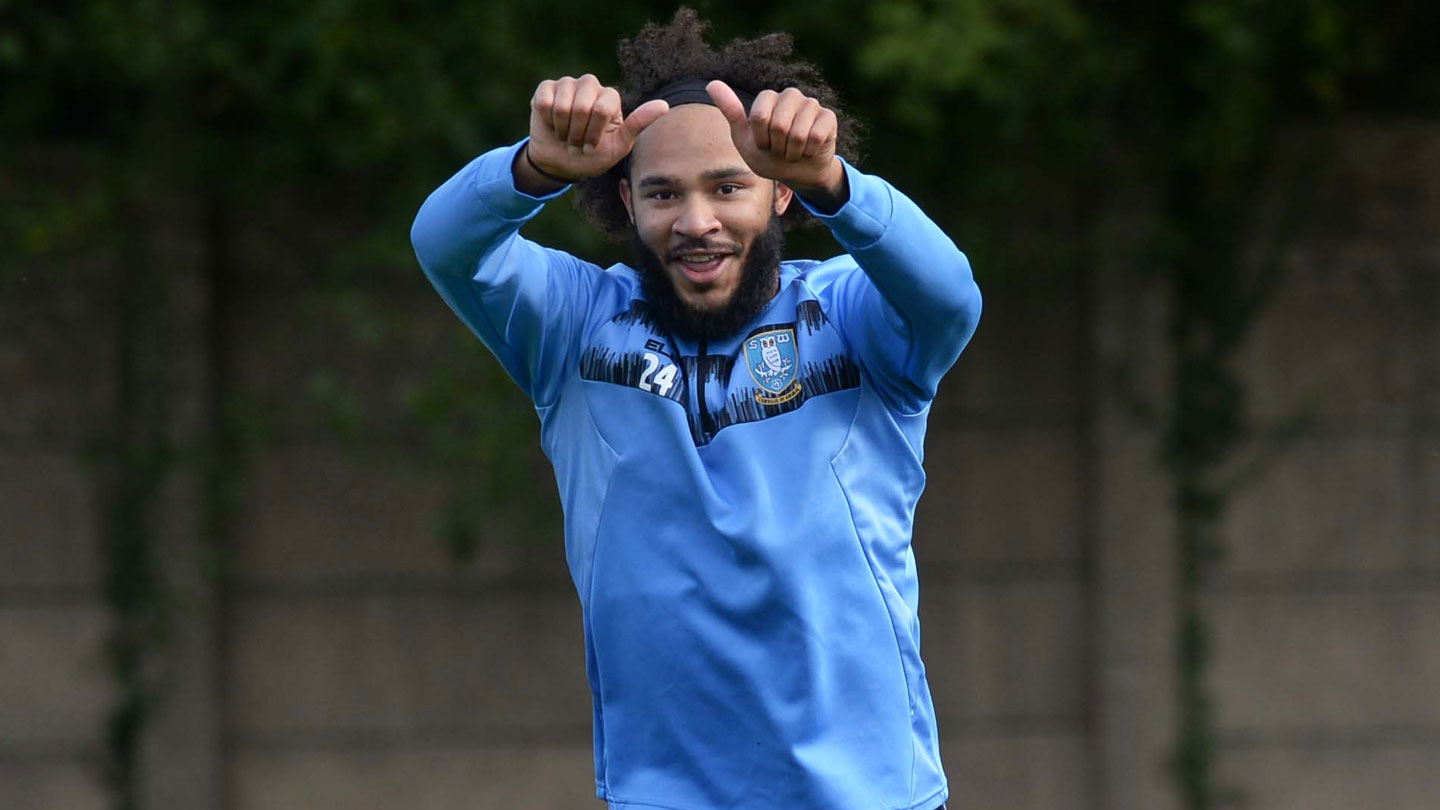 Massimo Luongo (knee) has been ruled out for the game this weekend and potentially the midweek trip to Rotherham also.

There were no fresh injuries from the midweek clash with Brentford.

Luton: Harry Cornick (groin) is back in contention. The striker was an unused substitute during the Hatters’ 2-0 defeat at Millwall on Tuesday.

Top scorer James Collins is out after testing positive for coronavirus, with Dan Potts and James Bree both rated as doubtful.

Owls boss on Luton: “It’s another difficult Championship game. They have had a good start to the season. But we have to concentrate on ourselves and deliver a high-level performance.” 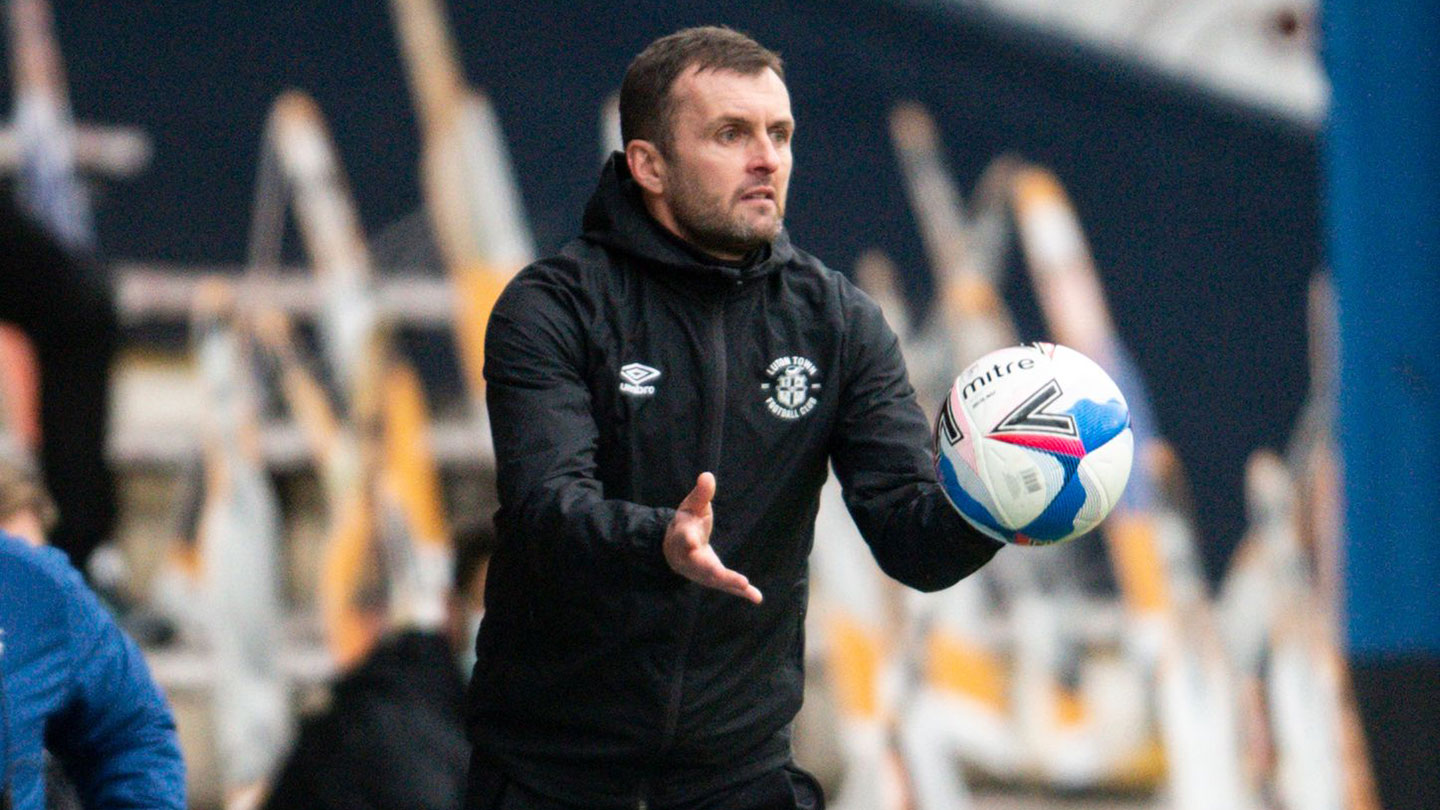 Luton manager Nathan Jones said: “They have experienced players and enough quality in the side to hurt Championship sides, established Championship players. They’ve got enough threats to hurt you and we have to be wary of that and that’s what people need to remember.”

Ten man Wednesday went down 1-0 to Luton in a game decided by a three-minute second half spell.

Joost van Aken was sent off for a late challenge before the Hatters promptly scored the only goal through Pelly Mpanzu.

The visitors were good value overall for the points as they missed chances that seemed to have cost them the win.

But Mpanzu’s goal gave turned one point to three and extended Luton’s promising start to the season.

It was almost the worst possible start for Wednesday as the Hatters spurned a golden opportunity inside the first minute.

Danny Hylton advanced towards Cameron Dawson and did all the hard work to face an open goal but Aden Flint somehow got back to head the striker’s shot off the line. 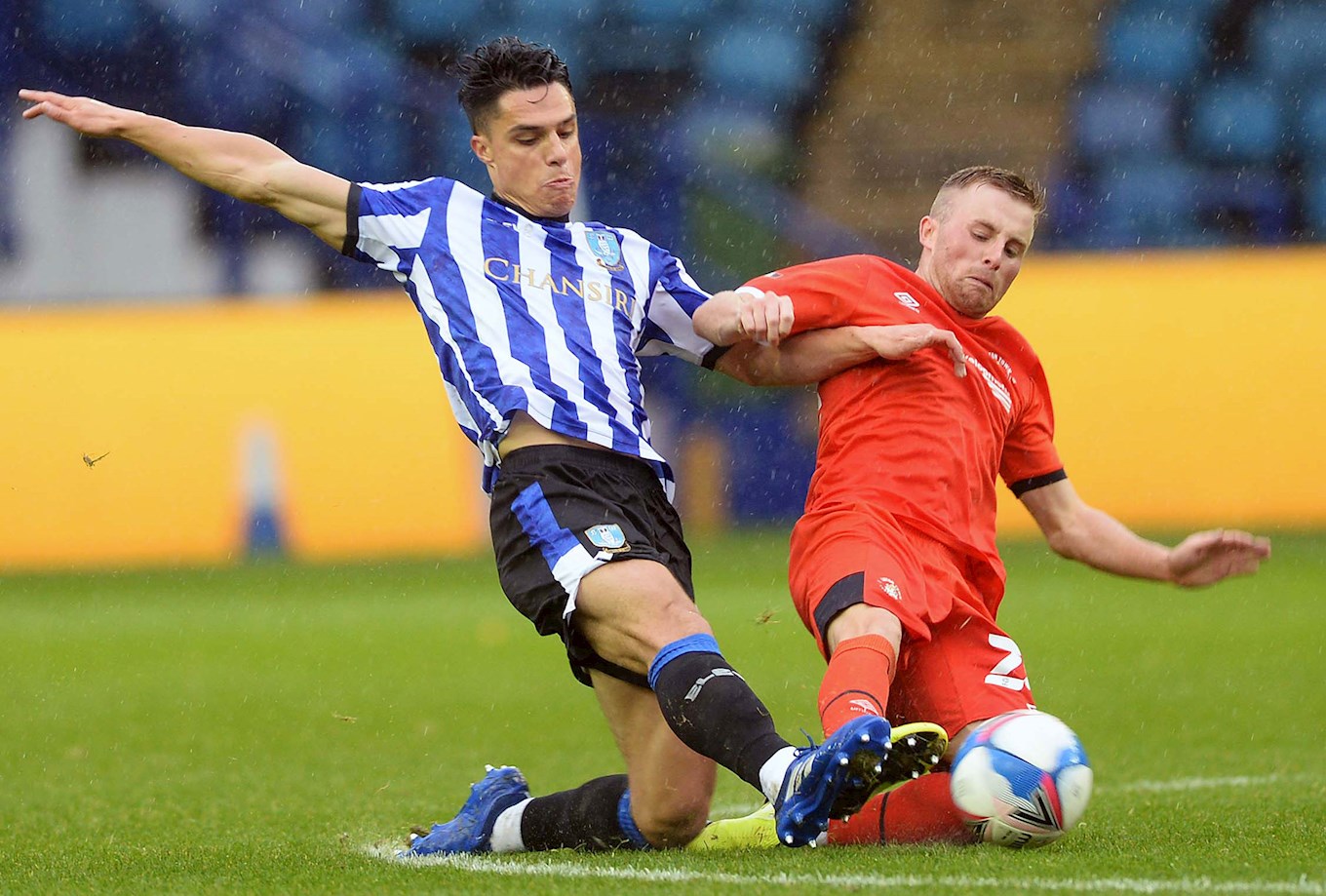 Tom Lockyer might have done better with a snapshot that bobbled wide as the Hatters began the contest well.

And midway through the first half the visitors again made inroads through the Owls backline that resulted in Mpanzu slamming wide with the goal at his mercy.

Wednesday probed and asked questions of the Bedfordshire outfit but without troubling Simon Sluga between the sticks.

Certainly in terms of chances the opening period belonged to Luton, who went down the tunnel rueing their profligacy.

The Owls upped the ante in the second half and only a last-ditch clearance from Martin Cranie prevented Moses Odubajo opening the scoring.

Sluga was called into action to parry a van Aken header before Barry Bannan fired over the top from distance. 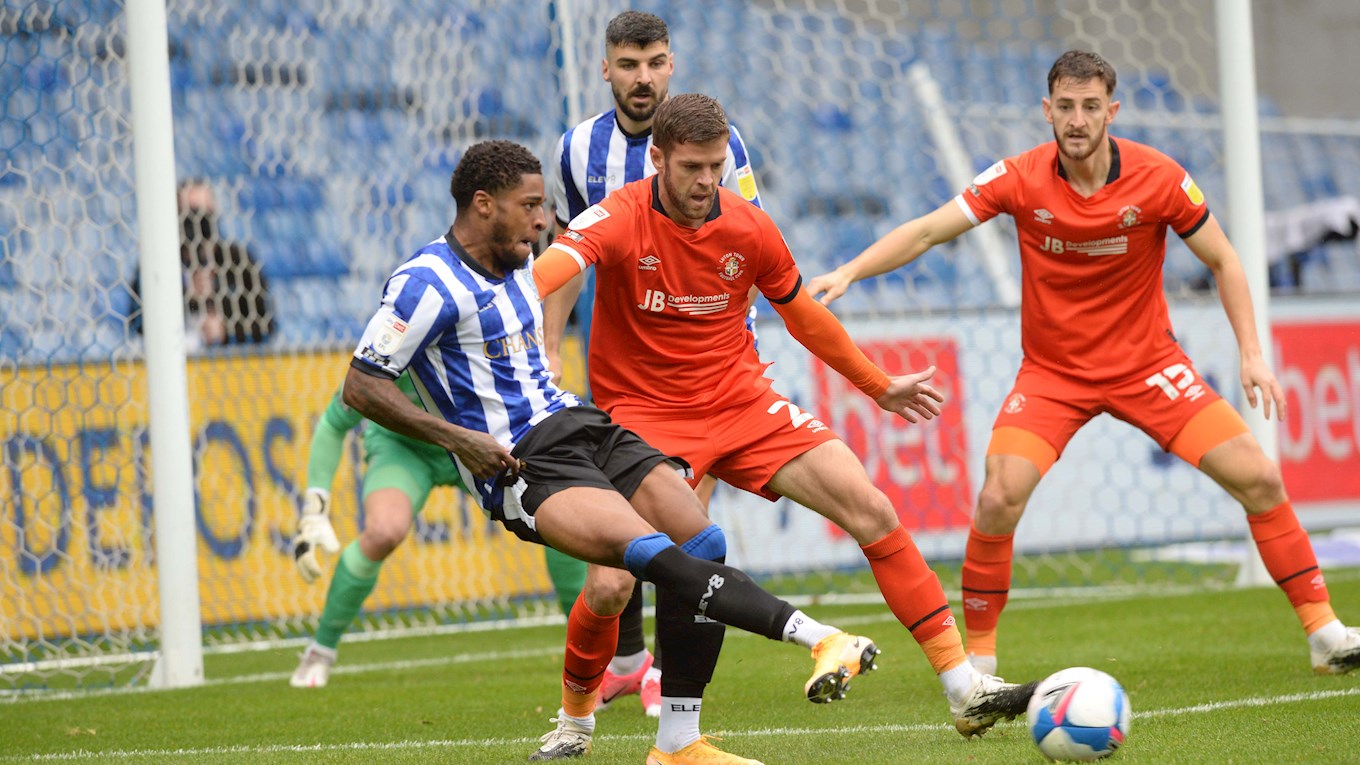 Bannan saw a fierce hit deflected just wide and Flint had the ball in the net only to see the strike ruled out for an infringement.

The game’s big talking point came on 71 minutes when the Owls were reduced to 10 men. The ball was there to be won by van Aken in a duel with Mpanzu but the challenge was deemed dangerous and the referee issued a straight red card.

To compound matters, Luton burst into the lead three minutes later. Mpanzu took possession a yard inside the penalty area and picked his spot hard and low into the bottom corner.

The Owls pressed in search of an equaliser but were caught on the break when Rhys Norrington-Davies executed a clever chip that shaved the crossbar.

Kadeem Harris saw a penalty claim waived away in the closing stages after tangling with Cranie while Ryan Tunnicliffe hit the post right at the last, which mattered not as Mpanzu’s effort was enough for the victory. 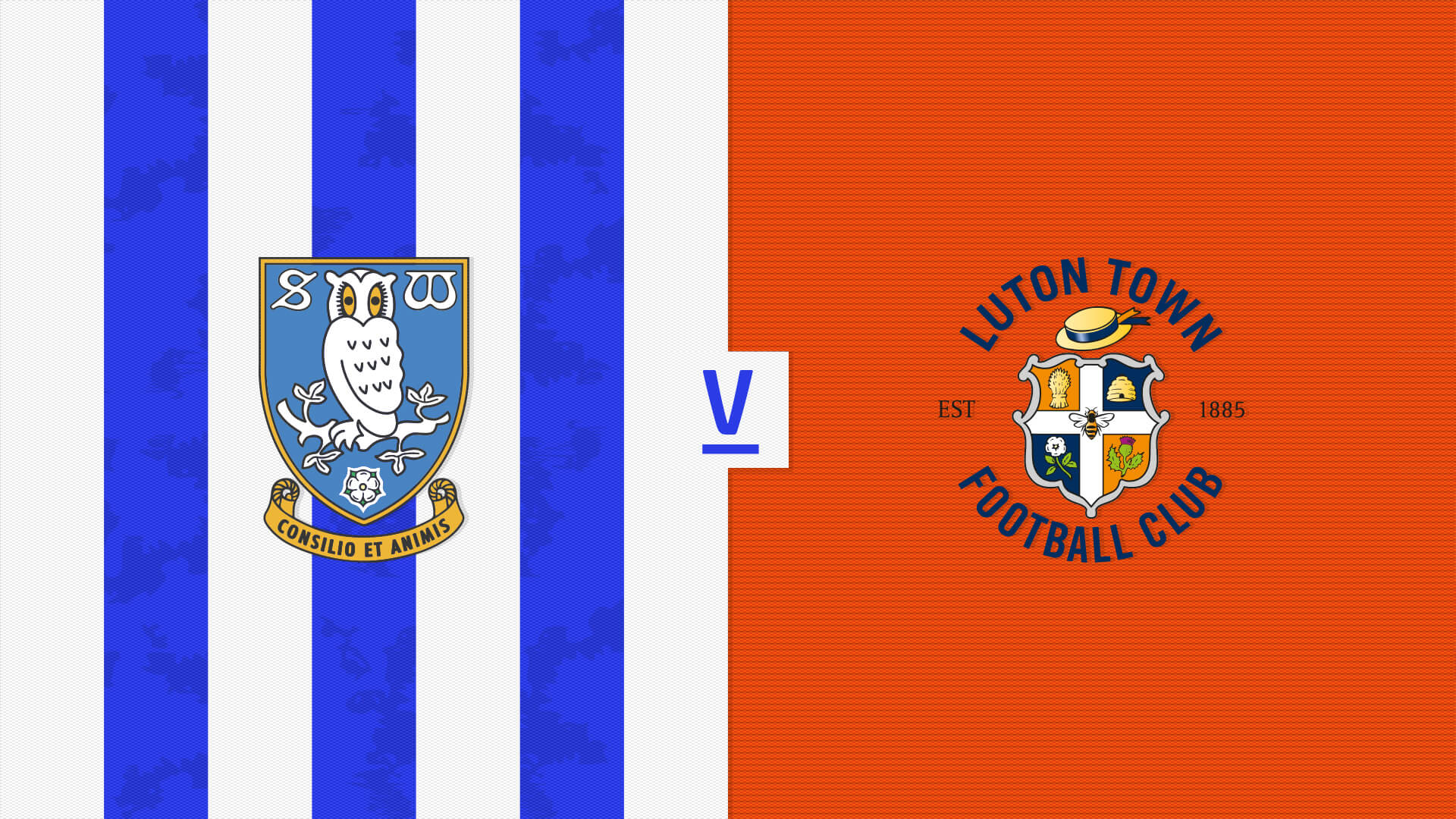 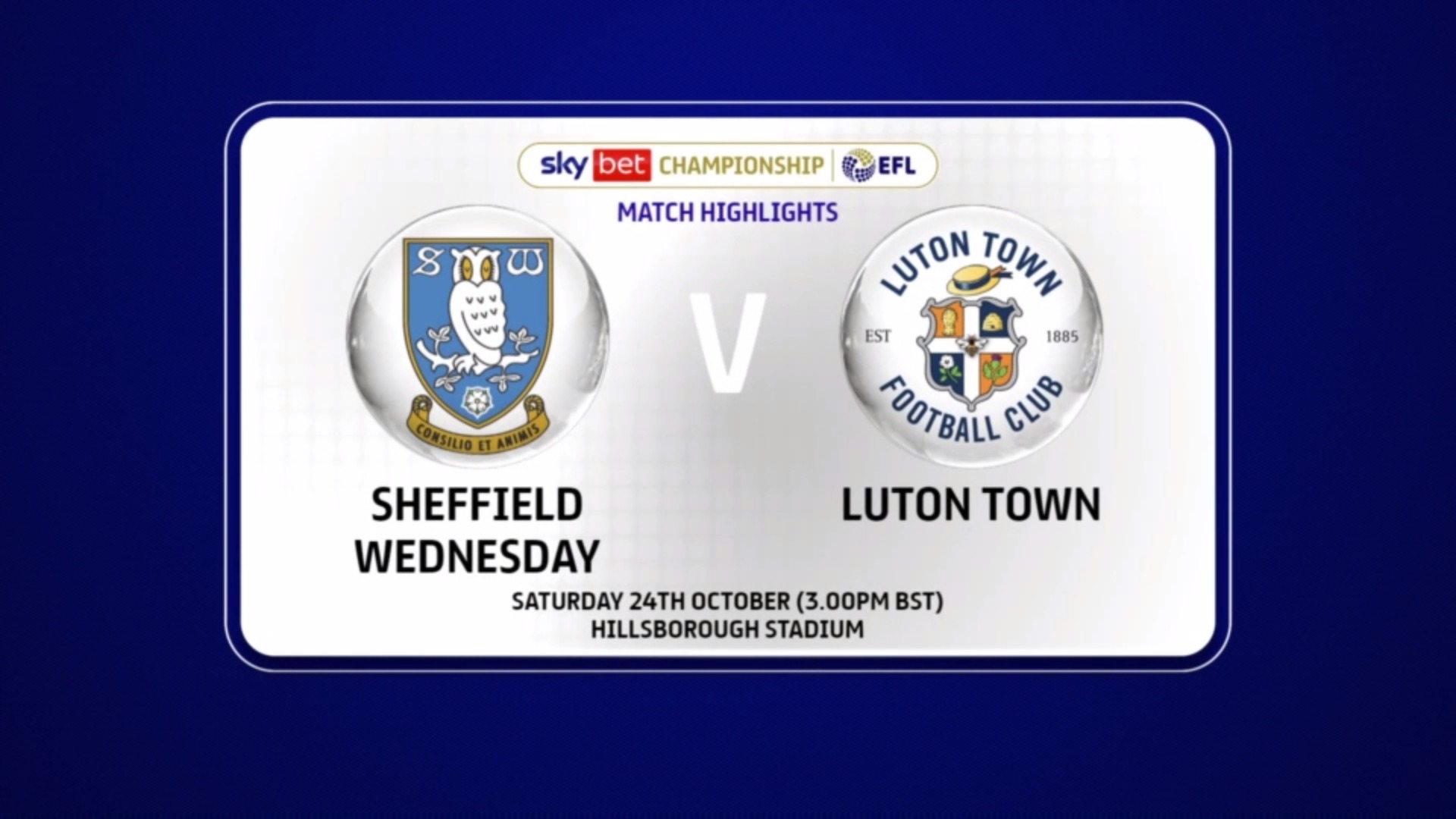 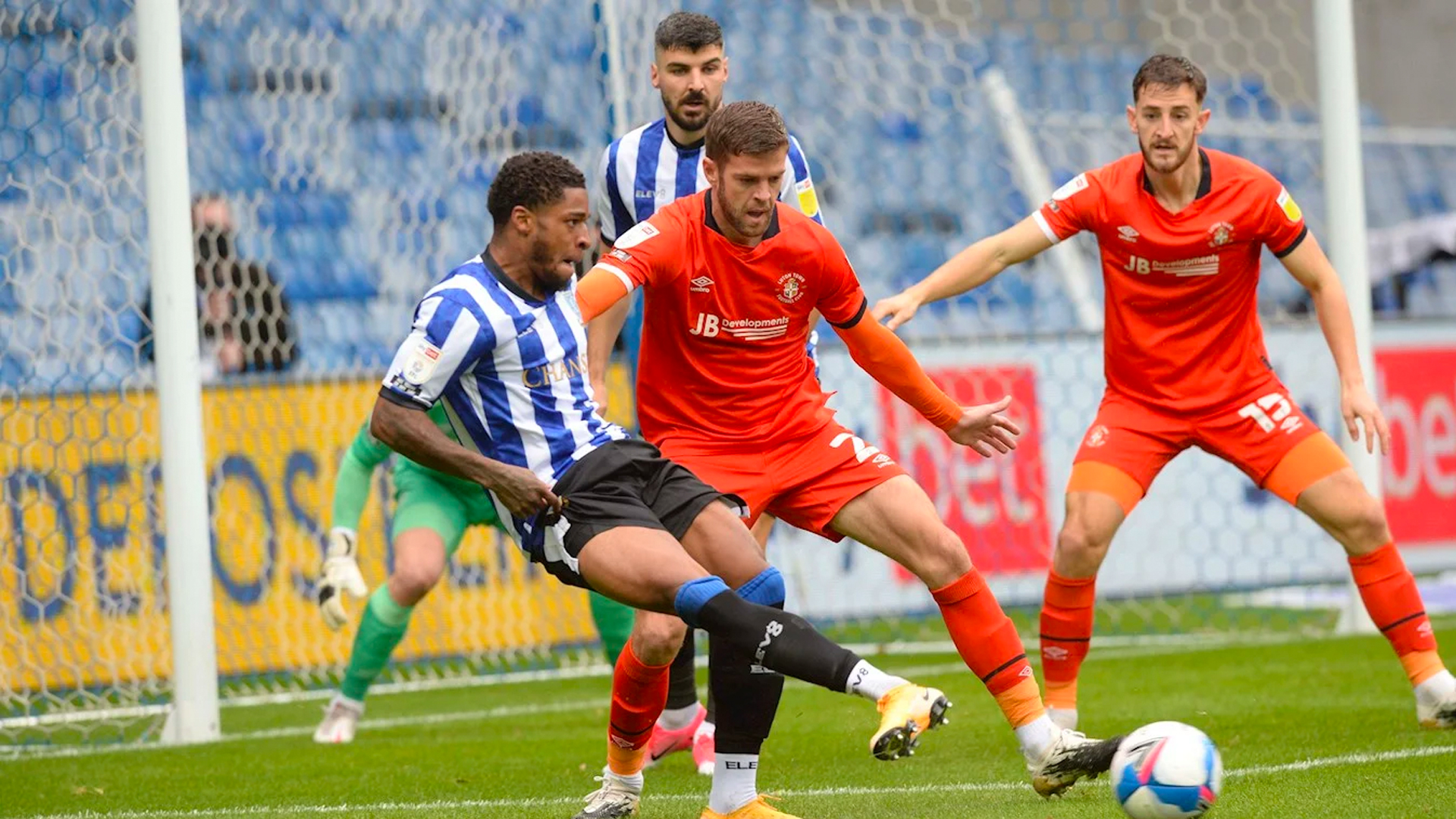