The stakes are high this week at the top and bottom of League One.

Our game in hand over play-off rivals Plymouth and Wycombe takes place on Tuesday evening away at Fleetwood Town.

Following the Owls’ first defeat in nine on Saturday at Adams Park, Darren Moore’s side will be looking to bounce back at Highbury. 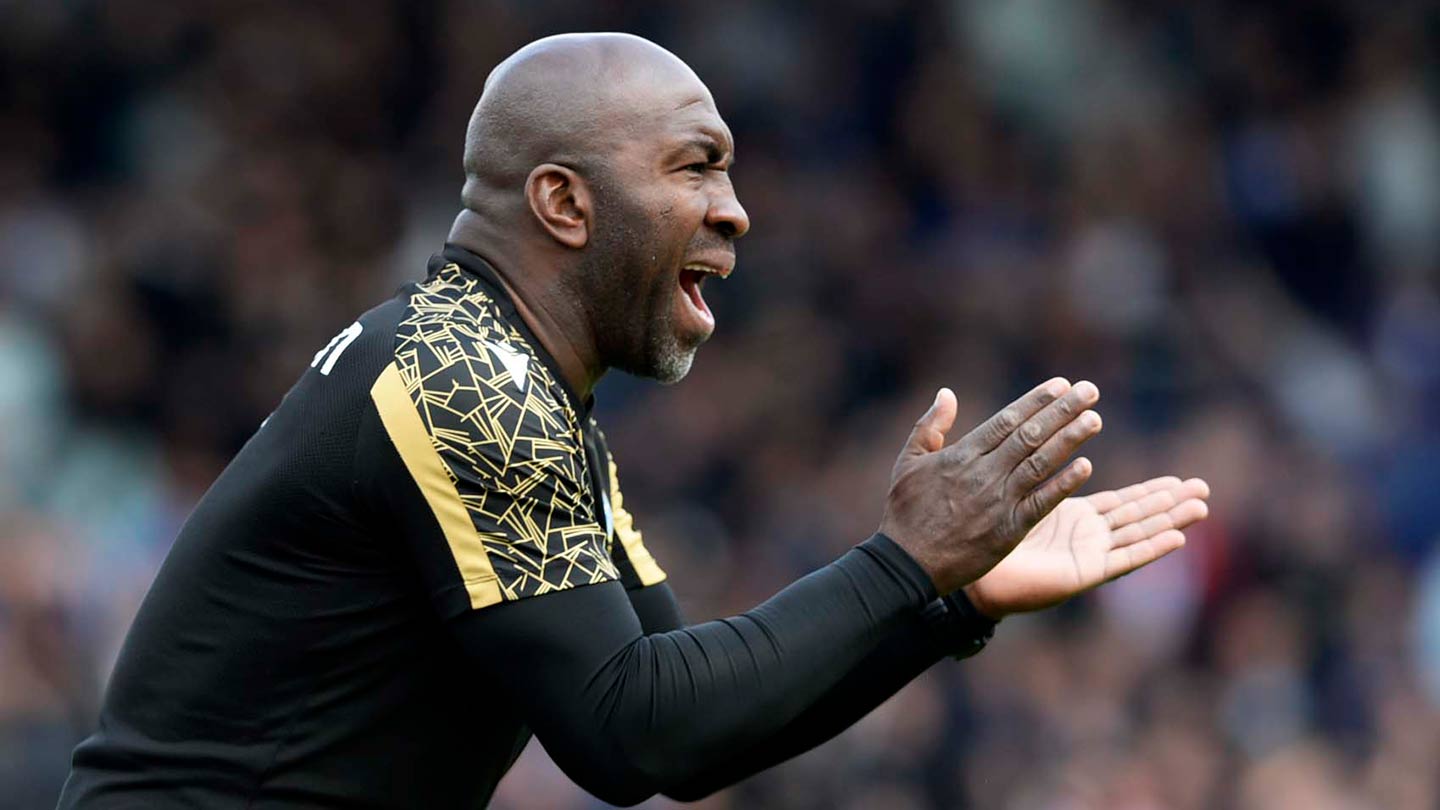 A positive result for Wednesday would see us climb back into the top six ahead of the season finale on Saturday against Portsmouth in S6.

The Pompey clash is set to be a sell-out at Hillsborough – CLICK HERE for the latest ticket details.

A win for the Owls would see us climb up to at least fifth spot but, depending on the outcome of Sunderland’s home game with Rotherham, fourth position is a possibility. A draw would put us into sixth.

Fleetwood, meanwhile, are fighting for their lives at the bottom end of the table. 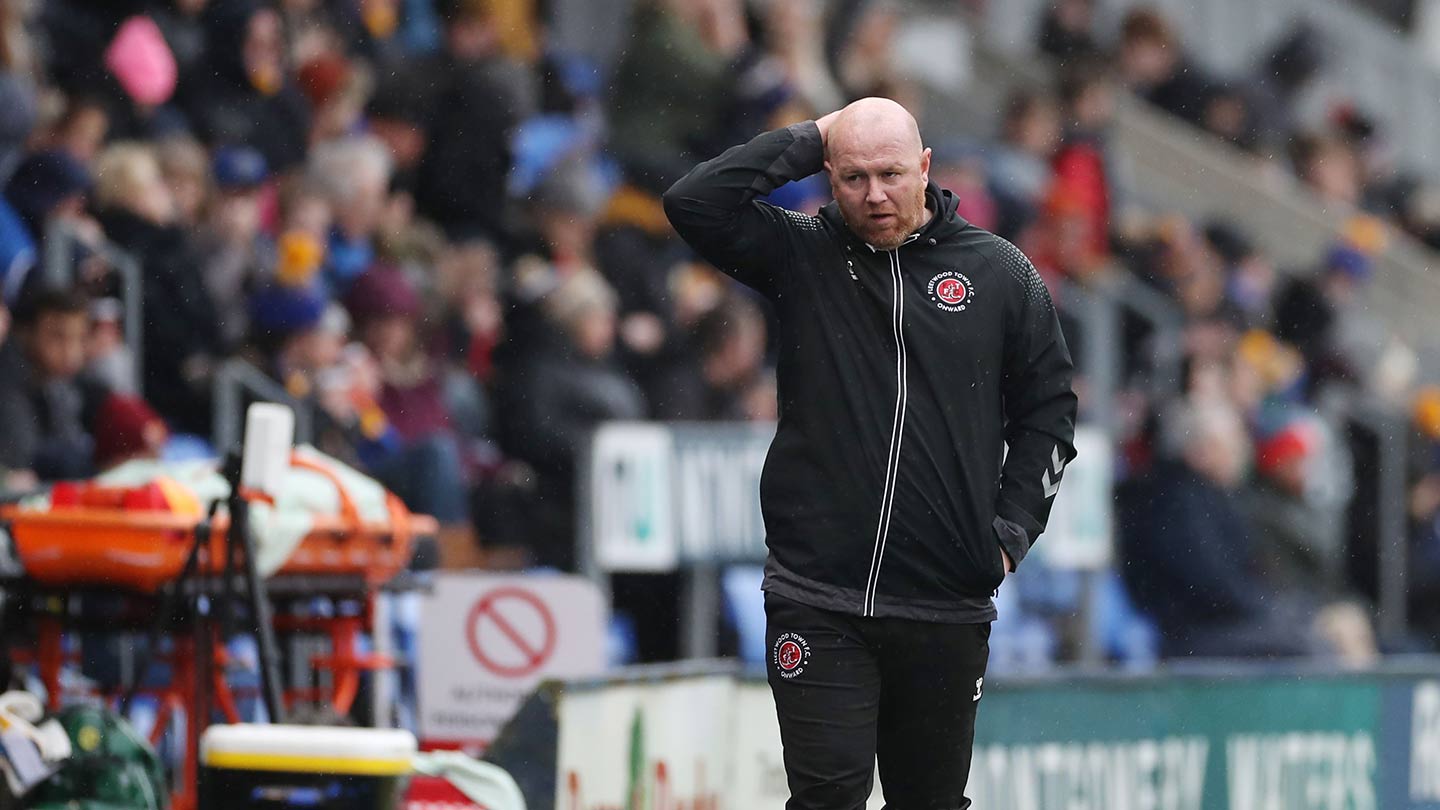 Heading into the midweek clash, Stephen Crainey’s side are just outside the relegation zone on goal difference – but that could prove key in the final standings with Fleetwood at -17 and relegation rivals Gillingham on -32, both with 40 points.

Three points for the Cod Army would effectively guarantee their safety ahead of the final round of fixtures.

Wins, though, have been hard to come by for Fleetwood with only one victory in their last 19 outings. 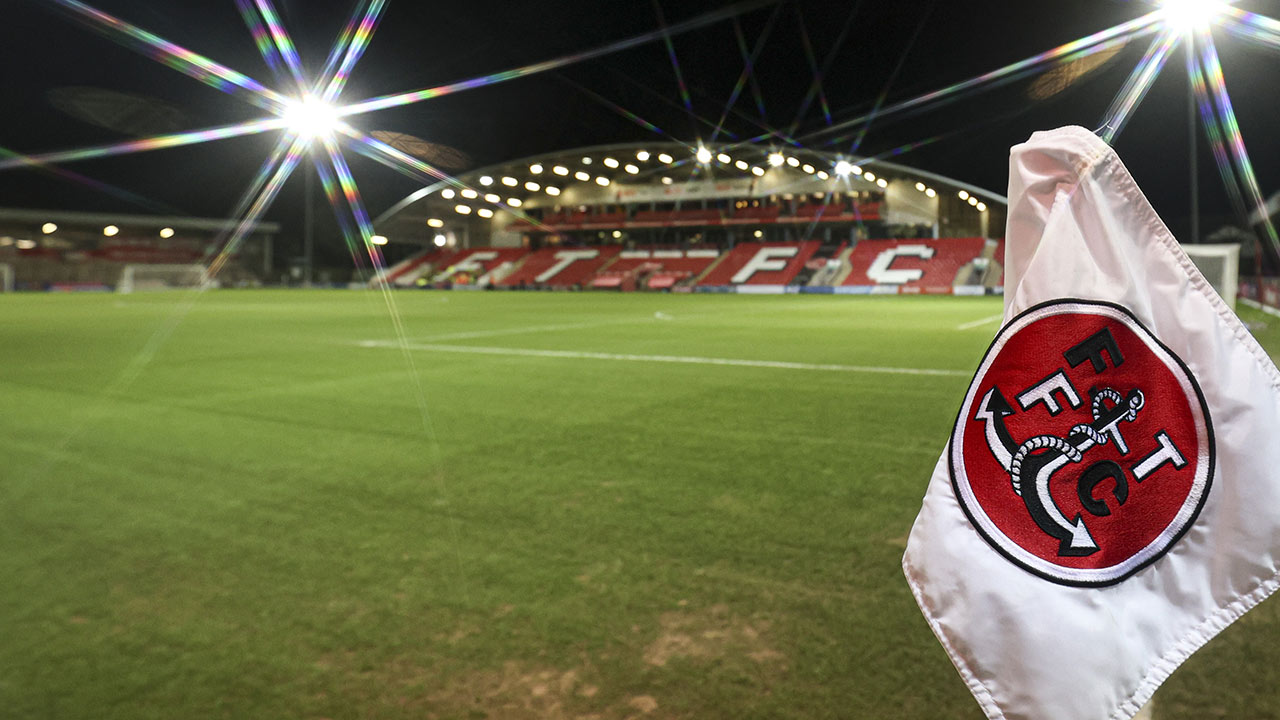 Supporters in the UK and overseas can watch our midweek clash with Fleetwood live on iFollow.

Our final away game against the Cod Army will be streamed live, exclusively on iFollow, and supporters can book match passes by CLICKING HERE.

Jack Hunt was rested for the clash with Wycombe and could also come back into the squad at Highbury.

Dominic Iorfa will miss out through injury.

Darnell Johnson injured his Achilles in September and has missed most of the season, while fellow defender Brad Halliday is out after sustaining an ACL injury at the start of the campaign.

Tickets have sold out to Wednesdayites – we’ll have just over 1,100 in attendance with us on the night!

The Owls came from 2-1 down to beat Fleetwood 3-2 at Highbury Stadium, with hat-trick hero Lee Gregory taking the plaudits.

The in-form striker stole the show in Lancashire to aid Wednesday’s hunt for a play-off place with just one game to go.

Gregory opened the scoring early in the first half before goals from Callum Camps and Joe Garner sent the Cod Army into the break in front.

But a double salvo from the Owls’ top goalscorer sent Wednesdayites into raptures and back to S6 in the best of spirits. 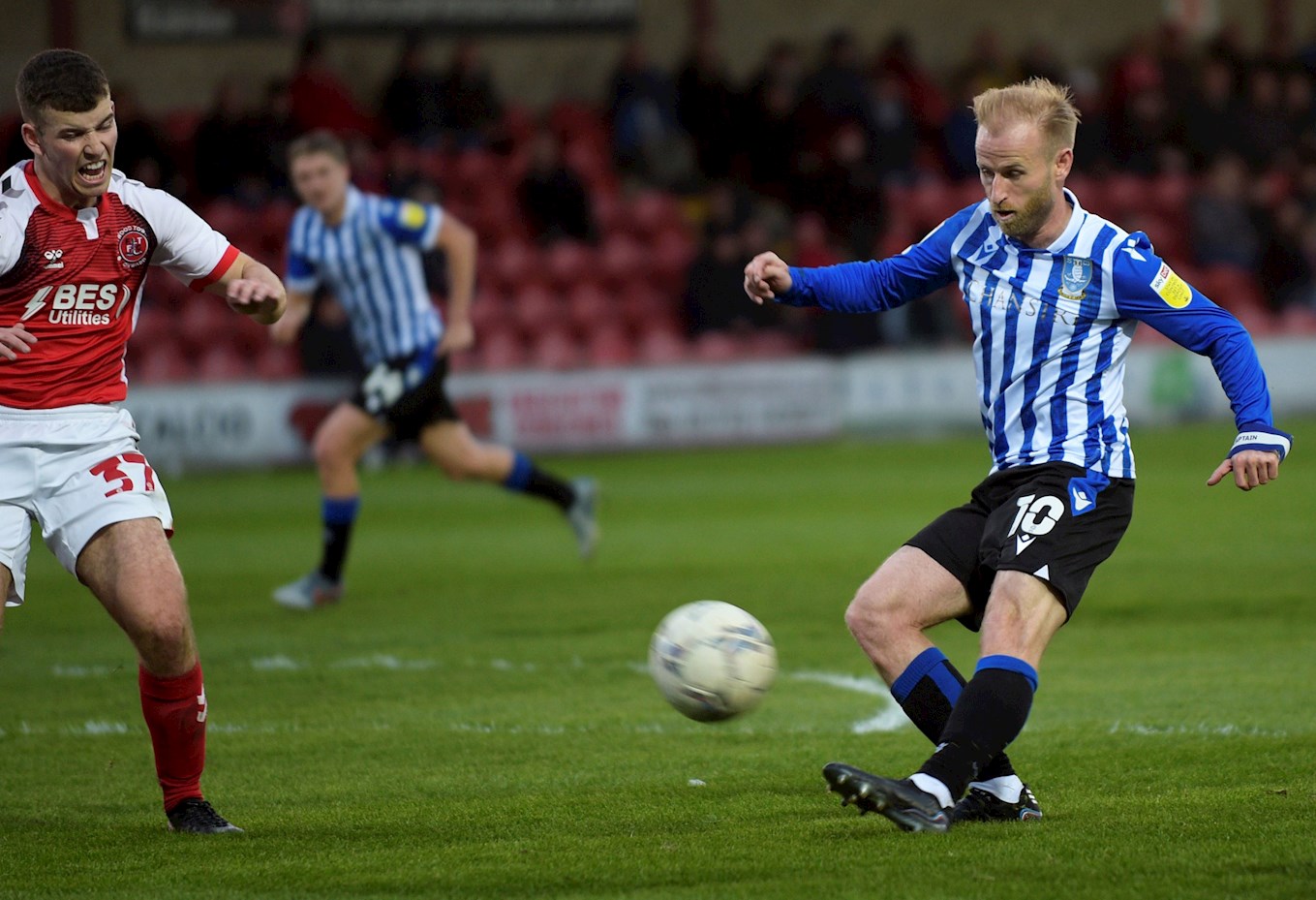 The visitors started brightly and just three minutes into the game Jack Hunt curled a long ball forward to Gregory who turned his marker before slotting past Alex Cairns.

Moments later George Byers took aim from the edge of the area, but his strike sliced wide of the near post.

Gregory had a chance to double his tally when Liam Palmer squared in the area, but his tame left- footed shot was blocked.

Wednesday were dominant and Callum Paterson was just a couple of yards short of meeting a low Marvin Johnson feed that whistled across Cairns’ box. 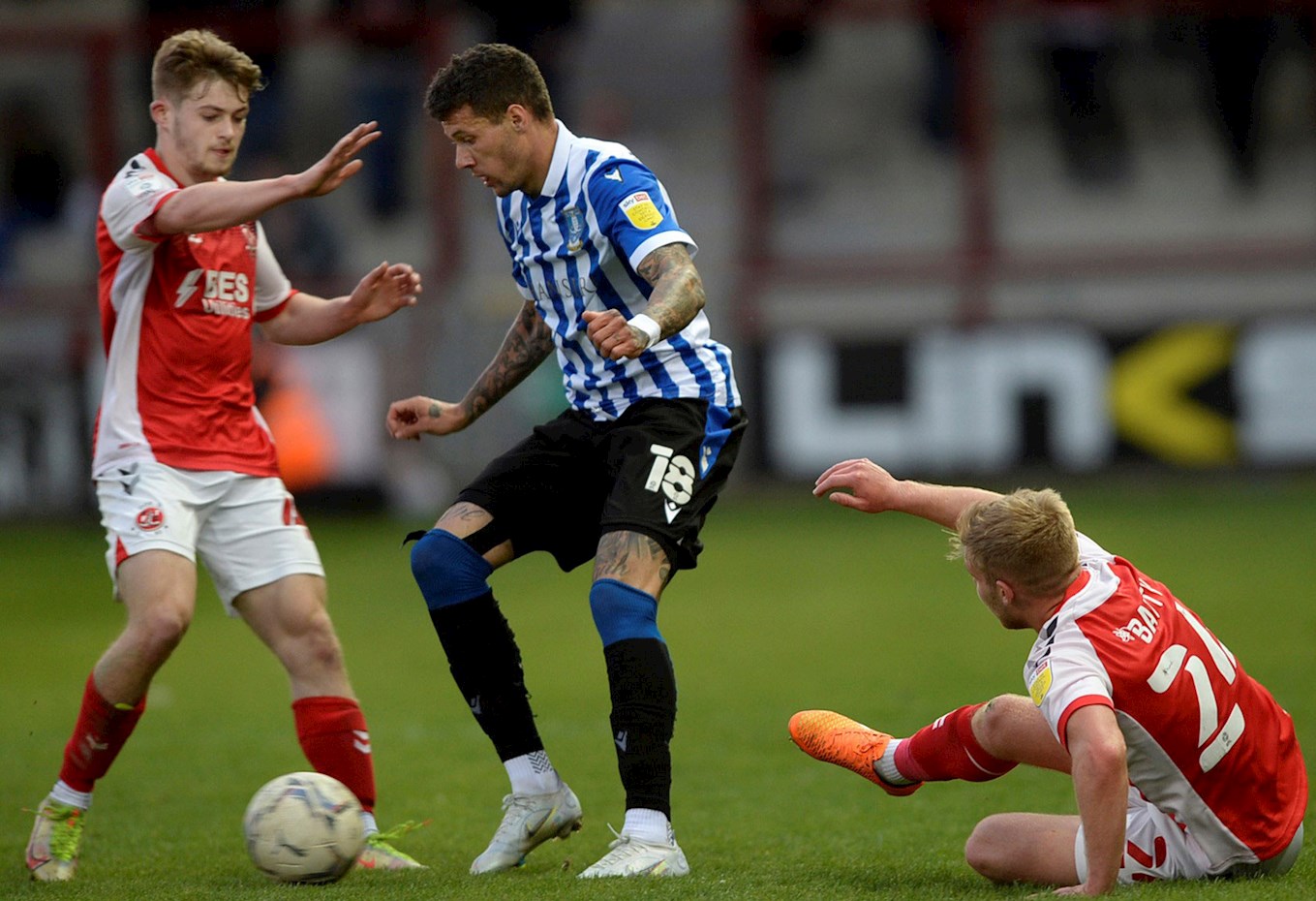 But despite the Owls’ superiority, Fleetwood levelled on 18 minutes.

Camps picked the ball up on the edge of the box following a defensive lapse and fired low into the corner to restore parity.

Things got better for the home side on 33 minutes, when they took the lead through Garner.

It was the goalscorer himself who won a free kick on the right flank, which Dan Batty whipped in to find the head of the onrushing striker before smashing into the back of the net. 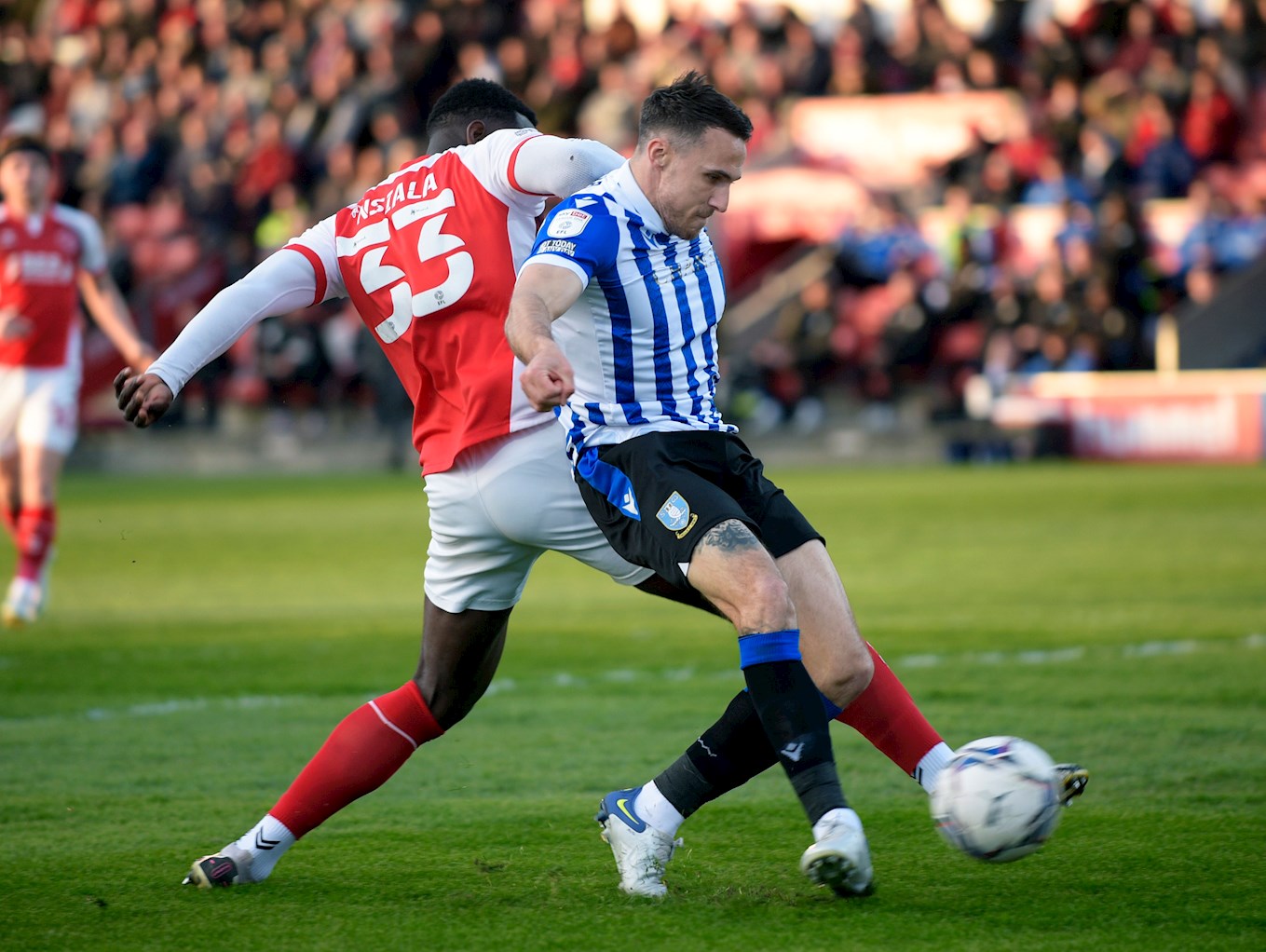 Wednesday went straight up the other end where Barry Bannan’s stunning attempt to lob Cairns almost found the top corner, but the chip hit the post before Paterson’s follow up was cleared off the line by Tom Clarke.

The half time whistle blew with Wednesday ruing their missed opportunities in the game’s early throes.

The second half was a much scrappier affair with chances for both sides at a premium.

Substitute Josh Windass had a shot on goal with his first touch of the ball, but his sidefooted attempt flew over the crossbar.

Bannan had a low shot saved by Cairns moments later as the Owls searched for a way back into the game.

Then, in the space of two minutes, the contest turned on its head.

And it was the Owls’ number nine who sent the travelling support from Sheffield wild when he fired in a low shot from the edge of the box to put Darren Moore’s men in charge once more.

Wednesday maintained composure after going in front and comfortably saw out a result that means a play-off place is in our hands ahead of Saturday’s league finale against Portsmouth at a sell-out Hillsborough.

Tickets for our clash with Fleetwood at Highbury Stadium have sold out to Wednesdayites.

Our full allocation of 1,129 sold out on Friday morning. 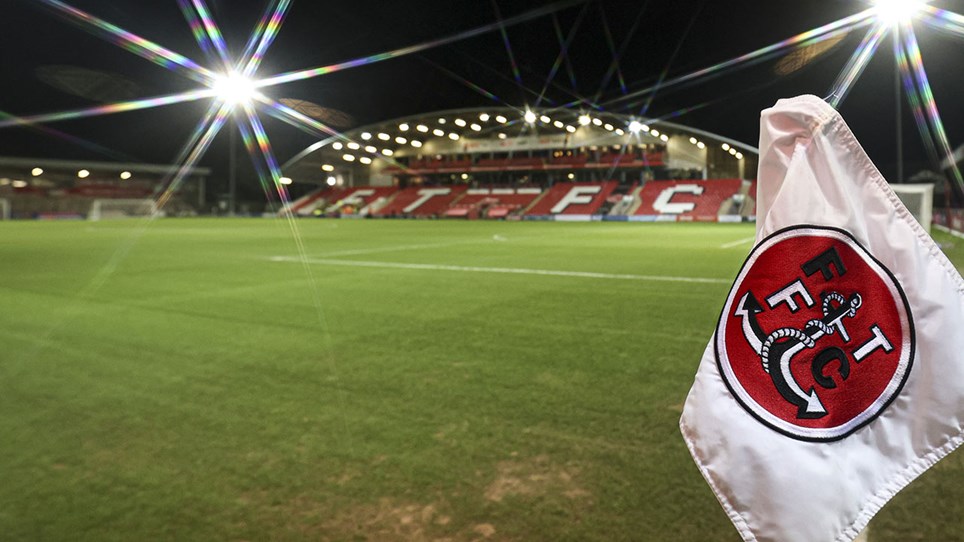 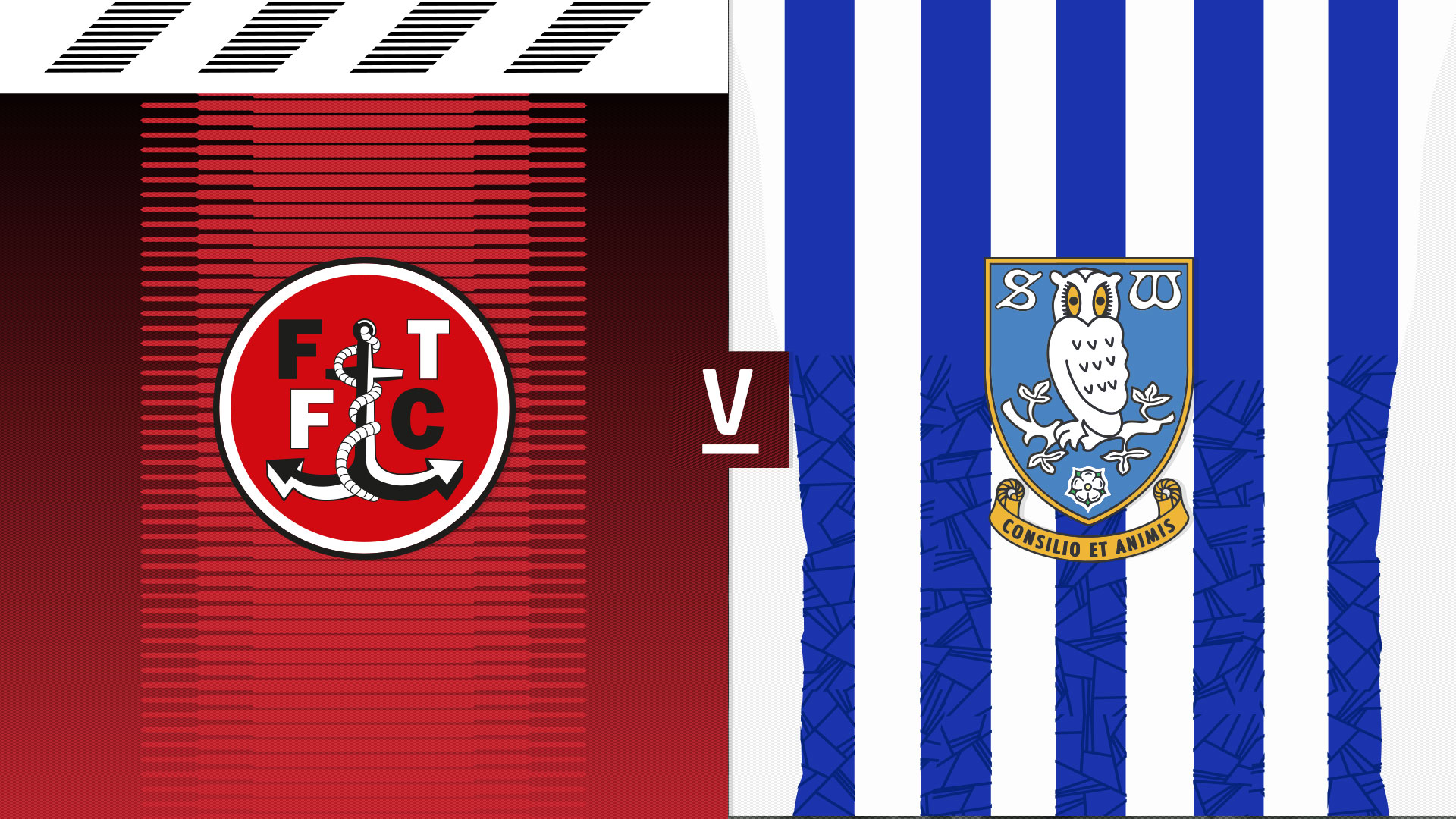 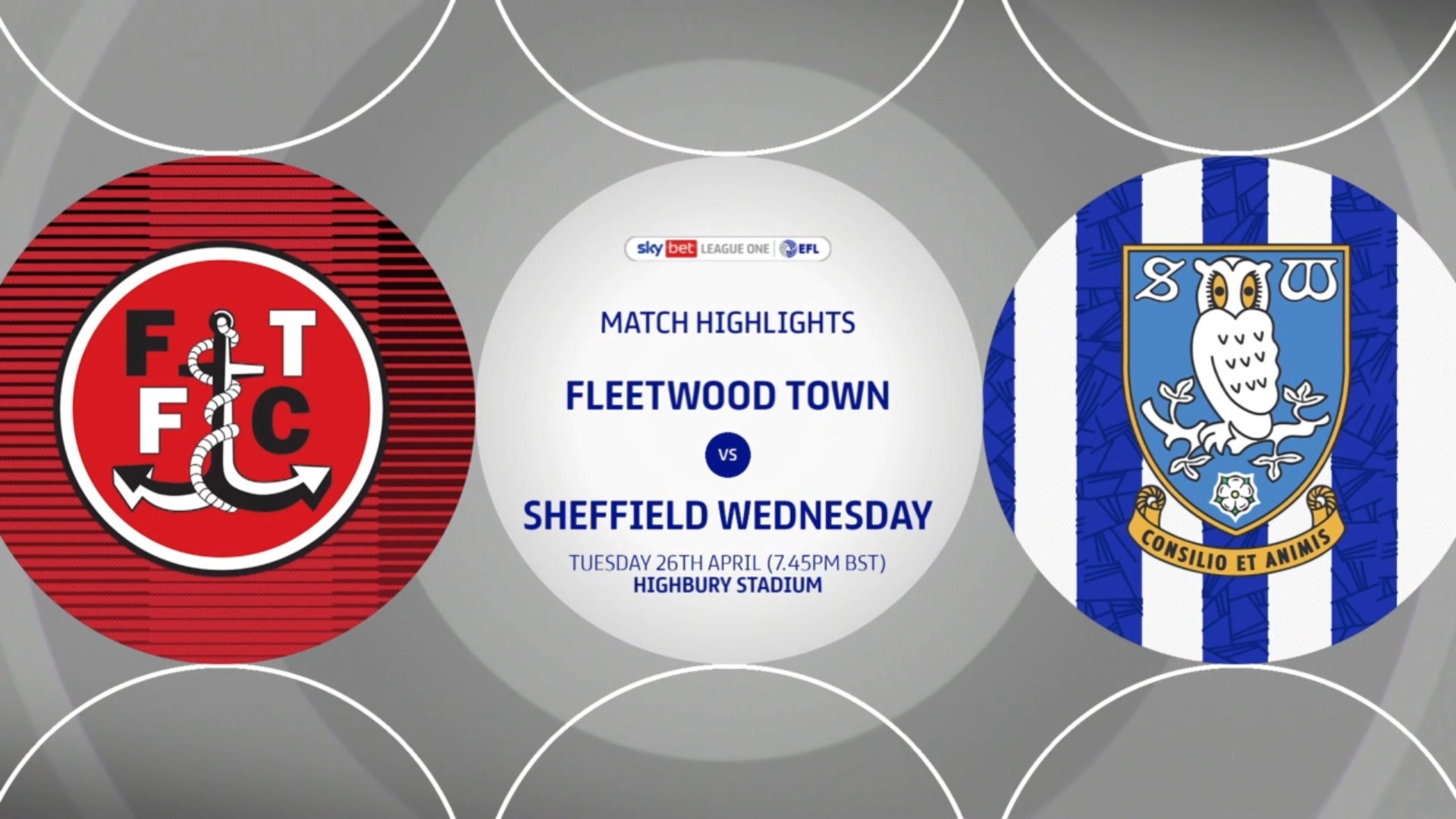 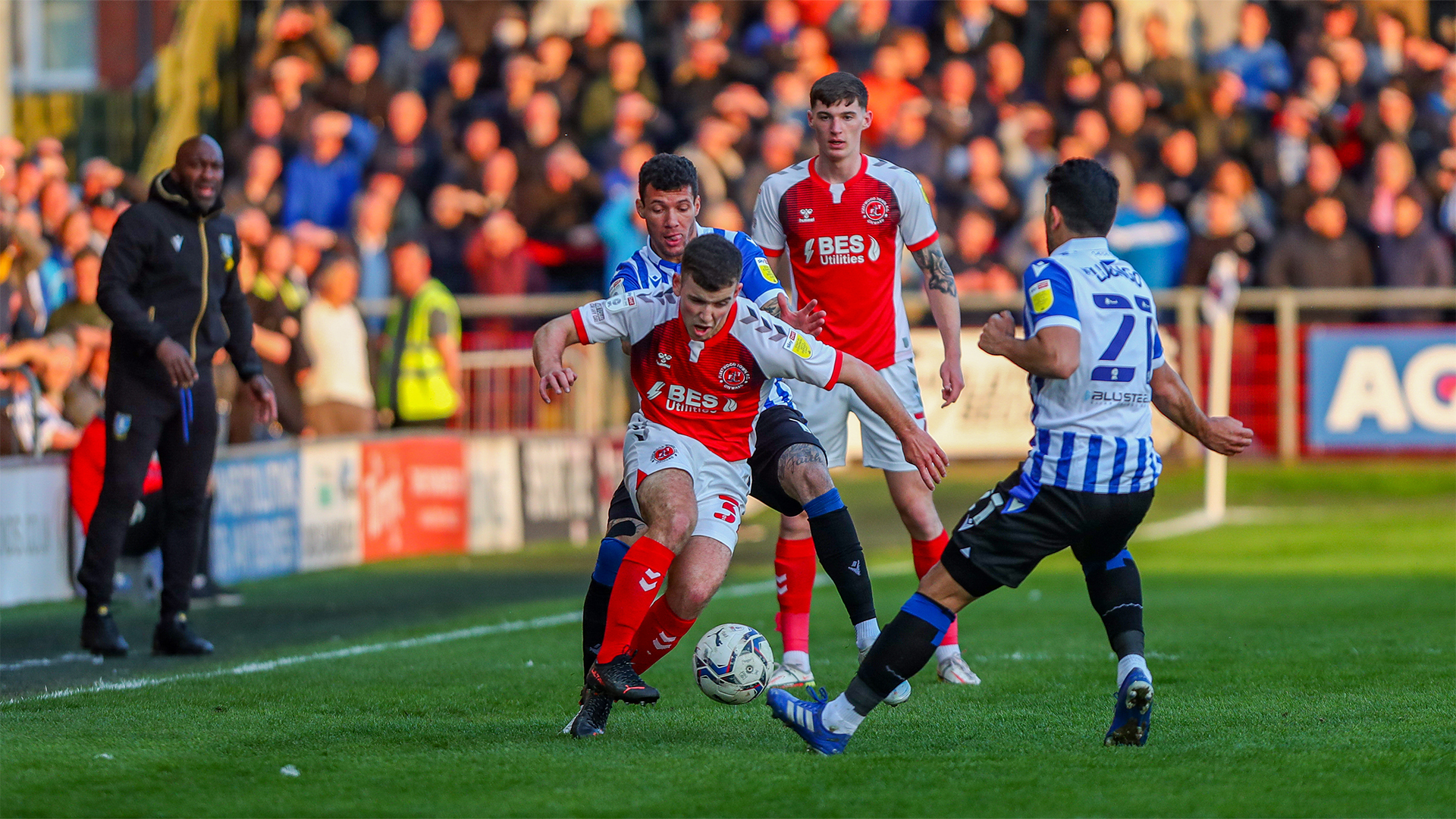