Wednesday will be backed by over 5,300 fans for the trip to Stadium MK on Saturday night.

It’s tight at the top end of the table and the outcome of the Easter fixtures will have a huge bearing on the final league standings.

MK Dons have automatic promotion in their sights after an outstanding run of results in 2022.

Liam Manning’s side are on a 15-game unbeaten run and sit second in League One, though their three-game winning streak was brought to an end last time out in a 1-1 draw with rivals AFC Wimbledon.

Wednesday are on a six-game run of resistance following the 1-1 draw with Bolton last weekend.

It was a frustrating end at the University of Bolton Stadium as Wanderers hit a late leveller, though the Owls remain in the top six ahead of this round of fixtures.

The previous meeting between the Owls and the Dons saw Wednesday come from behind at Hillsborough to pick up a 2-1 win. Lee Gregory fired the equaliser followed by a last-minute Josh Windass winner.

Wednesday: The gaffer has said aside from some bumps and bruises in the Owls camp, the squad are in good shape. 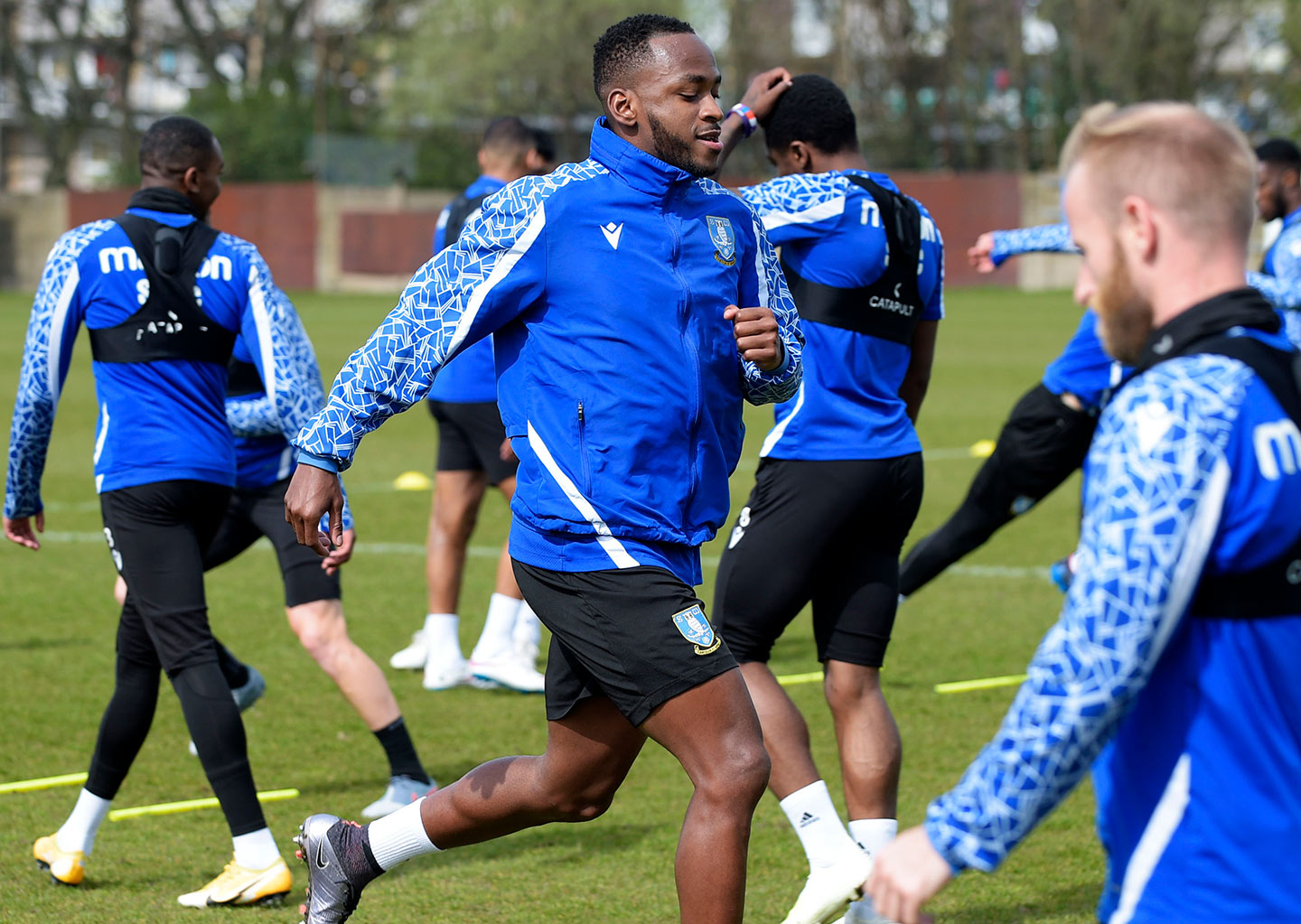 Dennis Adeniran and Lewis Gibson are back on the training pitches and making good progress.

Gibson is out of contention at Stadium MK but Adeniran is rated 50-50 to feature in some capacity.

MK Dons: This weekend’s hosts did not report any fresh injury concerns. 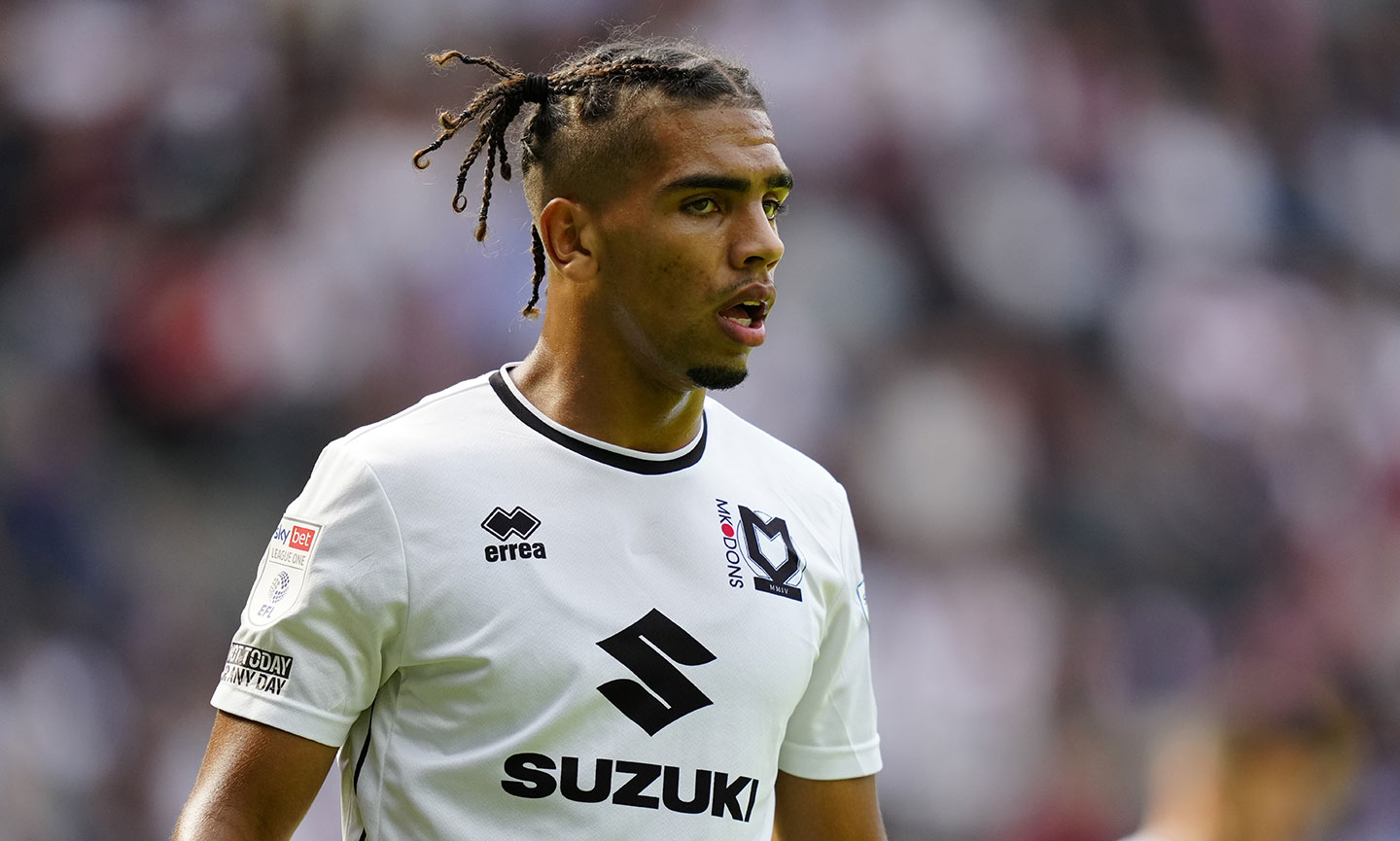 Owls fans can purchase tickets on the day from the MK Dons Ticket Office after 3:00pm or from away booth Gate 3 from 6:00pm.

All pre-paid collections will be available from the away ticket booth following the arrival of the Inter City Owl.

Away gates open at 5:45pm. Gate 1 Upper will be open for Wednesday fans with upper tier tickets only.

A scintillating first half display was the springboard for Wednesday to bounce back into the top six as they overcame promotion rivals MK Dons in Buckinghamshire.

Star man Barry Bannan was the architect, providing two assists for Saido Berahino and Lee Gregory before converting a wonder-goal to put the visitors in complete control.

It was far from plain sailing, though, as Troy Parrott reduced the arrears on the stroke of half time and Scott Twine did likewise late on but it was not enough as the Dons’ 15-match unbeaten run came to an end. 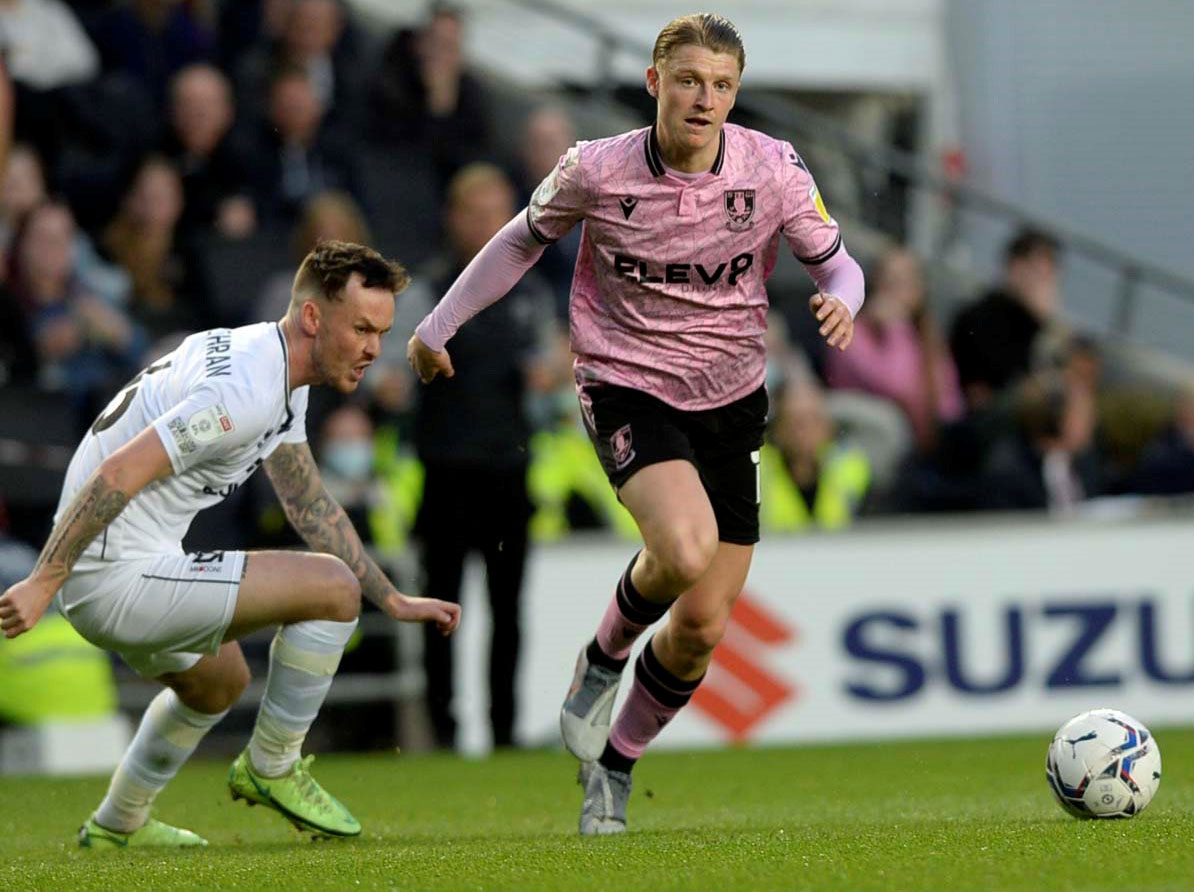 Bannan’s feed found Berahino, whose shot was too hot to handle and the ball squirmed through Cumming’s grasp to nestle in the net. 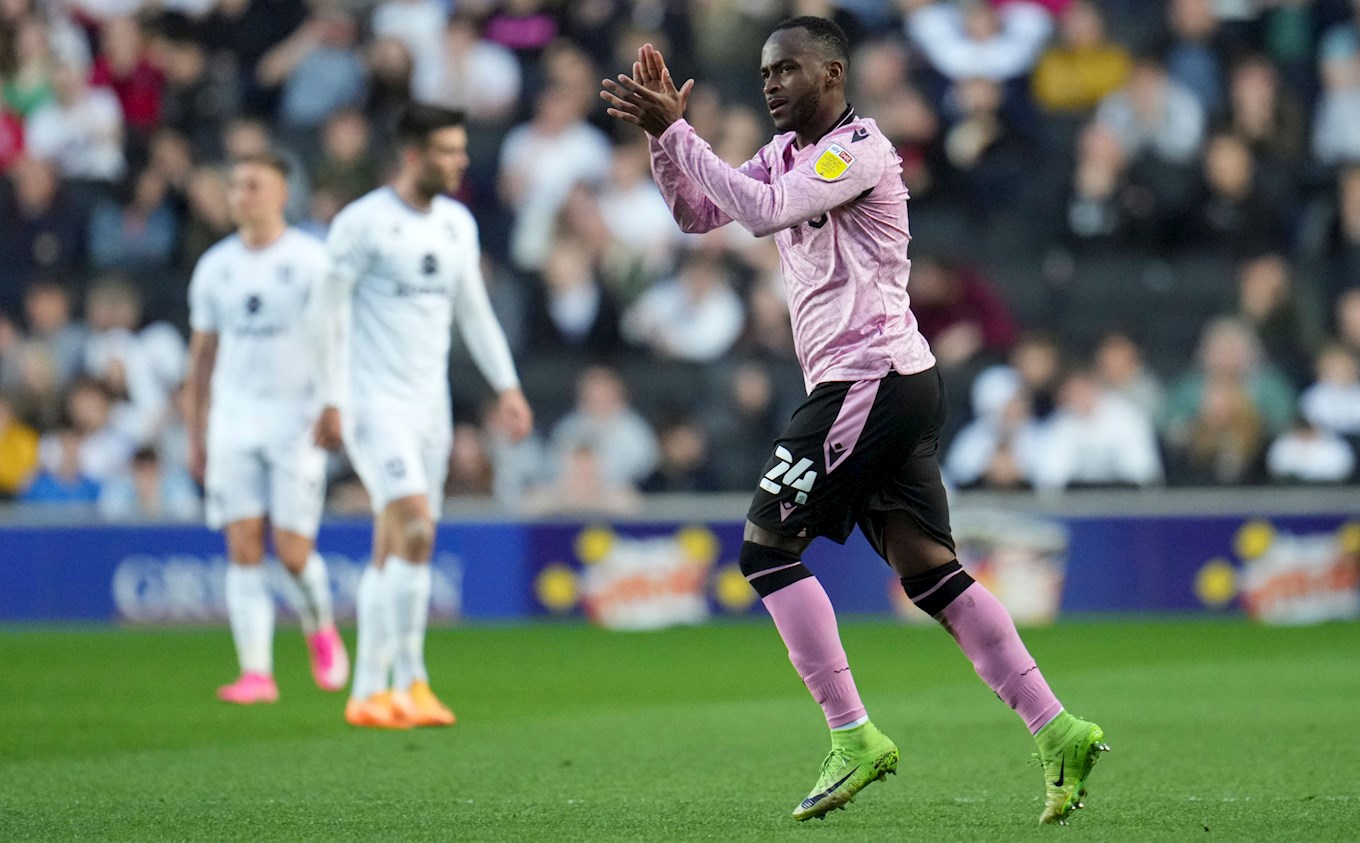 Wednesday were in control, playing their passing game, and on 20 minutes it was 2-0. That man Bannan was at the heart once more, this time delivering a corner on to the foot of Gregory, who volleyed home to double the lead.

But there was nothing routine about the third – indeed it ranks as a Goal of the Season contender. 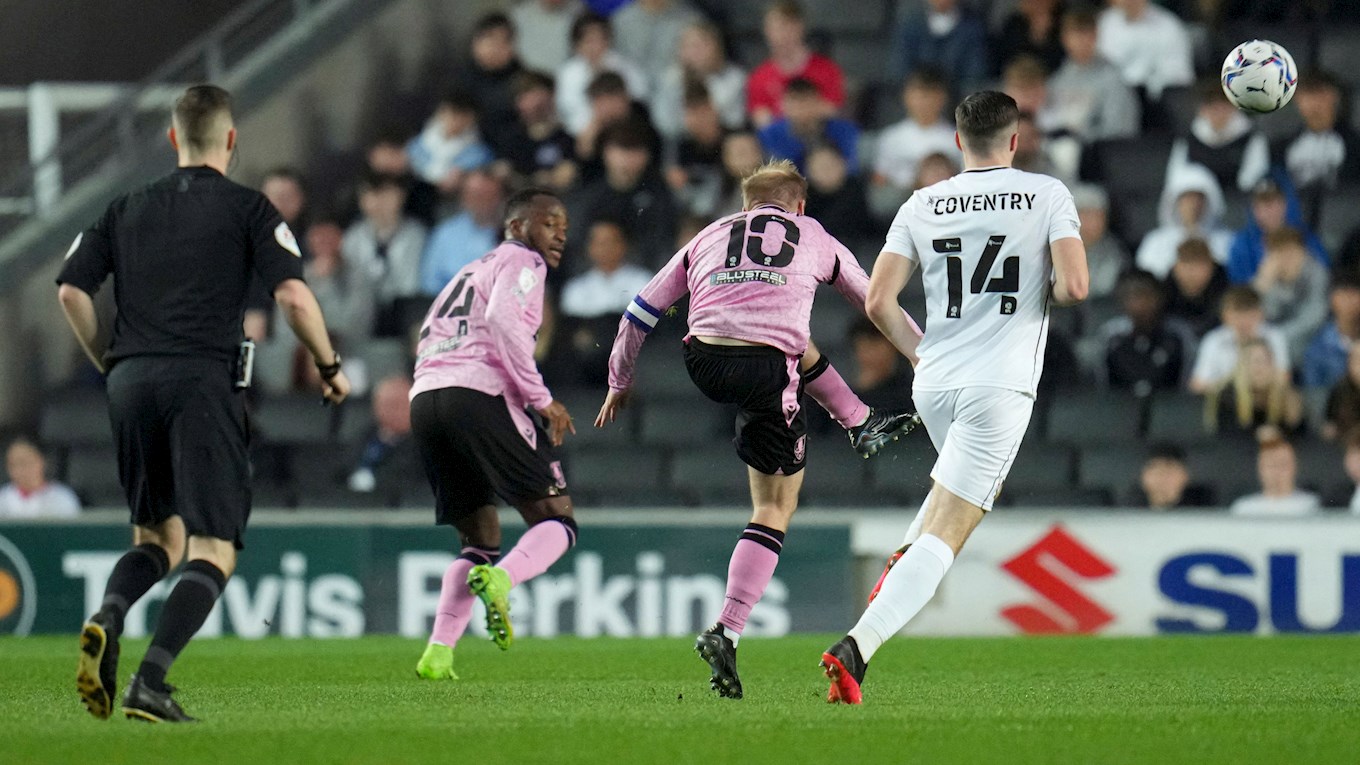 But just as the Owls were heading towards half time in dreamland, they suffered a double blow. First, Harlee Dean succumbed to injury and moments later the hosts clawed at the deficit.

Parrott burst into space down the left channel on 40 minutes, cut inside, and did superbly well to clip past Bailey Peacock-Farrell with four defenders on his trail.

The goal certainly sparked the home side into life and they came within a lick of paint of pulling a second goal back moments after the restart. Conor Coventry took possession 25 yards out and unleashed an unstoppable shot that cannoned against the frame of Peacock-Farrell’s goal.

Twine dragged a long range effort wide and the Owls responded with Marvin Johnson lashing a volley narrowly off target as the visitors began to take the sting from the game.

The possession game resumed and, a Twine effort hoofed clear by Peacock-Farrell aside, MK struggled to make any kind of impact in the final third. 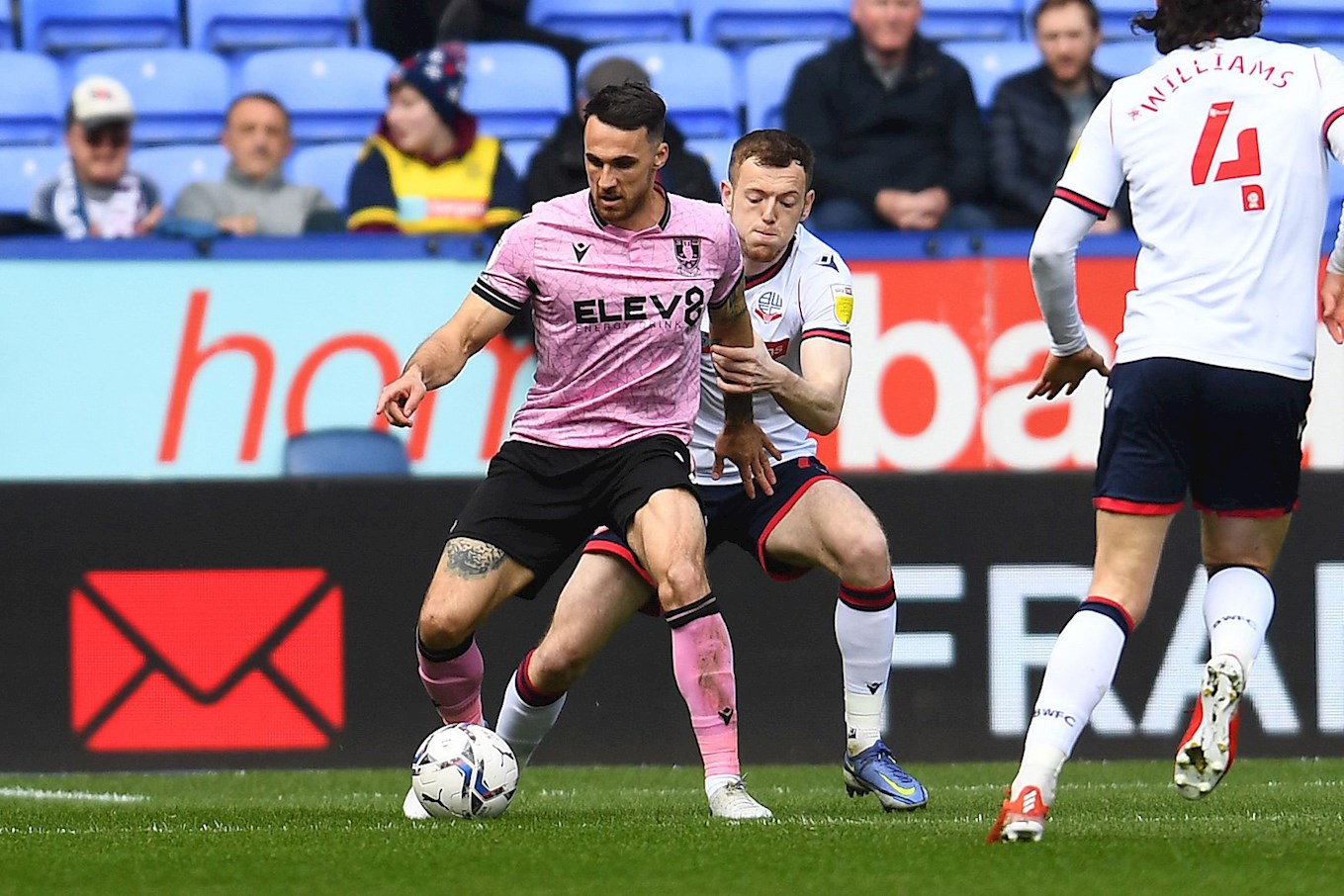 That was until the fourth minute of stoppage time when the Dons pulled another one back. Twine lined up a set piece from distance and his strike curled away from the diving Peacock-Farrell to set up a grandstand finish.

But despite throwing men forward at every opportunity, the Dons could make no further inroads on a Wednesday side that hung on to post what could prove a vital victory.

We head to MK Dons on Saturday night in Sky Bet League One and as things stand, we have sold just under 5,100 tickets from our allocation.

Tickets are on general sale and supporters who wish to have theirs posted, must make their purchase and select the delivery option by 3:00pm today (Wednesday 13 April).

MK Dons tickets will remain on sale at the Ticket Office until 3:00pm on Thursday 14 April.

The Owls Ticket Office and Megastore will be open as normal on Saturday but closed on Good Friday and Easter Monday. 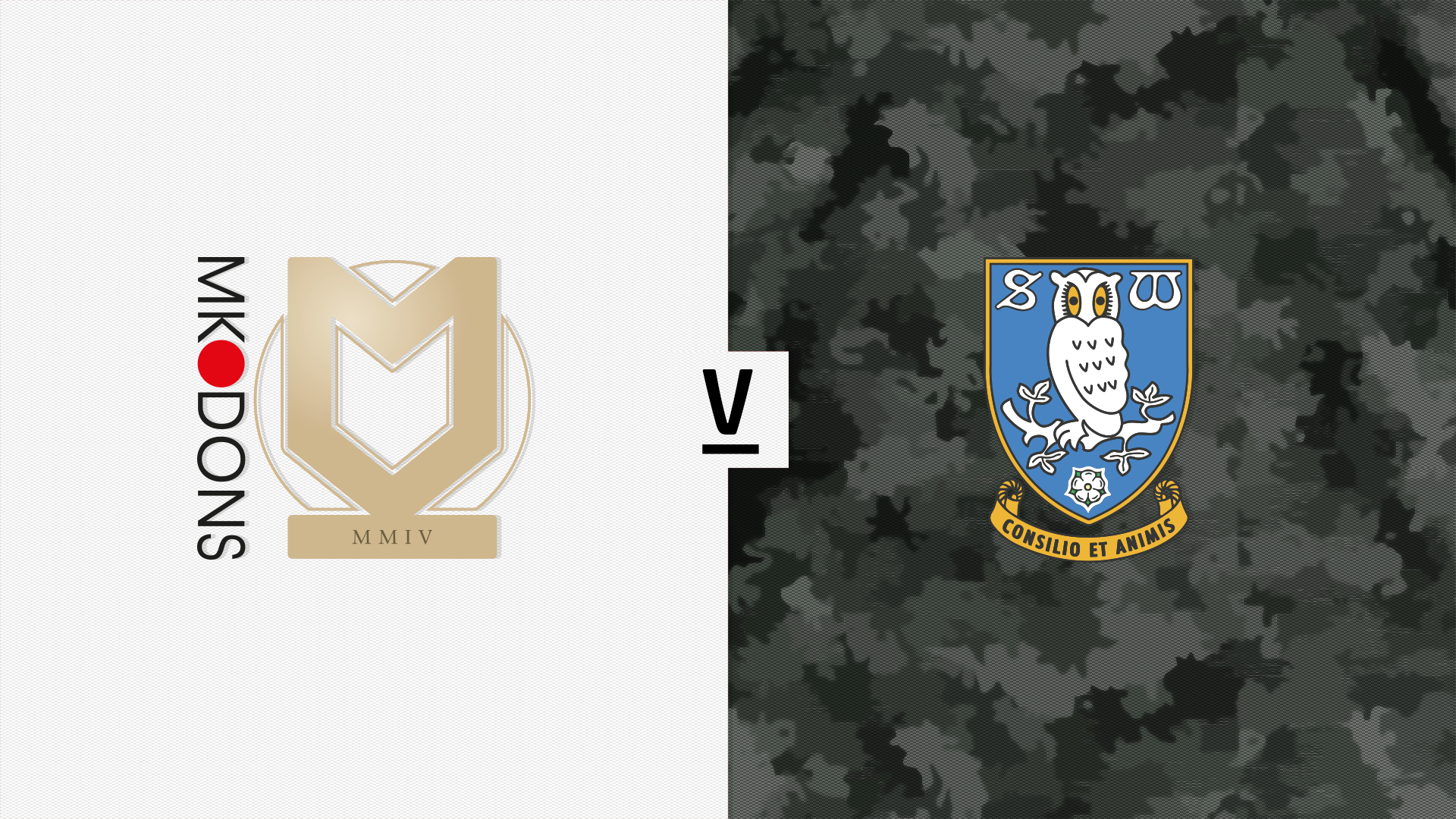 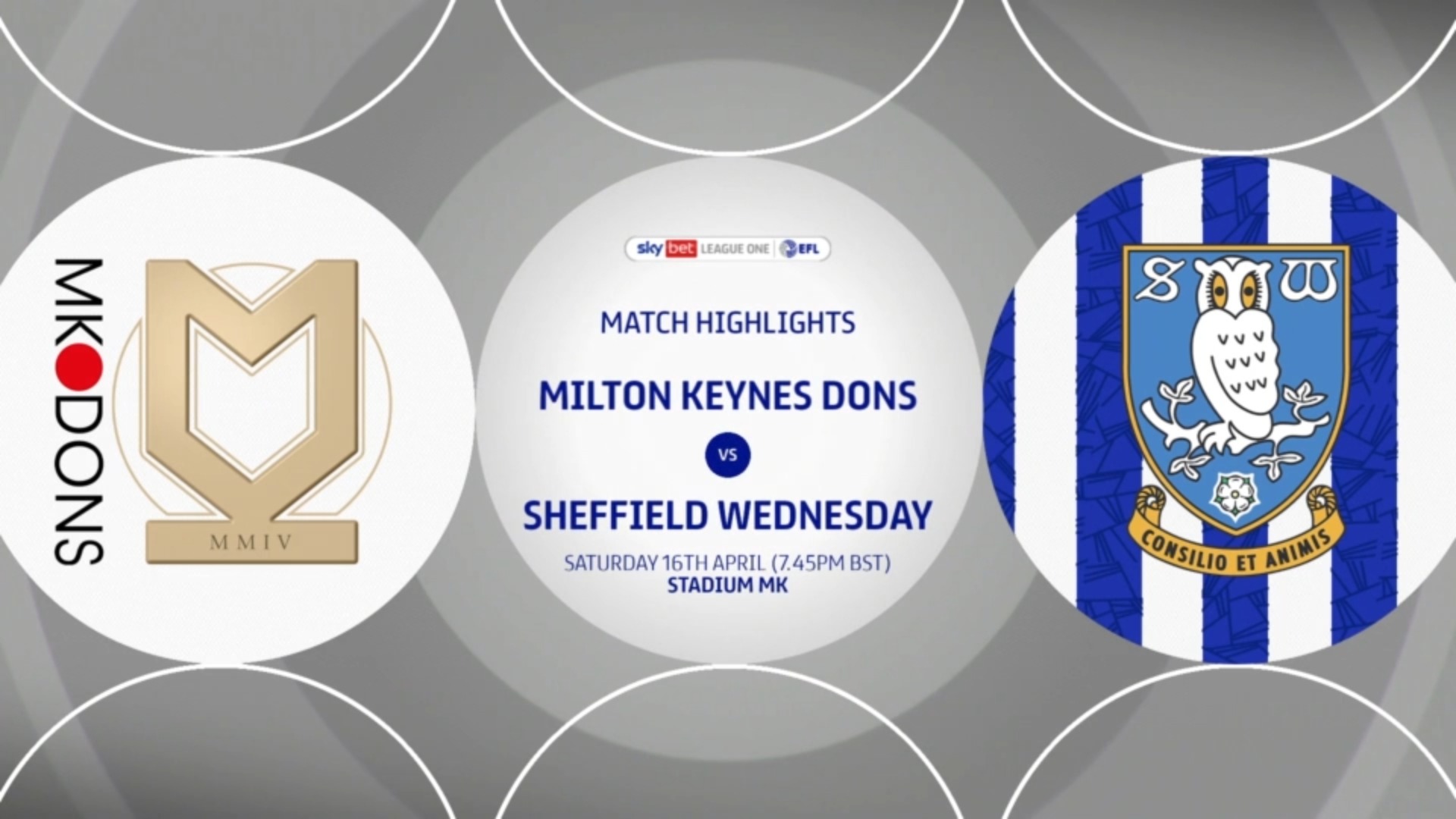