Sheffield Wednesday head to Morecambe on Saturday looking to extend what has been a positive start to the season.

The Owls are yet to concede a single goal in 2021/22 and have won the previous three league fixtures against Doncaster, Fleetwood and Rotherham.

Morecambe have gained four points from their opening four games in League One following promotion via the play-offs last season.

The Shrimps have lost three consecutive games heading into the clash with Wednesday, two in the league at home to Rotherham (0-1) and away at Gillingham (2-1).

Stephen Robinson’s side were also knocked out of the Carabao Cup in midweek, going down 4-2 at home to Preston.

Cole Stockton is one to watch for us this weekend as the Shrimps striker has begun the season in incredible form with six goals from six games in all competitions. 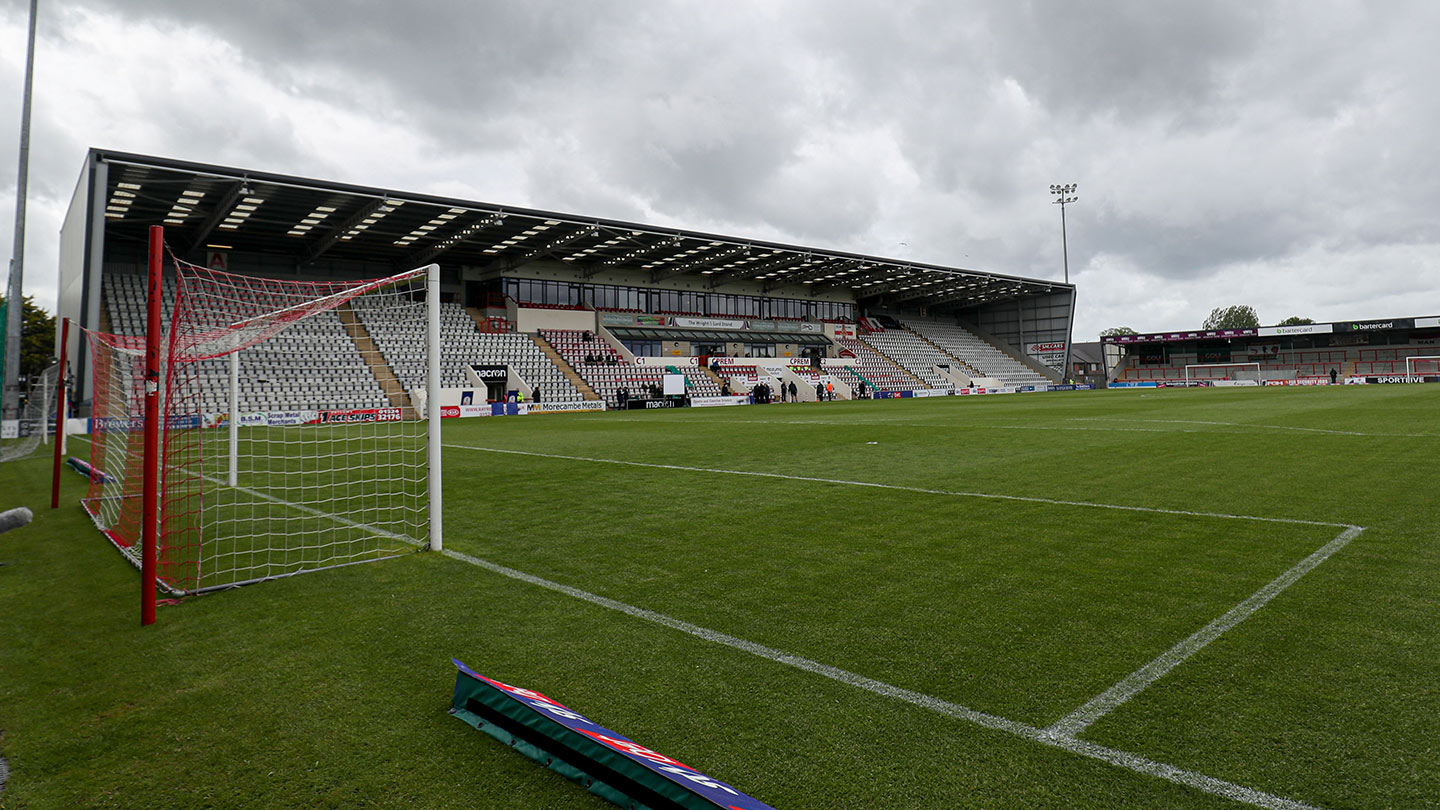 A reminder that this all-ticket fixture has sold out to Wednesdayites.

Our allocation of 1,779 was sold out by Monday of this week and we thank our fans, as ever, for your terrific support.

- Turnstiles will open at 1:45pm
- Please have your e-ticket or match ticket ready to scan at the turnstile upon entry
- All concession kiosks will be open and serving food and drinks
- Contactless payments are accepted and preferred to cash where possible 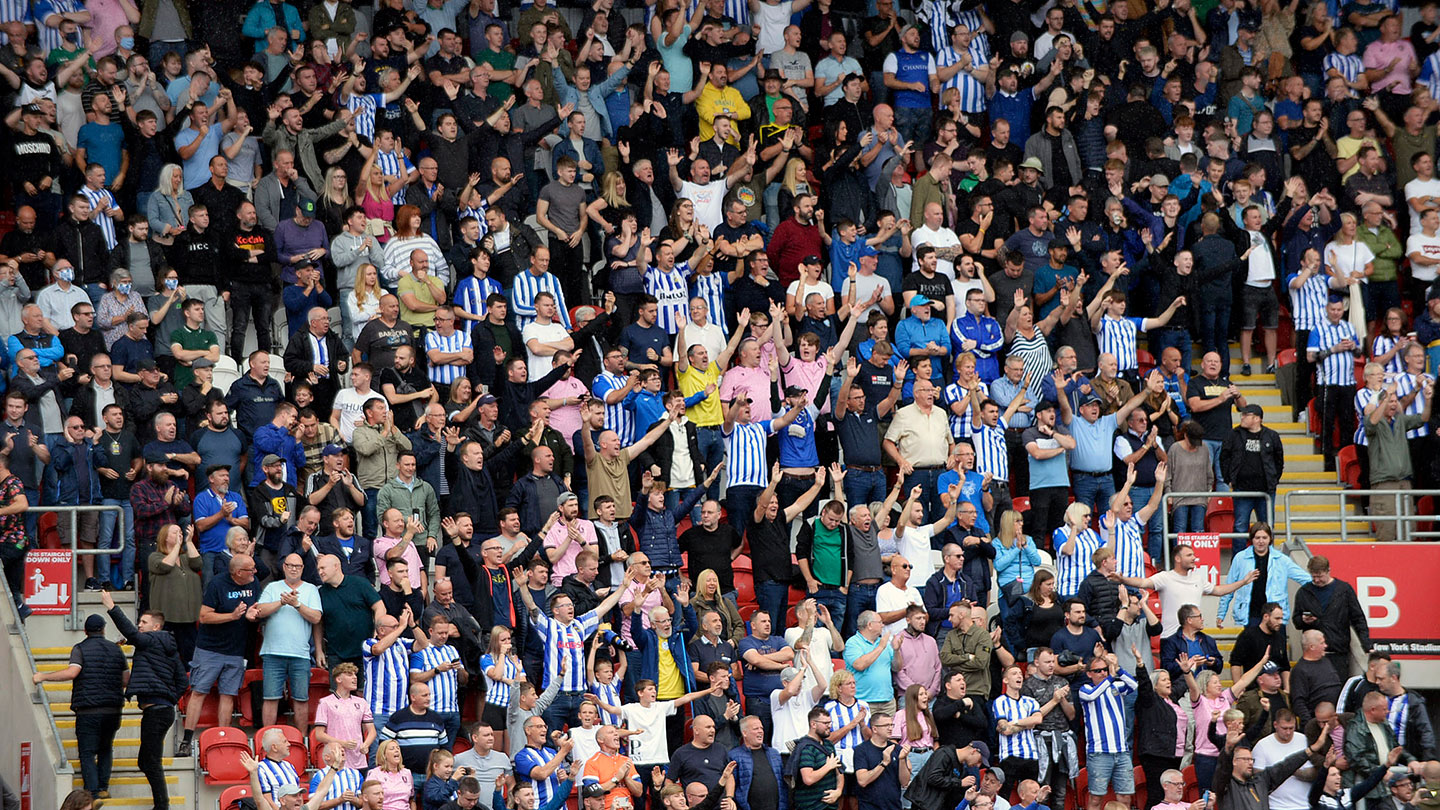 Owls: Sam Hutchinson will be assessed ahead of the game on Saturday.

The defender has begun the season in fine form but picked up an injury in our 1-0 win over Fleetwood. He is rated ‘touch and go’ by manager Darren Moore to feature.

Sylla Sow and Theo Corbeanu could make their first appearances for the Owls after impressing manager Moore in training. 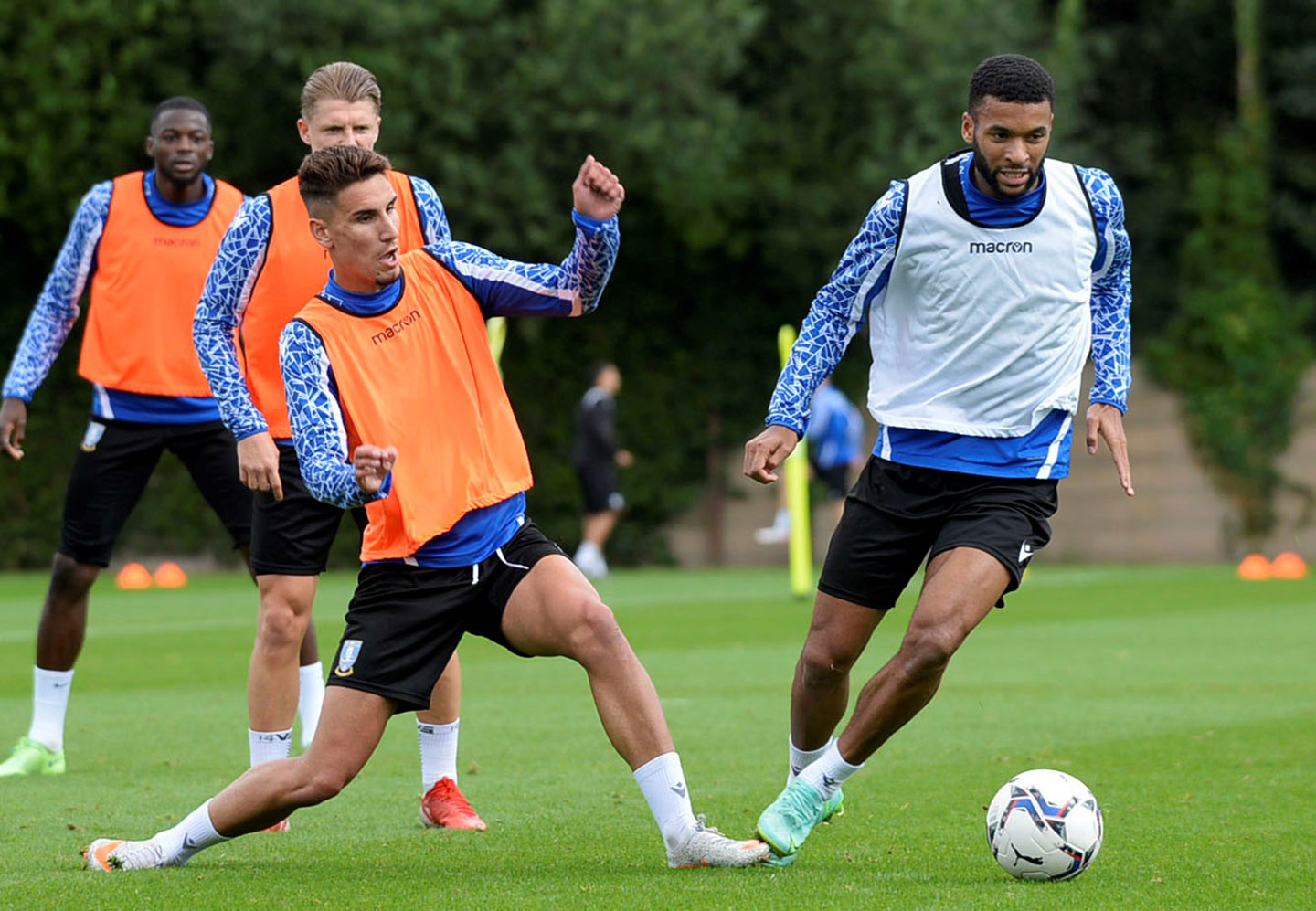 Olamide Shodipo has trained with the squad this week but the Wednesday boss will not risk the QPR loanee this weekend and will give the forward more time on the training pitches.

Elsewhere, Massimo Luongo has been ruled out, while Lewis Gibson is scheduled to resume full training from Monday.

Morecambe: The hosts have no fresh injury concerns following their defeat at home to Preston on Tuesday night.

Jon Obika and Jonah Ayunga are likely to remain sidelined through injury.

Goals from Chris Lines and Chris O’Grady sealed our passage to round two.

Goals from Lines and O'Grady saw us progress in the FA Cup! #swfc pic.twitter.com/zFIOr76Zl9

Wednesday suffered their maiden defeat of the season and paid the price for failing to turn dominance into goals at Morecambe.

Substitute Ryan Delaney settled what for large parts was a one-way contest as the Owls controlled the game after a promising start from the Shrimps.

But for all their purpose and guile, Wednesday fell short in the final third and Delaney’s second half goal proved the difference.

The Owls went into the contest protecting the best defensive record in the country and lived up that billing as Morecambe applied the first bouts of pressure. 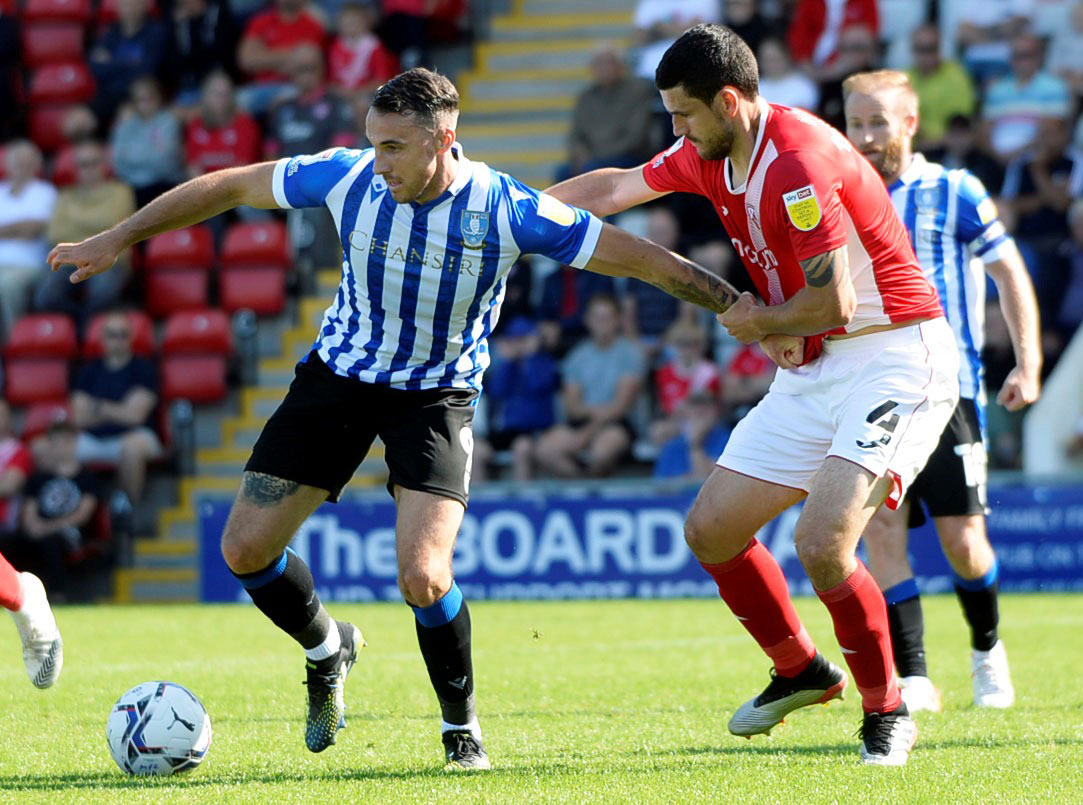 But Wednesday grew into the game and Shrimps skipper Sam Levelle had to be alert to thwart Lee Gregory from the Owls’ first attack as the striker pulled the trigger eight yards out.

Wednesday’s neat passing game was causing concerns in the Morecambe rearguard and the breakthrough almost came right on the half time whistle as Gregory glanced a header inches wide from a whipped Marvin Johnson cross. 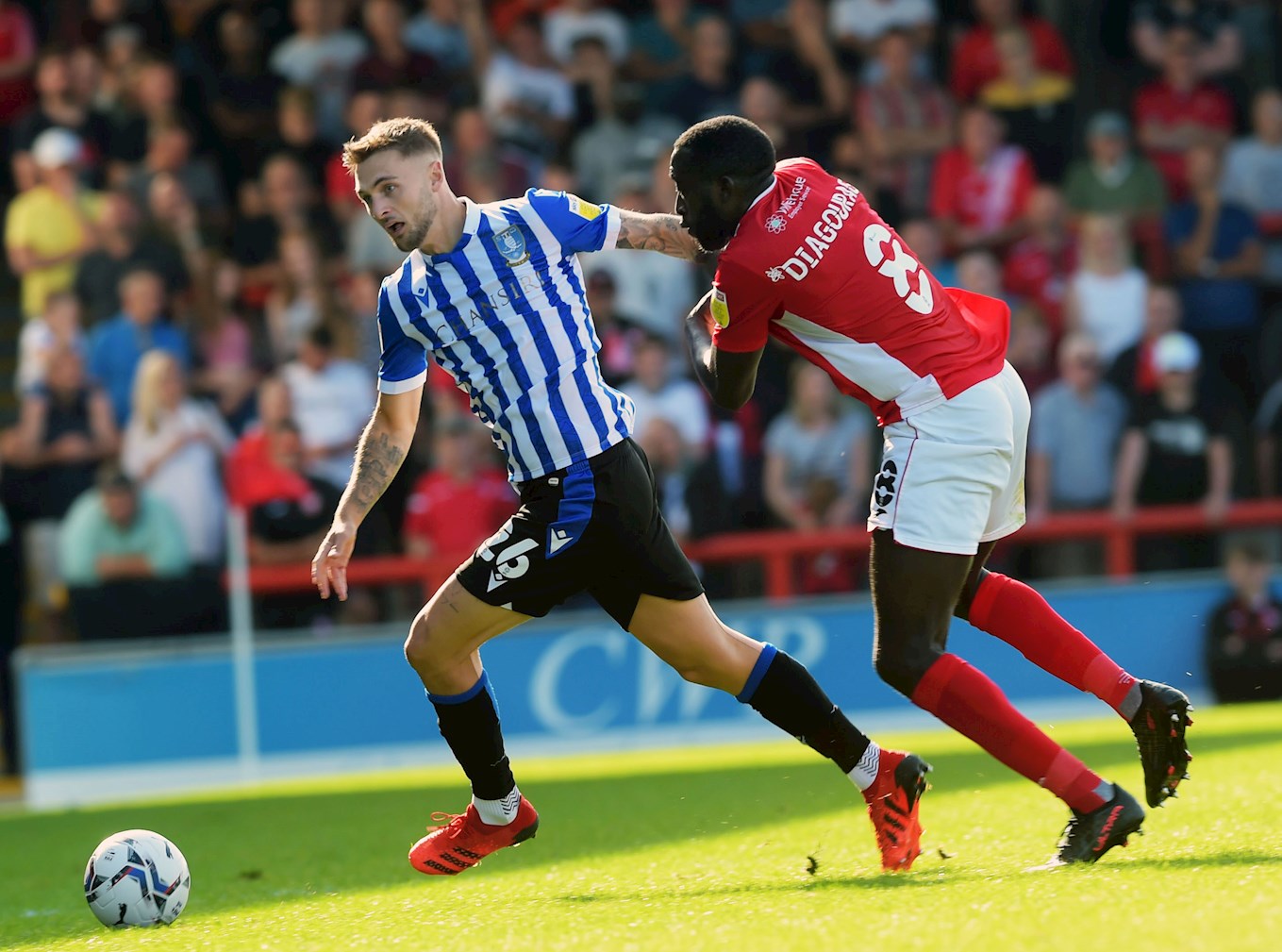 The Owls went closer still just three minutes into the second half through George Byers. The midfielder chanced his arm 25 yards out and beat Jokull Andresson all ends up but the ball cannoned to safety off the upright.

Still the visitors pressed forward and Gregory hit narrowly over after swivelling to shoot in the box before Brown was halted in his tracks by the outrushing Andresson.

The Morecambe shot-stopper dived to his right to prevent the ever-busy Gregory breaking the deadlock on the hour as Wednesday stayed in the driving seat.

The only thing missing was the goal but alas for the Owls it came at the other end. Adam Phillips swung a corner into the heart of the danger zone and Delaney bundled home almost on the goal line. 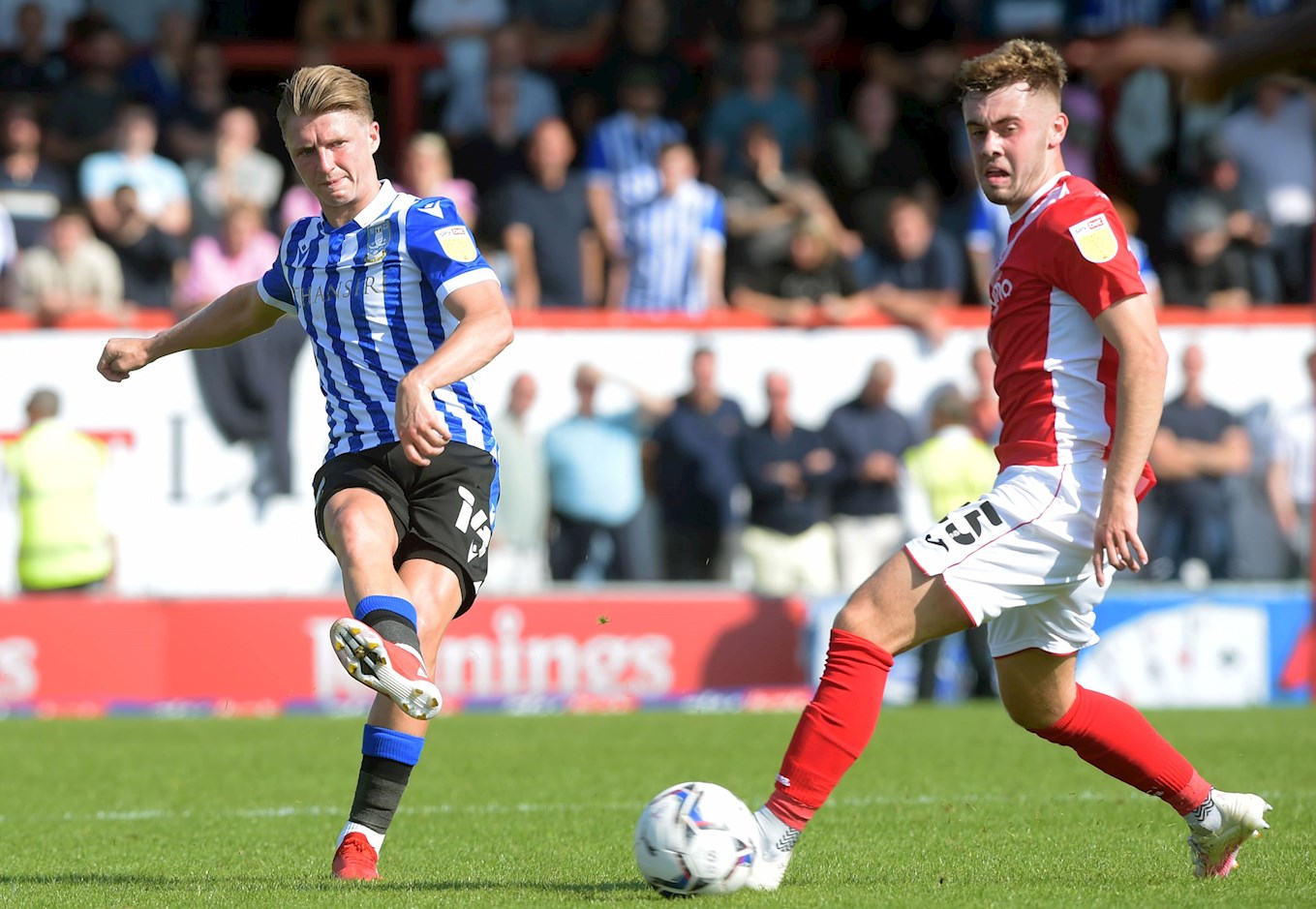 It was the Wednesday’s first concession of the campaign, the first time they have been behind, and the first question of its kind.

Darren Moore made an immediate double change, with Florian Kamberi and Theo Corbeanu introduced from the bench. Lewis Wing also came on as the Owls looked to fashion an equaliser.

But try as they might, with Gregory remaining the main threat, Wednesday were out of luck and the final action of note saw Stockton then Arthur Gnahoua squander chances but it mattered not as the hosts triumphed in front of their highest attendance in history.

The Owls’ League One trip to Morecambe this coming Saturday, 28 August has sold out to Wednesdayites.

We have an allocation of 1,779 tickets for the Mazuma Stadium clash as Darren Moore’s men look to extend our impressive start to the new campaign.

Wednesday’s only other meeting with Morecambe through history was back in November 2011 in the first round of the FA Cup, when the Owls won by the odd goal in three over the Pennines. 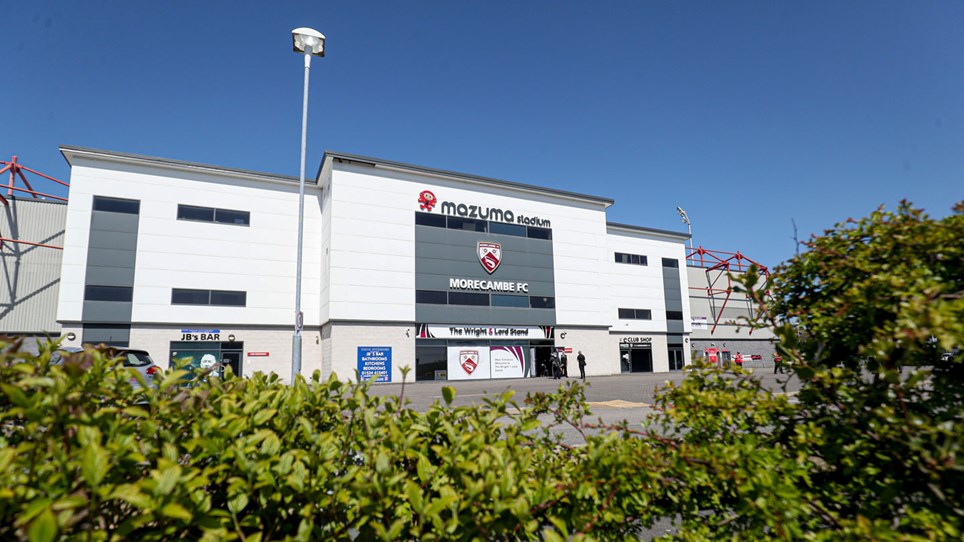 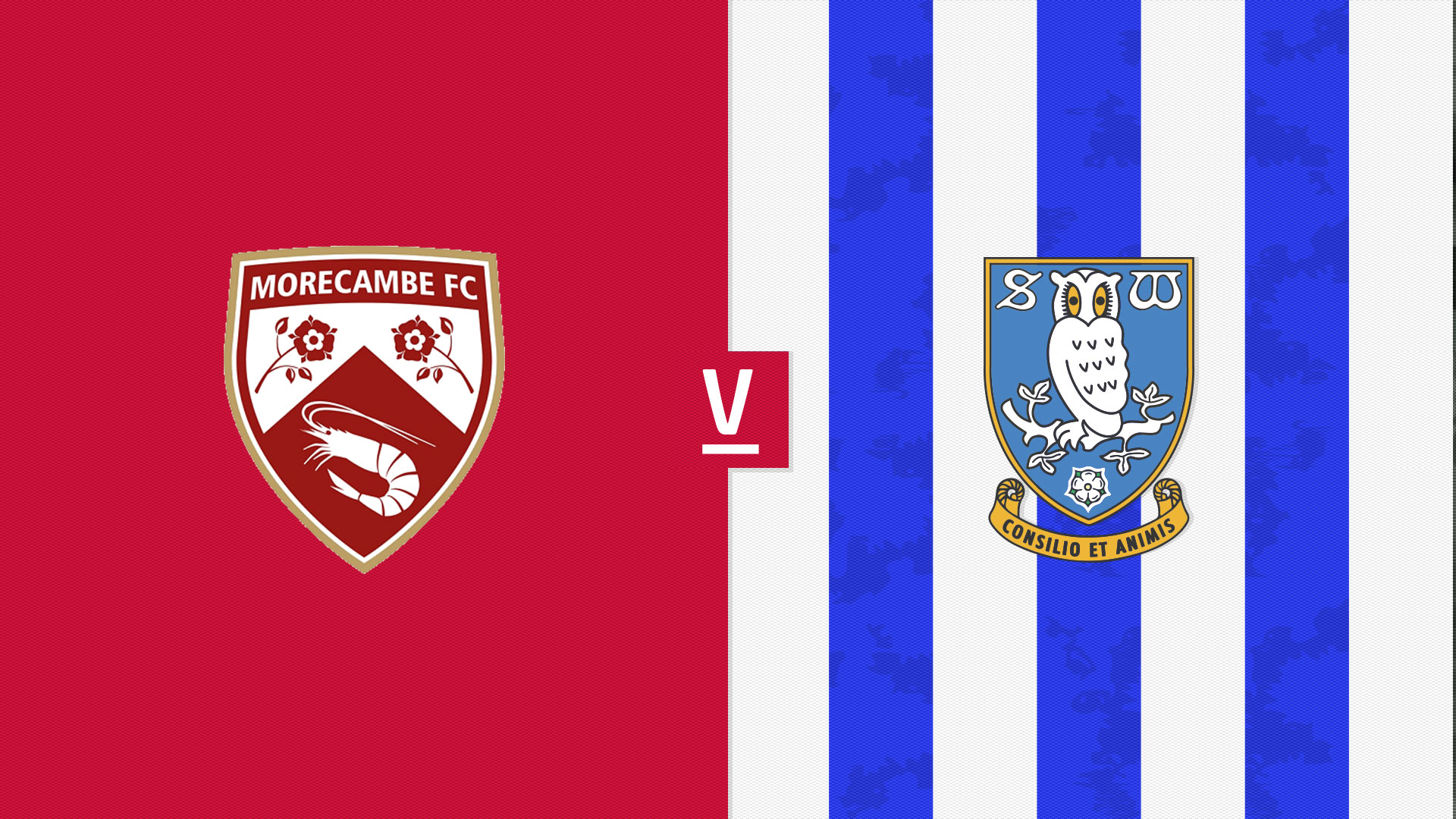 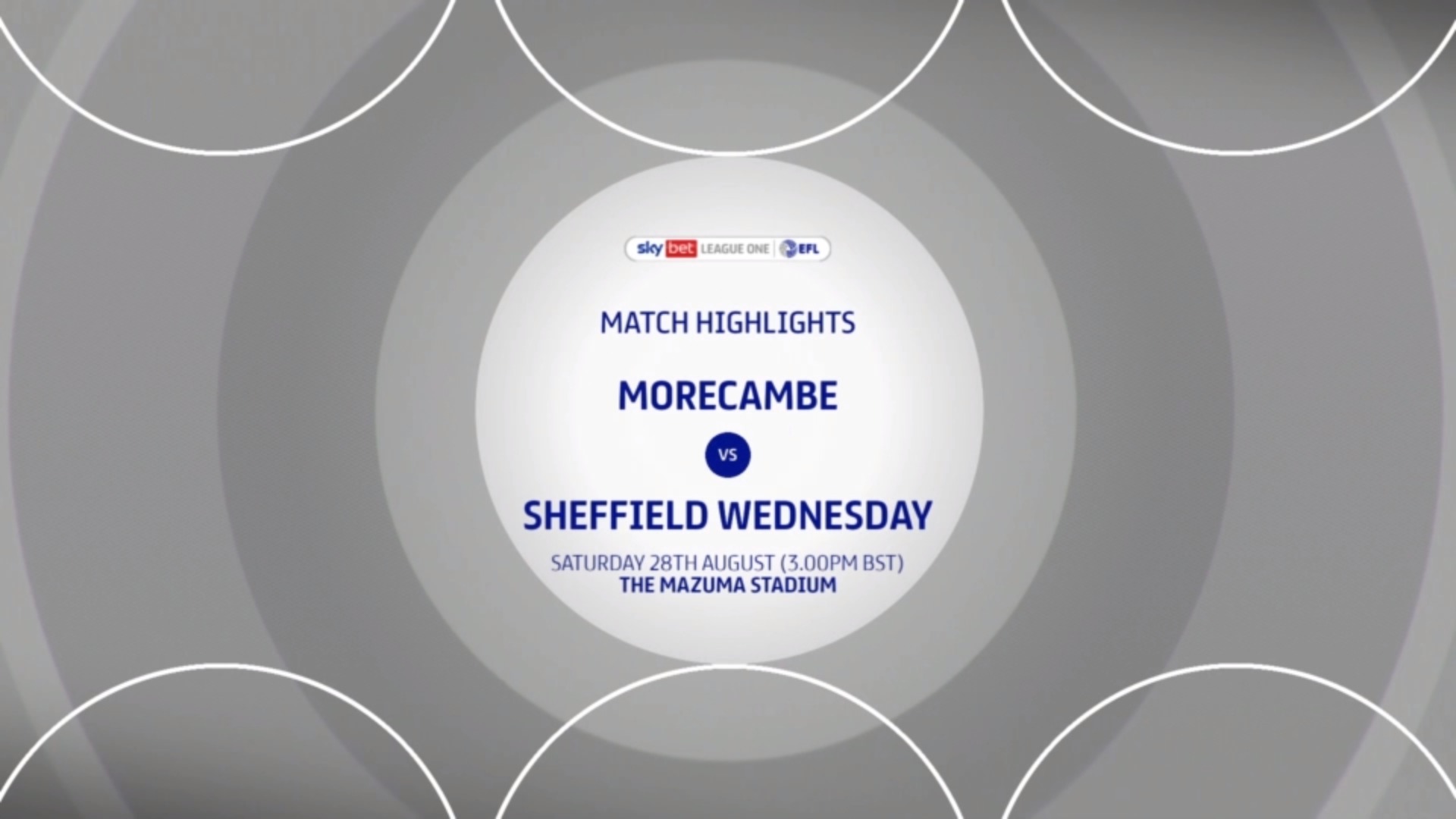 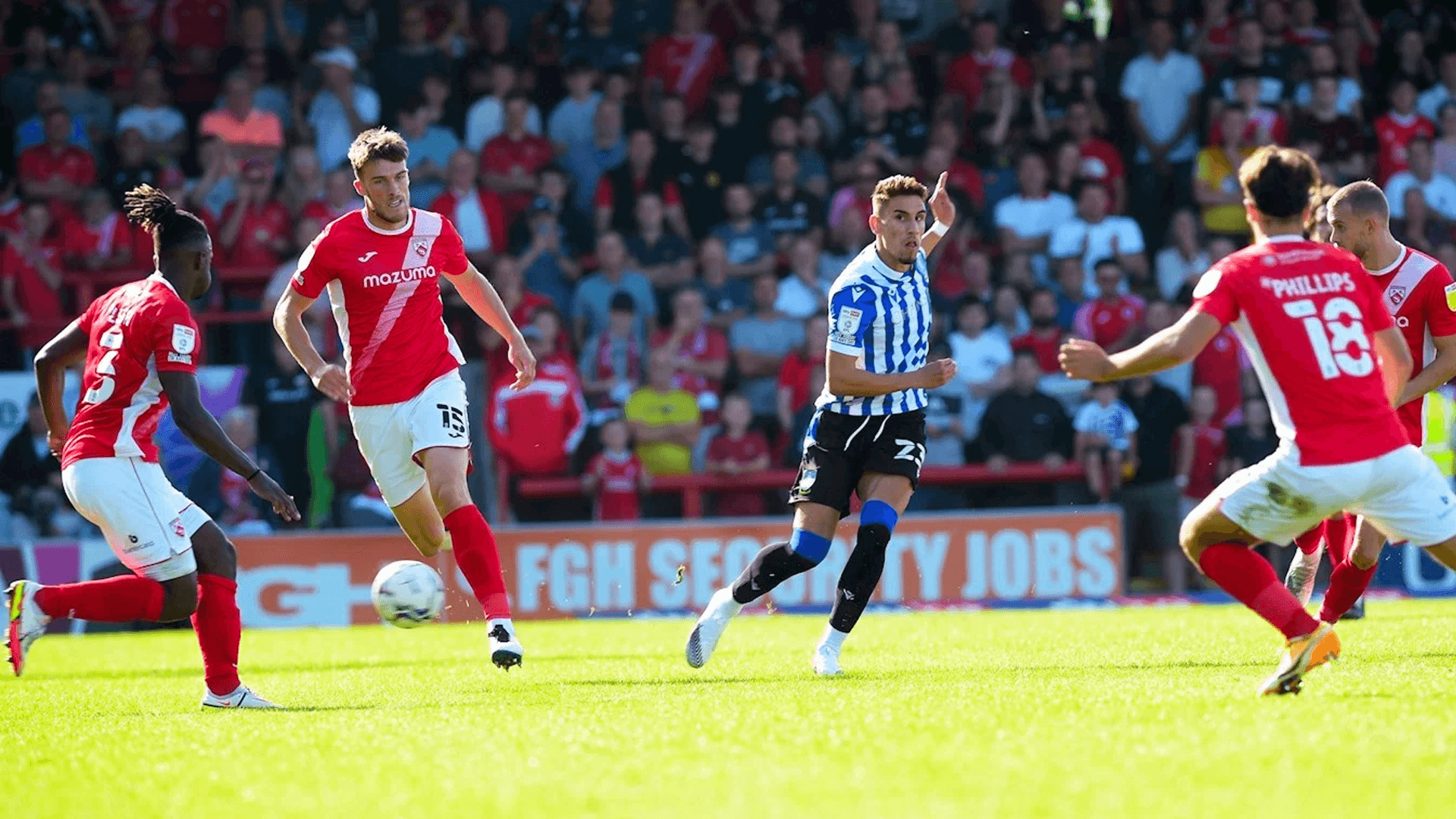