The Owls’ home form has been electric since the turn of the year.

Darren Moore’s side have won seven of their eight fixtures at Hillsborough in 2022.

On top of that, Wednesday are the leading scorers in the top four divisions on home soil this calendar year – a total of 21 goals at Hillsborough.

Incredibly, 11 of those have come in the last two S6 outings, our 5-2 victory over Burton and 6-0 win over Cambridge. It’s the first time the Owls have scored five plus goals in consecutive home games since 1958.

Tonight, we face an Accrington side who picked up a solid 2-1 win over Charlton on at the weekend.

At home, the Lancashire side have been strong but on the road, it has been a tough campaign for John Coleman’s side. Stanley have won three of their 17 trips, losing on 11 occasions.

The two sides last met back in November when the Owls emerged 3-2 winners at the Wham Stadium. This was the first ever meeting between the two clubs.

Wednesday: There were no fresh injures reported following our crushing win over Cambridge on Saturday.

Dominic Iorfa stored over half an hour in the second half with the defender going on from the bench following our sixth goal against the U’s.

Lee Gregory also returned to the starting XI after a spell out through injury and came through the game unscathed.

During his post-match media at on Saturday, the gaffer said he expects to have the same group of players available this evening. 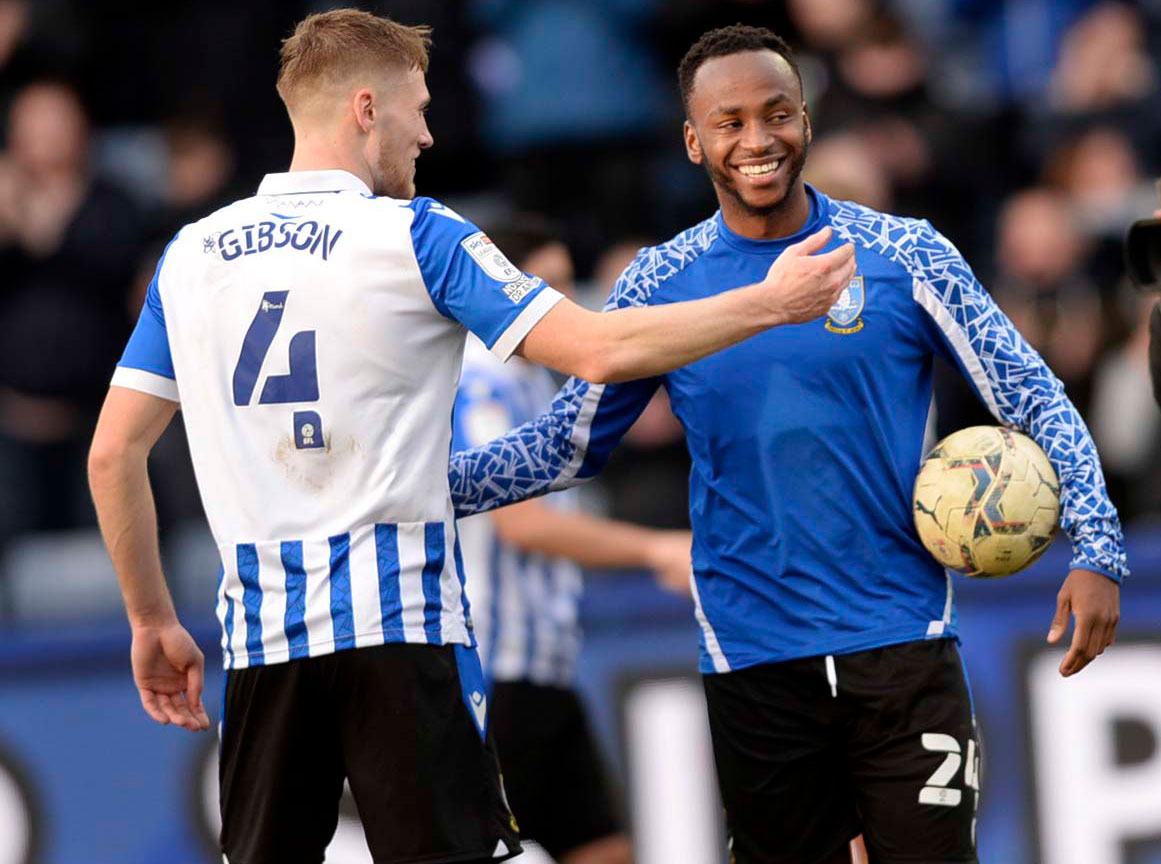 Accrington: There are set to be changes from Stanley’s win over Charlton on Saturday.

Tommy Leigh is suspended after seeing red against the Addicks, while fellow midfielder Liam Coyle is likely to miss out through injury.

Tonight’s S6 clash is available for live stream on iFollow for supporters in the UK and overseas.

Match passes bought for the postponed fixture are valid for this evening.

New passes can be purchased for £10 HERE.

Tonight gives supporters a unique chance to own a rare piece of Wednesday memorabilia! The original programme from the Owls v Accrington last December is on sale this evening – coated by two specials ‘wraps’ which cover both postponements to mark the almost unprecedented turn of events.

‘Wednesday’ is on sale around the stadium and in the Owls Megastore, priced £3.

Tonight’s game is the Owls’ dedicated Level Playing Field Week of Action fixture. The players will wear warm-up t-shirts to raise awareness for the fantastic charity that looks after disabled supporters in England and Wales.

From a goal-glut on Saturday to a 1-1 draw on Tuesday. Darren Moore has warned of the unpredictable nature of League One and his words rang true as the Owls were pegged back by Accrington.

Callum Paterson broke the resolve of Stanley midway through the second half but the visitors equalised through an unfortunate Marvin Johnson own goal to keep Wednesday out of a top six return.

The Owls made their attacking intent clear but after an encouraging start were frustrated for long periods by a dogged Accrington display. Barry Bannan forced Toby Savin into a near post save as the hosts pushed for control and the keeper came to the rescue again, parrying clear a fierce Saido Berahino drive, but Stanley began to creep into the contest.

And they created a clear opening on the 20-minute mark, Marcel Lewis glancing wide after fine wing play from Rosaire Longelo.

Possession was shared as the game fell into a lull ahead of the interval, before which the highlight was Savin diving smartly to keep out a sweet shot from Paterson. 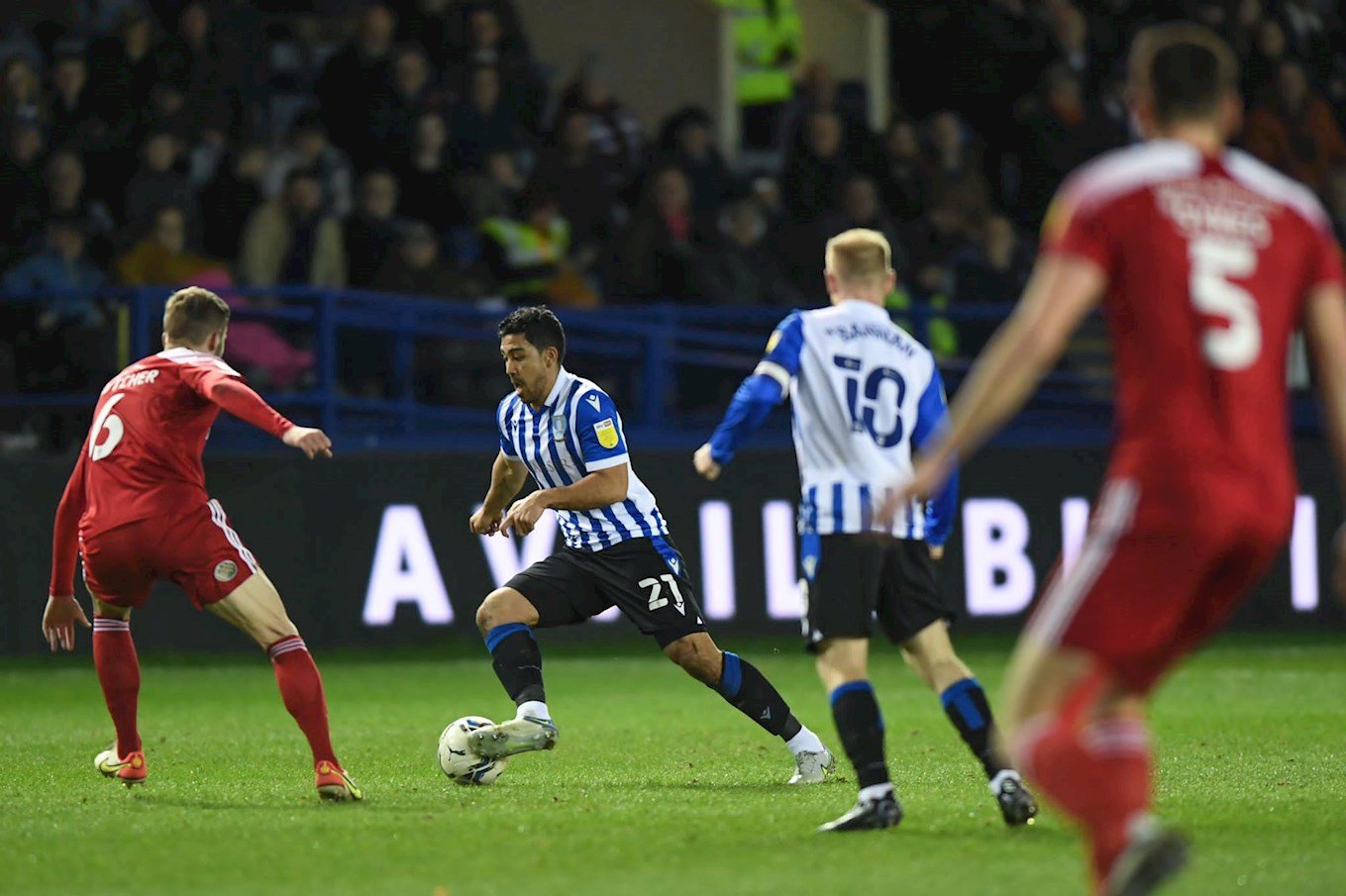 The second period certainly needed a spark and Lee Gregory was introduced on the hour with Wednesday seeking a way through the sea of red.

The flow of play was stop/start, albeit with the Owls wresting back full control, and they were finally rewarded, making the breakthrough on 67 minutes.

Harvey Rodgers did well on the line to deny substitute Jack Hunt a maiden Wednesday goal but the defender could only watch powerlessly as the rebound fell to Paterson, who slammed home in front of the Kop. 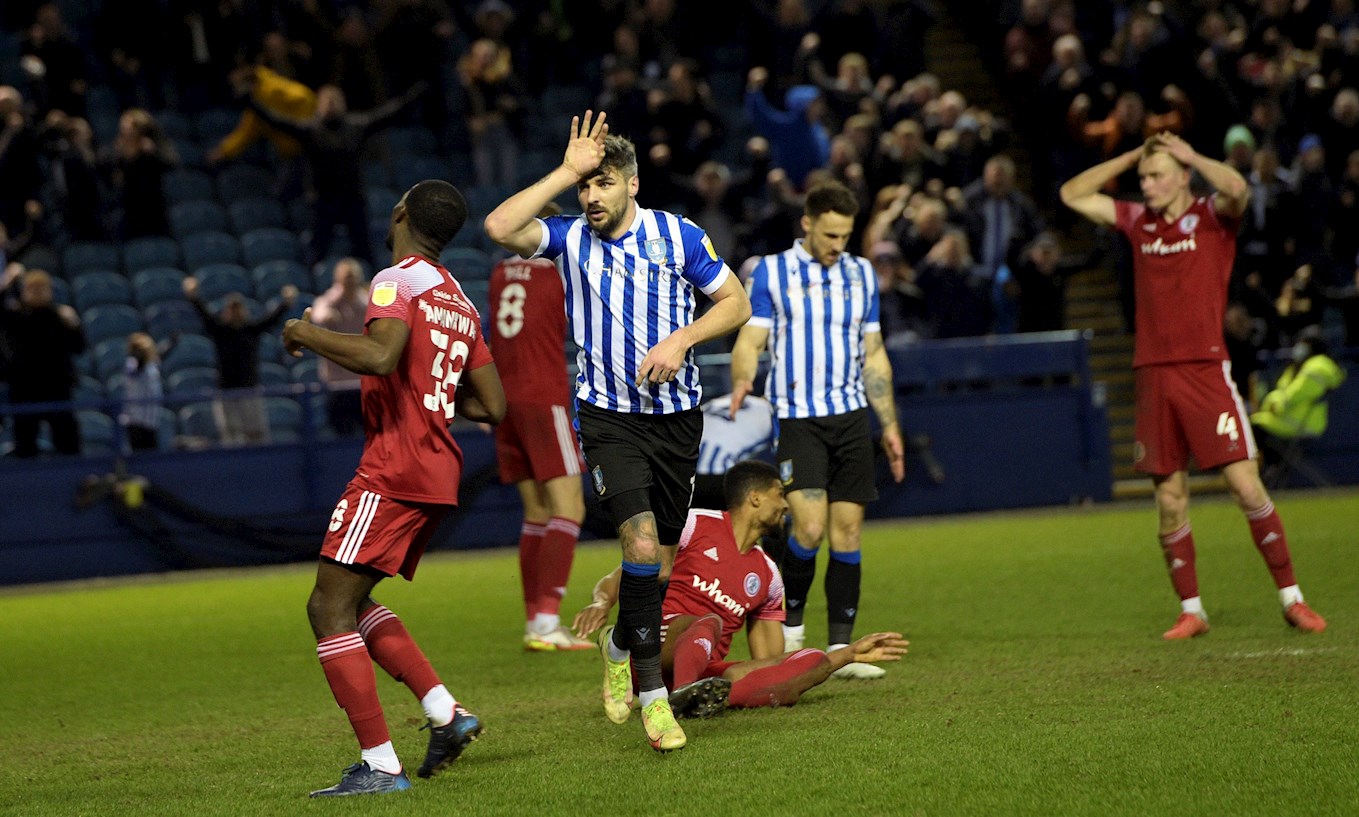 A tense atmosphere lifted and the Owls briefly responded – Hunt motored in on goal once more straight after the restart but his shot from 18 yards was always rising.

But just as they did in the first half, Accrington forged a route back and this time made their renaissance count with seven minutes to go.

A hanging corner from Harry Pell dropped nicely for Ross Sykes, who headed into the far corner with the aid of a Johnson deflection to leave Wednesday frustrated but a point to the good in the quest for the top six.

Tickets are now on general sale and are available to purchase at the Ticket Office, by telephone on 03700 201867 (Option 1, £2 booking fee per ticket) or online HERE. 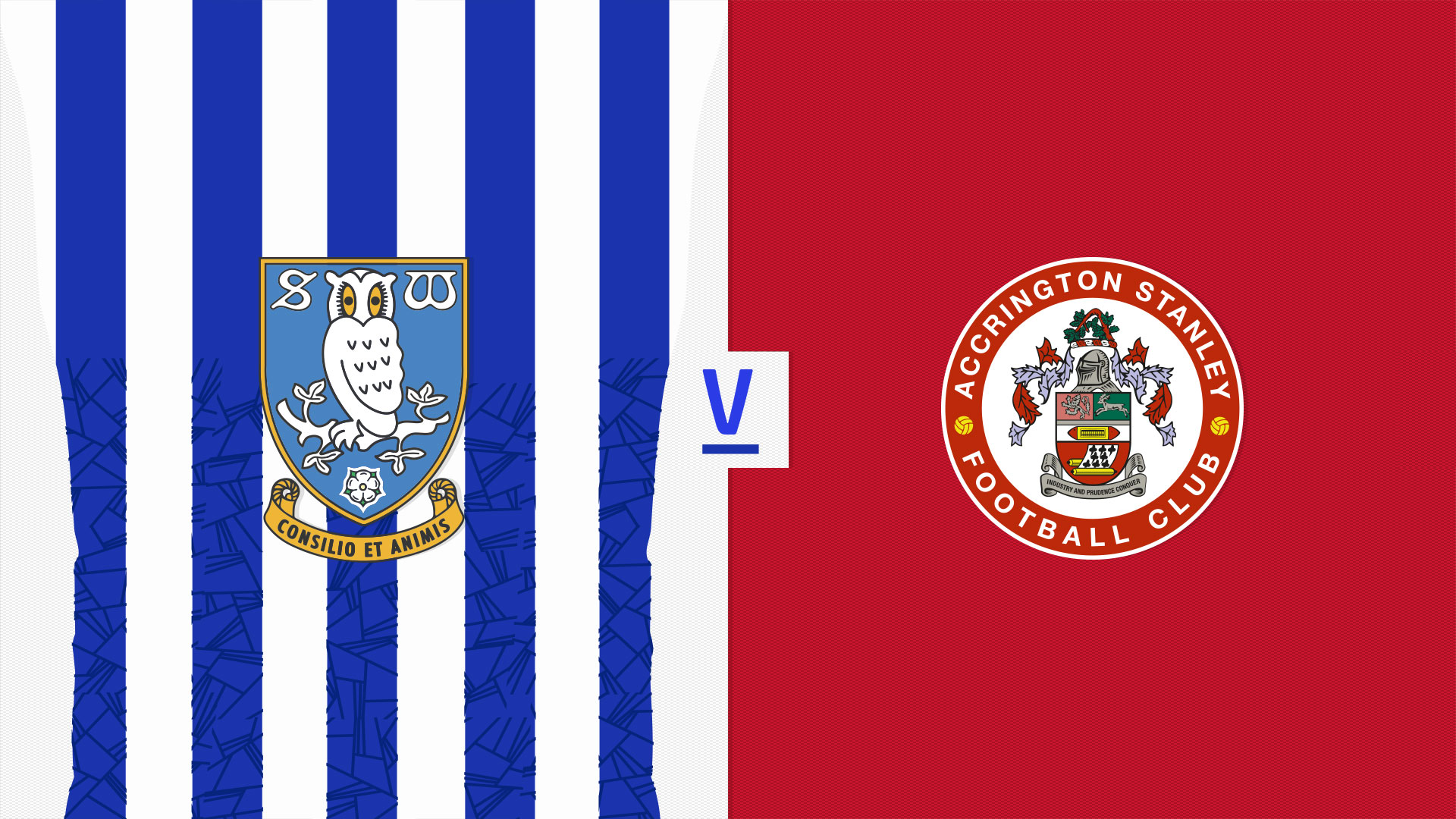 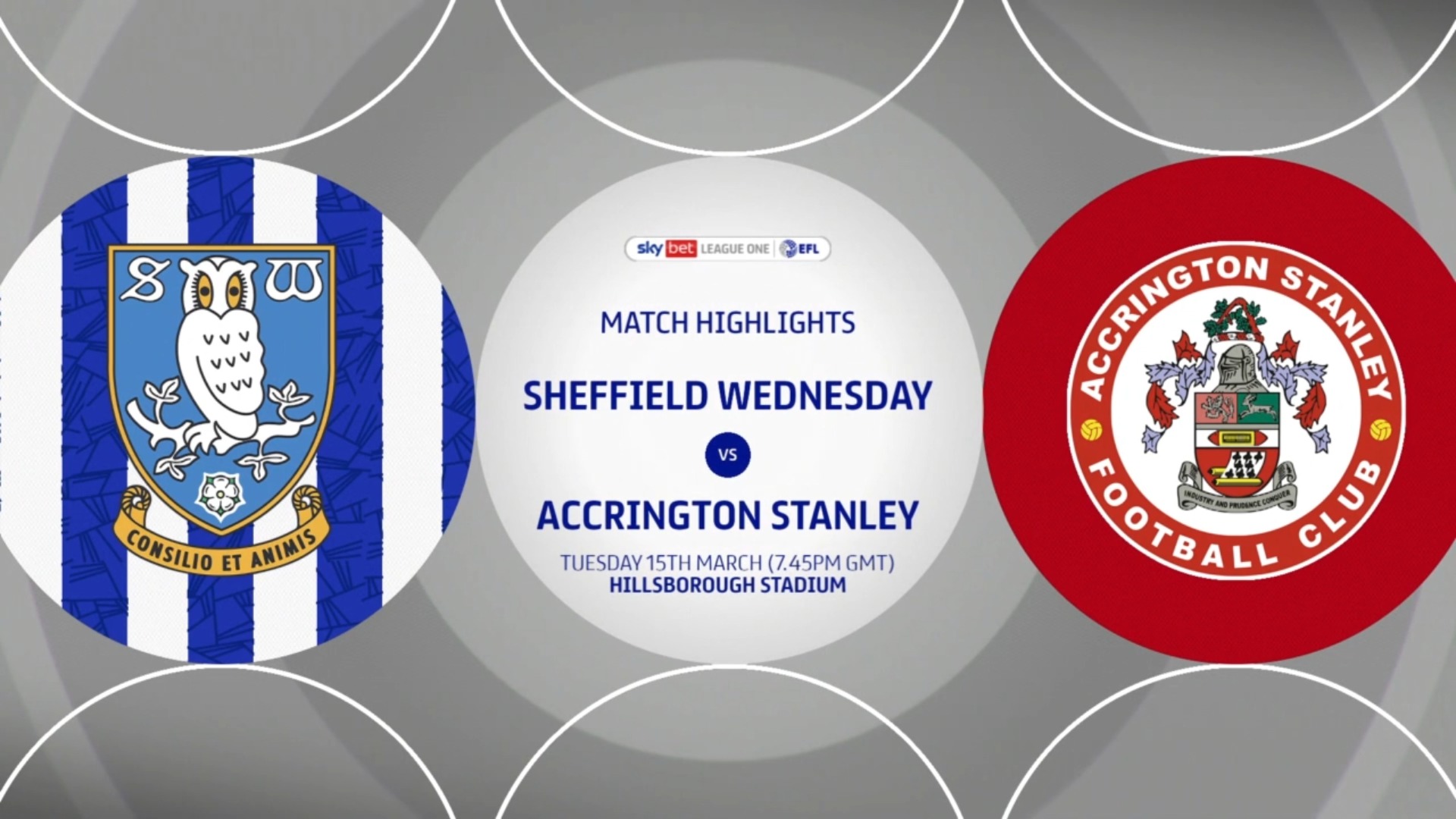 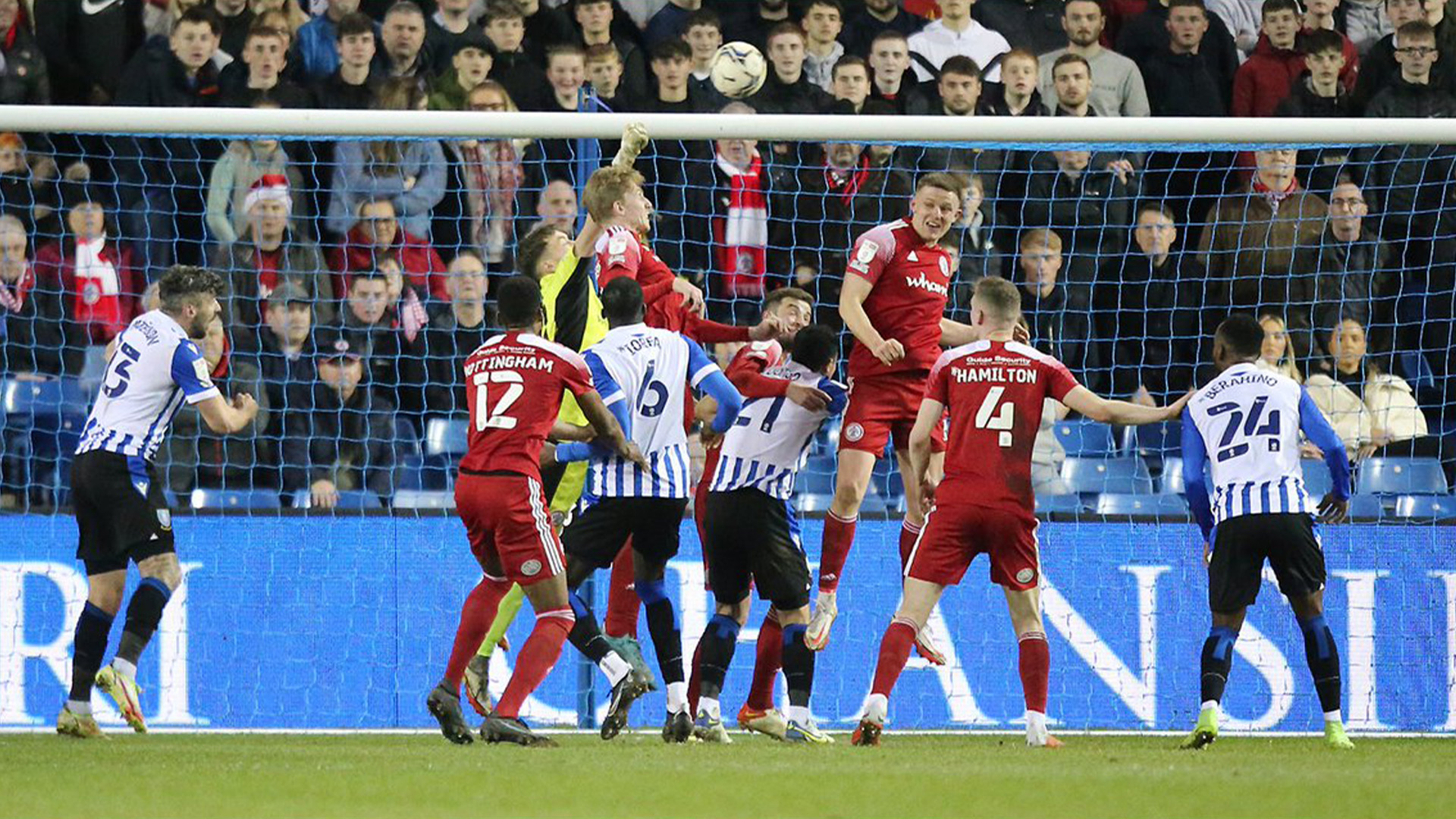