A late Fisayo Dele-Bashiru strike ensured the Owls left the Abbey Stadium with a point back in October and on Saturday, Wednesday and Cambridge meet again, this time at Hillsborough. 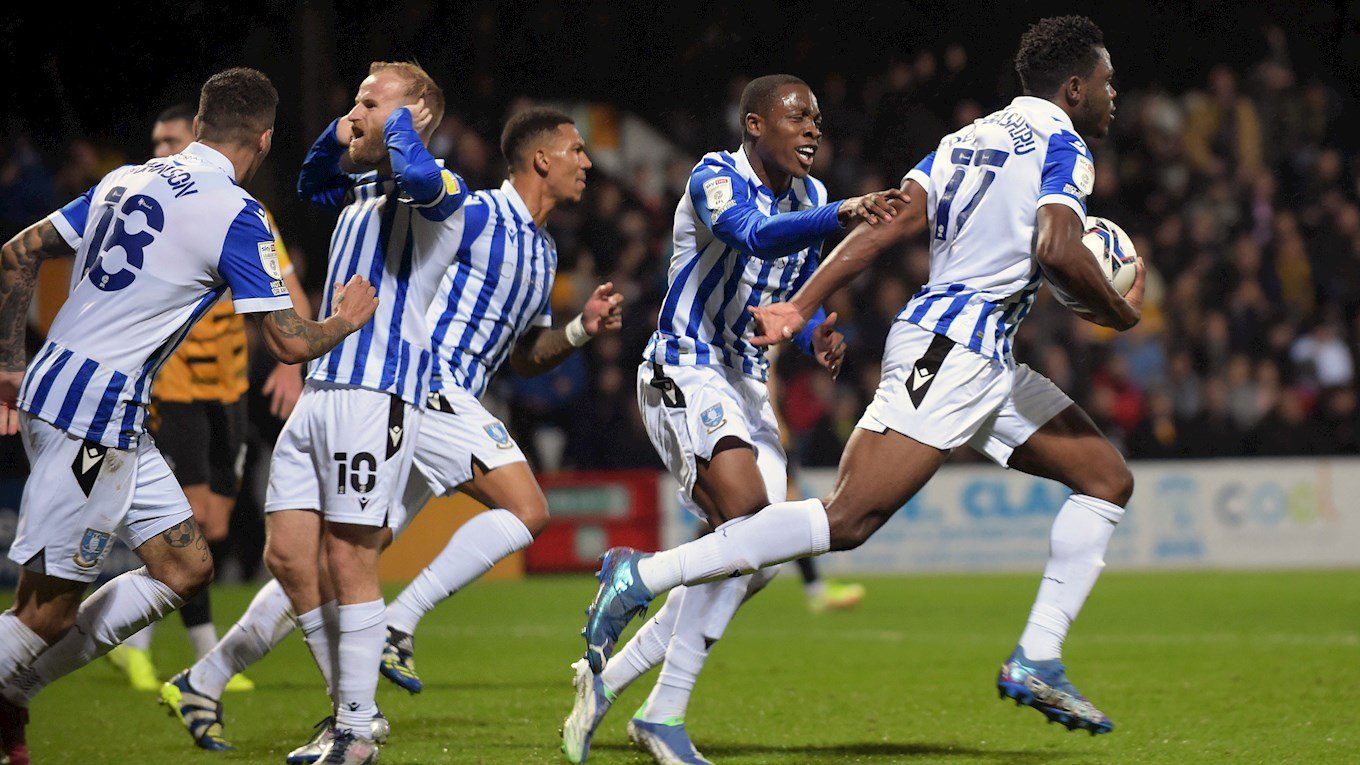 It will be the first occasion since September 1983 that the two sides have met in league competition in S6.

The Owls have been in superb form of late, underlined by the nominations of Darren Moore and Barry Bannan for the Sky Bet League One Manager and Player of the Month awards respectively.

Wednesday hit a bump in the road last time out at Lincoln and will be looking for a swift response against the U’s.

It’s tight at the top end of League One and the Owls are amongst a clutch of clubs vying for the play-offs, currently one point shy of sixth, with games in hand.

The U’s gained promotion from League Two last season after finishing as runners-up behind Cheltenham and have more than held their own at this level.

Form has been patchy of late with a complete mixed bag of results since the turn of the year, incorporating two wins from the last nine League One outings and a current winless run of three.

Wednesday: Several key members of the squad have returned to training at Middlewood Road.

Harlee Dean, Mide Shodipo, Nathaniel Mendez-Laing and Josh Windass have been back with their team mates on the training ground. 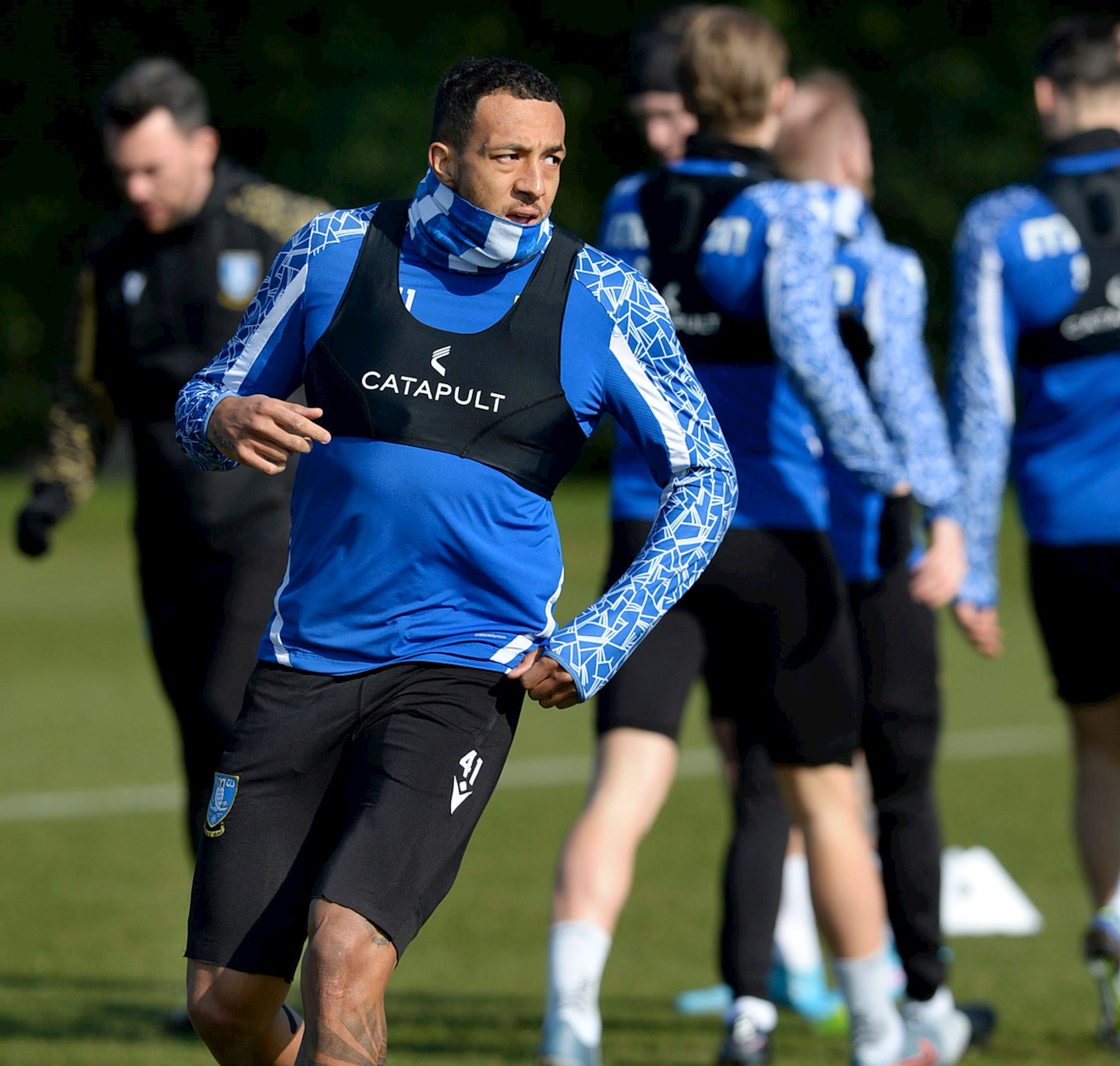 Moore says the group are in the final stages of their rehabilitation.

Chey Dunkley is progressing well and featured in a behind closed doors friendly in the week. The defender played 65 minutes and has since felt no reaction.

Cambridge: Our visitors welcomed back striker Joe Ironside to the starting line-up last weekend for the first time since January having recovered from injury.

Manager Mark Bonner said in his pre-match media: “For the first time in months we've probably got more than the matchday squad of 18 available, so it’s a nice situation to have.”

Pick up a copy of ‘Wednesday’ priced £3 and available in and around the ground and also the Owls Megastore. 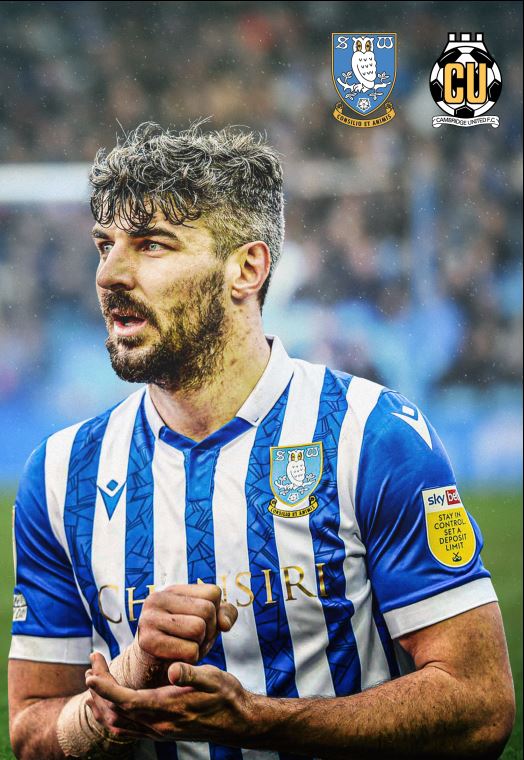 A scintillating, goal-laden display saw Wednesday crush Cambridge 6-0 to get their promotion charge back on track.

Darren Moore called for a positive reaction following defeat to Lincoln last time out and his troops delivered in some style.

Saido Berahino took centre stage with a hat-trick but honourable mentions could go to the whole team for a ruthless performance that cut Cambridge to the quick. 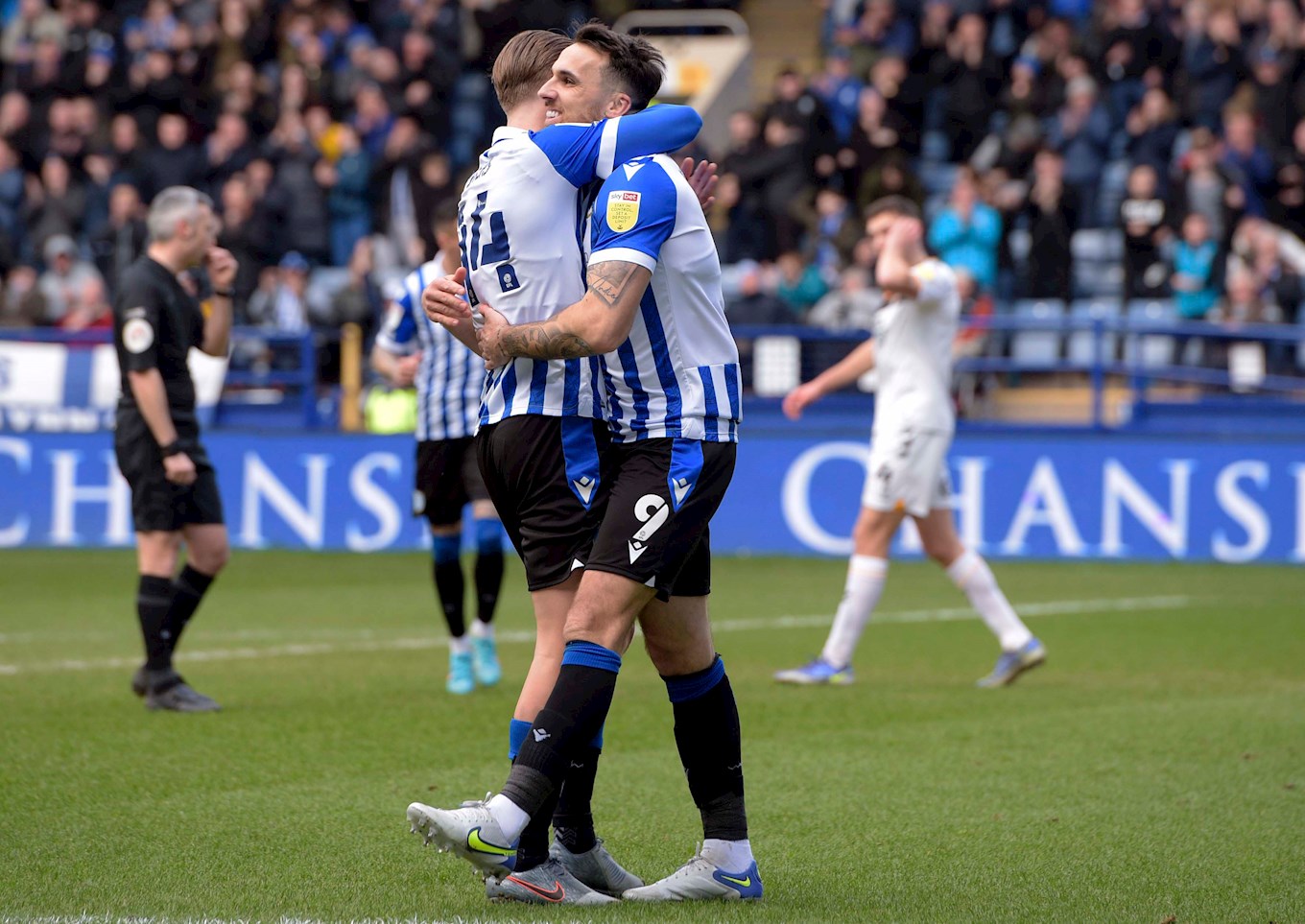 The contest was all but over by half time as Wednesday raced into a 4-0 lead courtesy of a Lloyd Jones own goal that opened the floodgates, two from Berahino and an outstanding Barry Bannan long-ranger.

The second period was effectively academic but the Owls were in the mood for more. George Byers obliged, Berahino completed his treble and that was where Wednesday ended a miserable afternoon for the overwhelmed U’s.

After bossing possession from the off, the Owls set the avalanche rolling on six minutes, albeit in fortuitous circumstances. 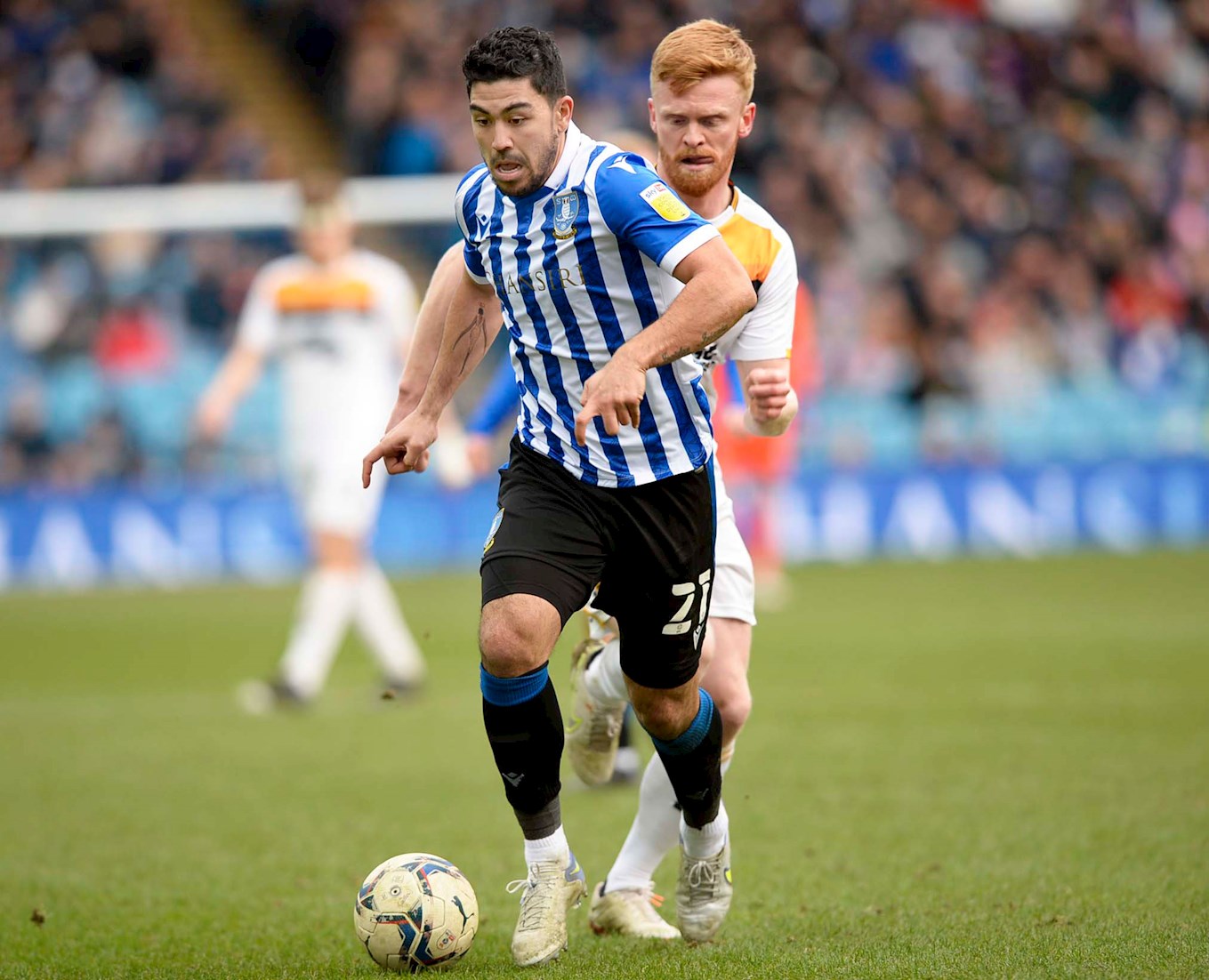 Lee Gregory, back in the side from injury, motored down the right flank and sent in a dangerous low cross that the unfortunate Jones stabbed into the back of his own net.

The second strike just three minutes later owed nothing to fortune, though.

The irrepressible Bannan found a pocket of space 30 yards out and unleashed a bullet of a shot that whistled into the top corner to double the advantage. 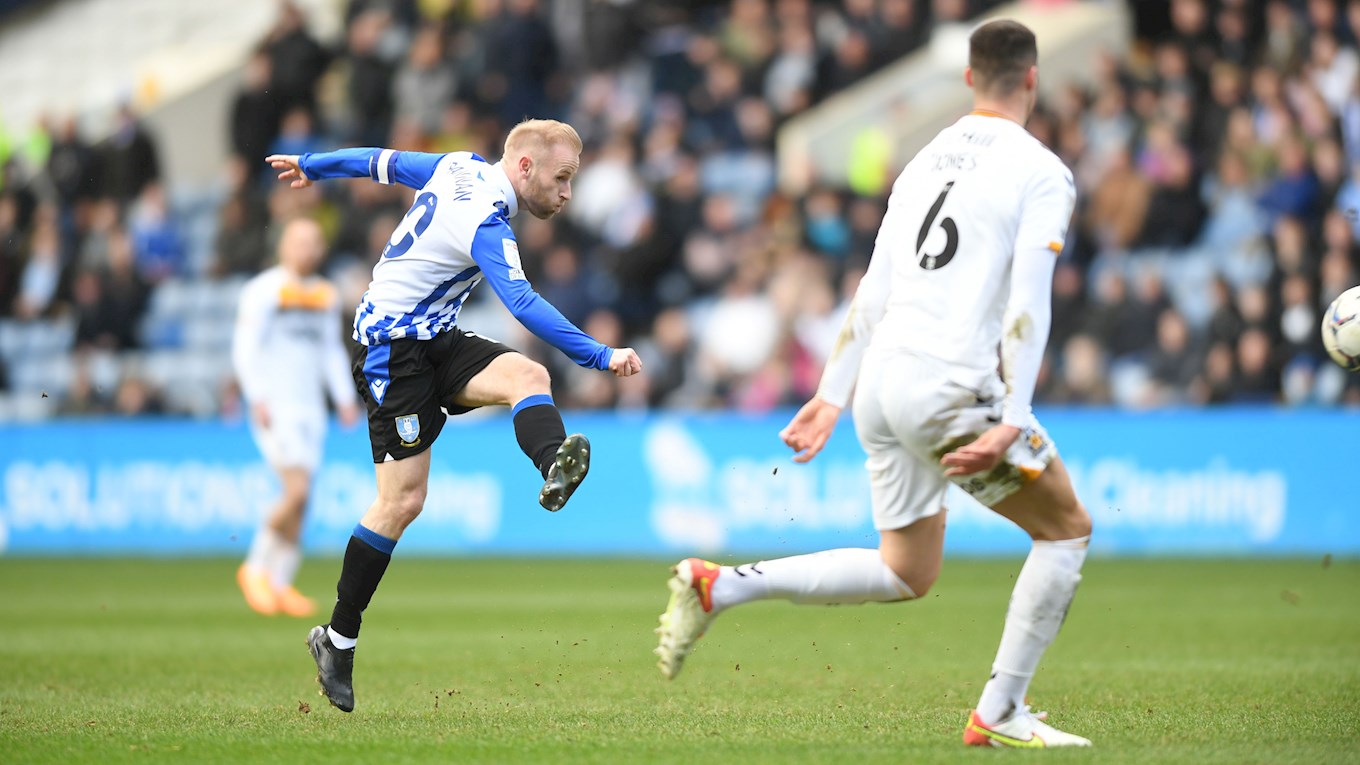 Bannan was the orchestrator, directing a wave of attacks – Byers fired over the top, Massimo Luongo wide and ditto Gregory.

Marvin Johnson forced Dimitar Mitov into a fine save as the one-way traffic continued and Berahino was denied by a lick of paint with a daisycutter that cannoned back off the post.

Mitov beat out another Berahino effort before it was third time lucky for the Burundi international on 37 minutes. 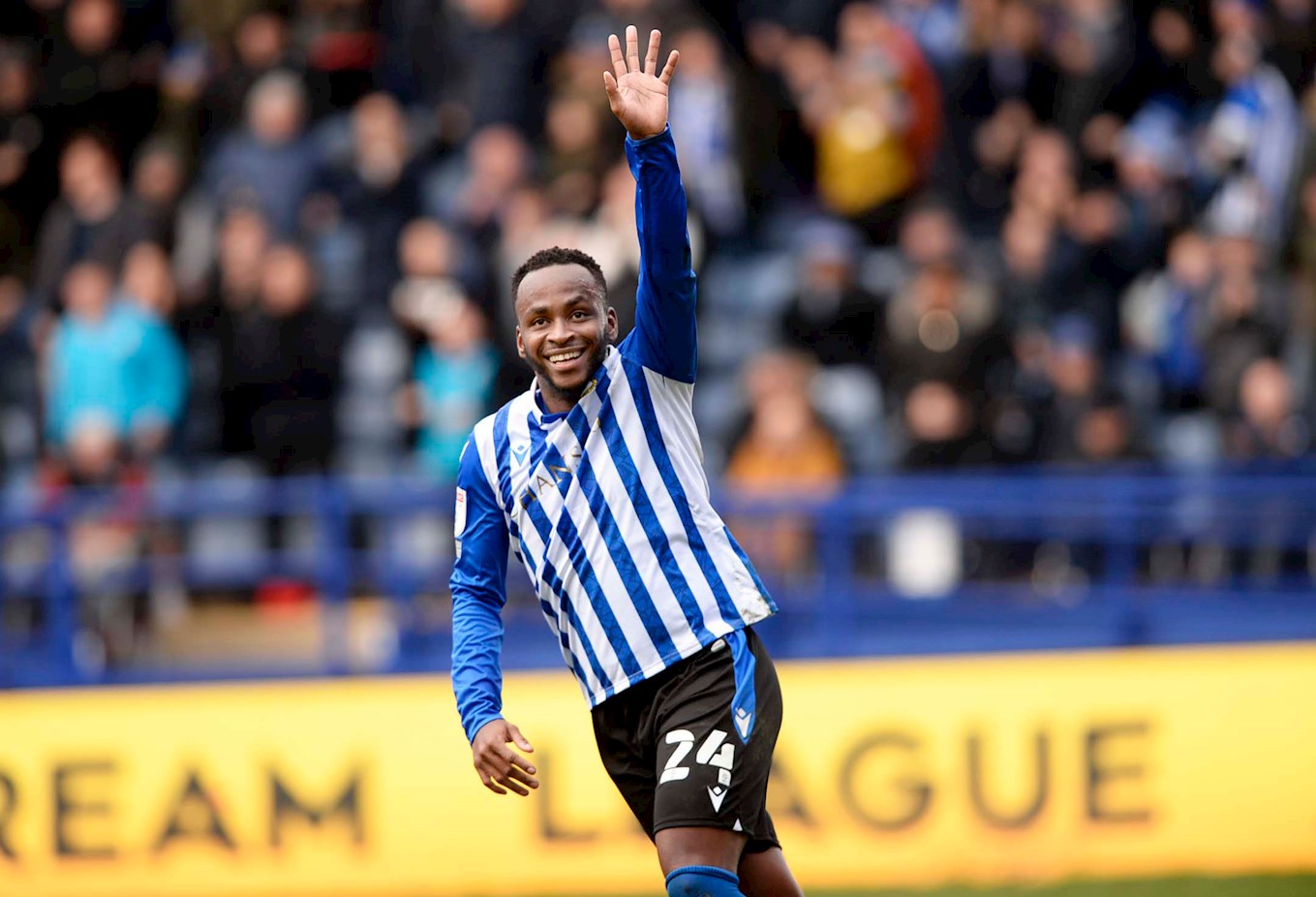 Berahino skillfully turned his marker in the area and although Mitov got a hand to the shot, the ball had too much pace and span into the far corner.

The pressure was relentless and the beleaguered U’s conceded again five minutes before the break. Mitov once more reacted well, this time to keep out Lewis Gibson, but could do little to stop the loitering Berahino, who slammed high into the roof of the net.

It was about as complete a first half performance you could see and there was no let-up for the visitors after the restart - only three minutes more had passed before it was 5-0. 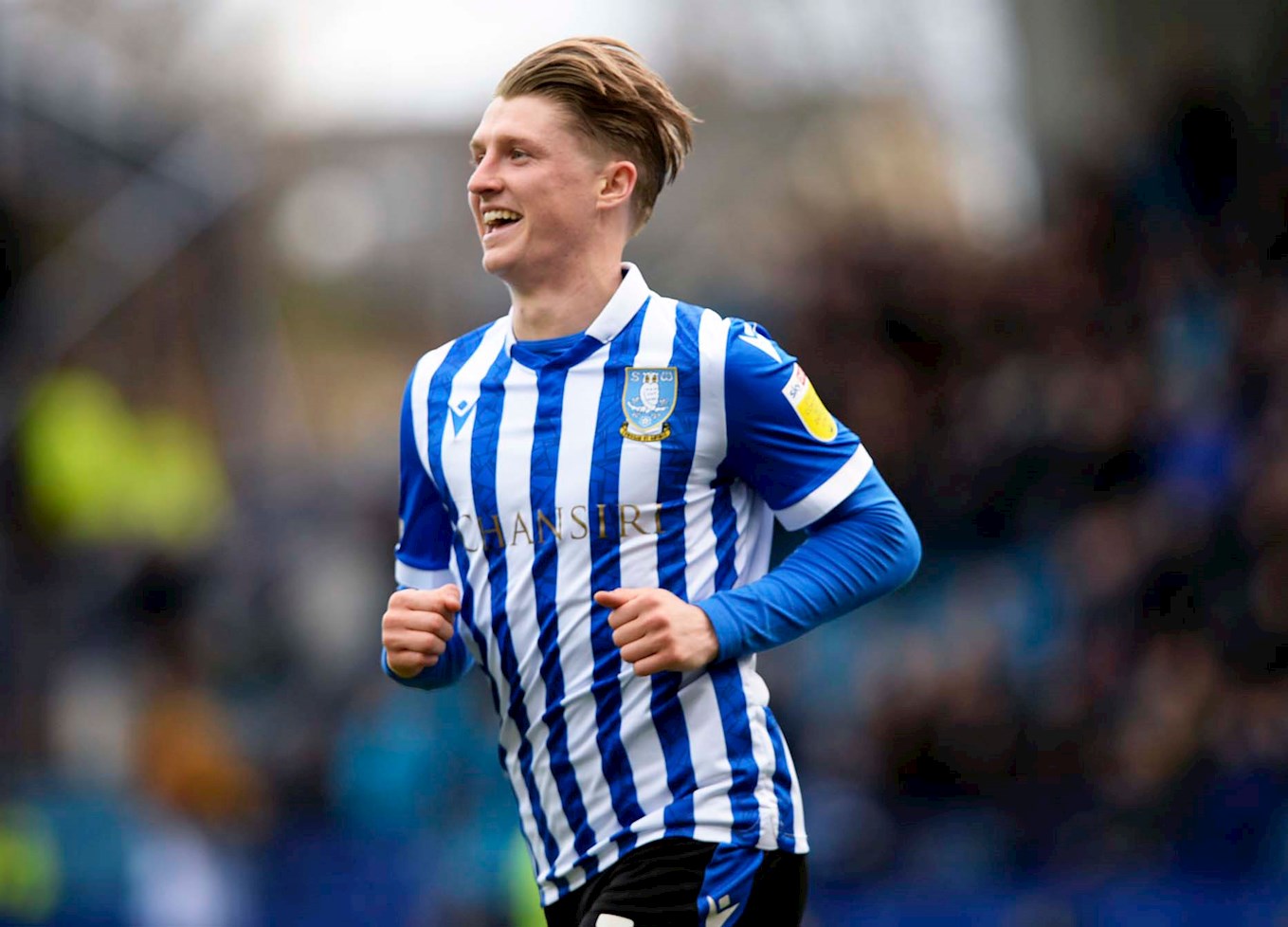 Berahino turned provider this time, looking up from the edge of the box to slot in for the advancing Byers to smash past Mitov.

Luongo skied a good chance but there was to be no stopping the Owls and Berahino in particular.

The tricky striker, already in a rich vein of form, secured his hat-trick on 54 minutes, outmuscling Jones before firing home via Mitov's near post to make it 6-0. 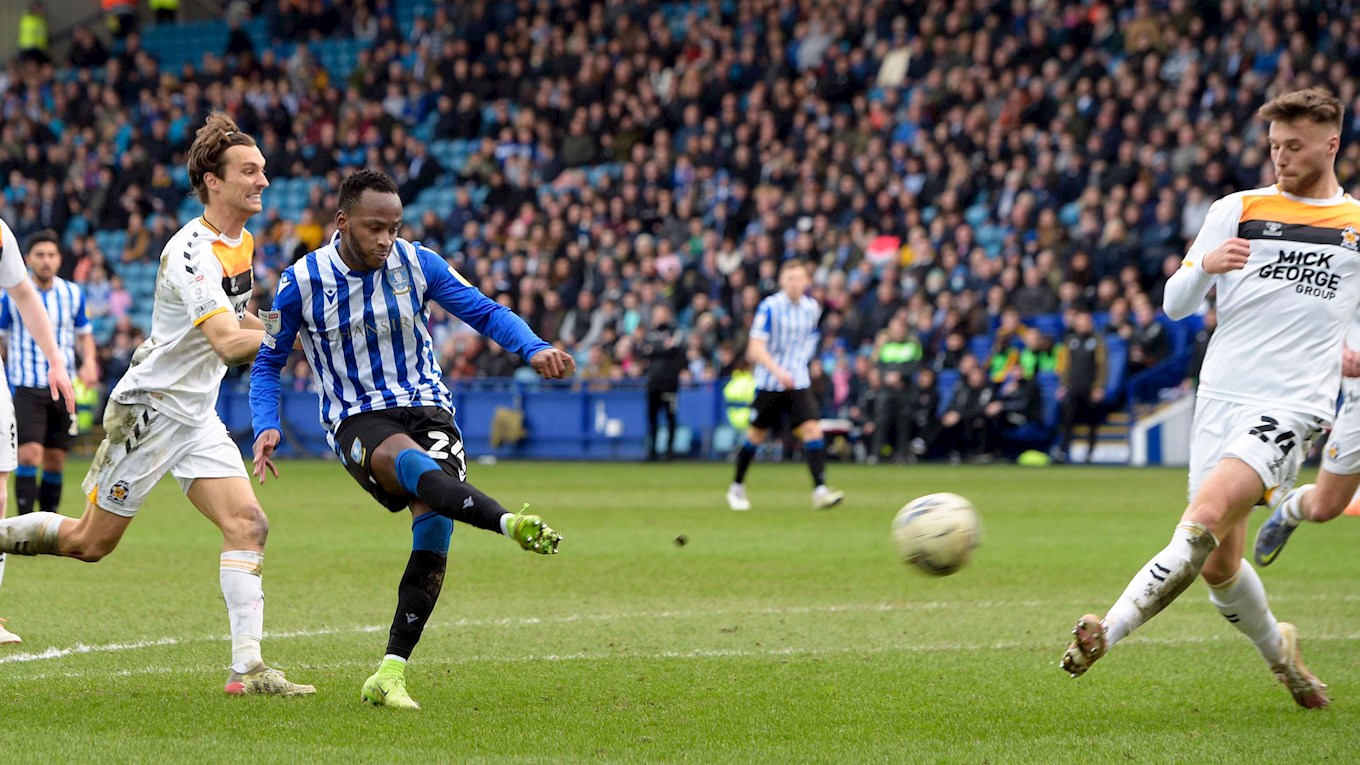 Johnson twice got to the byline and dragged wide, substitute Florian Kamberi went close and Bailey Peacock-Farrell made an impact too at the other end, diving to palm Harvey Knibbs’ shot round the post.

And that was the U’s only real threat throughout a torrid encounter that left the visitors stunned and Wednesday back to within touching distance of the play-offs.

The Owls’ Category B fixture with Cheltenham is our designated Members Day.

Non-members prices start from £24 on the Kop.

Tickets are now on sale to Season Ticket Holders and Owls Members. 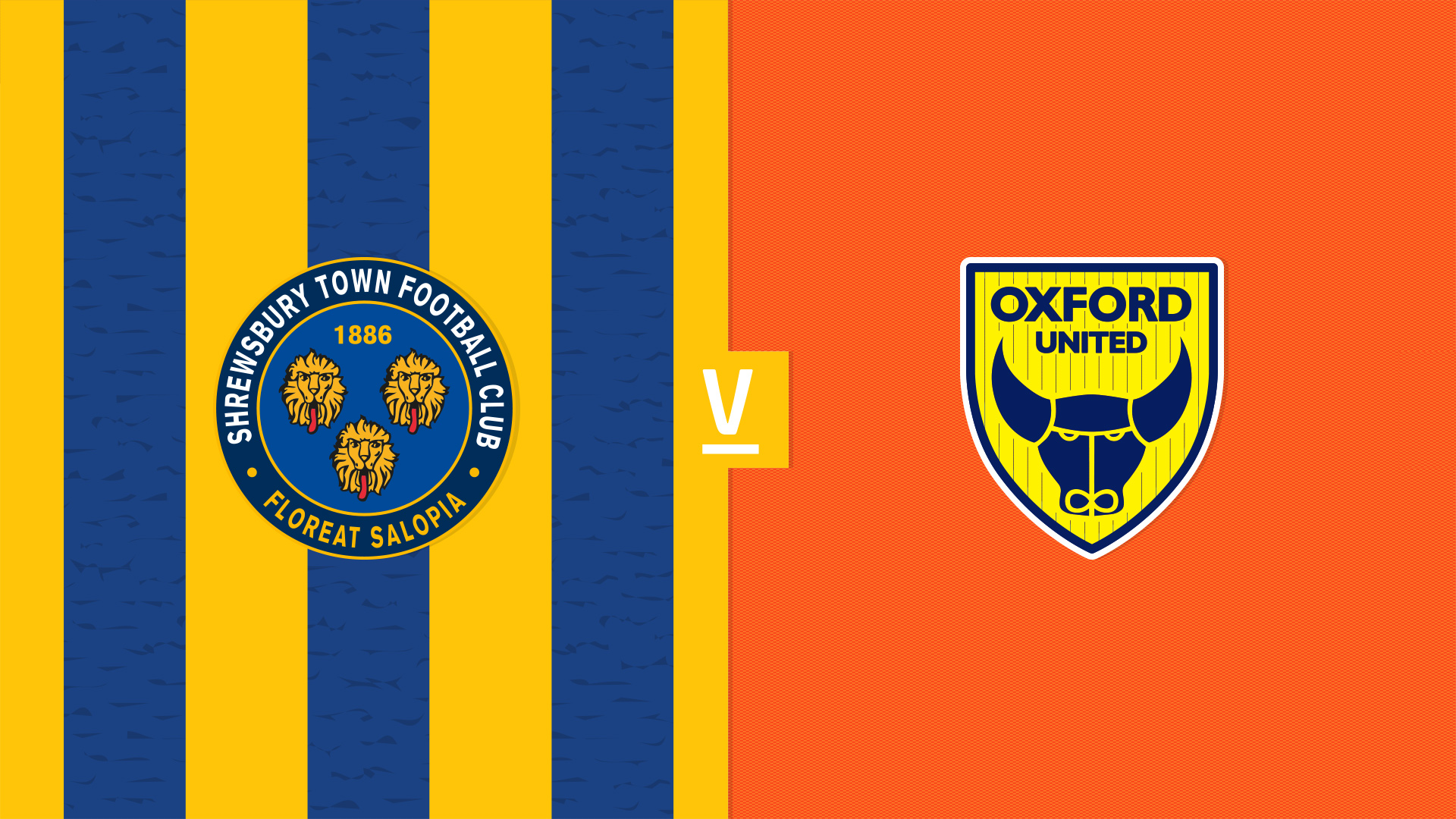 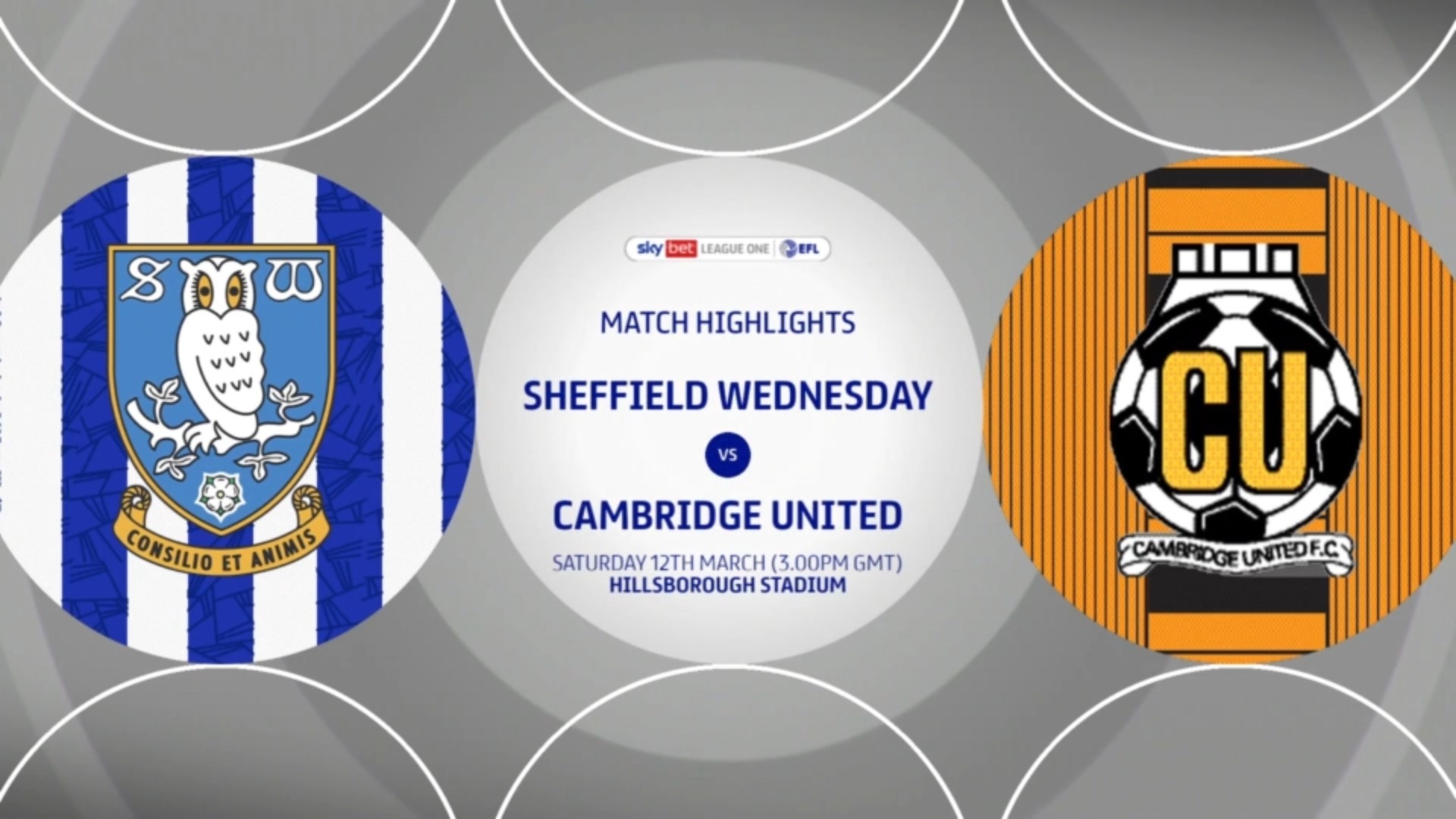 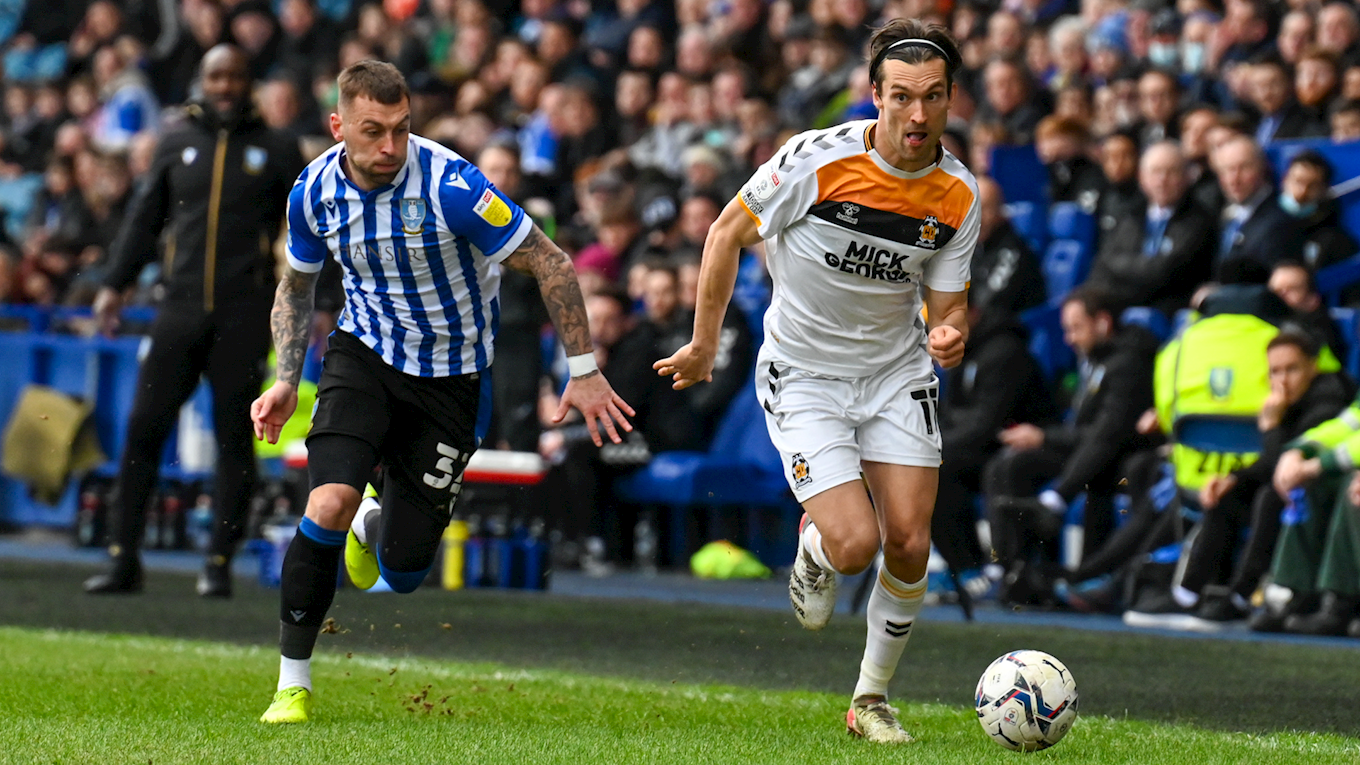