The Owls Under-18s resume their campaign on Saturday morning with the Sheffield derby at Middlewood Road.

Andy Holdsworth’s youngsters climbed five points clear at the top of the table with a 3-0 win over Birmingham before the international break.

With 30 points from 13 games, Wednesday will be out to further cement their position at the U18 Professional Development League summit.

The Owls head into the derby on the back of three consecutive wins but face a Sheffield United side also in form, with four straight wins and currently fifth in the table.

Eight points currently separate the sides, though the Blades have two games in hand.

Kick-off is at 10.45am and supporters are welcome to attend the fixture. 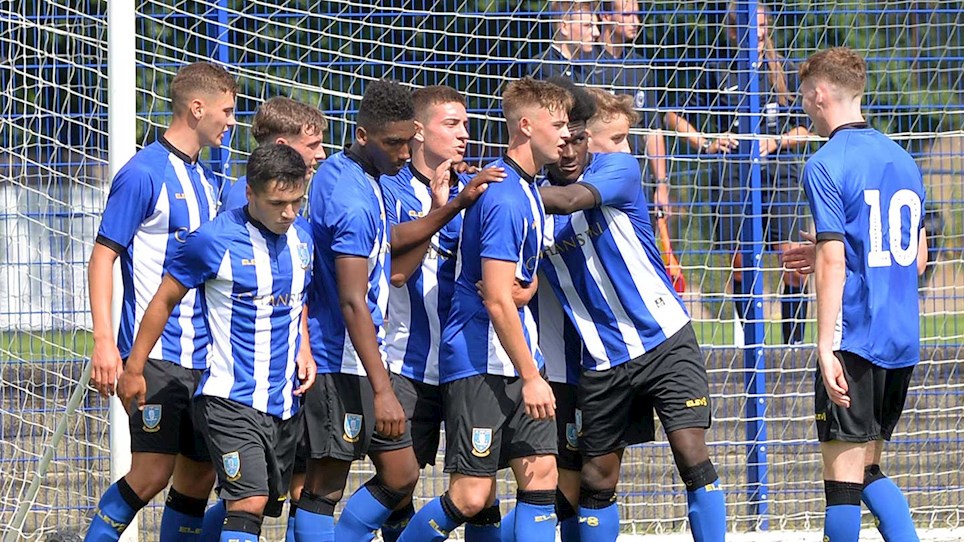 In a dramatic and entertaining U18 Professional Development League contest, Sheffield United took the lead 15 minutes from time through Jean Belehouan.

But as time ticked down on the derby, the Owls rallied, and their efforts were rewarded in stoppage time when Shaw bundled home the ball from close range.

The end to end encounter saw Wednesday start on the front foot with both Shaw and Jordan O’Brien testing Blades keeper Marcus Dewhurst.

Conor Grant was a danger for the Owls, enjoying plenty of the ball, and was unfortunate not to break the deadlock when he struck the post twice midway through the first period. 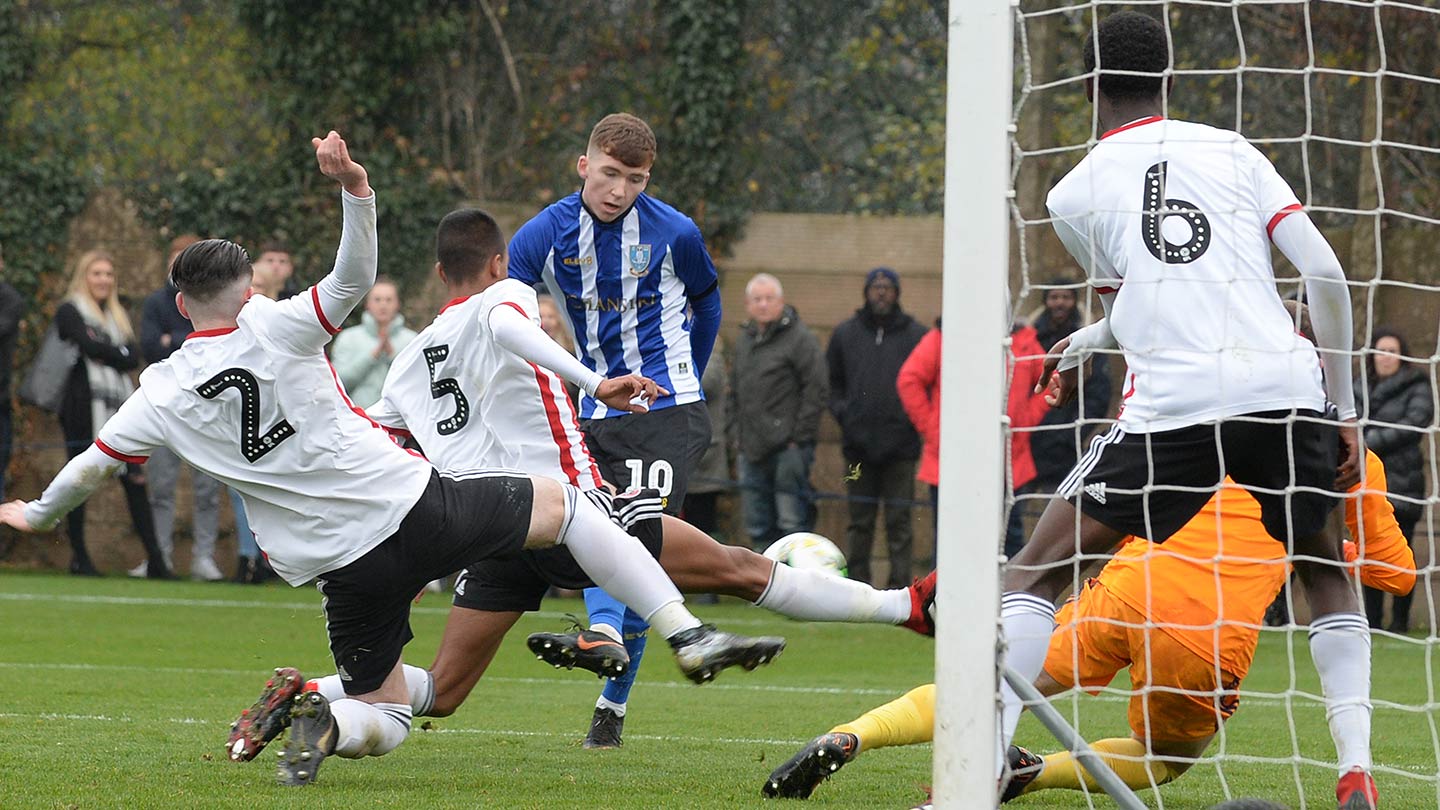 The intensity levels of both sides maintained after the break, making for an excellent spectacle for the supporters pitchside at Middlewood Road.

It was the Blades who were first to show after the restart with Zak Brunt forcing an impressive save from Josh Render.

O’Brien then came within inches of scoring the opener when his deflected effort fell agonisingly wide of the far post before the Blades took the lead on 75 minutes.

The ball into the box fell kindly to Brunt at the back post and after Render made the initial save, Belehouan was on hand to finish on the rebound just yards from the line. 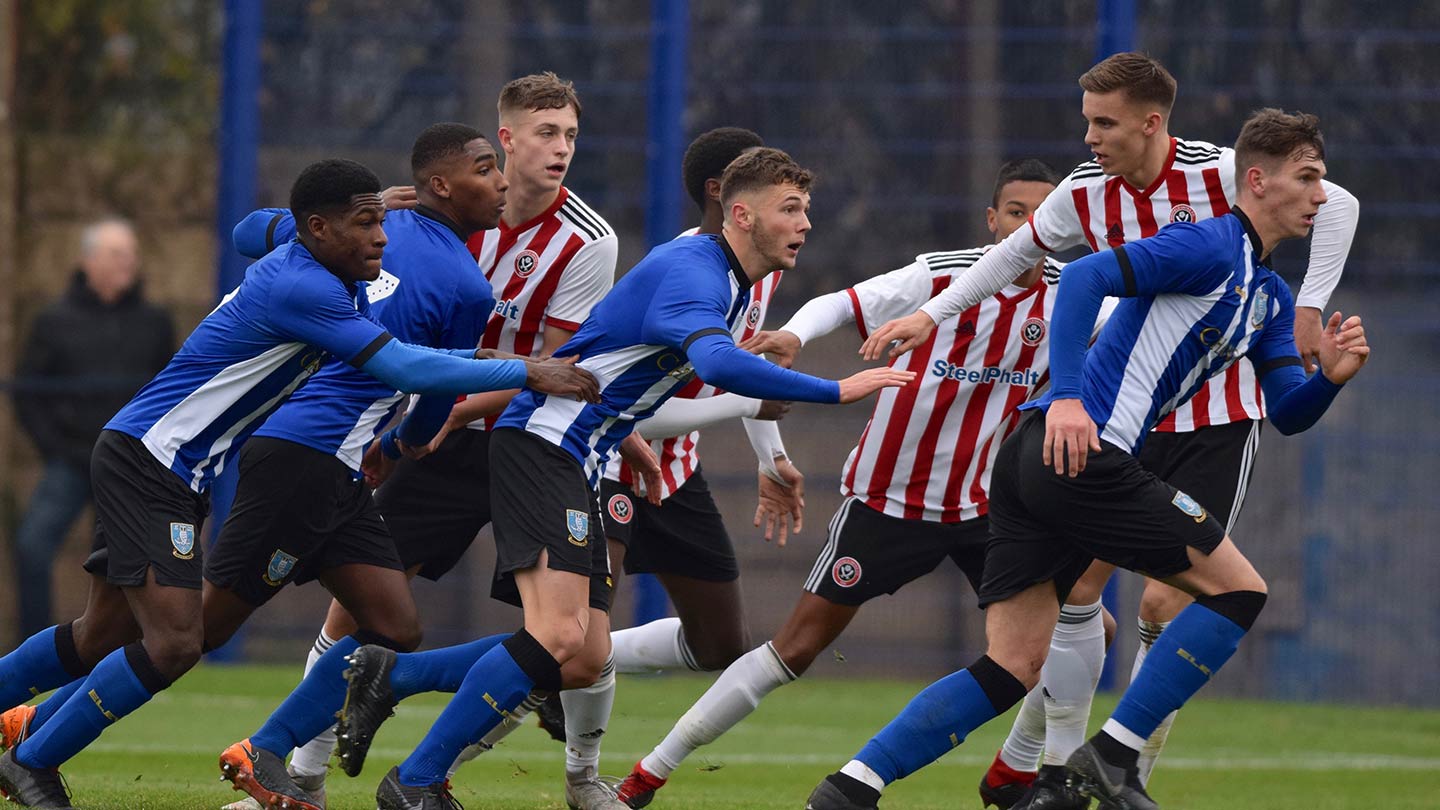 Wednesday, though, fought right to the last and sealed a share of the derby spoils in stoppage time.

O’Brien’s low shot was too hot to handle for Dewhurst and Shaw made his presence count in the middle by diverting an attempted clearance into the net.

Still, there was time for one final chance for the hosts as Grant drilled just wide with the last kick of the game, as the in-form Sheffield rivals settled for a point apiece.