A late goal from Eyad Hammoud saw the Owls Under-18s extend their lead at the top of the table with a 1-0 win over rivals Nottingham Forest.

The visitors began on the front foot seeing plenty of the ball, albeit without creating anything clear cut to trouble Owls goalkeeper Josh Render.

Without doubt it was Wednesday’s biggest test of the campaign so far and the hosts grew into the game as the first half unfolded.

Jordan O’Brien went close for the Owls just past the half hour mark when latching on to Hammoud’s feed, only to be denied by the goalkeeper when through on goal. 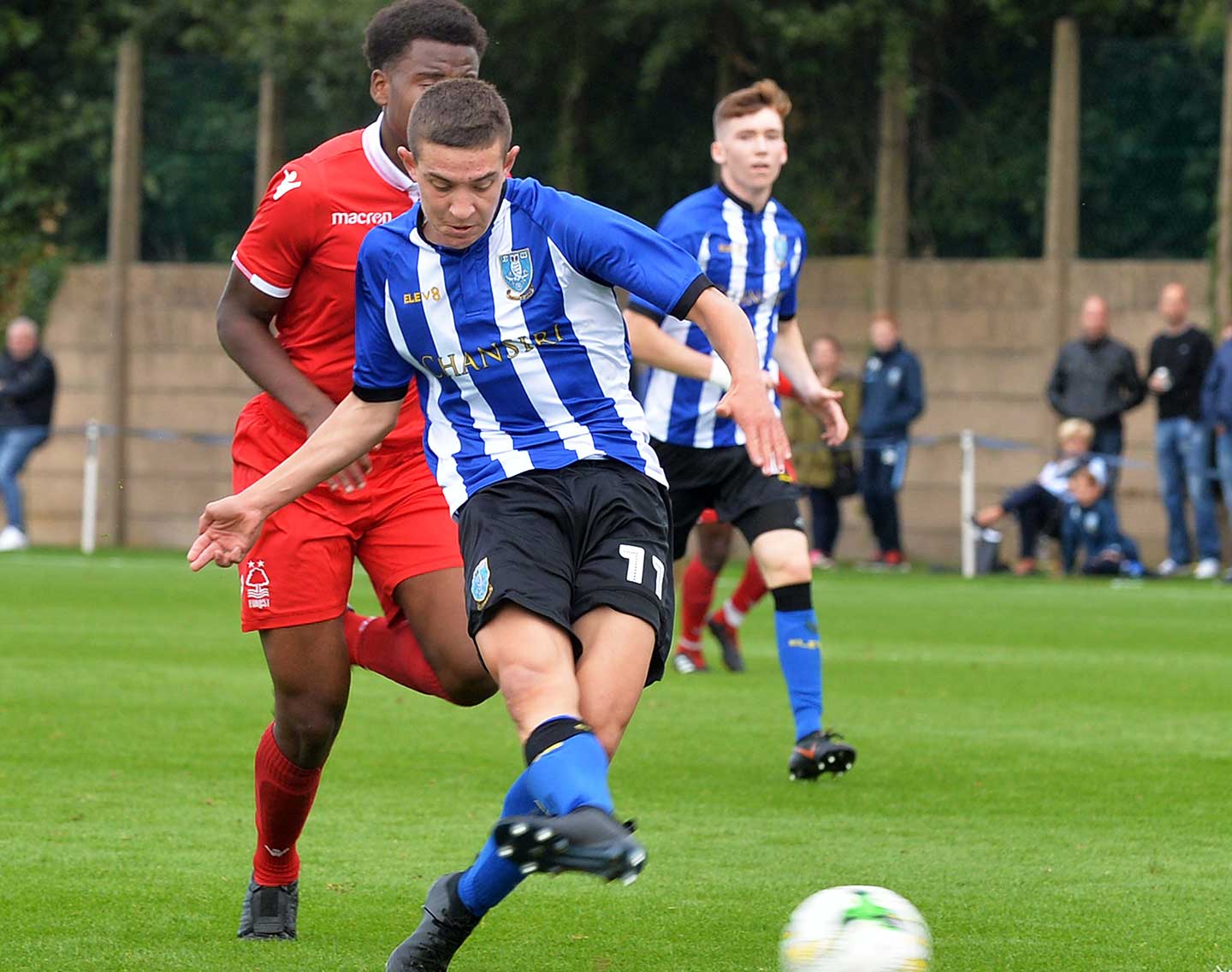 After the break, the Owls went through the gears in search of the breakthrough, while limiting Forest to very little in front of goal at the other end.

And the key moment for Andy Holdsworth’s side arrived seven minutes from time.

O’Brien attacked down the left and picked out Hammoud, who controlled, took a touch and fired into the bottom corner from the edge of the box.

It was no less than what the Owls youngsters deserved for yet another impressive display and despite Forest’s late pressure, Wednesday saw out the final few moments with little cause for concern.

Five wins, one draw, 16 goals scored and just one conceded from the opening six games, as Wednesday extend the lead to four points at the top of the table.