The Owls Under-18s were defeated 3-1 by Sheffield United at Middlewood Road on Tuesday afternoon.

Leojo Davidson got Wednesday off to a dream start with a goal inside five minutes, but the Blades hit back with three first half goals to earn the points in S6.

Sydie Peck and Josh Smith turned the game around with quickfire goals inside the first 15 minutes.

Davidson then had a golden chance to level from the penalty spot but was denied by a fantastic Callum Hiddleston save.

Seven minutes before the interval, Theo Williams extended the Blades’ advantage with a neat finish to give Wednesday a mountain to climb in the second half, and to no avail.

In blustery conditions, the hosts made a bright start as Rio Shipton saw his near post header flash just wide two minutes into the derby.

The Owls’ early pressure was made to count in the fourth minute when Davidson was alert to a stray ball across the 18-yard box and stepped in to win possession and calmly finish past Hiddleston. 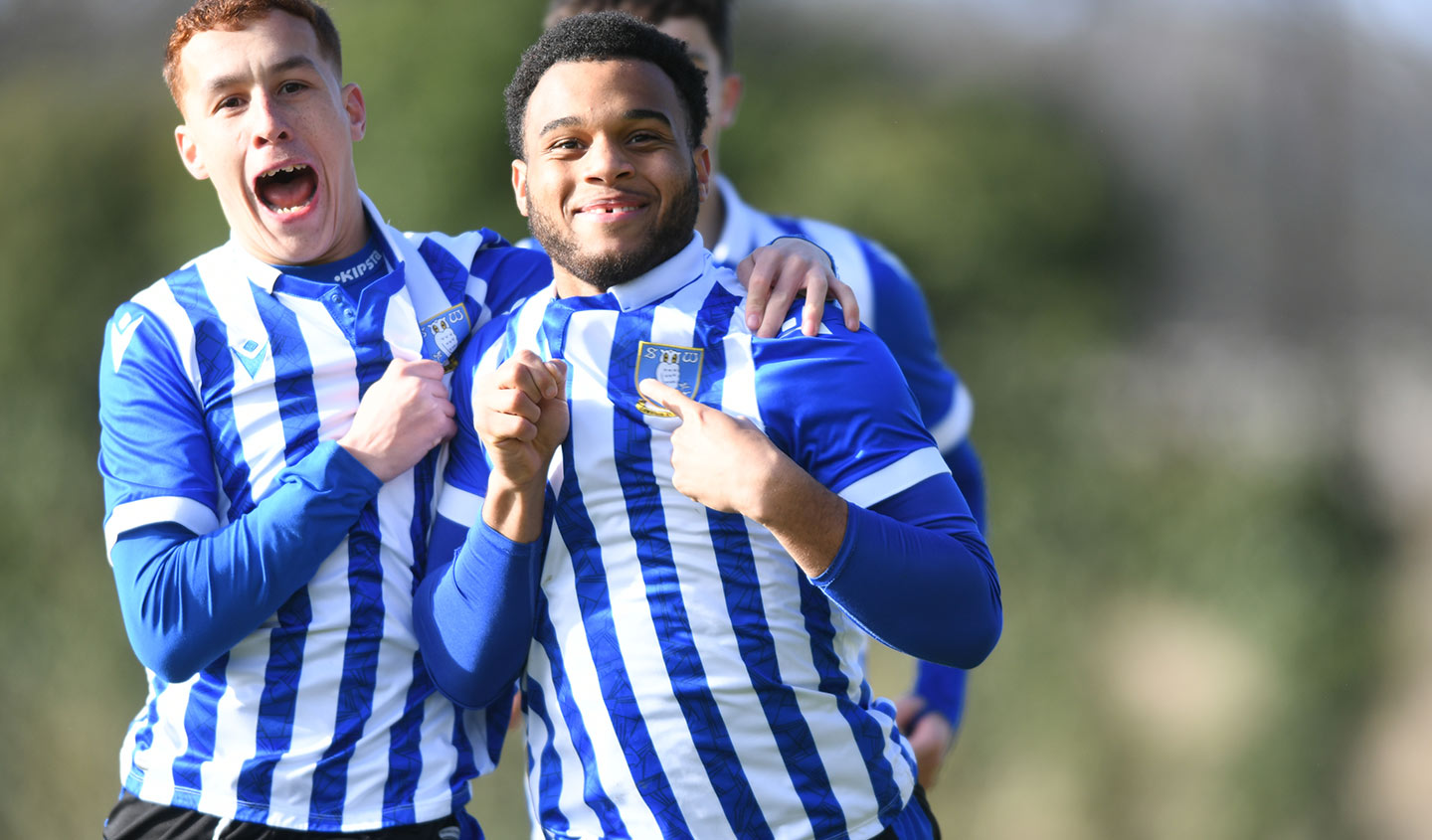 In what was a hectic opening, the Blades edged in front through Smith, who slotted home after good work out wide from Williams.

The early throes certainly did not lack talking points and as the game continued at a lively pace, Shipston went down in the box under a late challenge from United skipper Oliver Arblaster and the referee pointed to the spot.

Davidson took the responsibility from 12 yards but Hiddleston got down well to his left to divert the ball past the post with a strong hand.

Wednesday were almost made to pay straight down the other end as Louie Marsh saw his effort from a corner cleared off the line by Josh Chapman after Hall had saved the initial attempt. 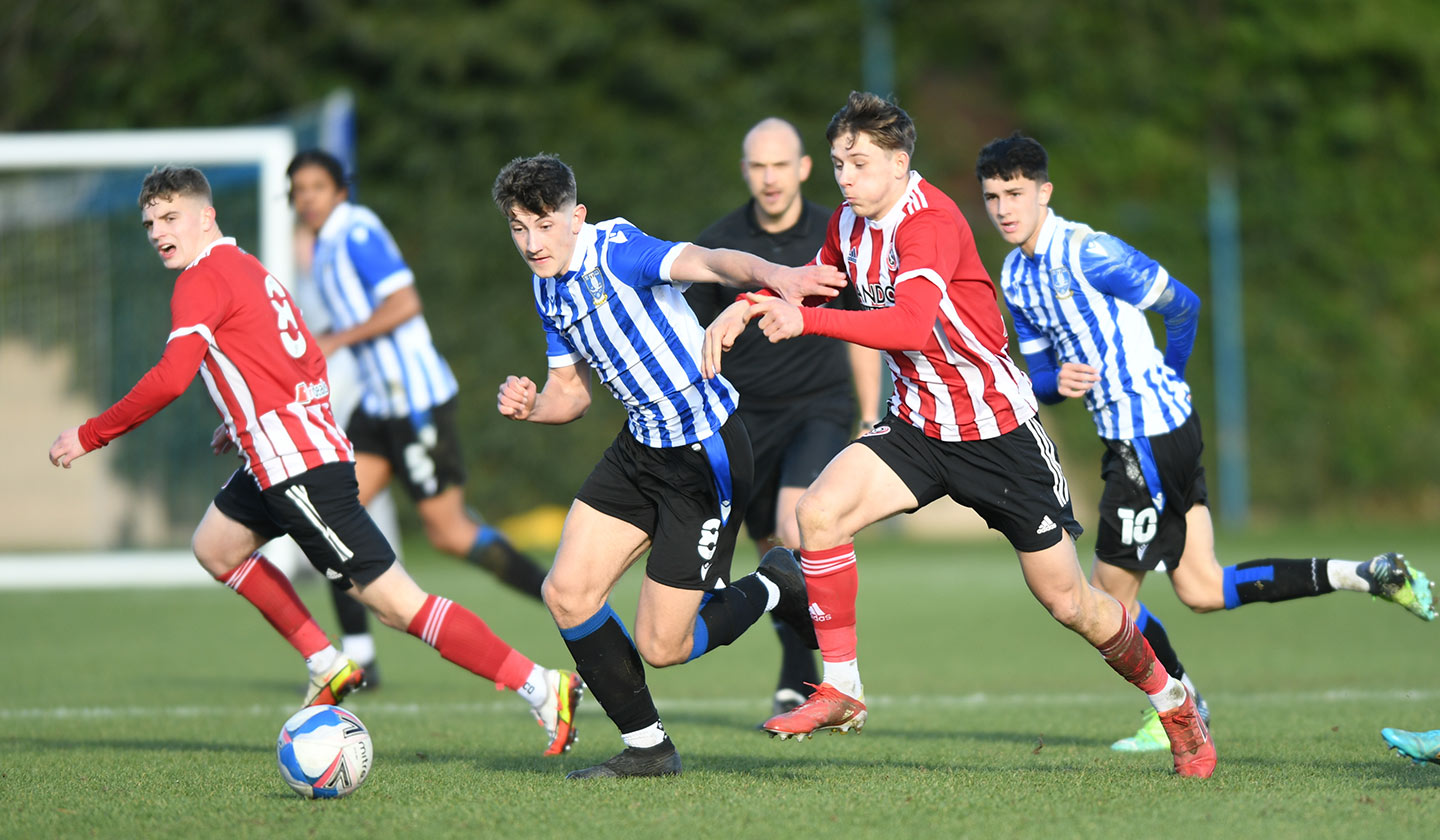 But United did find a way through for their third of the afternoon.

Williams rounded off a well-worked team move to put the Blades in the driving seat on 38 minutes but the Owls almost responded in the very next attack, as Bailey Cadamarteri’s first time strike from Joey Phuthi’s centre flew just over the bar.

In comparison to the first, the second period saw fewer chances for both sides, though the Owls did show early promise as Davidson’s free kick just evaded Josh Ashman in the middle.

As the Owls probed for a way back it was United who carved the clearer chances as Will Lankshear went through on goal from Marsh’s feed but Hall stood his ground and made an important save to keep Wednesday in the game. 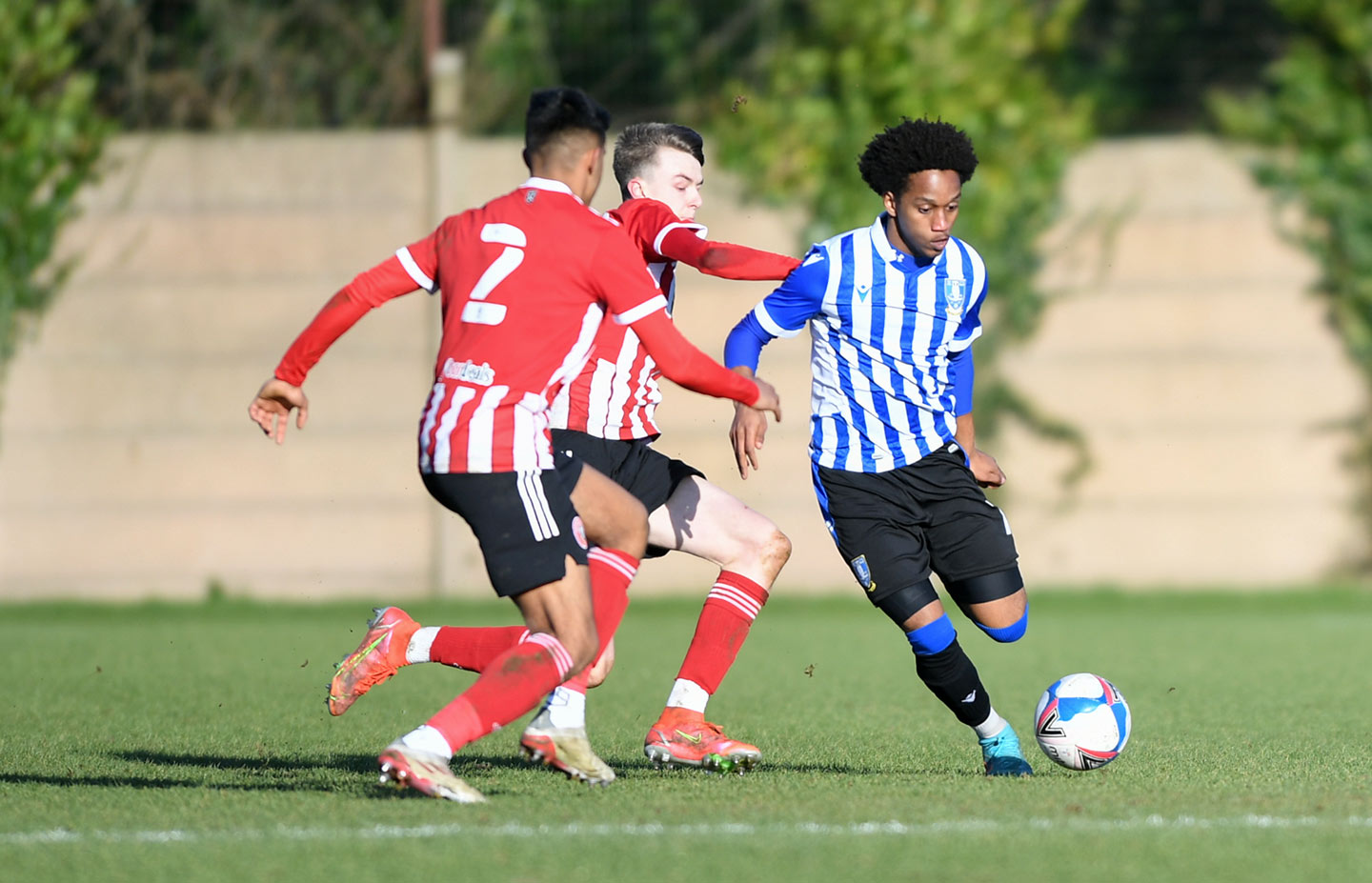 Hall again made an impressive stop to deny Peck’s stinging strike  after good footwork in the box from the United youngster.

The Owls had one final chance in the 89th minute to set up a grandstand finish as the Blades goalkeeper was penalised inside the box for persistent time-wasting and with an indirect free kick awarded, Davidson fired over the bar in the final action of note.