Sheffield Wednesday Under-23s saw their early lead overturned in the top of the table clash with Bolton at Middlewood Road on Tuesday afternoon.

Frederik Nielsen stabbed home following a goalmouth scramble inside the first five minutes to give the Owls an edge against their PDL2 title rivals.

But goals either side of the break from Connor Hall and Jeff King saw the Whites pick up three points with a 2-1 win to leapfrog Wednesday at the summit on goal difference. 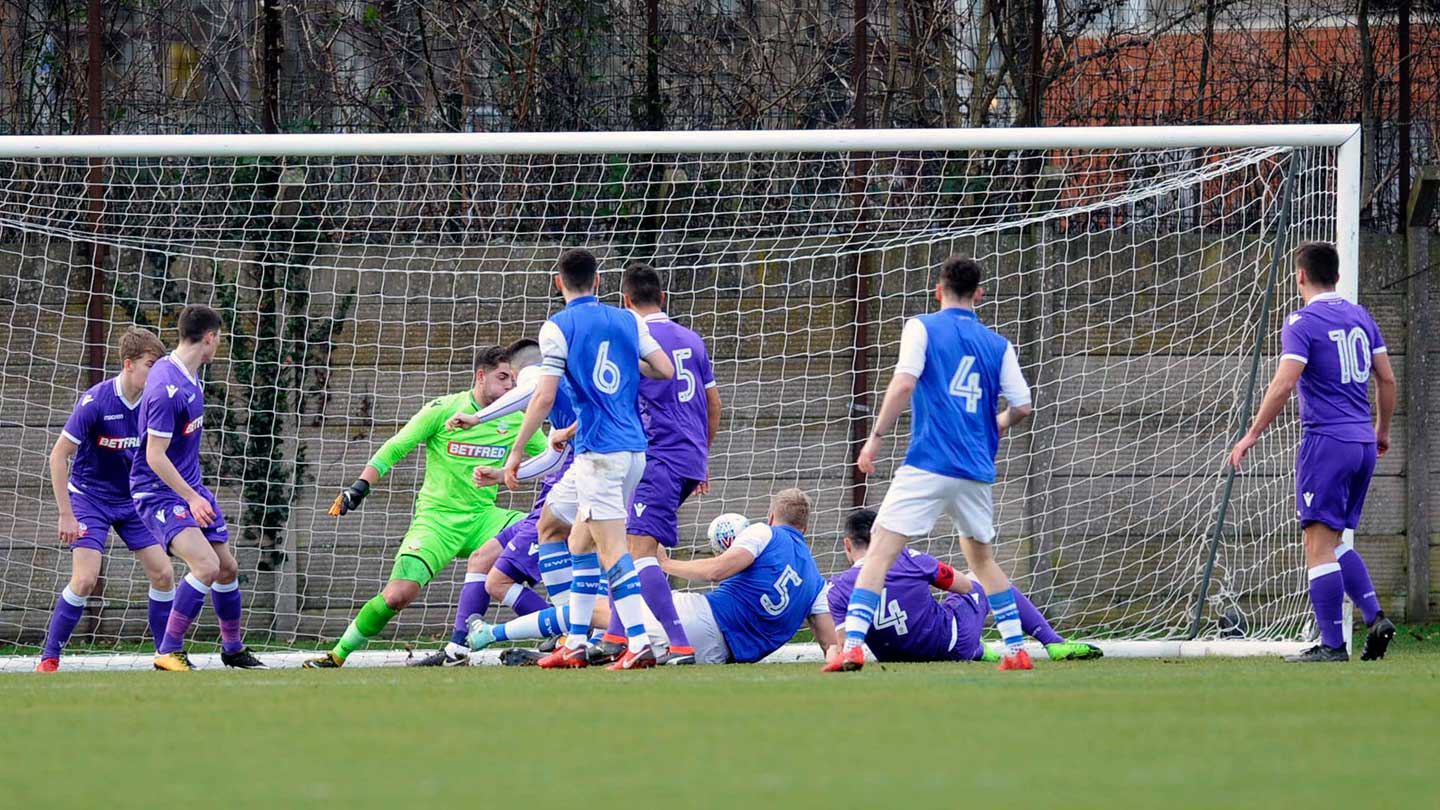 Wednesday began the game the brighter of the two sides and gained an early advantage through centre back Nielsen, who prodded home after the visitors failed to clear Sean Clare’s free kick delivery.

Impressive as the Owls began, chances were at a premium with Bolton goalkeeper James Aspinall rarely tested, save a Matt Penney effort from Warren Clarke’s feed that was easily gathered midway through the half. 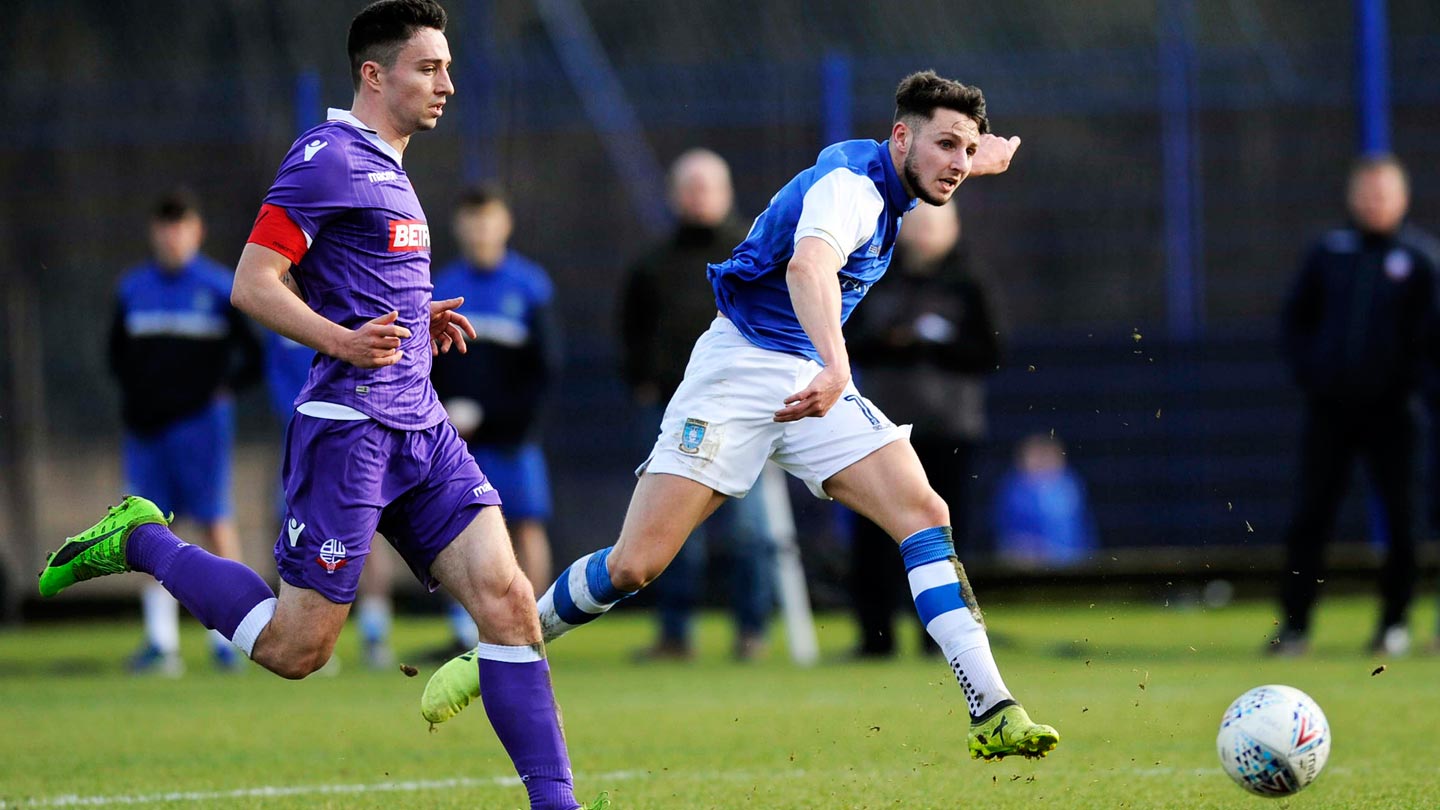 But Bolton, who headed into the fixture unbeaten since October, responded well as the pendulum began to swing in their favour.

Liam Morris fired a warning shot inches wide of Dan Wallis’ goal but the Whites were back on level terms just past half hour mark with Hall heading home from Ryan White’s centre.

Hall almost grabbed a second moments later but side-footed agonisingly wide before the teams regrouped at the interval.

The visitors’ pressure continued following the restart and a fine strike from King saw Bolton take the lead in the contest – with the influential Hall key in the build-up.

In difficult conditions at Middlewood, Wednesday rallied and the impressive Clare went close after gliding past a number of challenges before shooting over the bar. 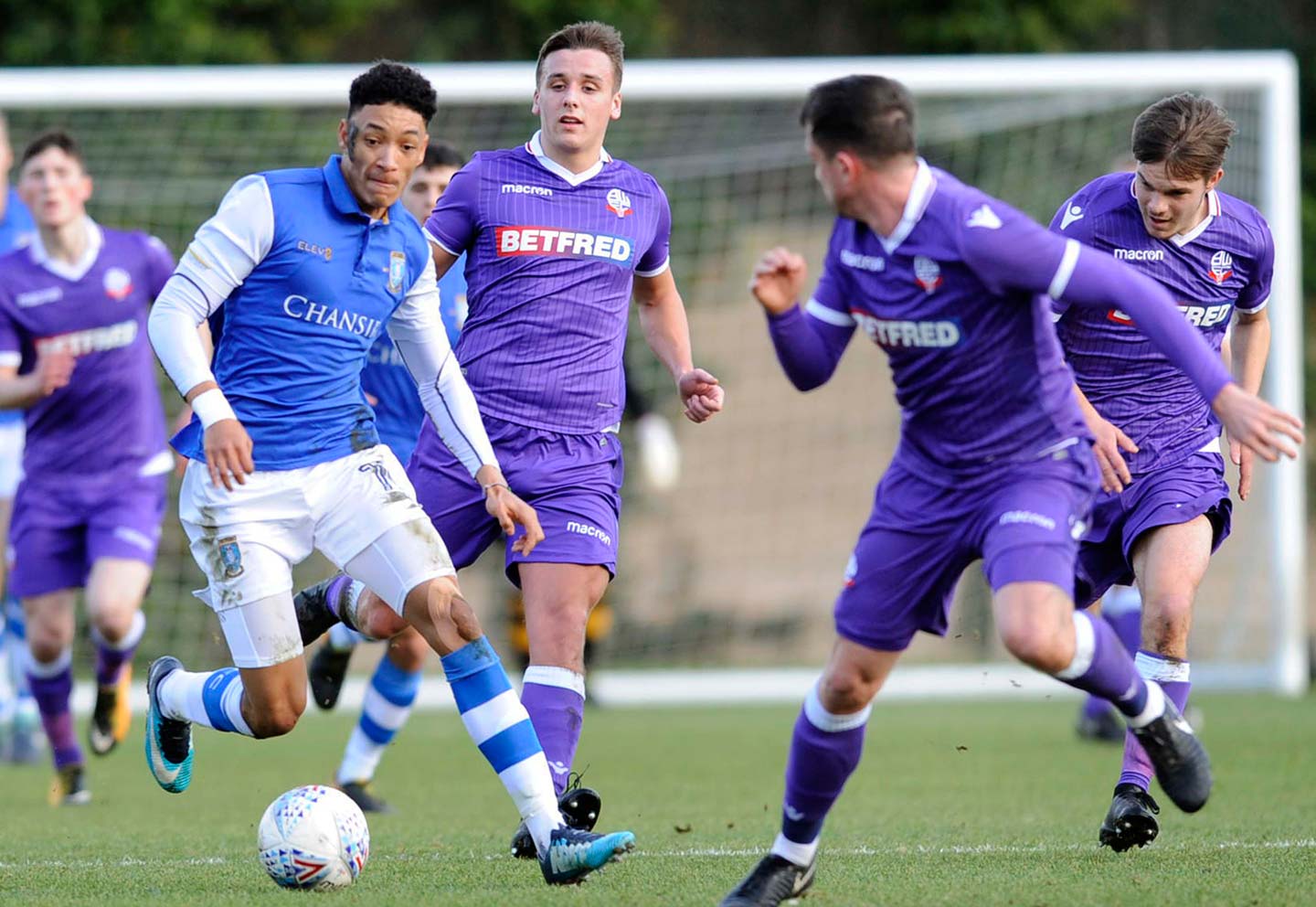 But the in-form Whites now lead the way in the PDL2, both sides on 31 points after 17 games played but goal difference placing Bolton on top.