A stoppage time Liam Waldock strike sealed victory for the Owls at the KCOM Stadium on Saturday evening.

In a dramatic conclusion to the PDL2 clash, Hull missed the chance to break the deadlock five minutes from time from the penalty spot when Callum Smith struck the crossbar from 12 yards.

And the Tigers were made to pay. As three minutes of added time were indicated, Jordan Lonchar’s low ball into the box fell nicely for Waldock, who pounced from close range.

And it was Winnall who almost gave Wednesday the perfect start inside two minutes but his curling effort from inside the box went wide of Harvey Cartwright's left hand post.

During a lively start, Ahmed Salam brought a fine save from Cameron McCulloch, whose reflexes were on point to deny the Tigers winger inside the box.

It was a similar case at the other end as City goalkeeper Cartwright produced an equally impressive stop to keep out Winnall’s fierce low drive.

Lewis Ritson forced a routine stop from McCullouch with a low rasping effort from range on the half hour before Wednesday created perhaps the best chance of the half just before the whistle. 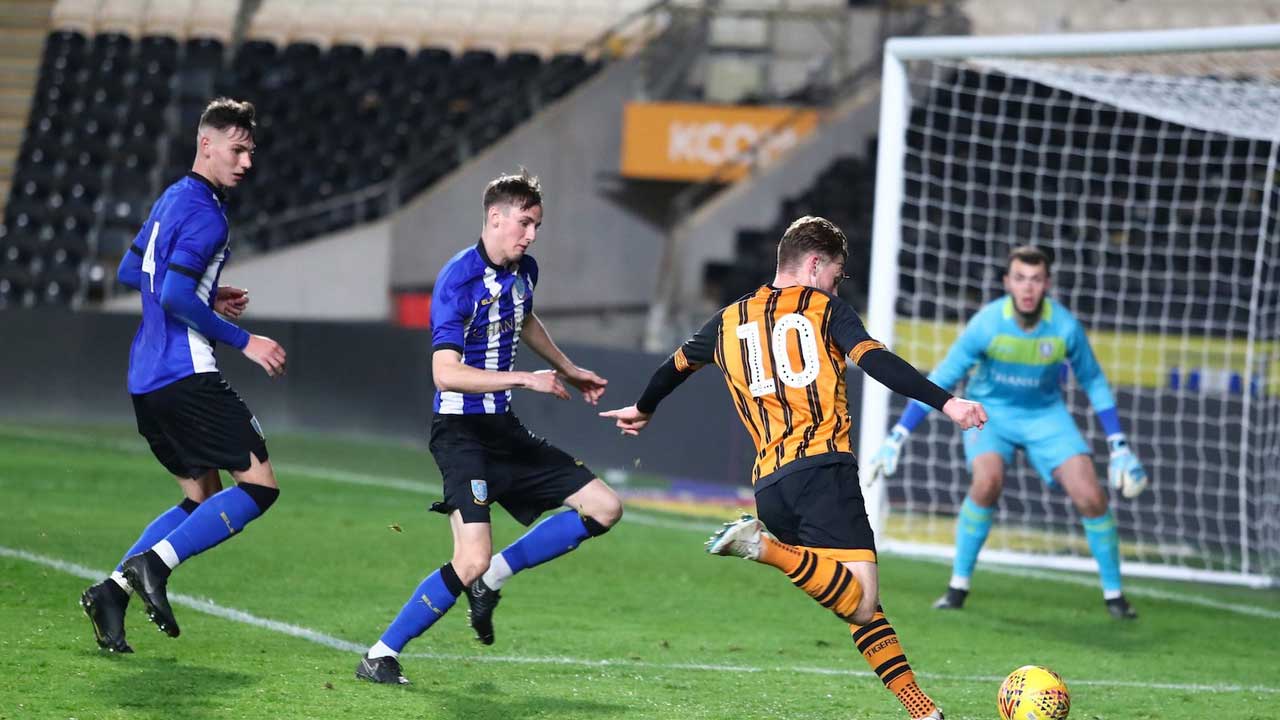 Lonchar’s accurate feed ran perfectly for Warren Clarke, who sprung the offside trap but dragged wide of the far post from a narrow angle.

Wednesday began the second half on the front foot though with little sight at goal, save Waldock’s half volley from range that flew wide of the target on 67 minutes.

Then came the turning point in the game as City had two big chances to go in front in the closing stages.

First on 83 minutes, Tom Powell fired on target from close range only to see McCulloch produce a stunning reaction save, just seconds before the same man went down in the box and the hosts were awarded a penalty.

Smith’s powerful hit from the spot cannoned back off the crossbar and worse was to come for the Tigers, as Wednesday snatched victory right at the last.

Lonchar was the architect, beating his man near the corner the flag before advancing towards goal and fizzing in the low cross, where Waldock was on hand to smash home from six yards.