Sam Winnall stored 45 minutes under his belt for the Owls Under-23s on Friday afternoon.

The returning striker made his presence felt in the PDL2 contest against Crewe and scored the only goal of the game after 28 minutes.

It was the 27-year-old’s first time back in action since sustaining a knee ligament injury during his loan spell at Derby last February.

Also from the senior ranks, Joe Wildsmith, Morgan Fox and Sam Hutchinson featured in the Under-23 clash that saw both sides create chances inside the first 15 minutes.

First, Winnall’s accurate feed fell nicely for Jack Stobbs in the box, who cut inside from the right but his partially blocked strike ran comfortably for David Richards in the Crewe goal.

Wildsmith was alert to push Connor Heath’s powerful half volley past the post as the visitors began to settle into the game.

From the resulting corner, Ben Hughes cleared off the line at the back post from Joshua Lundstram’s towering header moments before Wednesday hit the front.

Stobbs delivered low into the box and Winnall finished emphatically to break the deadlock with his first chance of the game. 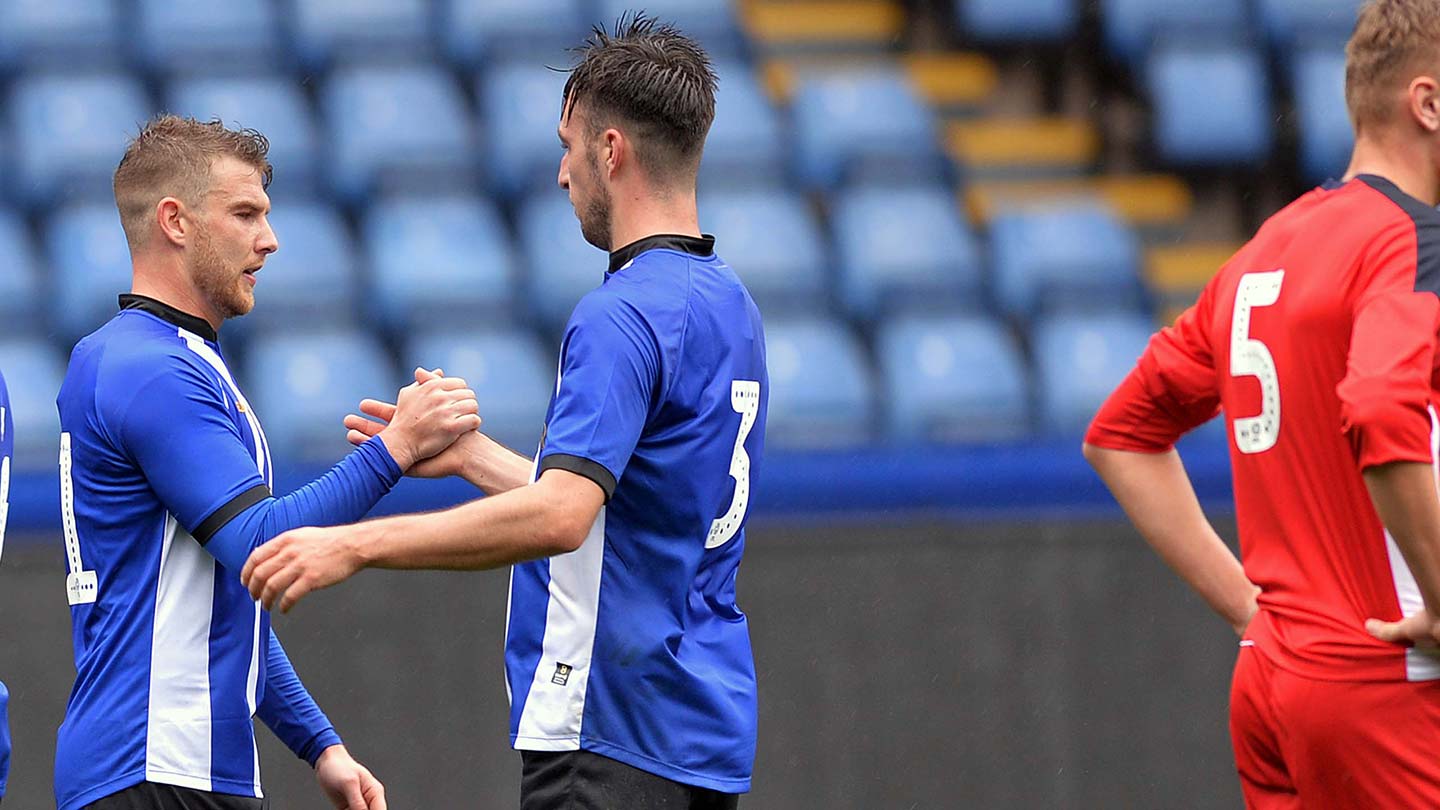 Crewe responded with a direct attack that saw Lundstram burst through the middle but Wildsmith sprung to his left to push the strike wide to deny the Railwaymen a quickfire equaliser.

Winnall, though, continued to look lively in attack and was denied a second goal right on the whistle as Richards got down to tip his low left-footed drive onto the post.

A second goal in the game looked unlikely as the minutes ticked on after the break.

Wednesday’s most likely source was from the right where Stobbs was having plenty of success beating his man and delivering a flurry of dangerous crosses into middle.

Jordan Lonchar fired over the bar from 25 yards after a spell of pressure from the hosts but after enjoying plenty of possession, Wednesday almost gifted Crewe a way back.

Wildsmith’s ball out to Liam Shaw was intercepted by Reilly who took on the strike early, but the goalkeeper made amends immediately by denying the striker from 20 yards.

A snapshot from Joe Robbins was held onto well by Wildsmith with five minutes remaining on the clock, before the Owls almost added a second in the final minute.

Impressive build-up play involving Eyad Hammoud and Lonchar presented space for Conor Grant on the edge of the box, who struck low but clipped the outside of the post.

A first win in four for Neil Thompson’s side, who travel to Hull next Saturday.