Wednesday’s Under-23s went down to a 3-1 defeat to Watford at St Albans City’s Clarence Park.

Despite going into the break level, Sam Dalby’s second half brace and a goal from Joseph Hungbo sealed victory for the Hornets, with Fraser Preston’s finish a consolation for the Owls.

The contest was end to end from the start, as Watford winger Kaylen Hinds found Hungbo but his effort was well blocked by Oszare Urhoghide.

Midfielder Liam Shaw had Wednesday’s first shot of the game with his low effort blocked as the young Owls sought an opener.

Isaac Rice was called into action next as Hungbo looked to break the deadlock before a well-timed slide tackle halted the attack. 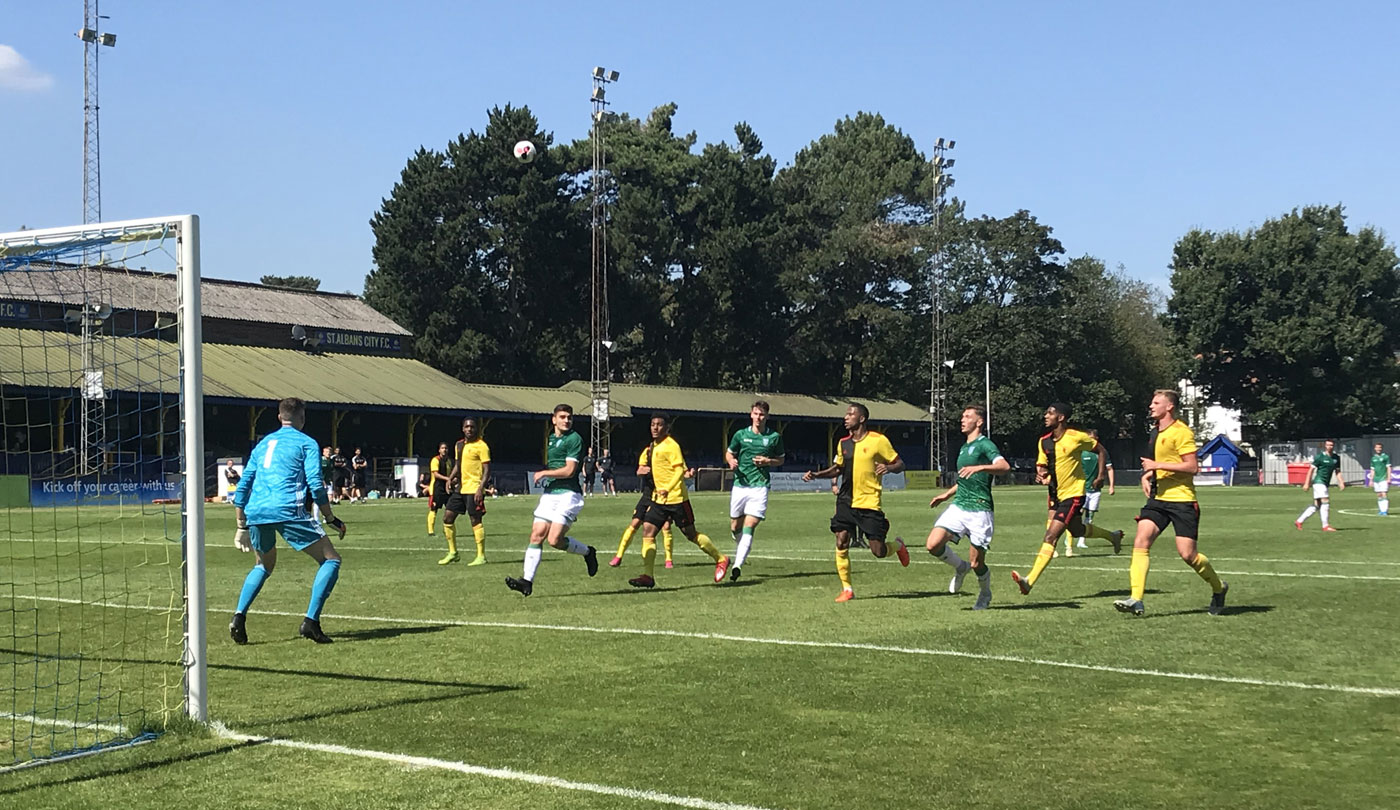 Hornets frontman Dalby was causing problems and he forced Josh Render into action with a diving save to keep the score level.

Wednesday went on the offensive and were unlucky when a neat flick from Preslav Borukov was cleared to safety by Mason Barrett.

The Owls started the second half on the front foot with Preston’s close control allowing him the time to find a pass through to Borukov, who shot just over the bar.

Then, moments after Conor Grant had a goal disallowed for offside, the Hornets took the lead from the spot on 56 minutes when Dolby slotted home.

Wednesday were unlucky not to draw level in a flash when Borukov battled well before turning and hitting a powerful shot just over the bar.

But on 65 minutes Watford doubled the advantage when Hungbo controlled a high ball and smashed high into the net.

The young Owls didn’t let their heads drop, though, and promptly halved the arrears on 81 minutes.

Preston cut inside the box, shrugged off two defenders, and guided the ball though Parkes’ legs.

Wednesday almost equalised moments later with Shaw’s shot from the edge of the area flying just wide of the target but the hosts sealed the points with Hornets captain Jamal Balogun feeding Dalby for his second of the match.