The Owls Under-23s turned in a dominant display to topple league leaders Coventry at Middlewood Road on Monday afternoon.

Two goals apiece from Korede Adedoyin and Alex Hunt gave Wednesday a well-deserved win on their return to league action.

Twice Coventry hit back in the first half following goals from Adedoyin and Hunt to go in at the break level at 2-2.

But the Owls took a firm grip after the break as both Adedoyin and Hunt doubled their tallies against the Sky Blues. 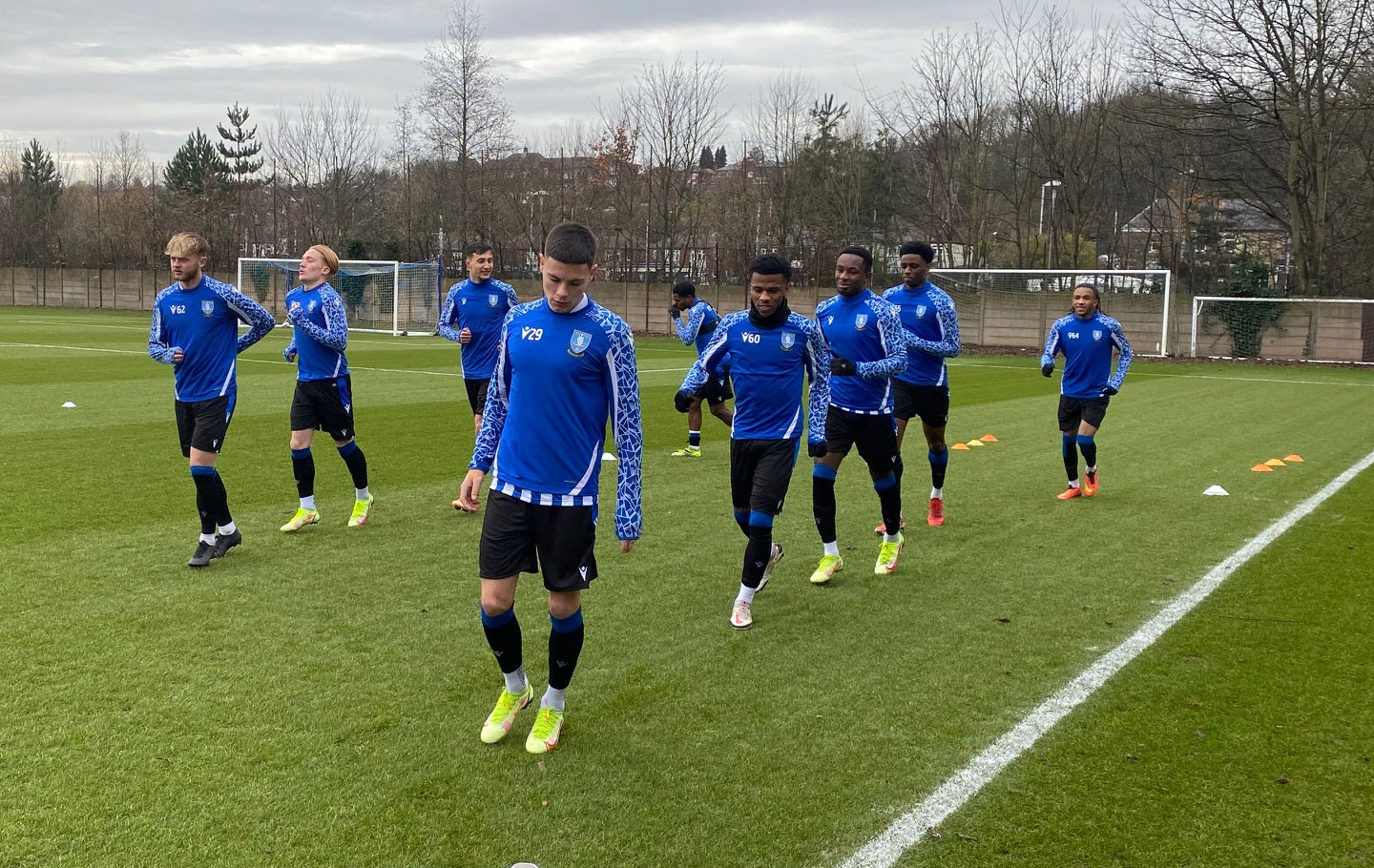 There was an excellent tempo from the off and with less than two minutes on the clock, Hunt and Adedoyin combined for the first time in the game – but certainly not the last – as the latter saw his strike deflected away from goal.

The Owls maintained the pressure and took the lead after 17 minutes as Adedoyin rifled a fierce effort into the far corner from Jayden Onen’s feed. 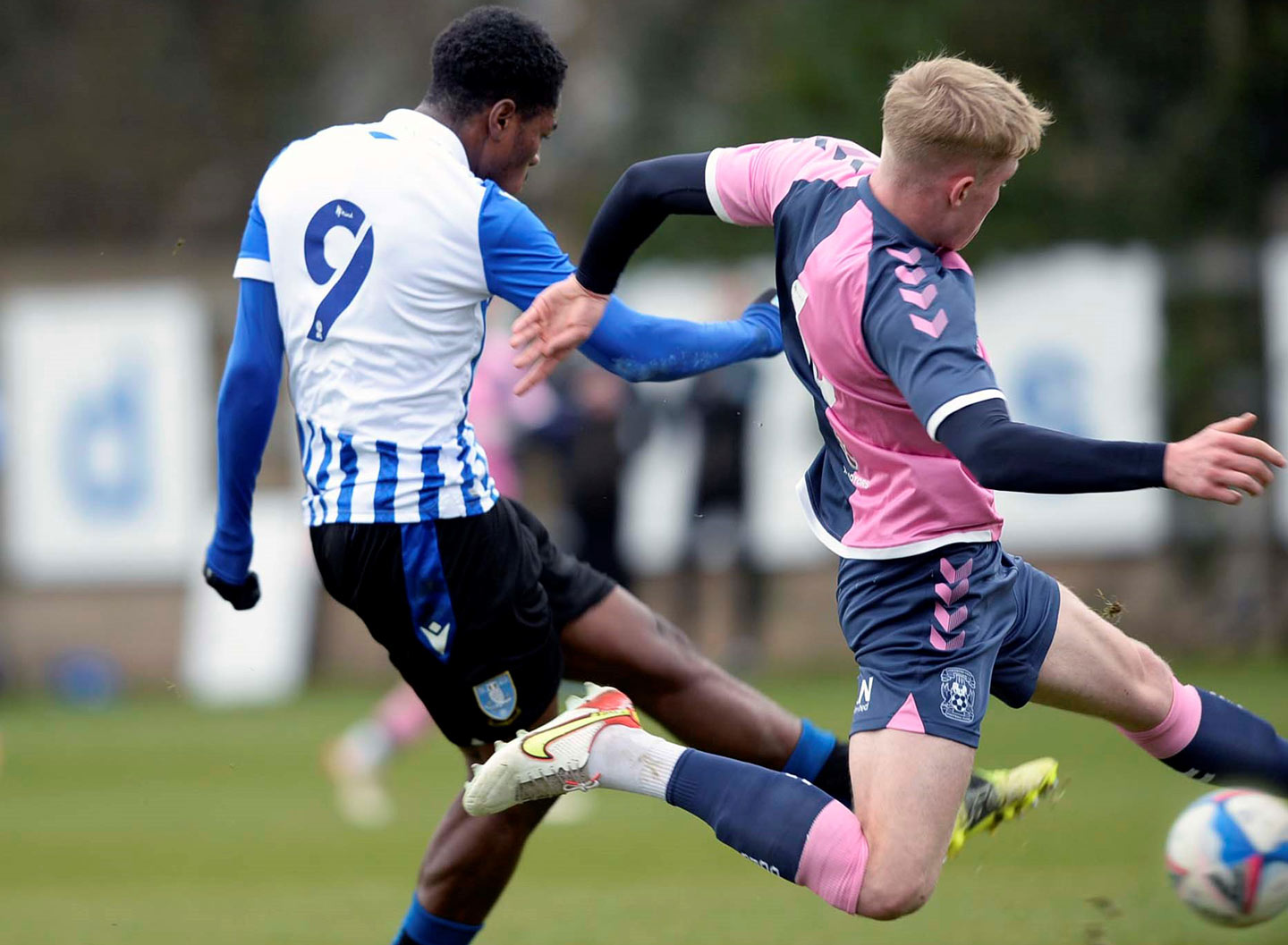 Liam Waldock was then denied from close range by a terrific block from Josh Reid before the visitors drew level against the run of play.

Marco Rus attacked down the right and flashed a low ball across the six-yard box where the unfortunate Declan Thompson put past his own keeper in trying to make a clearance.

There was little the defender could do to prevent the ball squirming over the line but Wednesday regrouped and were back ahead a minute later and in stunning fashion.

After good work from Lewis Farmer to keep an attack alive, Hunt took possession outside the box, measured up a strike and smashed the ball high into the net. 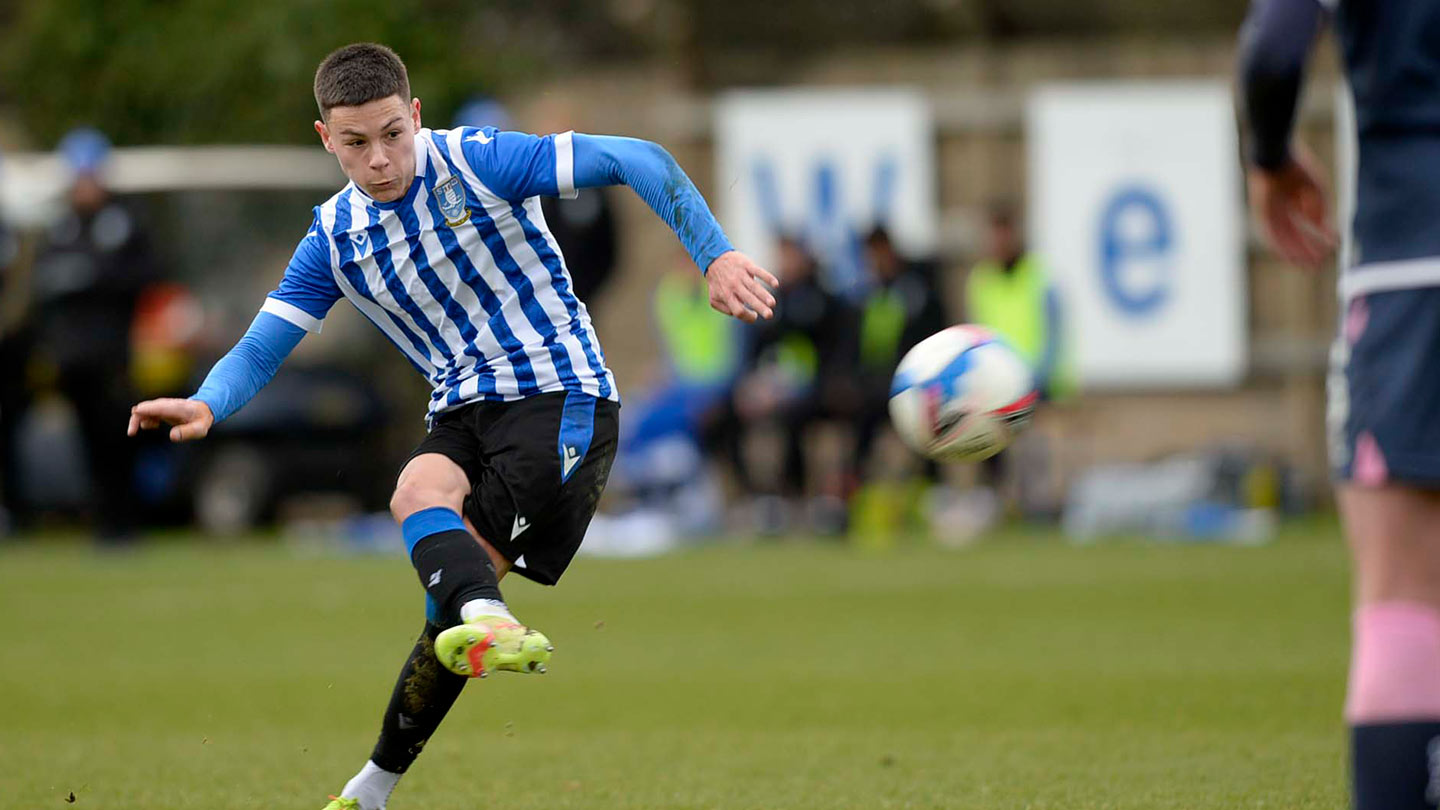 Hunt was in the mood and went inches away from scoring his second when the midfielder’s free kick 20 yards out rattled the crossbar.

Coventry keeper Cian Tyler then made an outstanding save to deny Adedoyin from close range, diving at full stretch to his left to push wide when a goal looked certain.

Despite the onslaught, though, Wednesday were hit with a sucker punch right on the stroke of half time. 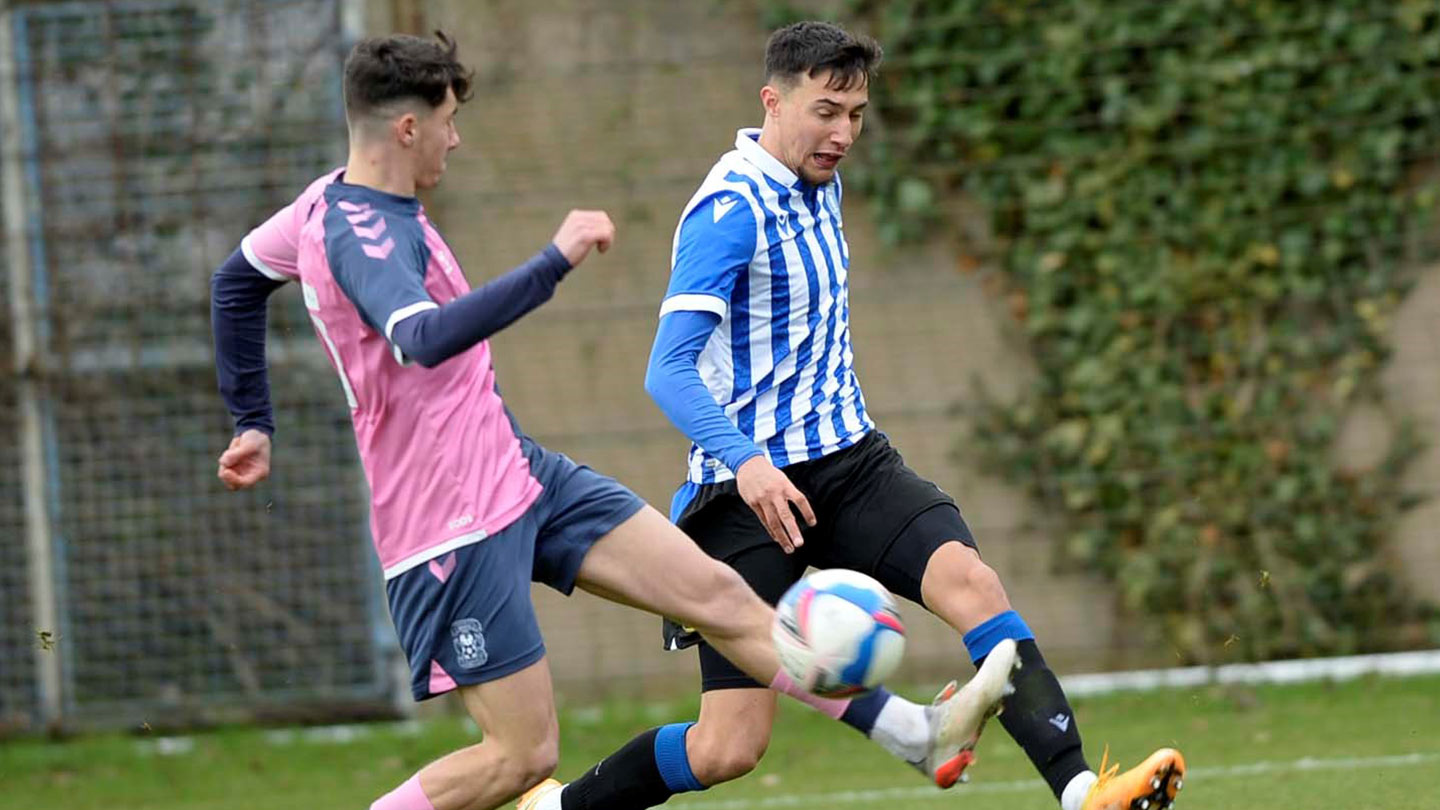 Fabio Tavares made the run in behind the backline and drove inside from the right to finish impressively past Luke Jackson.

In a lively start to second half proceedings, the visitors almost took the lead for the first time when Rus sent a low drive wide of the mark from an acute angle.

Wednesday issued an immediate response at the other end and were 3-2 up seconds later.

Hunt picked up the ball in midfield and played a defence-splitting pass into Adedoyin, who feinted his first effort to leave his marker grounded before calmly converting low into the bottom corner. 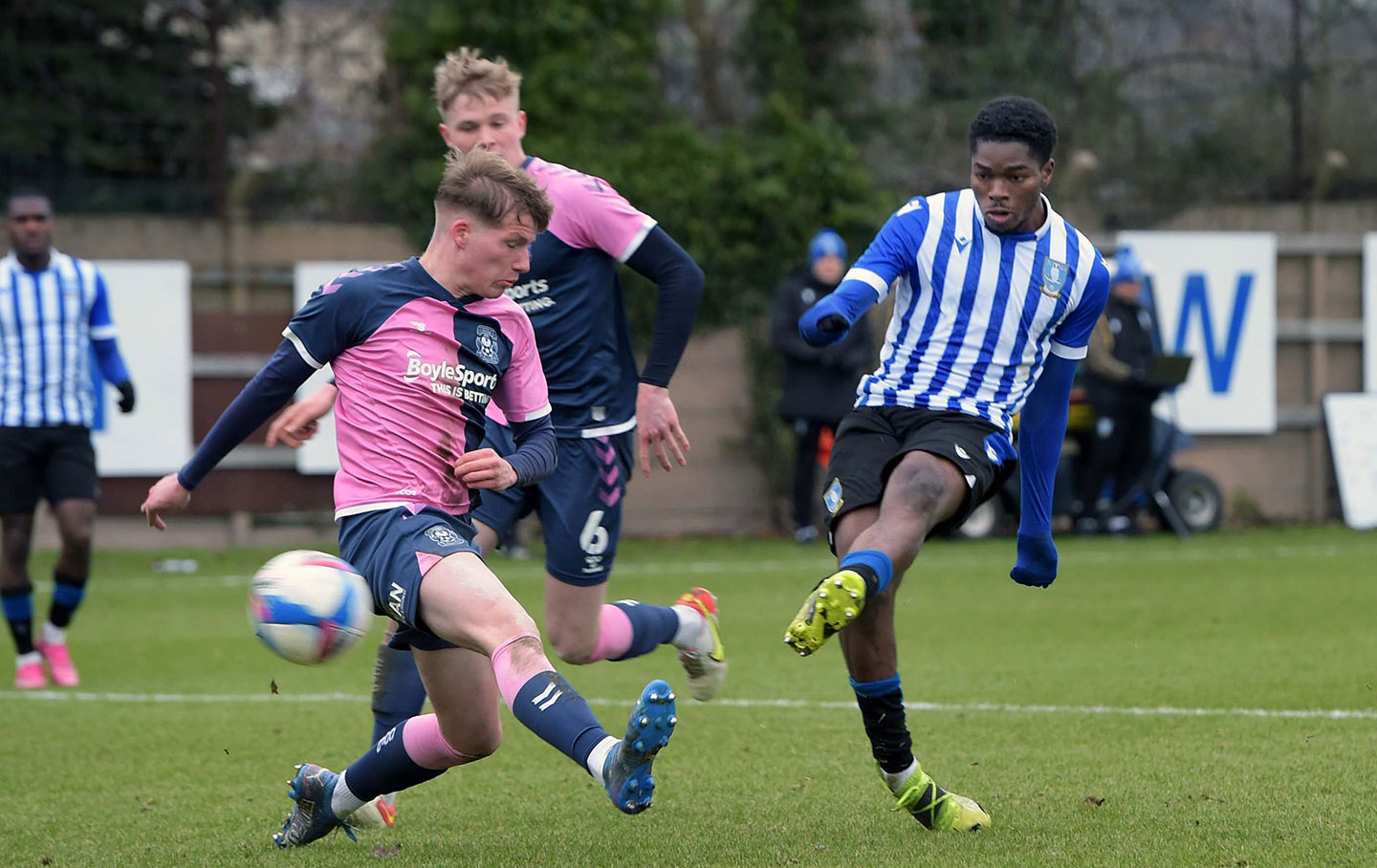 Then right on the hour mark, Hunt struck a wonderful free kick to put the game well in Wednesday’s control.

The Owls academy product, who has played 17 games on loan for Grimsby this season, dribbled past three challenges before being clipped outside the box. Hunt stepped up to take the resulting free kick and struck an unstoppable effort into the top corner.

💥 @__alexhuntt with his second goal of the game to make it 4-2 #swfc pic.twitter.com/Z7plCmv9v6

Coventry were not out of the fight and sought a way back into the match, twice hitting the woodwork in the space of five minutes.

First Ryan Howley swung a left boot at Reid’s low centre and the ball skipped up off the turf to hit Jackson’s left hand upright, Tavares followed up the rebound and brought a fine save from the Owls keeper.

Then, Josh Eccles darted into the box from the right and hit a strike that cannoned off the near post and to safety.

With five minutes left on the clock, Adedoyin went close to bagging his hat-trick after pinching possession from Blaine Rowe and advancing towards goal but Tyler sprung to his left to push the ball out for a corner in the last action of an incident-packed game. 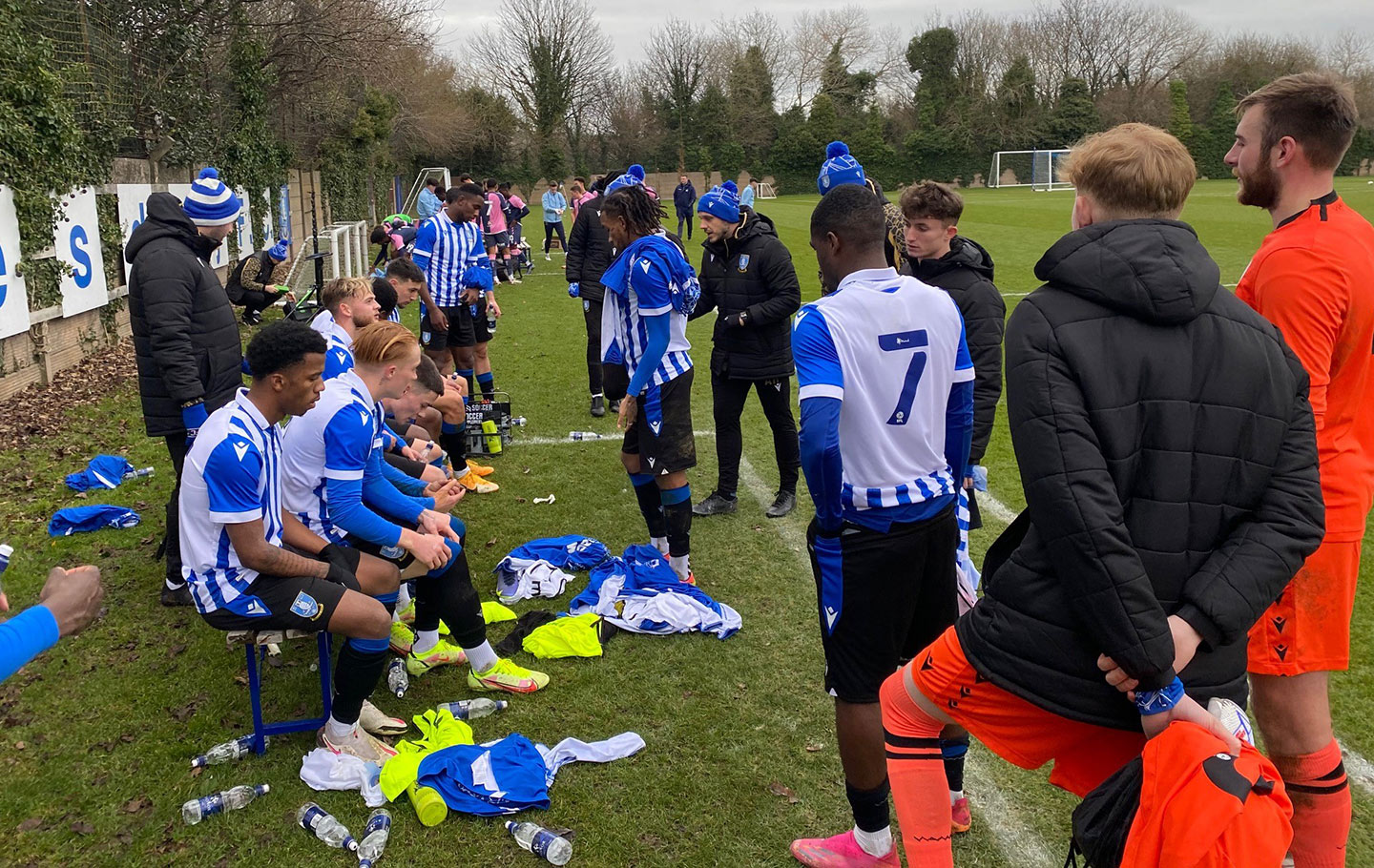