The Owls can unveil the first team home and away replica strip for the club’s 150th anniversary campaign.

Both strips are a nod to Wednesday’s history - the home kit, with a three-button down placket, has a block royal blue body with white sleeves and shorts, as donned by Wednesday between 1965 and 1972.

The v-neck away shirt, meanwhile, takes on a modern twist of the hugely popular early-1990s yellow shirt with striking black pinstripes and black shorts.

The shirts house the very latest technology, with extra breathable panelling on an interlock material, and ‘150 years 1867 - 2017’ embroidered onto the rear of the collar.

The socks on the home strip are white with blue hoops, while the away socks are black with yellow hoops.

The 2017/18 replica strips will be on sale in store later this month - visit swfc.co.uk for further information. 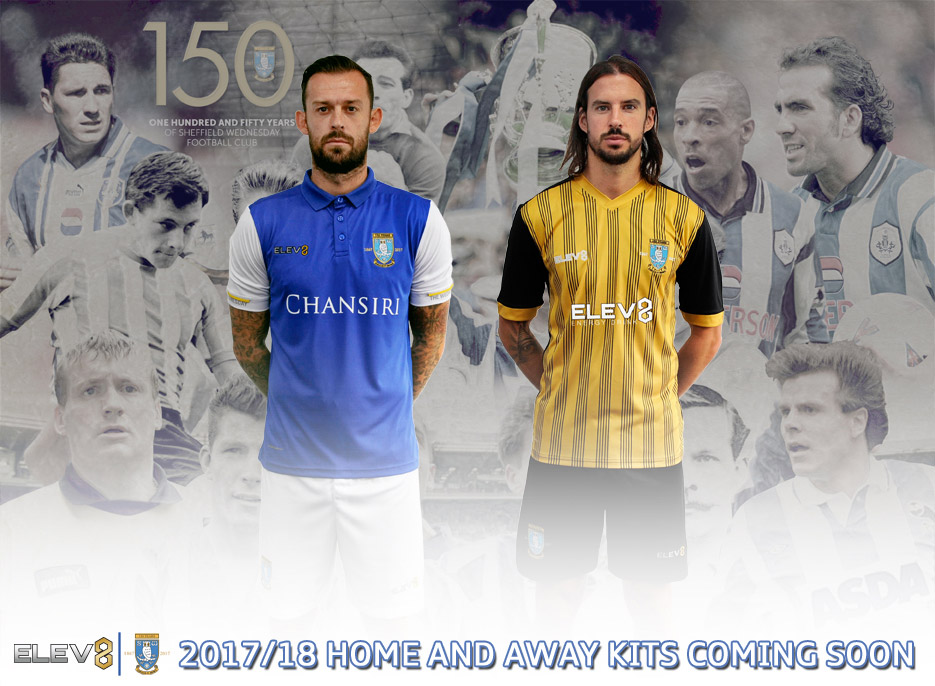 The team’s third strip, designed by Wednesdayite Karl Nuttall and revealed earlier this year, will be officially unveiled in its final form at Owls in the Park on 3 September.