The Scotsman has an affinity with Wednesday going back 13 years when he joined the Owls on a free transfer after leaving Dunfermline in 2004.

He was given the armband and would lead the club during one of their most exciting seasons in modern times, finishing with a 2005 4-2 play-off final win over Hartlepool at the Millennium Stadium in Cardiff, a day that will live long in the memories of Wednesdayites.

Altogether, Bullen played 148 games during a four-year stay with the Owls as a player, scoring nine goals.

He also has the unique honour of having played in every position for the club, including goalkeeper. 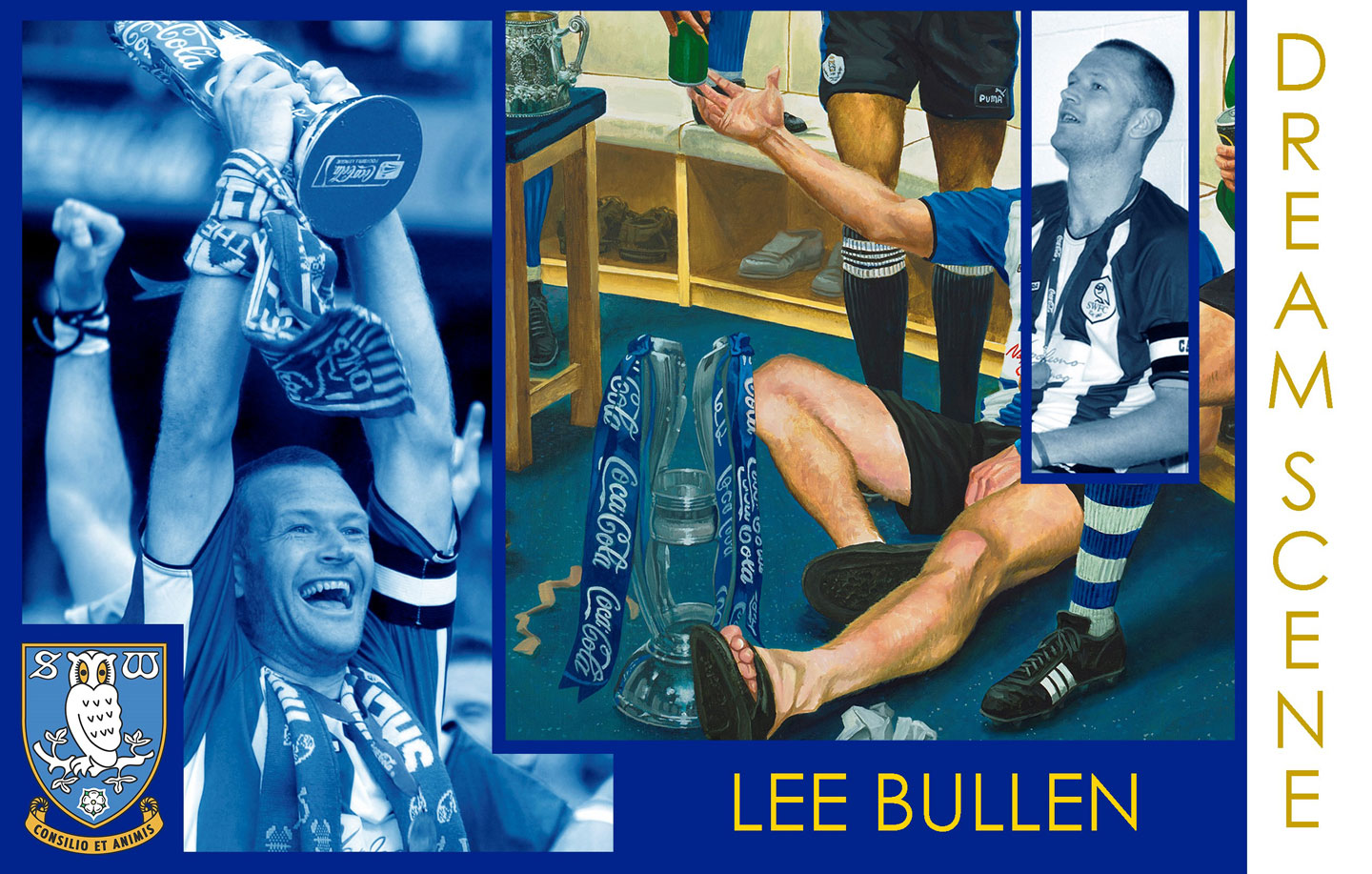 Following a brief stint with Falkirk, Bullen re-joined Wednesday in 2011 as a coach in the club’s youth set-up, managing the Owls’ Development Squad before stepping up to the first team backroom staff.

He joins the dressing room in the club’s 150th anniversary painting, which Australian artist Jamie Cooper has completed this summer.

The artwork will be unveiled at the Owls’ 150th anniversary black-tie dinner on Monday 4 September to celebrate the club’s great history, CLICK HERE to find out more.

CLICK HERE to check out Jamie’s behind the scenes blog.

The Dream Scene squad is almost complete, so keep a look out for which player will be revealed next!