The Owls are pleased to announce the 11th player in the Sheffield Wednesday Dream Scene as wing wizard Chris Waddle.

The wideman signed for Wednesday in 1992 after a spell in France with Marseille and in his four years with the Owls became a firm fans’ favourite.

The England international had many memorable moments in the blue and white, but his 30-yard free kick against Sheffield United at Wembley in the FA Cup semi final in 1993 is a particular highlight amongst Owls fans. 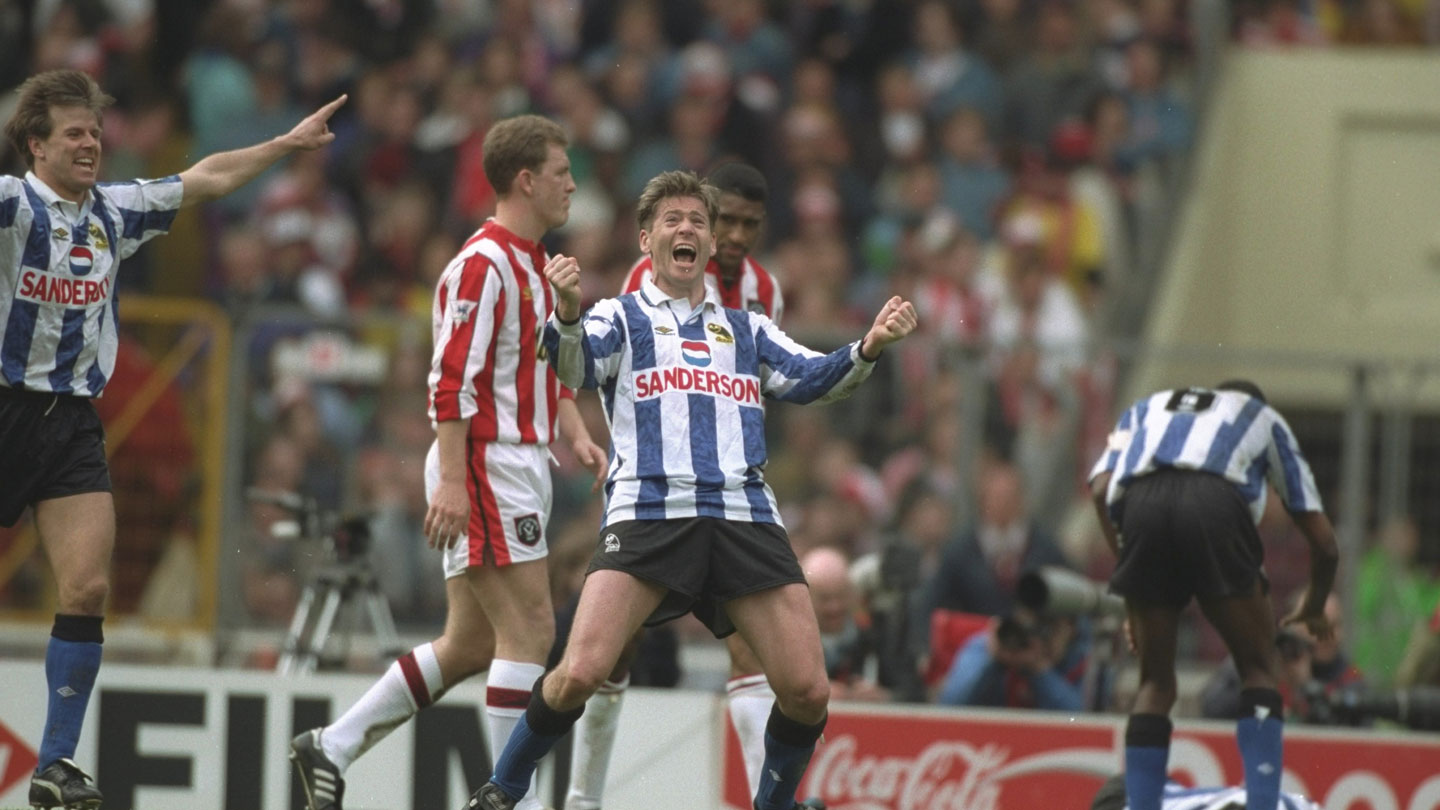 Australian artist Jamie Cooper has spent the summer working on the Dream Scene project and will reveal the iconic painting at the club’s 150th anniversary dinner on Monday 4 September.

For more information on the Owls’ celebration at Ponds Forge, CLICK HERE.

And to see Jamie’s behind the scenes blog, CLICK HERE.

The next player in the Sheffield Wednesday Dream Scene will be revealed next Monday!