Carlos Carvalhal reflected on a night of highs and lows in the Carabao Cup at the Macron Stadium on Tuesday.

The Owls’ head coach saw his side just fall short of what would have been a dramatic comeback after his side trailed 3-0 with 14 minutes to go.

Jordan Rhodes hit a late double to give the visitors a glimpse of round three but it was too little too late.

To cap a frustrating evening, Carvalhal was sent to the stands late on with counterpart Phil Parkinson.

He told swfc.co.uk: ”Tonight was all about positives and negatives from my point of view.

“The positives were the way we created so many chances and we could have had many goals, that is the reality.

“Also we showed a strong reaction when we were 3-0 down and I don’t quite know how the score got to 3-0.

“But that was the reality and we had to deal with it. So I was pleased with the way we fought back and a few minutes more would have seen us get another goal, I am sure.

“The negatives? We went 3-0 down when that should never have been the score and we are out of the cup.

“I always say the Championship is the most important thing and that is correct but we came here to win, we prepared for the game correctly but we lost the game.” 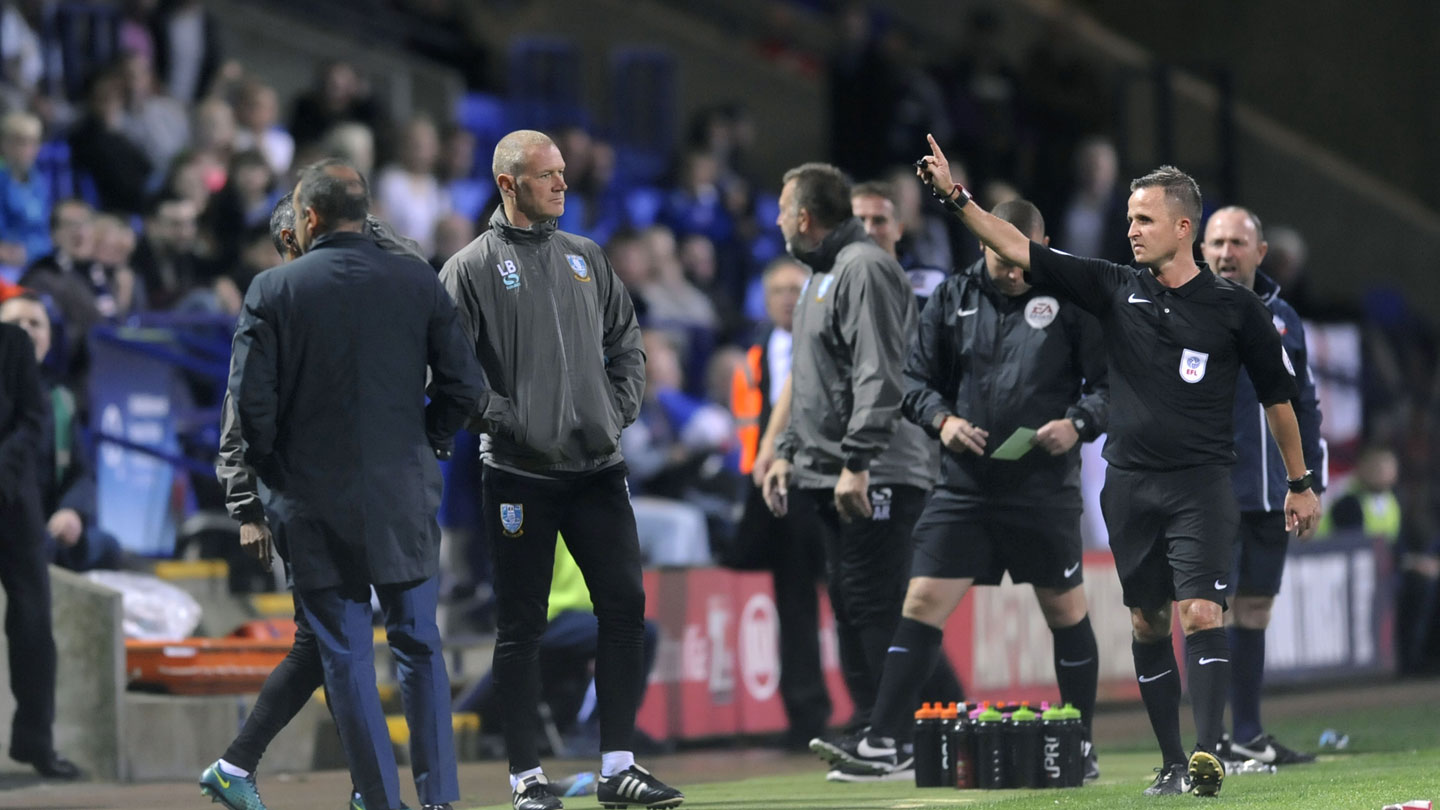 On the double dismissal, Carlos explained: “With the emotion of the moment, I left my technical area and the decision of the referee was correct but there were reasons why I was out there.

“I do not want to talk about this incident too much. The security man has apologised to me, he acted very bad in that moment.

“Afterwards Phil Parkinson came to shake my hand and there is no problem, these things happen in football.”