Jordan Rhodes put the Owls ahead on 18 minutes and that one-goal advantage stayed intact at the halfway stage.

Norwich then hit back after the break to secure their first home win since September, with a 3-1 scoreline, as Carlos rued the manner of the goals.

“I talked about this before the game, we must be compact, solid and block the spaces, play with the lines together and we will put a lot of problems to Norwich.

“Really we did very well with this in the first 45 minutes. We scored the goal and should have scored a second.

“Second half, in a situation where we are winning 1-0, you can’t take a goal on the counter attack, in the fast attack.

“We should not take this kind of goal when we are winning. We cannot open an opportunity to the team to score on the counter attack like that.

“But we did this mistake.” 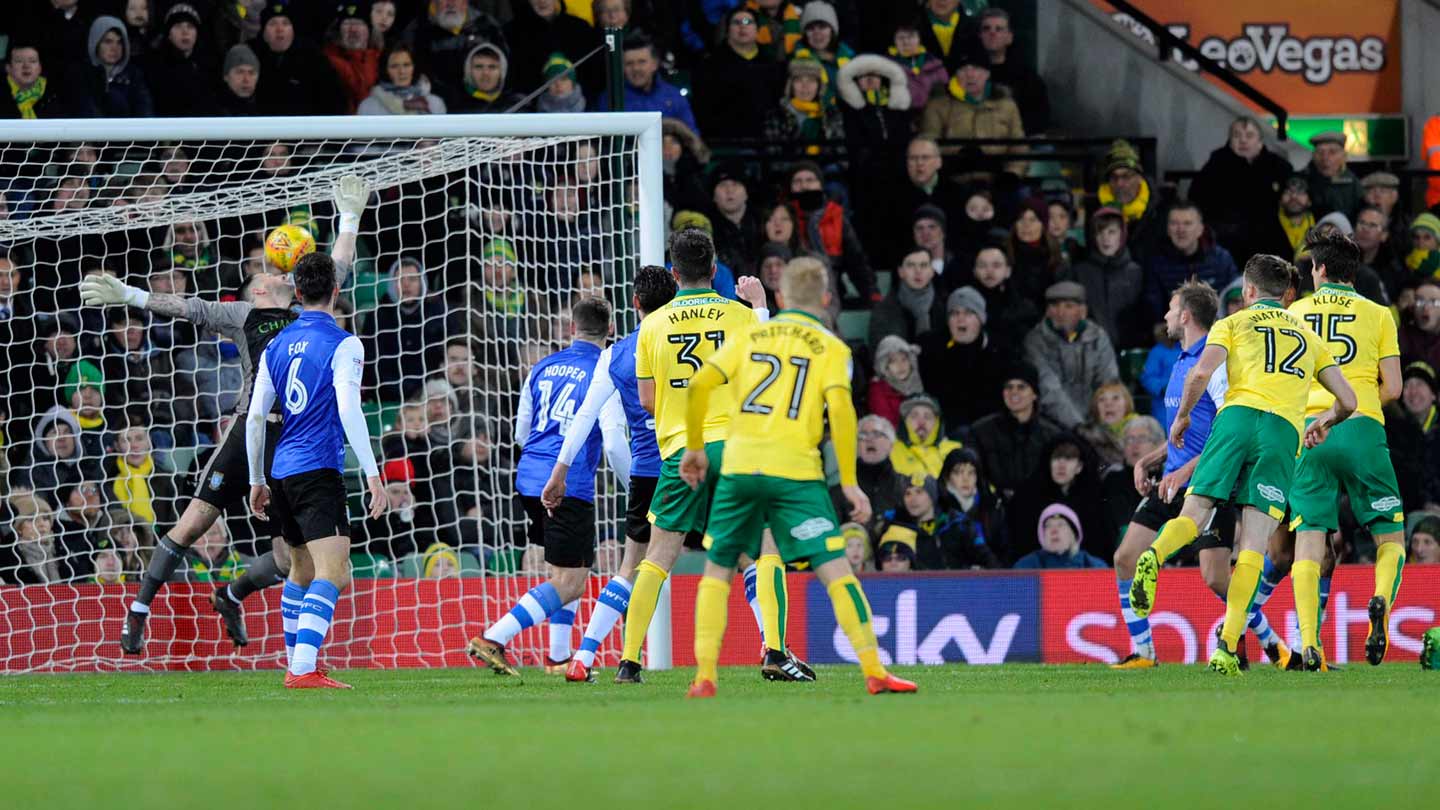 James Maddison smashed home the rebound to equalise for the Canaries after Keiren Westwood had denied Alex Pritchard.

And Wednesday were left with an uphill battle with little over 20 minutes to play when Timm Klose buried a firm header past Westwood from a corner.

But it was the equaliser that Carlos believes proved crucial, as he added:

“The first goal was crucial because when you are playing like we were in the first half, you can then lose the balance of the team in one moment.

“We lose the balance and to me the moment of the game was the first goal because it changed everything.

“After this, we stayed frustrated about everything and the good things we did in the first half were compromised with everything in the second by this mistake.

“We took a lot of risks and put a lot of players in attack again because in the minimum we wanted to achieve one point.

“But we was not effective in attack to receive the ball and keep it in those areas, with the second balls they win possession to counter attack and scored the third.”