The Owls Under-18s’ preparations for the new campaign continued last week with an intense three-day training camp at Carden Park.

During the short stay, the 18s took part in daily double sessions and competed against Chester City in a friendly, that saw the Owls triumph 2-1. Along with providing the boys with vital minutes under the belt, the Cheshire trip gave the new scholars an ideal chance to embed into the group.

Under-18 manager Ben Wilkinson said: “The lads worked really hard with double sessions every day, including early morning running sessions at 7:30am round the vast estate and golf courses. 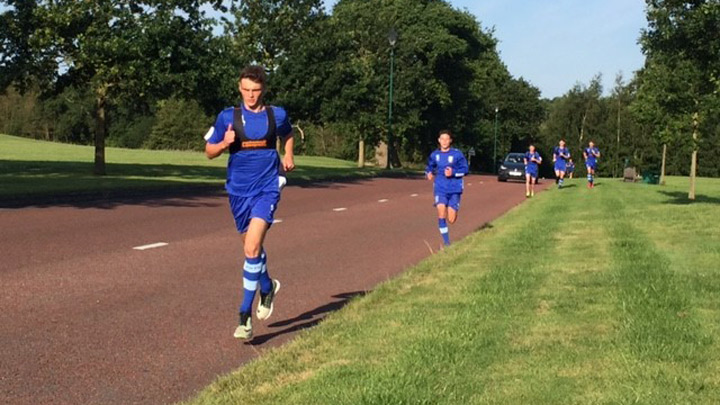 “The aim of the trip was to get some hard work into the players and have a change of environment.

“It also gave us the opportunity to get the lads together for a few days and integrate the new first year scholars into the group.

“We are very much building to our first game of the season and slowly increasing the workload to ensure the players arrive at that game in peak fitness.

“It was great to get away for a few days and finish the trip off nicely with a game against Chester.”