The next player to feature in the Sheffield Wednesday Dream Scene painting is John Sheridan.

Widely regarded as one of the most gifted midfielders to wear the blue and white, he made 244 appearances for the Owls, scoring 33 goals, between 1989 and 1996.

The Ireland international scored Wednesday’s winning goal as the Owls defeated Manchester United 1-0 at Wembley in the 1991 League Cup final.

He was also instrumental in helping the Owls achieve promotion from Division Two in the same campaign. 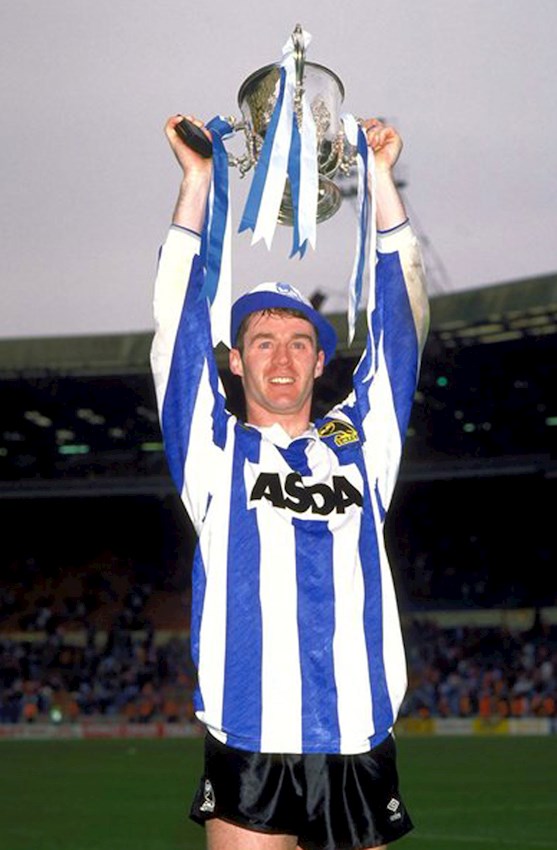 Australian artist Jamie Cooper, who recently finished work for Real Madrid, is currently completing the painting down under.

For all the behind the scenes action, CLICK HERE to see Jamie’s SWFC blog.

The next player in the Dream Scene will be announced on Monday!