The Owls are pleased to announce that the first player who will feature in the ‘Sheffield Wednesday Dream Scene’ is Roland Nilsson.

The iconic Swedish international achieved cult hero status with the club and is often revered as the Owls’ greatest ever foreign export.

After arriving from IFK Gothenburg in 1989 the classy right back was an instrumental part of the Wednesday side that won promotion from Division Two in 1990/91. 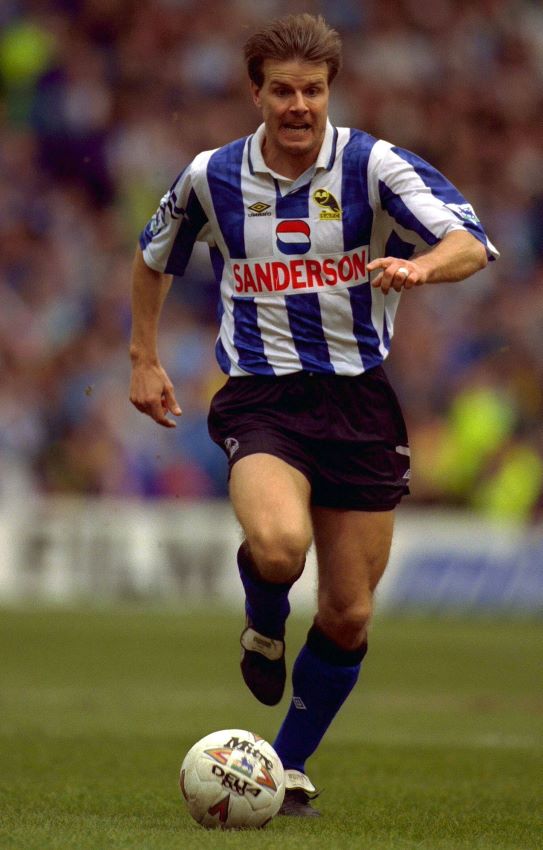 In the same campaign Nilsson helped the Owls to the League Cup, famously marking Manchester United’s Lee Sharpe out of the final as Wednesday came out 1-0 winners at Wembley.

An ever-popular figure, Nilsson’s affinity with Wednesday is on-going and he recently emailed the club in the build-up to the Owls’ play-off campaign last month to give his best wishes.

Overall he played 186 games for the Owls during a five-year spell, scoring three goals, and will now be deservedly immortalised in Jamie Cooper’s dressing room mural.

Visit swfc.co.uk next Monday when we will announce the next player in the ‘Sheffield Wednesday Dream Scene.’