The Owls are delighted to announce England goalkeeper Ron Springett as the next player to feature in the ‘Sheffield Wednesday Dream Scene’.

The iconic shot-stopper was a vital member of the Wednesday side of the 1960s, which finished runners up in Division One in 1961 and reached the FA Cup final in 1966.

Springett also featured for Wednesday in Europe, being part of the side that beat Roma, Lyon and Barcelona in the Inter-Cities Fairs Cup in the 1961-62 campaign.

He became the Owls’ number one after signing from QPR in 1958 and is still the club’s most capped player for England with 33 appearances for the Three Lions. 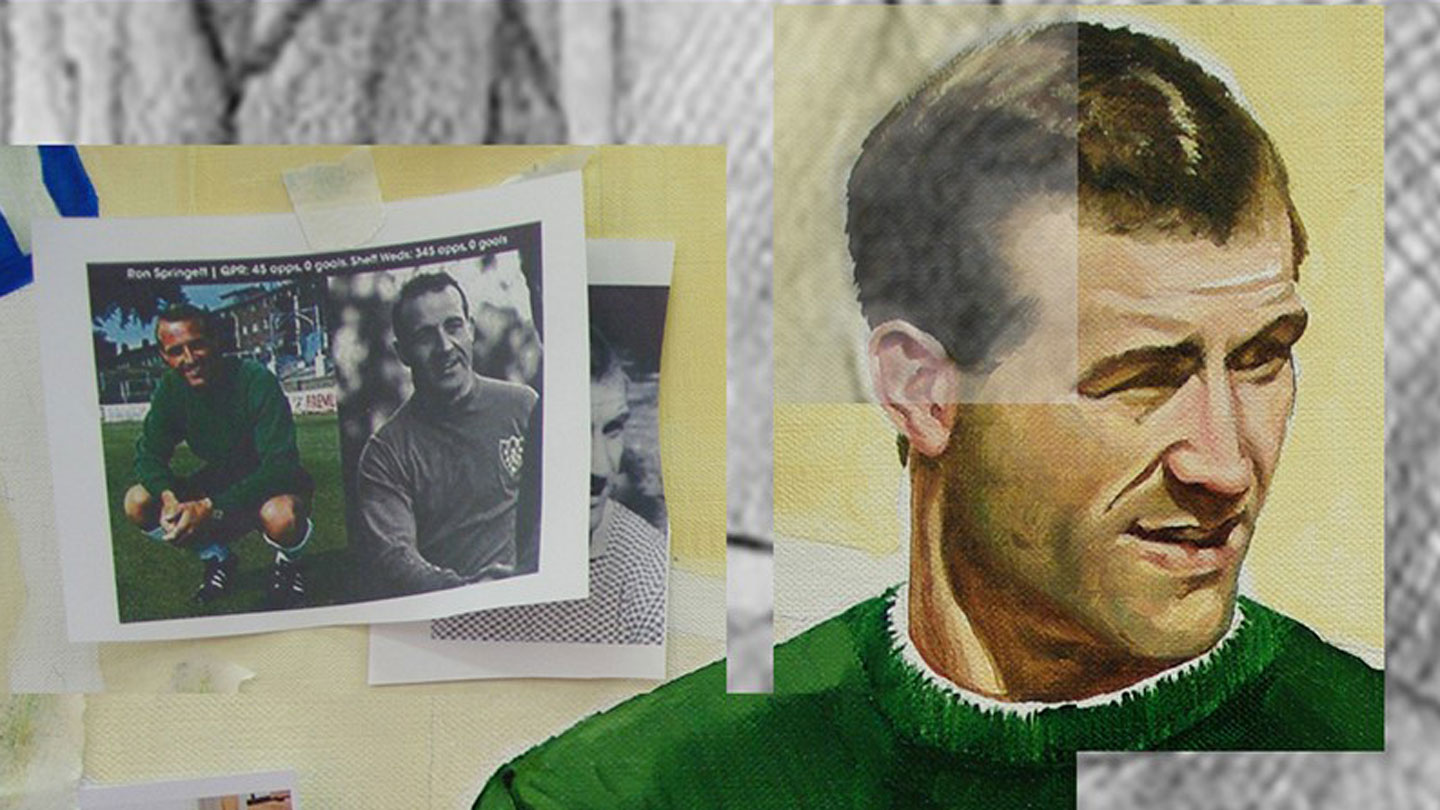 He was selected in the World Cup-winning England squad in 1966, for which he received a winners’ medal in 2009 at 10 Downing Street.

He passed away in September 2015, but after earning legendary status with the Owls, he stays firmly in the memories of those who were fortunate enough to see him play.

Overall the agile goalie played 384 times for Wednesday between 1958 and 1967 and now will feature in Wednesday’s 150th anniversary ‘Dream Scene’ mural alongside Roland Nilsson who was announced last week.

The next player to feature in Australian artist Jamie Cooper’s iconic dressing room will be announced next Monday!

To get a look inside the artist's studio, CLICK HERE to read Jamie's Sheffield Wednesday blog.