Owls striker George Hirst leads the line in the Team of the Toulon Tournament.

Following the conclusion of the prestigious competition, which saw England retain their crown, the official Team of the Tournament has been named.

With four goals for the Three Lions, Hirst has been selected as one of the stand outs by the competition’s official Twitter account on Monday. 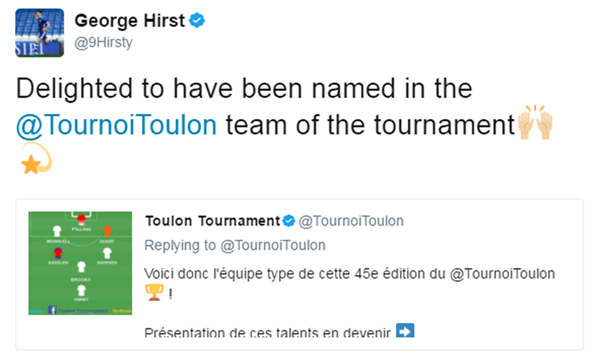 Hirst struck a hat-trick in England’s emphatic 7-1 win over Cuba and converted from the spot against Japan in the group stage.