The Sheffield Wednesday Under-14s and Under-16s will once again take part in the Youdan Trophy this summer.

The international youth tournament, staged in Sheffield, has quadrupled in size since the inaugural event in 2015.

This summer – between 31 July and 4 August – more than 800 young players from some of the world's most celebrated clubs will converge on Sheffield to contest the sport's oldest trophy.

From Manchester United to Houston Dynamo, Newcastle to FC Basel and Everton to Kawaski Frontale, clubs will go head to head against stern opposition from as far afield as Iran and South Africa.

The Owls, of course, take their place in the prestigious youth competition with the Under-14s’ event staged at the Warminster Road facility of the University of Sheffield.

The Under-16s will compete at the Sheffield Hallam University Sports Park.

And for the Youdan Trophy final itself, overseeing the action will be former Premier League referee Mark Clattenburg. 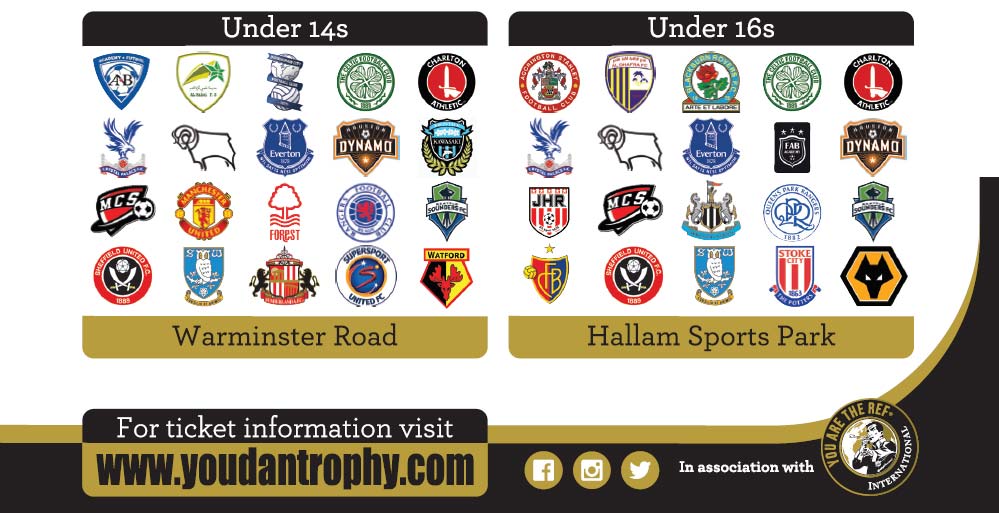 Keith Hackett, director of tournament organisers You-Are-The-Ref.com said: “Mark will be refereeing his first game in this country since moving on to pastures new – what a great thrill that will be for the young players.

“The Youdan Trophy continues to grow and grow and is fast developing into the biggest and most prestigious tournament of its kind in the whole of Europe.

“We are confident that in the coming years it will be established as a globally recognizable Sheffield brand.”