Striker Jordan Rhodes says all is still to play for with eight huge games remaining in the season.

Wednesday were left frustrated on Friday evening at Hillsborough as Reading emerged victorious but Rhodes is keen to look to the future.

“Friday was just one of those frustrating nights,” Rhodes said. “I thought we actually played well but we go again.

“We can take a lot of positives, keep our heads up and we still have eight big games to play before the end of the season.

“There is a lot of football to be played and we have got to keep going and see where it takes us.” 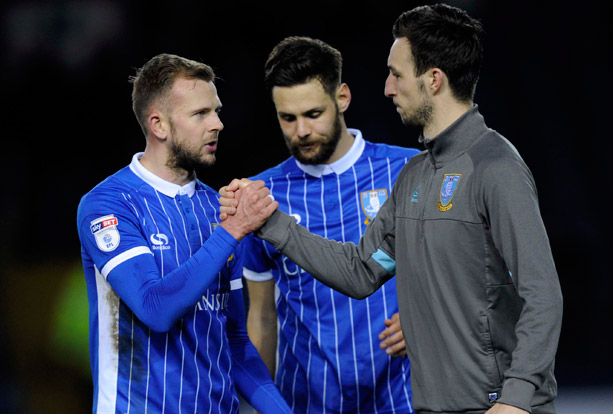 Rhodes will now join up with the Scotland squad, along with Wednesday teammates Barry Bannan and Steven Fletcher, for the games v Canada (22 March) and Slovenia (26 March).

The Owls will then resume their Championship campaign on Saturday 1 April against the Reds at Oakwell and Rhodes added:

“We have got to keep going, we don’t feel sorry for ourselves, I thought we were unlucky against Reading and hopefully over the next eight games, the luck will go in our favour.

“I enjoy club football, the training, the games but we have a two-week break now. It will give us a chance to dust ourselves down and get rid of some of the bumps and bruises that we have.

“We’ll regroup, we want to come out of the blocks fast against Barnsley, a tough team, a local derby of which I’m sure it will be good to play in.”