Wednesdayite Jesse Webb, aged 101, was at Portman Road last week to watch as the Owls confirmed their place in the play-offs for the second year in a row.

He has been a lifelong Wednesday supporter, attending his first match against Barnsley in 1923 aged eight years old!

Jesse, who now lives in Suffolk, came to watch the Owls regularly until his nineties, his all-time favourite player is Wednesday’s most capped outfield England international; Ernest Blenkinsop.

His other heroes include prolific forward Redfern Froggatt, who is Wednesday’s third highest goalscorer, and England shot-stopper Ron Springett. 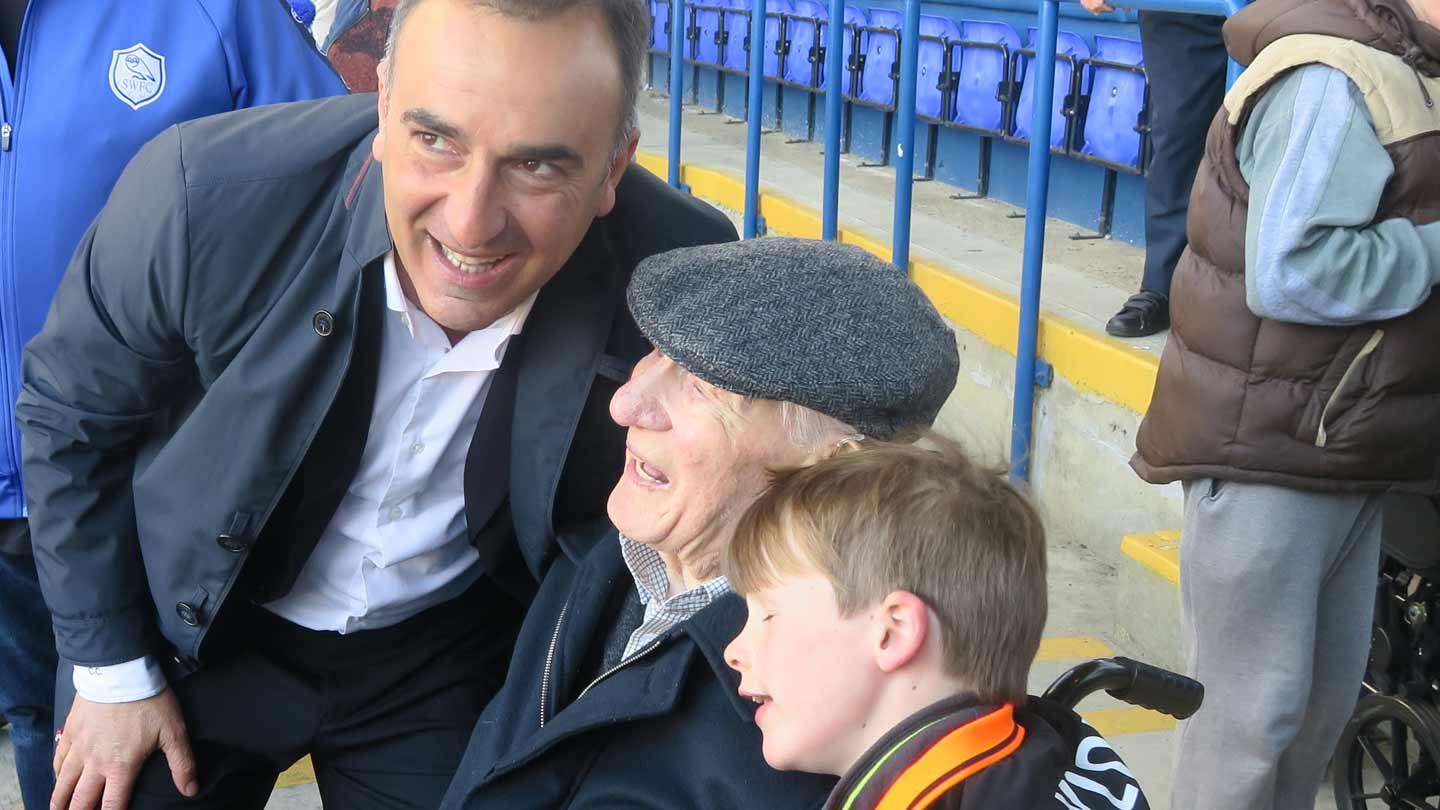 There were four generations of his family at Ipswich on Saturday and he met with head coach Carlos Carvalhal after the 1-0 victory.

His great-grandson Joshua, aged six, sat by his side to see the Owls cement a play-off spot and both were delighted as the youngster’s favourite player Kieran Lee scored the all-important winner.

Thank you for your continued support Jesse!