The Owls Under-23s’ fantastic season goes on as the youngsters booked their place in the play-off final with a 2-1 win over Millwall on Monday at Hillsborough.

Over 1,000 supporters were in attendance for the 7.00pm kick-off, which saw George Hirst’s double fire Wednesday into the final, where they will face Hull.

Neil Thompson's side started brightly and almost went ahead inside the first minute as Fraser Preston centred for Franck Betra, who directed his header just over the bar.

The Owls then made the all-important breakthrough, as George Hirst dispatched confidently from Jack Stobbs’ low cross.

The visitors went close to a leveller midway through the half when Mason Saunders-Henry’s header was comfortably saved by Cameron Dawson.

The Lions levelled on the half hour mark as Jamie Philpot got on the end of a long punt upfield to clip cleverly over Dawson.

Matt Penney hit a sweet strike from just outside the box, Millwall goalkeeper Ryan Sandford spilled into the path of Hirst, who fired high into the roof of the net. 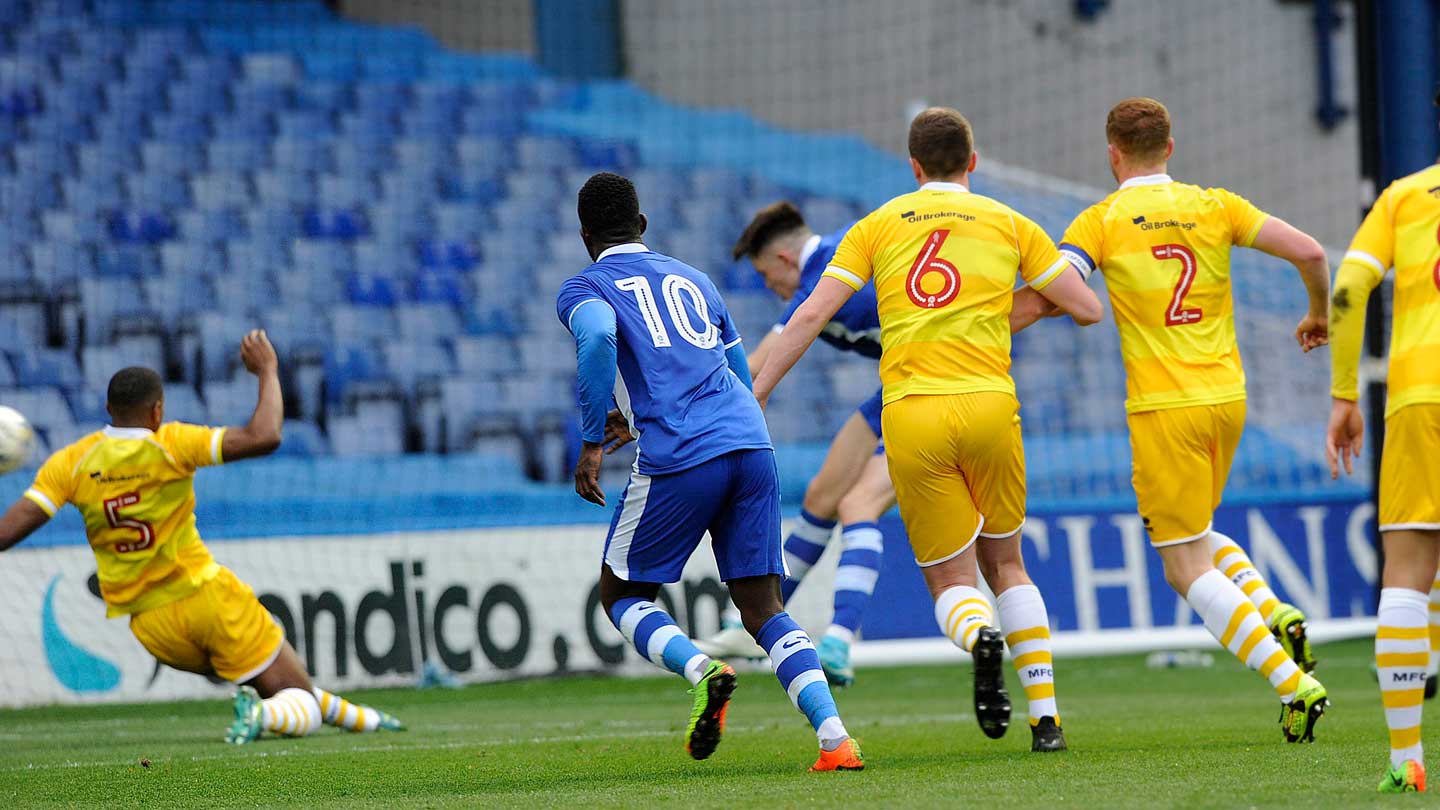 The visitors came out for the second half rejuvenated and created the first opening with Harry Smith bearing down on goal before being stopped in his tracks by a well-timed Liam Williams challenge.

Wednesday then almost struck on the counter only for Jack Stobbs to be denied from six yards by a superb stop from Sandford.

What unfolded was a nervy finish for the Owls and with five minutes stoppage time signalled, Millwall went in desperate search of a leveller that would send the game to extra time.

Danny McNamara fired goalwards but Dawson was equal to the test, before saving again with his legs in the final minute to keep out Philpot from the free kick.

Wednesday will face the Tigers in the final at Hillsborough.