The Owls Under-23s strengthened their position at the top of the PDL2 with a 1-0 victory over Hull City at The KCOM Stadium on Saturday evening.

Warren Clarke struck the game’s only goal three minutes before the break and it proved enough to seal an impressive win for the in-form Owls youngsters.

For Clarke, it was his second goal in as many games with the midfielder also registering in the Owls’ 2-0 win over Huddersfield last Monday.

Owls captain Connor O’Grady was sent off in the final minute but the ten-men of Wednesday held on to make it three straight league wins.

Following a low key opening 15 minutes, the game sprung into life with chances at both ends.

First, the Tigers were denied by a fine piece of goalkeeping from Dan Wallis, as the Wednesday shot-stopper kept out Tyler Hamilton’s low effort.

The same man went close again for the hosts but curled wide inside the area before the Owls responded with Connor Kirby hitting the target from range, forcing a good stop from Will Mannion.

Tom Powel then nodded over the crossbar as the hosts searched for the opener but on 42 minutes, the visitors hit the front with Clarke on target to extend his purple patch.

Tigers striker Keane Lewis-Potter’s effort was comfortably stopped by Wallis moments after the restart as a close-fought second half battle unfolded. 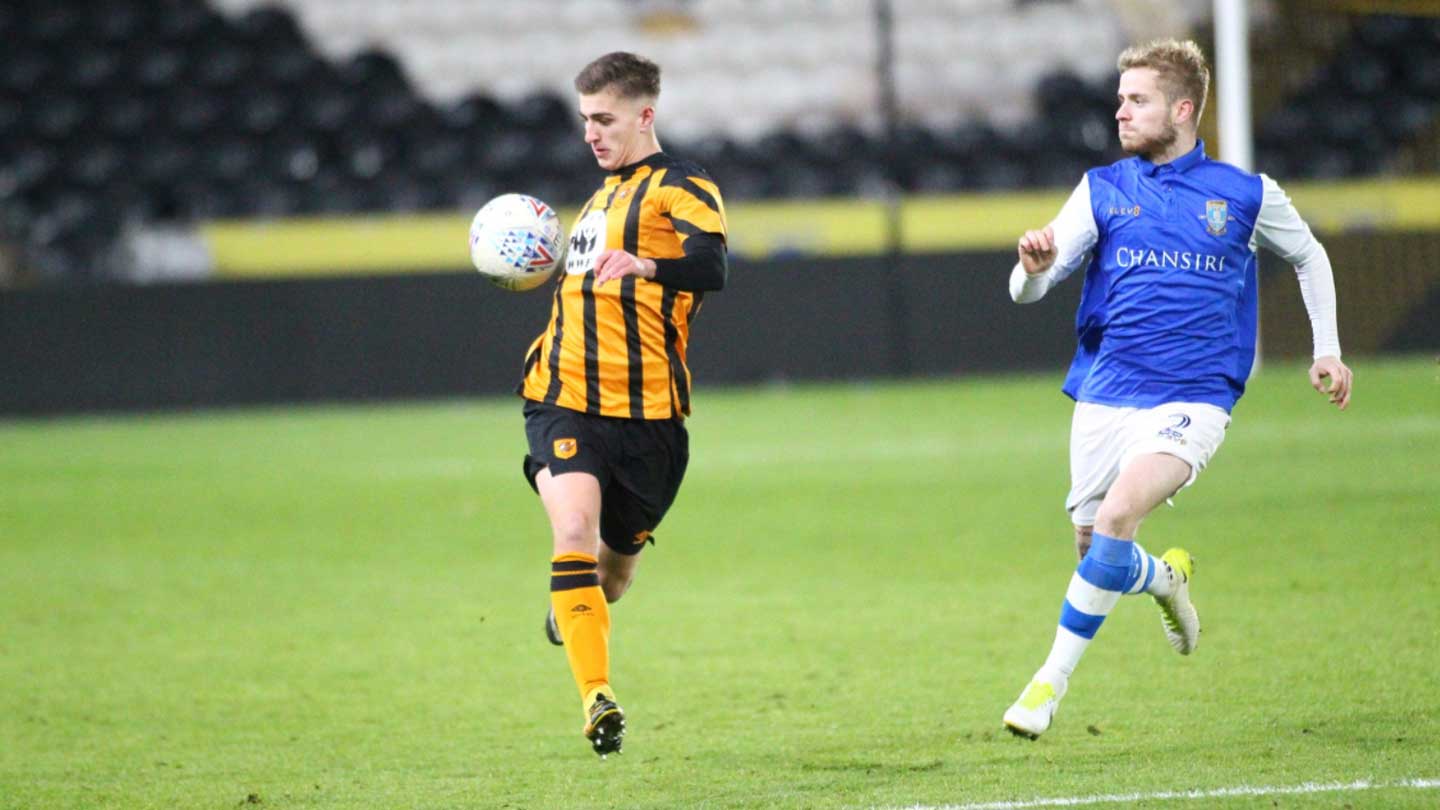 With chances at a premium, the next goal was always likely to prove key and it almost went Wednesday’s way just past the hour when Preslav Borukov fired over the bar inside the box.

The Owls were dealt a blow in the final minute as O’Grady was issued a straight red for his challenge on Hamilton.

With the numerical advantage but trailing 1-0, the pressure naturally came from the Tigers as the Owls battled to hold on to their lead in the four minutes of added time.

Wallis pushed away a late, late effort from Hamilton and was first to react to clear the loose ball with Greg Luer ready to pounce on the rebound.

A superb travelling triumph for Neil Thompson’s side, who remain clear at the top of the table with a home clash against Yorkshire rivals Leeds next-up on Monday 27 November.