Wednesdayite John Birch was delighted to win the Owls Foundation’s quarterly prize of £5,000.

John has supported the Owls Foundation since its launch back in 2003 and received his giant cheque ahead of last Sunday’s home game against Leeds.

The lifelong Owl has followed his beloved team for no less than 50 years, visiting no less than 86 grounds in the Football League, with his first game coming against Fulham way back in 1967. 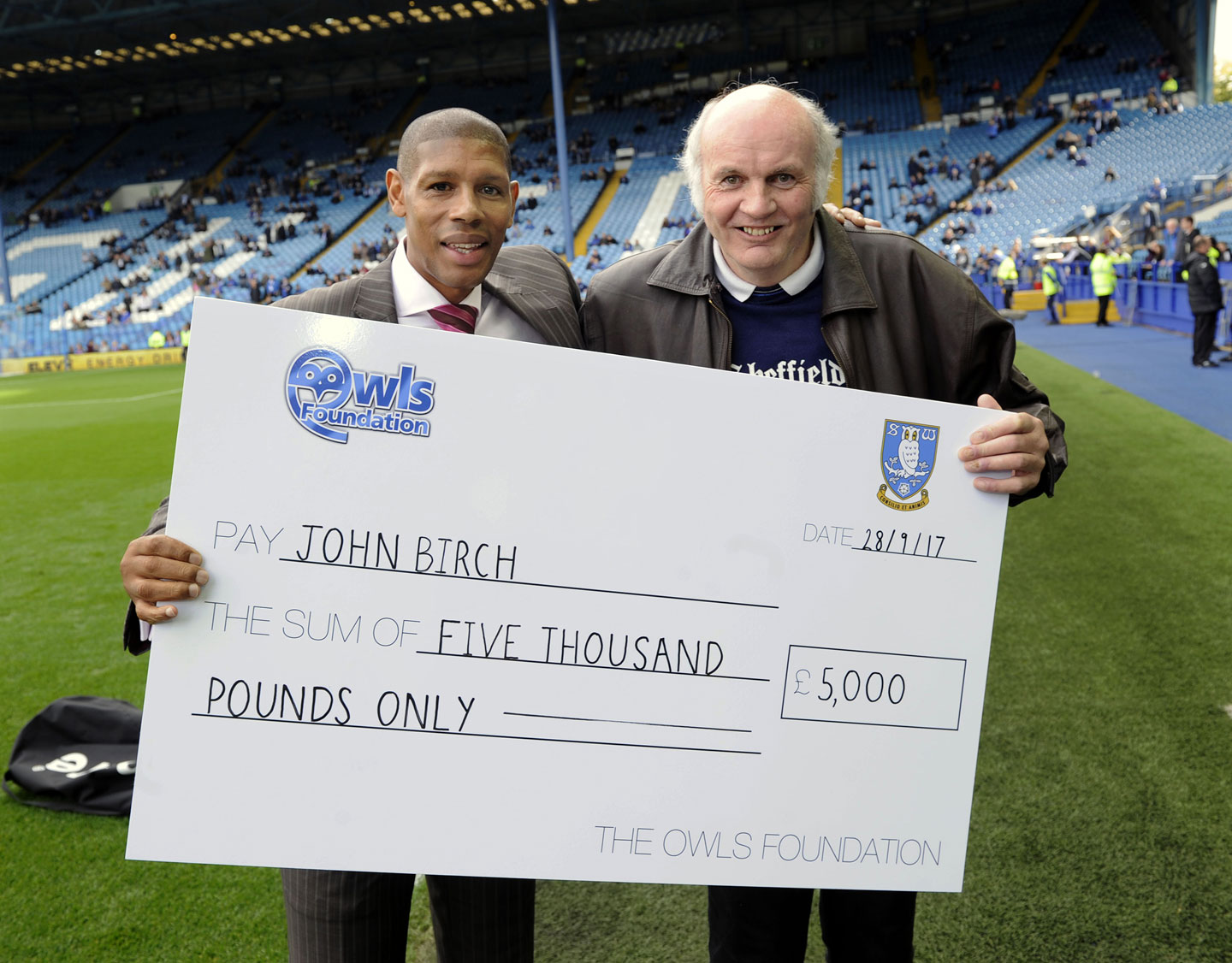 John said: “I have no plans on spending my winnings and will be saving the money for a rainy day!”

The Owls Foundation raises funds to support the development of young players at the Sheffield Wednesday academy, offering weekly cash prizes along the way.

The Owls Foundation would like to thank John for his support over the years!