An early penalty from Matej Vydra and late hit from Bradley Johnson decided an entertaining but controversial clash as Derby beat ten-man Wednesday 2-0.

Glenn Loovens’ comeback ended after just five minutes when he was sent off for bringing down Vydra in the box and the Czech forward got up to convert from 12 yards.

Wednesday regained their composure to give an excellent account of themselves against the in-form Rams but fell short of finding that crucial goal.

And on 86 minutes with the Owls pressing forward, the hosts made the points safe as substitute Johnson swivelled to drill home.

Carlos Carvalhal’s side had to overcome the worst possible start as they suffered a double blow with the contest barely underway. 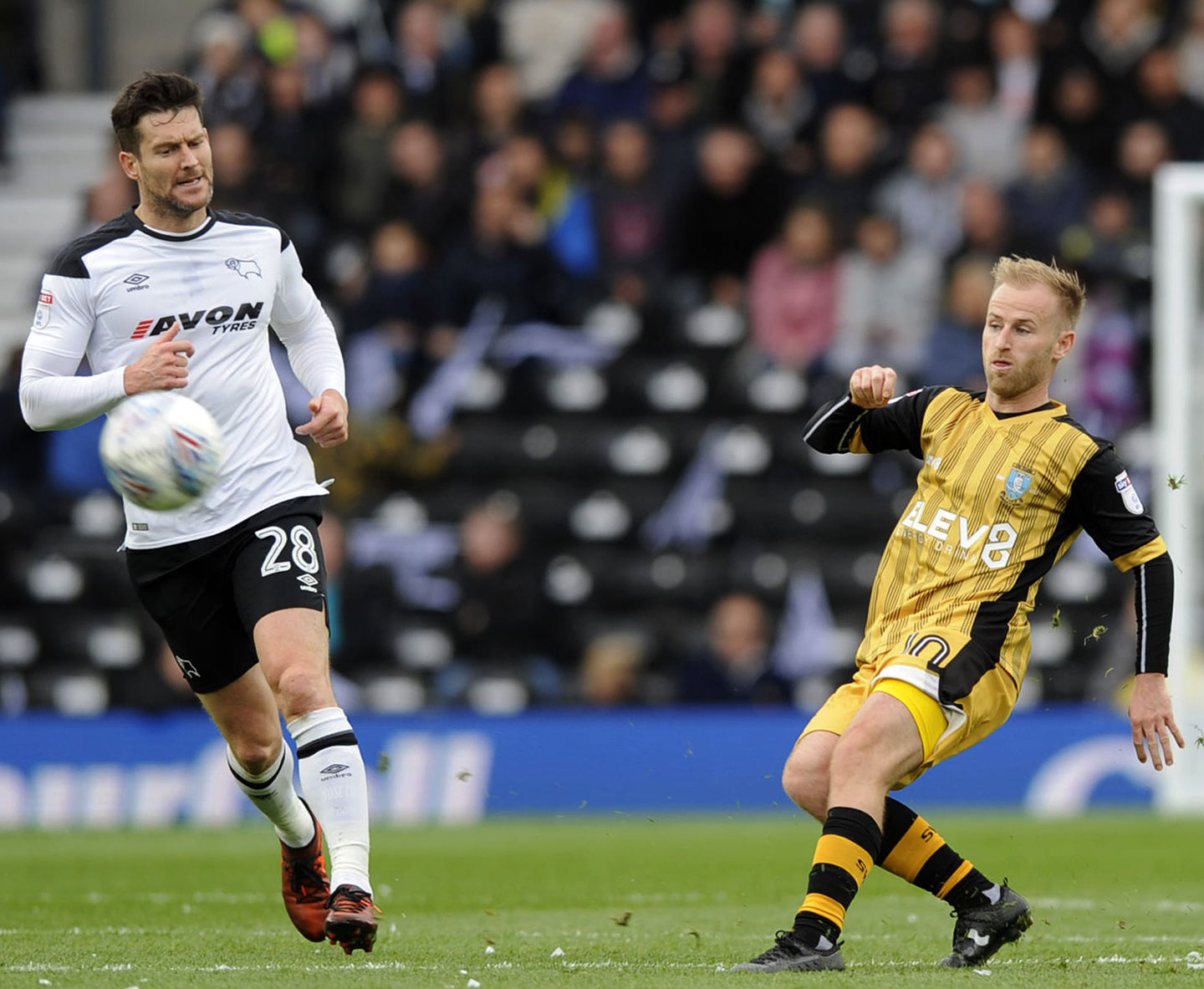 After Johnny Russell threaded through to Vydra, Loovens tangled with the striker, who went to ground just inside the penalty area.

The referee pointed to the spot and to compound matters issued a straight red card to the Owls captain.

Vydra took the kick himself and sent Keiren Westwood the wrong way to open the scoring.

It might have been 2-0 ten minutes later when Tom Lawrence burst in on goal and dinked over Westwood but the ball struck the post and Kieran Lee cleared the danger.

The Owls regrouped, though, and went on to enjoy a promising spell of possession as the first half unfolded.

Gary Hooper was denied at the last by Curtis Davies and the Wednesday hitman then fired just over after a neat five-man move.

Steven Fletcher went agonisingly close with a downward header that bounced just wide as the Owls hunted an equaliser and just before the break, Fletcher went down under a challenge from Craig Forsyth but the referee waved away the penalty appeals. 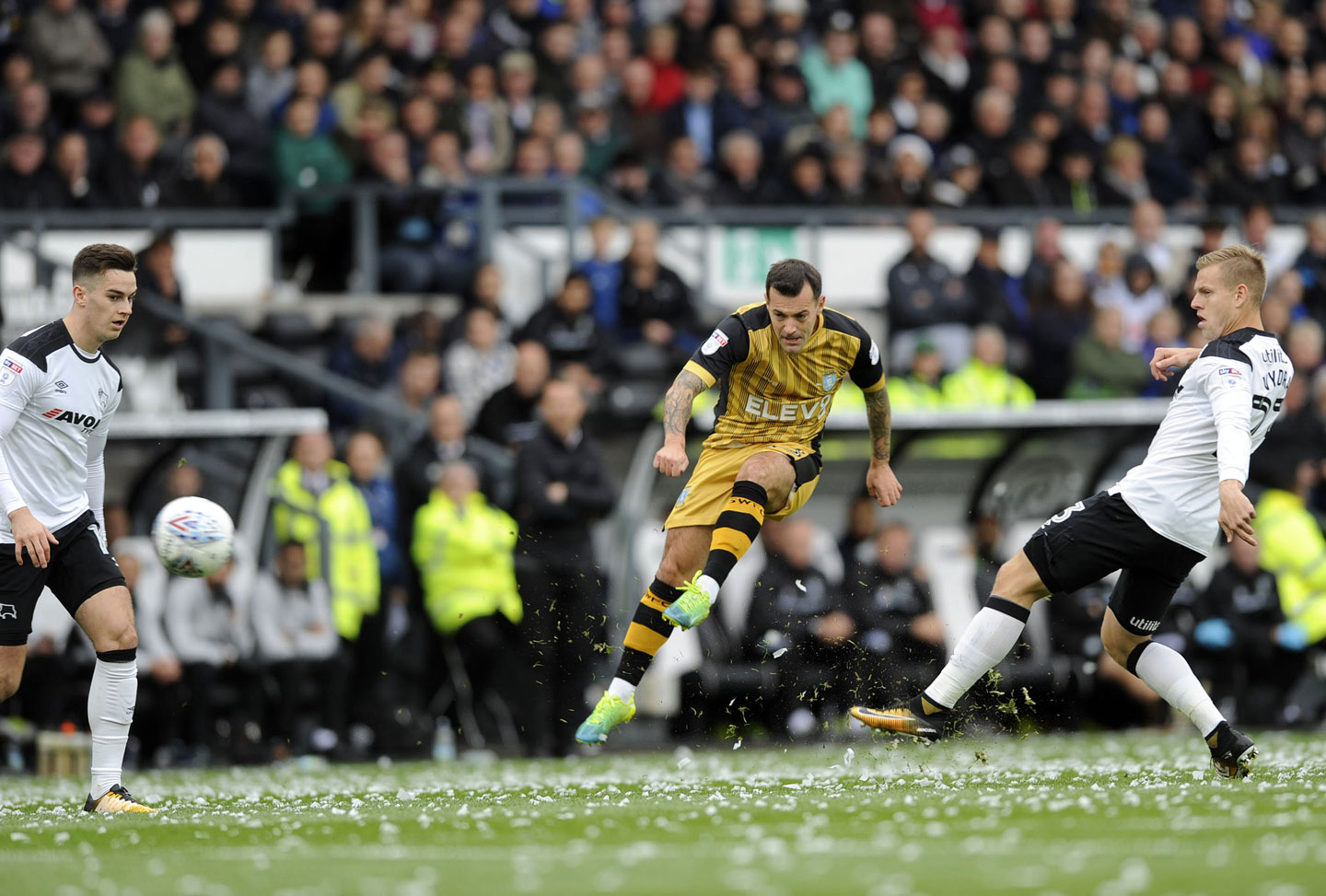 Derby responded with a Russell piledriver from distance that Westwood did well to parry wide and that proved the last action of a lively opening period.

The Rams responded in the early throes of the second half and Vydra failed by a whisker to get a connection on Russell’s curling cross before Westwood charged out to save at the feet of the latter.

At the other end Scott Carson dived athletically to thwart Barry Bannan as Wednesday managed the numerical disadvantage to their credit.

They bossed the ball for much of the second half, forcing the home side into errors, with substitute Lucas Joao proving a handful.

But all that counted for nothing as Derby doubled their advantage four minutes from time.

Russell threaded to Johnson, who turned to fire hard and low past Westwood to settle the destiny of the points.