Monday evening at Ponds Forge saw the Wednesday family come together to celebrate the milestone anniversary.

In what was the club’s exact birthday date – 150 years to the day – 4 September 1867, and hundreds of supporters, legends, ex-players, current staff, the chairman and many more packed out Ponds Forge to celebrate and create a special occasion that will live long in the memory.

Impeccably hosted by BBC Sport’s Mark Clemmit, the night kicked off at 7.30pm with an emotive video of Wednesday through the years on the big screens, which included the incredible footage of the live Owl swooping through the stadium, accompanied by some of the best memories from times gone by.

Owls chairman Dejphon Chansiri then addressed the room with a rousing speech that had everybody on their feet and set the tone for a wonderful evening ahead. 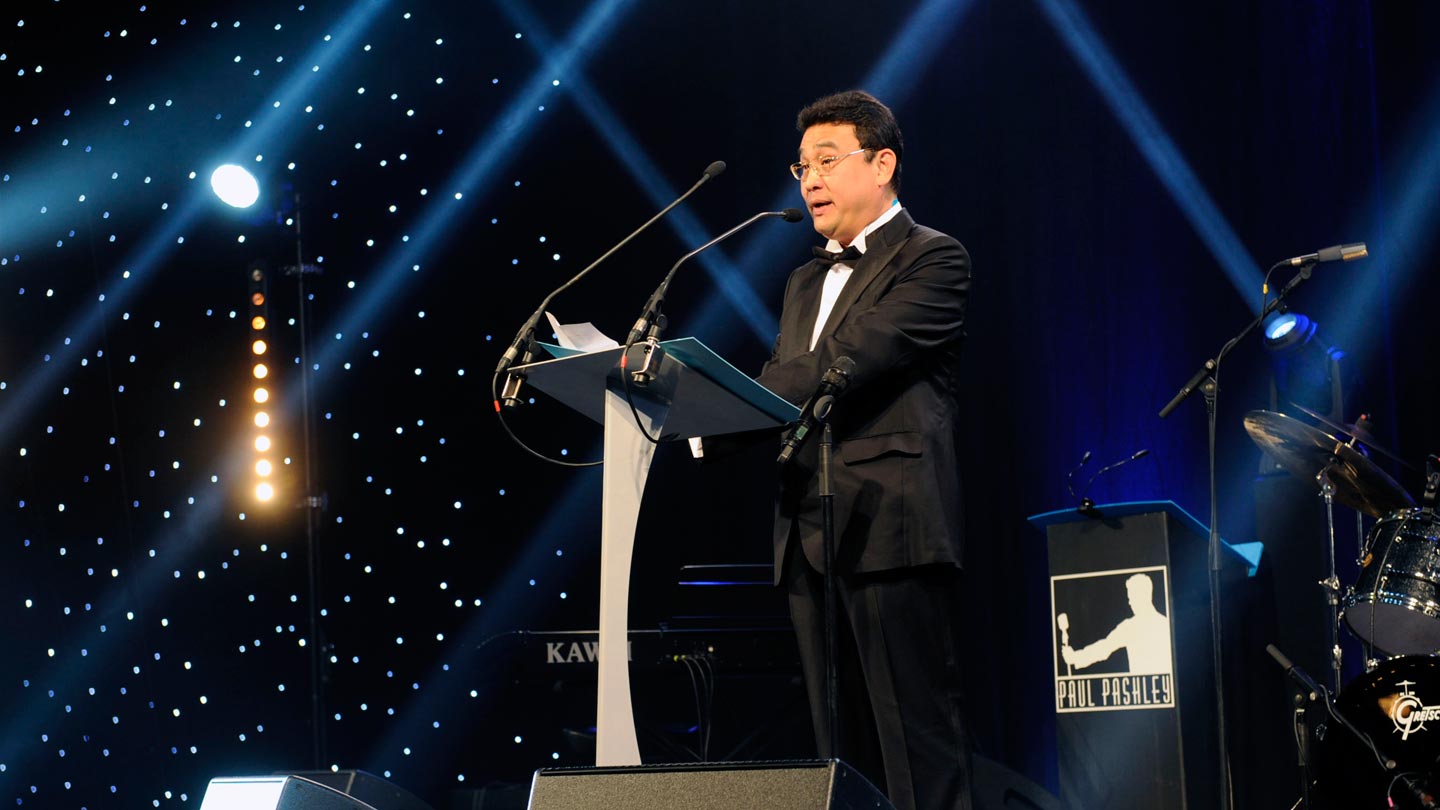 From current chairman to one from the past, Howard Wilkinson was the first guest to be welcomed onto the stage.

Of course, the only man in history to play for, manage and chair Sheffield Wednesday, made him a fitting first football guest of the evening!

Continuing the theme, although unable to make the night, Milan Mandaric’s pre-recorded video message was played on the big screens. Watch his message here:

Topics of discussion included his acquisition of the club in 2010 and, of course, promotion in 2012.

Following the dinner services, the show resumed with a very special SWFC commissioned piece of art that pays tribute to the past 150 years.

Built up all throughout the summer, Australian artist Jamie Cooper has been hard at work producing the ‘Sheffield Wednesday Dream Scene’ and the grand reveal took place on the night.

Jamie flew over 9,000 miles to be with us and talk us through his extraordinary work. 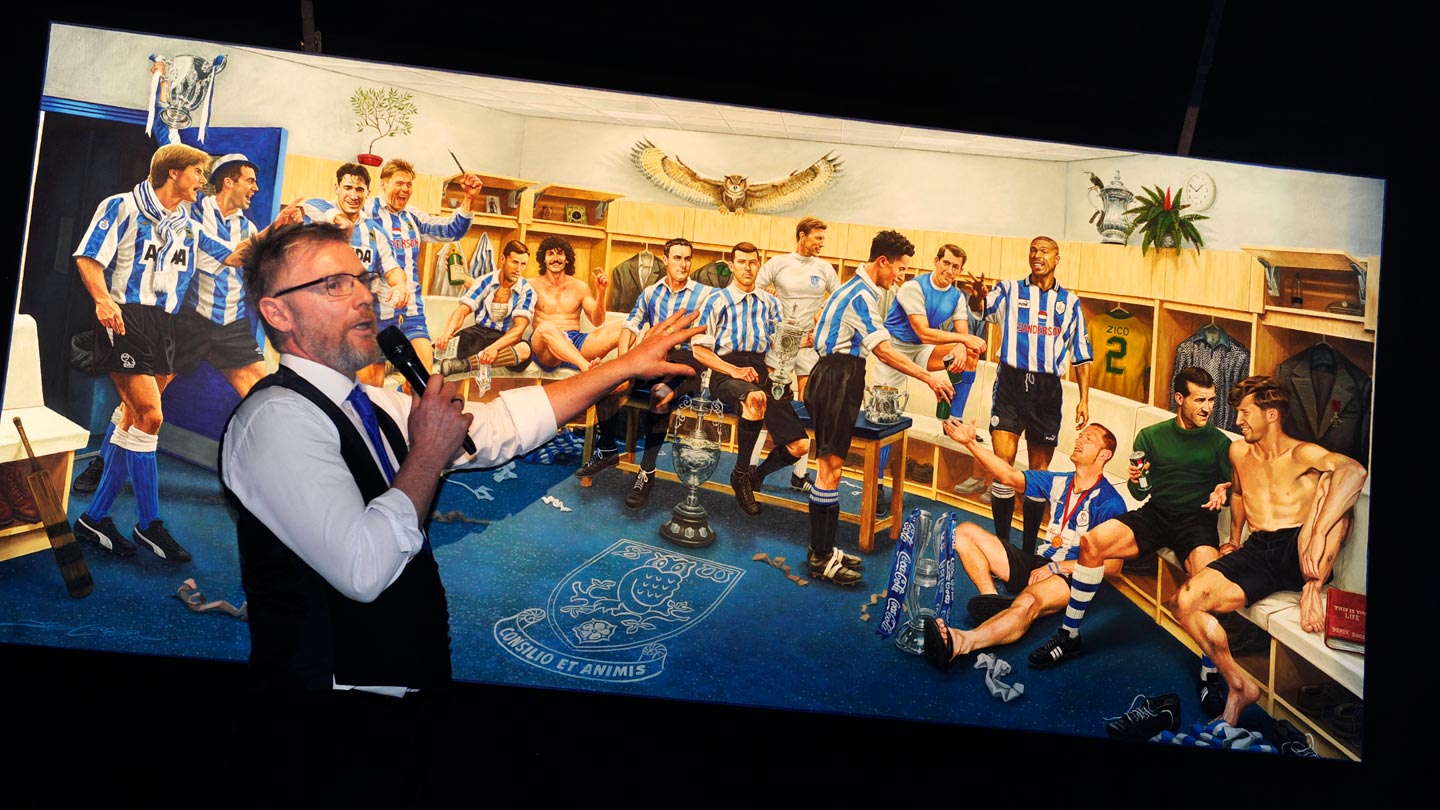 Attention turned to the ex-Owls with us on the night as Mick Lyons began a round of interviews on stage with our host.

Lyons made 129 appearances for Wednesday and captained the club to promotion in 1984. He also flew over from Australia to be with us in Sheffield.

Derby double boss Brian Laws spoke passionately of his time in the Hillsborough hot seat and recalled the feeling of defeating the Blades home and away in the 2008/09 season.

Chris Waddle made his way to the stage with Owls fans in attendance on their feet to salute the Wednesday legend.

Chants of ‘there’s only one Chris Waddle’ echoed around the venue before he spoke of his pride at representing the Owls, former team mates and that FA Cup semi final strike!

Waddle was then joined on stage by Mark Bright, team mate and fellow FA Cup semi final goalscorer against the Blades in 1993.

There was also a special mention for former Owls midfielder Andy Blair in the audience, whose son Ross – a big Wednesdayite – recently passed away.

All the way from the USA, John Harkes joined us on stage and was on top form as he recalled the cup finals, promotion and much more. 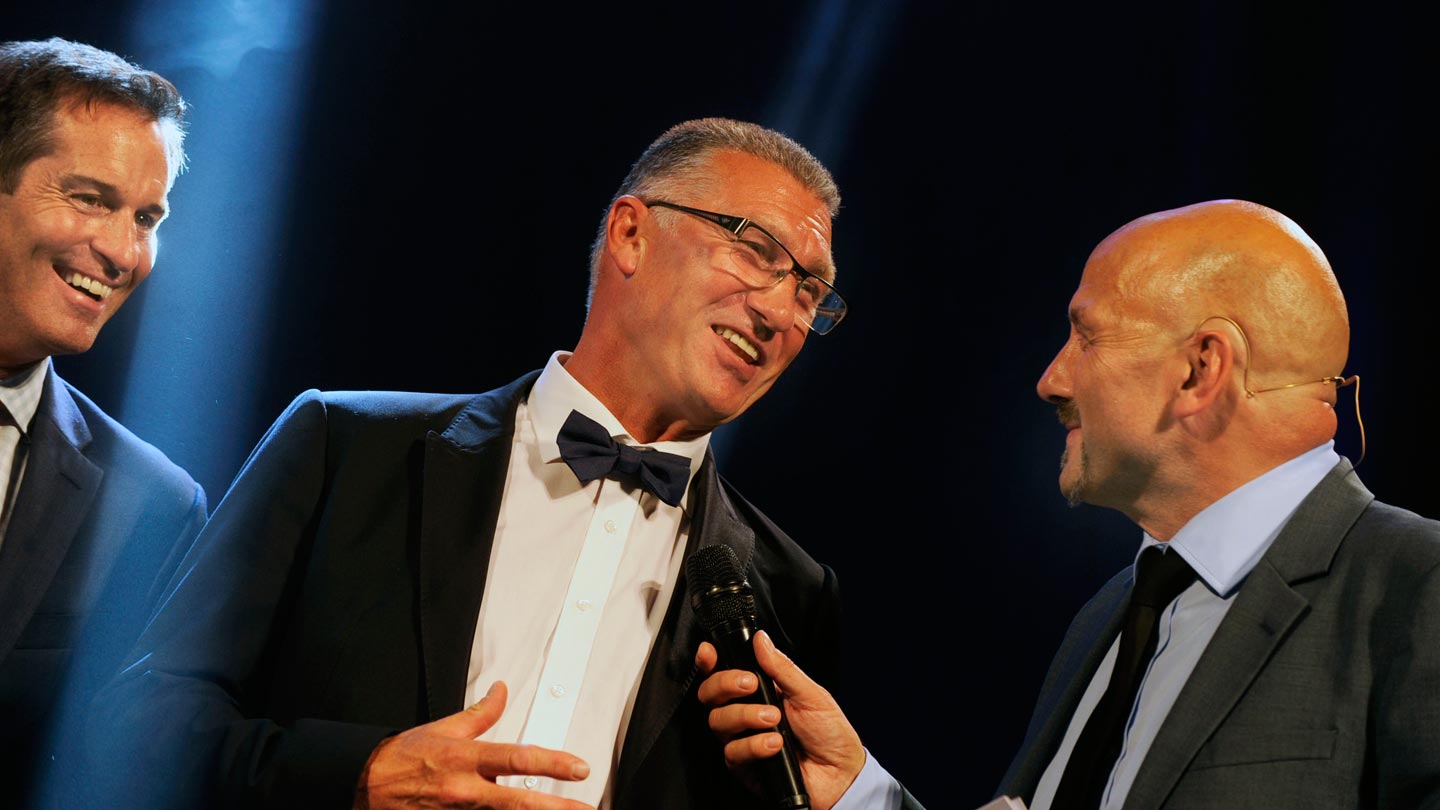 Something of an early 90s theme rounded off the night, Harkes was joined on stage by ex-skipper Nigel Pearson, 1991 League Cup final goalscorer John Sheridan, a video message from Roland Nilsson, followed by Ron Atkinson.

Bringing us to the present, head coach Carlos Carvalhal closed the show on stage and Sheffield Wednesday would like to thank everyone who came together to play a part in the club’s 150th anniversary over the weekend, with good wishes online from all around the world. 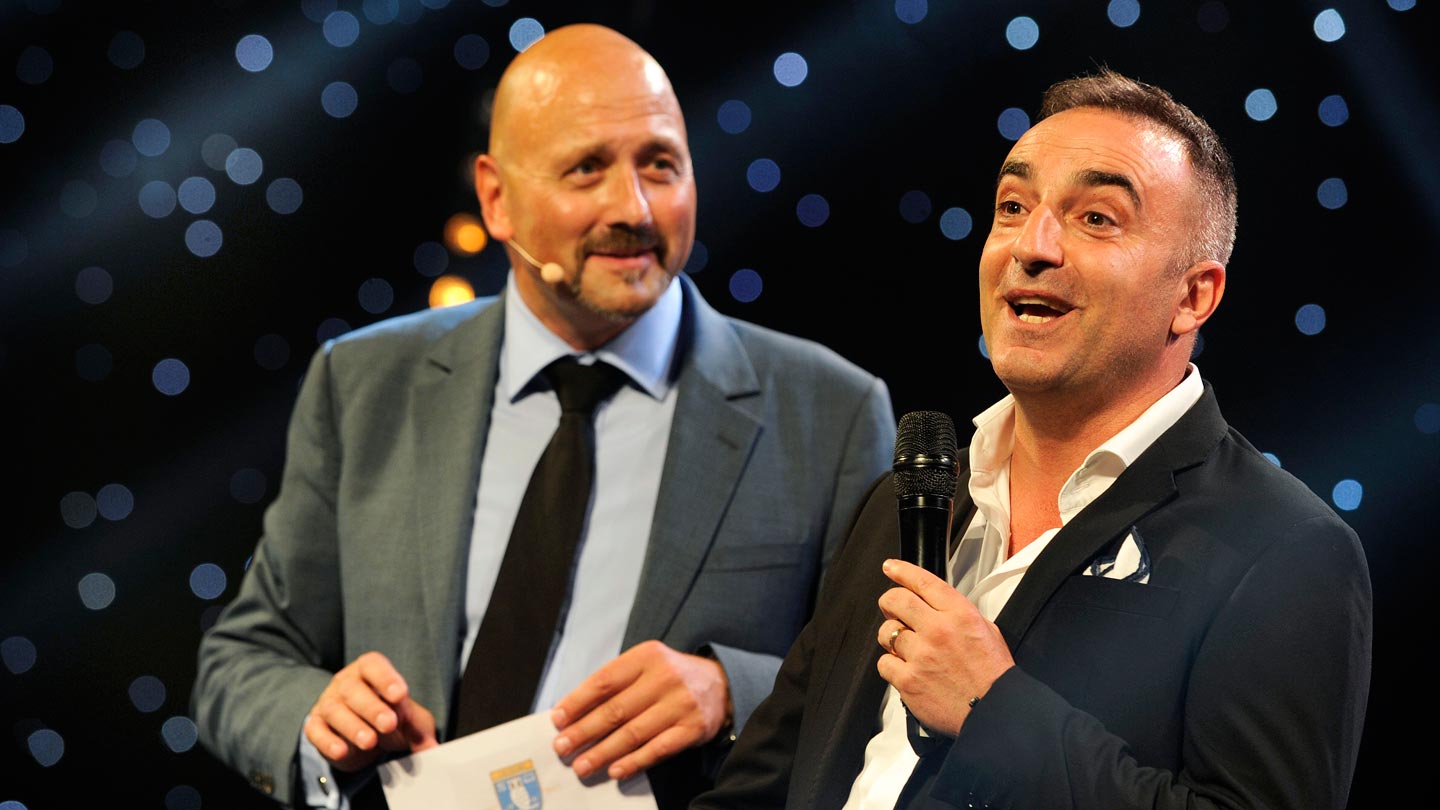