The football world takes note when the two Sheffield sides come together for one of the most hotly contested derbies in English football.

Ahead of Sunday’s clash, swfc.co.uk takes a look at just a few of the players who have crossed the divide and played for both the Owls and the Blades. 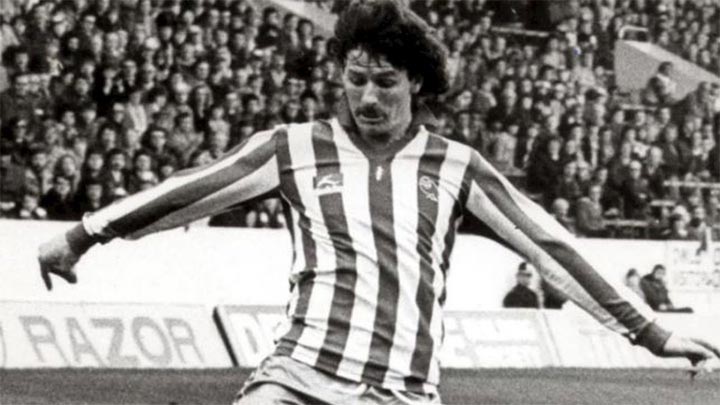 The flamboyant winger dropped down two leagues to join the Owls, then playing in Division Three, in 1979.

Altogether, Curran played 138 games for the Owls, scoring 39 goals, 24 of which came in his debut, promotion-winning, season at Hillsborough. 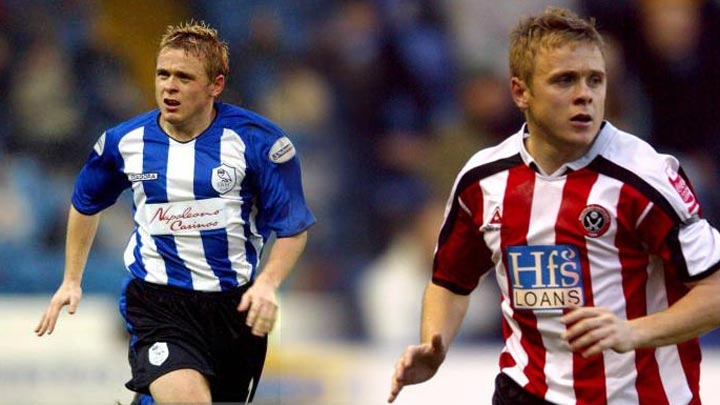 The Republic of Ireland full back joined the Owls in 1997 from his schoolboy club in Dublin and made 127 appearances for Wednesday.

He was also named as the Owls Player of the Year for the 2001/02 campaign.

Following a short spell with Stockport in 2004, Geary made the move to Bramall Lane, where he remained for six years until leaving the club in 2010.

Geary made 115 appearances for the Blades. 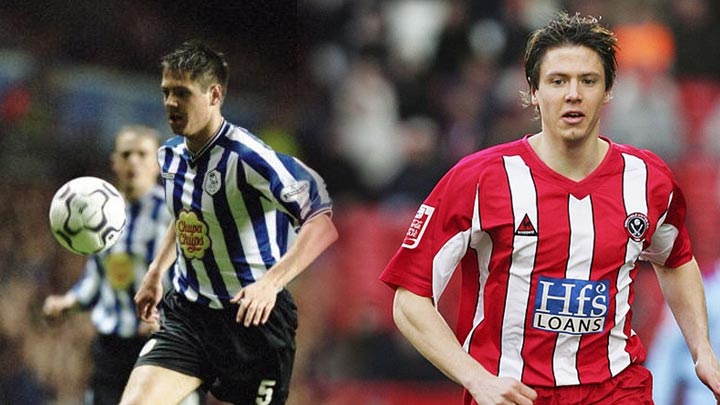 The defender progressed through the Owls academy and following a loan spell with Mansfield, made his Wednesday debut in December 2000.

Bromby made 120 appearances for the Owls.

After a brief loan spell with Norwich in 2003, Bromby joined city rivals United in summer 2004 and made his Blades debut in August 2004 against Burnley at Turf Moor.

He left Bramall Lane in 2008 to join Watford before re-joining the Blades on loan in 2009 and made the move permanent at the end of the season, signing a two-year deal.

In total, Bromby made 140 Blades appearances. 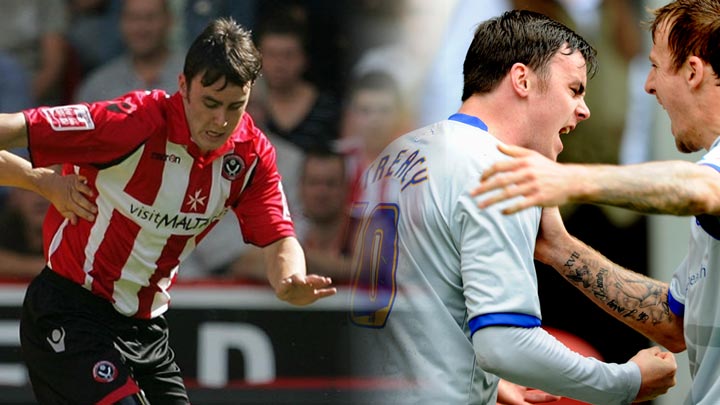 The talented winger made 17 loan appearances for Sheffield United from Blackburn between July and December 2009.

Treacy went on to enjoy spells with Preston and Burnley and it was during his time with the latter that he made seven Owls appearances on loan in 2011/12.

The Irishman played a key role in Wednesday’s promotion from League One, scoring a vital goal in the Owls' 2-1 win away at Brentford in the penultimate league game. 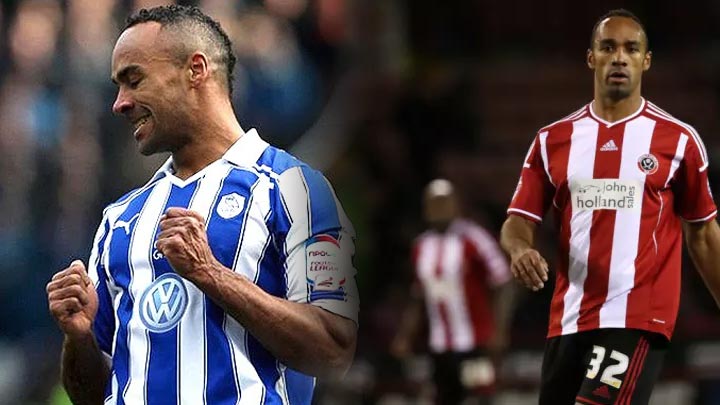 The bustling striker scored seven goals in the Owls’ 2011/12 promotion campaign, including two against the Blades.

O’Grady posted 60 appearances before joining Barnsley on loan in January 2013 and that move became permanent the following summer.

The striker’s hot form with the Reds earned O’Grady a move to Brighton in July 2014, where he made his debut against the Owls in their 1-0 home defeat, courtesy of a Giles Coke stunner.

In November 2014, with chances limited at The Amex, O’Grady moved to Bramall Lane on loan and made four appearances for United, scoring one goal. 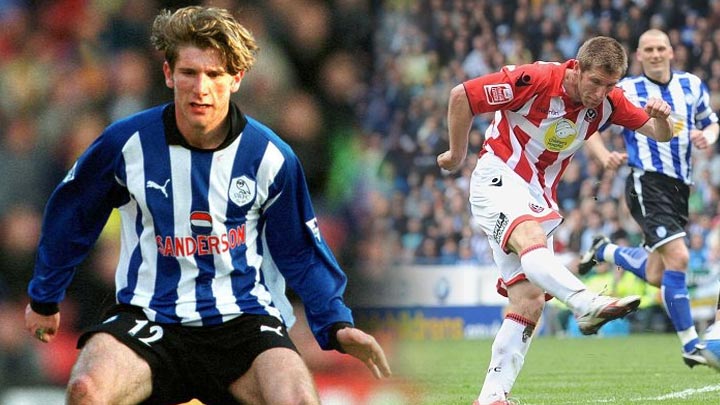 After success with York City, the striker signed a four-year deal with the Owls in the Premier League.

Recruited by former Owls (and to be future Blades) boss Danny Wilson, Cresswell put pen to paper on the deal in March 1999 and scored his first top flight goal in a 1-0 win over Liverpool at Hillsborough on 8 May 1999.

He made 36 Owls appearances, chipping in with three goals.

During the 2009/10 campaign, Cresswell – then with Premier League side Stoke – moved to the red and white side of Sheffield on loan in September 2009.

His move proved one of success, as the striker plundered 14 goals in 34 games. The deal became permanent in January 2010.

Cresswell’s career went full circle in March 2013 when he joined York on loan after making 141 Blades appearances and scored 30 goals. 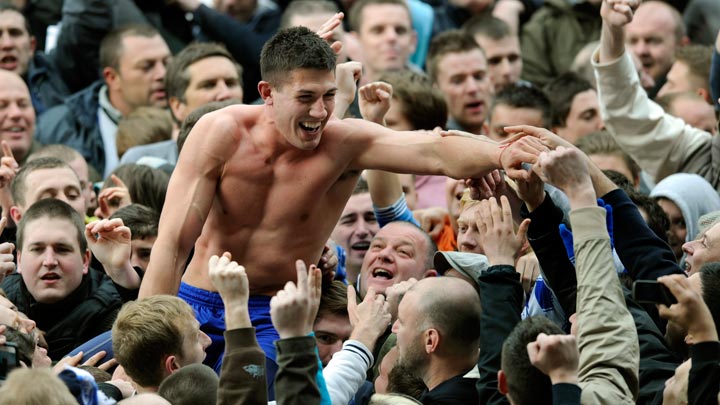 The central defender had the briefest of loan stints at Bramall Lane from Wolves, making just one substitute appearance, coming off the bench in the 89th minute in United’s 1-0 win over Swansea in December 2010.

His impact at Hillsborough was much more telling. Batth moved to Wednesday on loan in March 2011 and then spent the entire 2011/12 campaign on loan.

Batth made 49 Owls appearances in the club’s memorable promotion from League One. 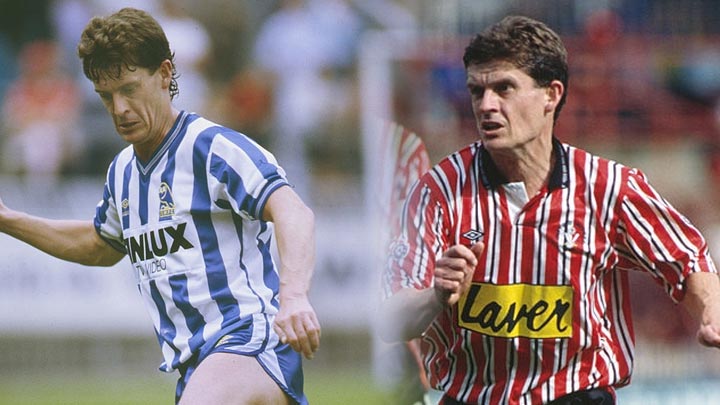 The winger signed for the Owls in 1984 from Hull City ahead of their first season back in the top tier of English football.

After four years at Hillsborough and over 130 appearances, the tricky winger signed for Arsenal in 1988.

Following two years in North London, Marwood returned to Sheffield, this time with the Blades.