The Owls have earned a GUINNESS WORLD RECORDS® title for having produced the Largest cake ball in the world.

During the club’s Owls in the Park 2017 event to mark our 150th anniversary, Wednesday’s catering team, led by head chef Rob Cox, built the huge structure in the 1867 Lounge at Hillsborough. 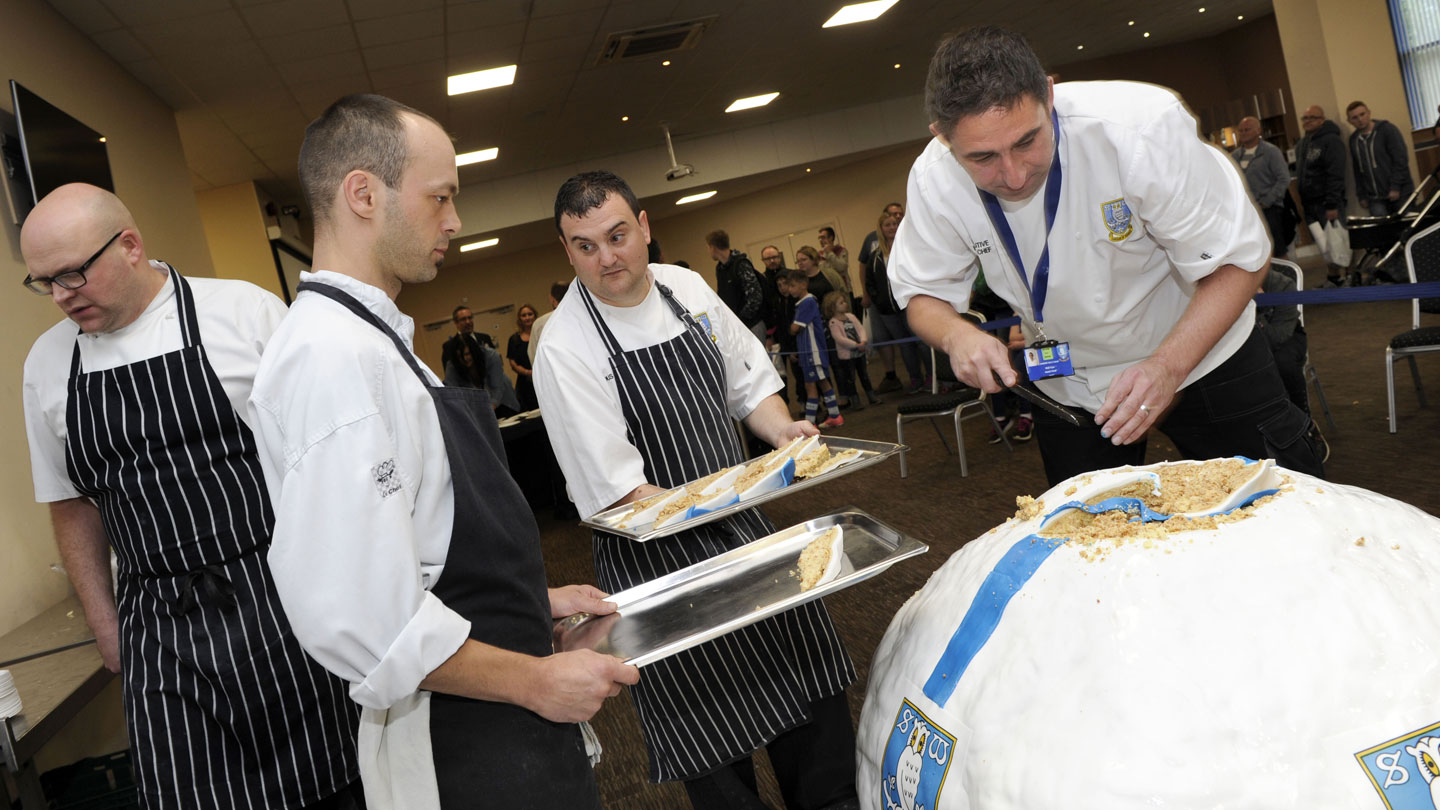 The previous record weighed in at around 50kg, while the Owls’ attempt smashed that number and then some by presenting a spherical cake weighing in at a huge 285kg.

To complete the record, the cake was then cut up and handed out to supporters throughout the day - even the Wednesday players were given slices to try as they signed autographs in Hillsborough Park!

Wednesday would like to thank all supporters who helped us to achieve the record and helped make Owls in the Park 2017 a day to remember.