Alex Hunt’s nomination for the Sky Bet Championship Apprentice of the Year award underlines the achievements of the Owls Under-18s skipper this season.

The 17-year-old has enjoyed a terrific campaign both on and off the pitch.

The youngster signed his first professional contract with Wednesday in February and received the nomination for Apprentice of the Year ahead of the EFL Awards 2018, which took place on Sunday 15 April.

Although the award went to Fulham ace Ryan Sessegnon, Owls academy coach Ben Wilkinson says Hunt can be proud of an ‘outstanding year.’ 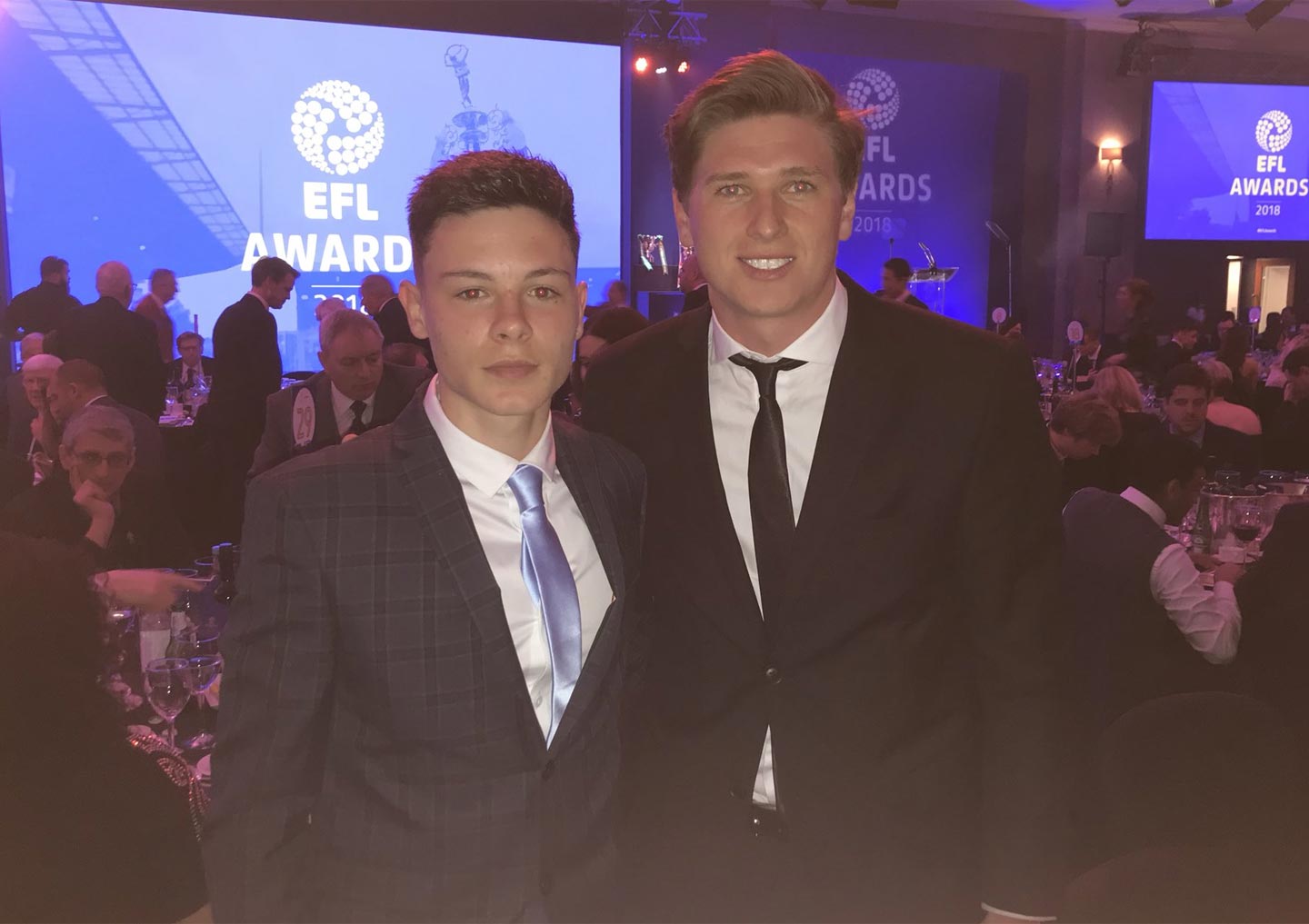 He said: "Alex has done great, he has been with us for a long time and has progressed superbly. He joined us when he was eight and has always been a real talent.

“Off the pitch, he’s been a real example to the other boys as well.

“The values that we want to promote and him leading the dressing room in that respect is credit to him and I’m sure there is more to come from Alex.

“His football has been outstanding this year, certainly in the last few months he has kicked on and deserved that professional contact without doubt.

“He has driven this Under-18 team and is becoming ever more involved with the Under-23s, which is great to see.”

Pictured above is Hunt alongside Adam Reach, who was nominated for the Sky Bet Championship Goal of the Year award.

Reach’s stunning strike against Aston Villa in November was a strong contender in the final five but the prize went to Luton Town’s Olly Lee after a vote on the night.