Joe Wildsmith addressed the media with a determined edge on Wednesday morning at Middlewood Road.

The talented shot-stopper has set himself the challenge of doing all within his powers to earn back his starting spot between the sticks.

The decision was taken after pre-season that fellow academy product Cameron Dawson would start the campaign in the Championship and Wildsmith in the cups.

Naturally disappointed not to have been involved so far, Wildsmith will feature against Sunderland in the first round of the Carabao Cup on Thursday and knows the importance of this opportunity.

He explained: “The gaffer told us in pre-season it’s all to play for. Work hard, do what you do and he’ll make a decision after pre-season.

“He’s made that decision now and obviously that was disappointing for me but I’ve just got to get my head down and work as hard as I can. 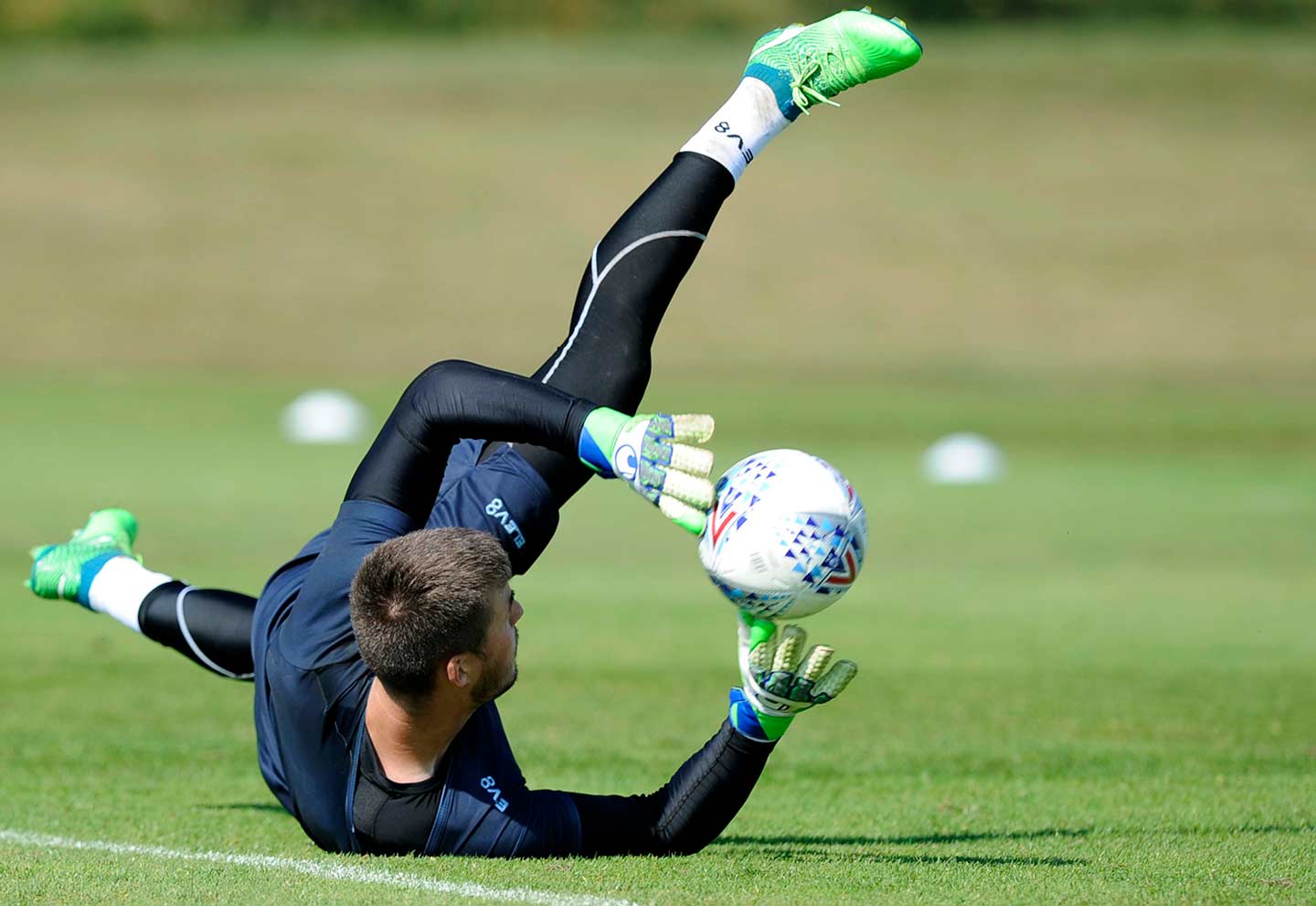 “I’ve got an opportunity with this game, I’ve got to go out, show what I can do and hopefully I can affect the manager’s decision.

“I know I need to work hard, to train well and whoever is working the hardest, whoever is playing the best and putting that extra work in, it all helps.

“It’s down to the gaffer and I can only do my best in all those situations.”

The Owls posted their first point of the season on Saturday but with focus on the cup tomorrow, the 22-year-old believes a victory and progression to the next round can have a profound effect moving forward.

“It’s been a tough start but we obviously got a point on Saturday and it would be great to get that winning feeling back,” he said.

“Winning matches changes a lot of things. Coming in after winning a game is completely different than after losing one, there is a buzz around the place.

“If we can get that winning feeling, it can only benefit us going forward.”