Michael Hector scored the decisive goal just past the hour to finally topple a resilient rearguard from Lancashire.

The visitors were forced into retreat mode when Ben Pearson was sent off in the first half for dangerous play.

And Wednesday duly grasped the mettle and emerged with a much-needed three points.

Bullen made five changes from the Swansea defeat last time out, including Keiren Westwood, who made his maiden start this season.

Westwood enjoyed a quiet return with little to do but did post a clean sheet as his side returned to winning ways. 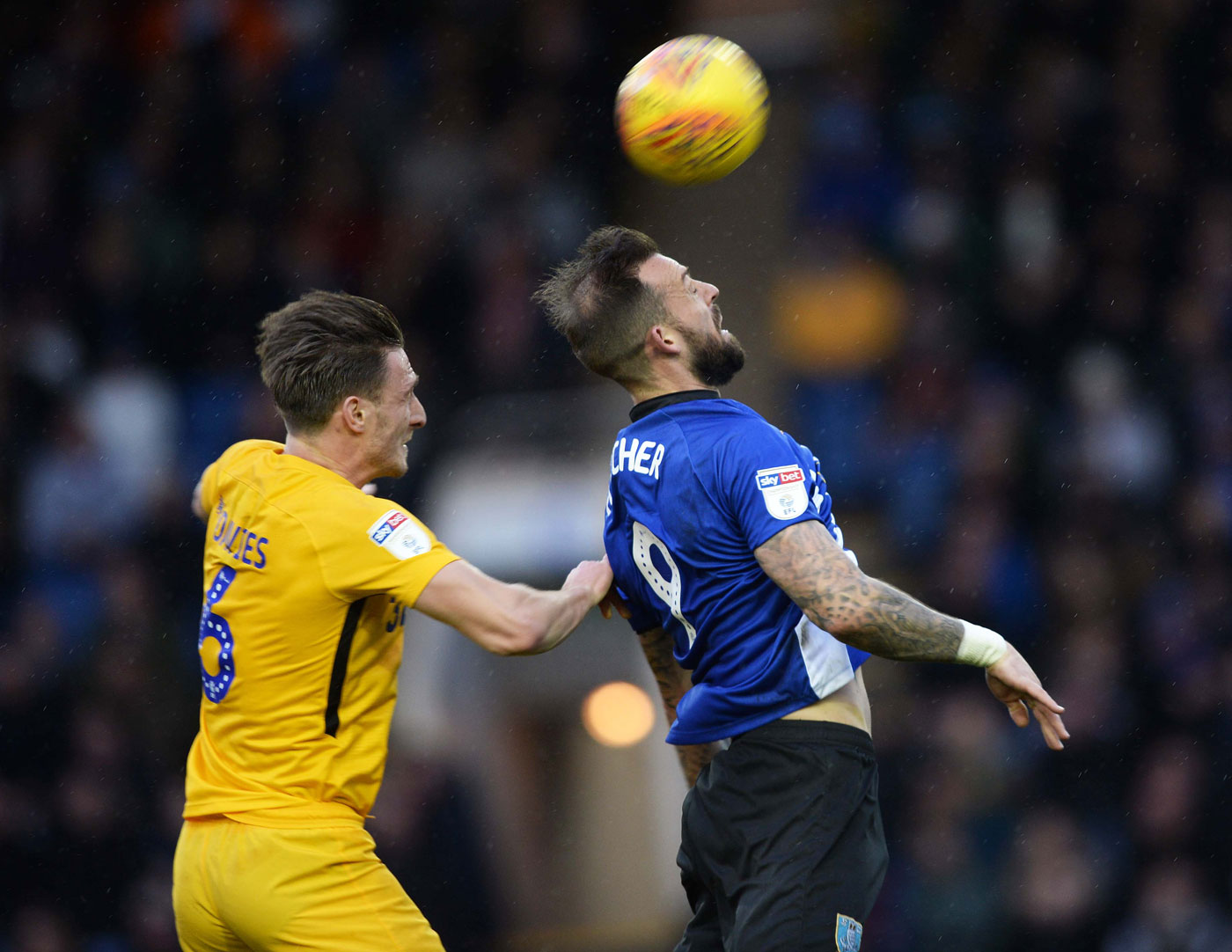 A low-key first half came to life on 26 minutes when Pearson was brandished a straight red. The midfielder was pulled up for a high challenge on Marco Matias.

That gave the Owls fresh impetus and they almost took the lead just after the half-hour.

Reach was again the architect four minutes before the break as Wednesday went closer still.

The wideman found Lucas Joao this time in the six-yard box and a firm header from the Portuguese came back into play off the post.

The second half saw a similar theme and Rudd thwarted Matias with a stunning save after Reach and Fletcher combined.

But the Owls would not be denied and bagged the only goal of the game on 62 minutes.

Reach knocked on the door once more and it finally swung open as Hector headed home a curling cross in front of the Kop.

Wednesday had to keep their guard up, though, as was evidenced five minutes later when Tom Barkhuzen nodded over a Darnell Fisher feed when the striker might have done better.

Fletcher forced Rudd into a diving save in the closing stages before Preston advanced more upfield with nothing to lose.

But the hosts held firm with no threat of note to put some clear daylight between themselves and the Championship danger zone.