Two goals in as many second half minutes saw Swansea hit back to beat Wednesday at the Liberty Stadium.

Marco Matias came off the bench to give the Owls the lead but the Swans’ reply was almost instant as fellow substitute Bersant Celina and Wayne Routledge delivered knockout blows.

The 2-1 defeat was arguably harsh on the visitors, who more than matched the Welsh outfit for much of the game.

But they were caught cold by the quickfire double and made the long journey home with nothing to show for their toils.

In driving rain and high winds, the adverse weather was hardly conducive to good football from the off. 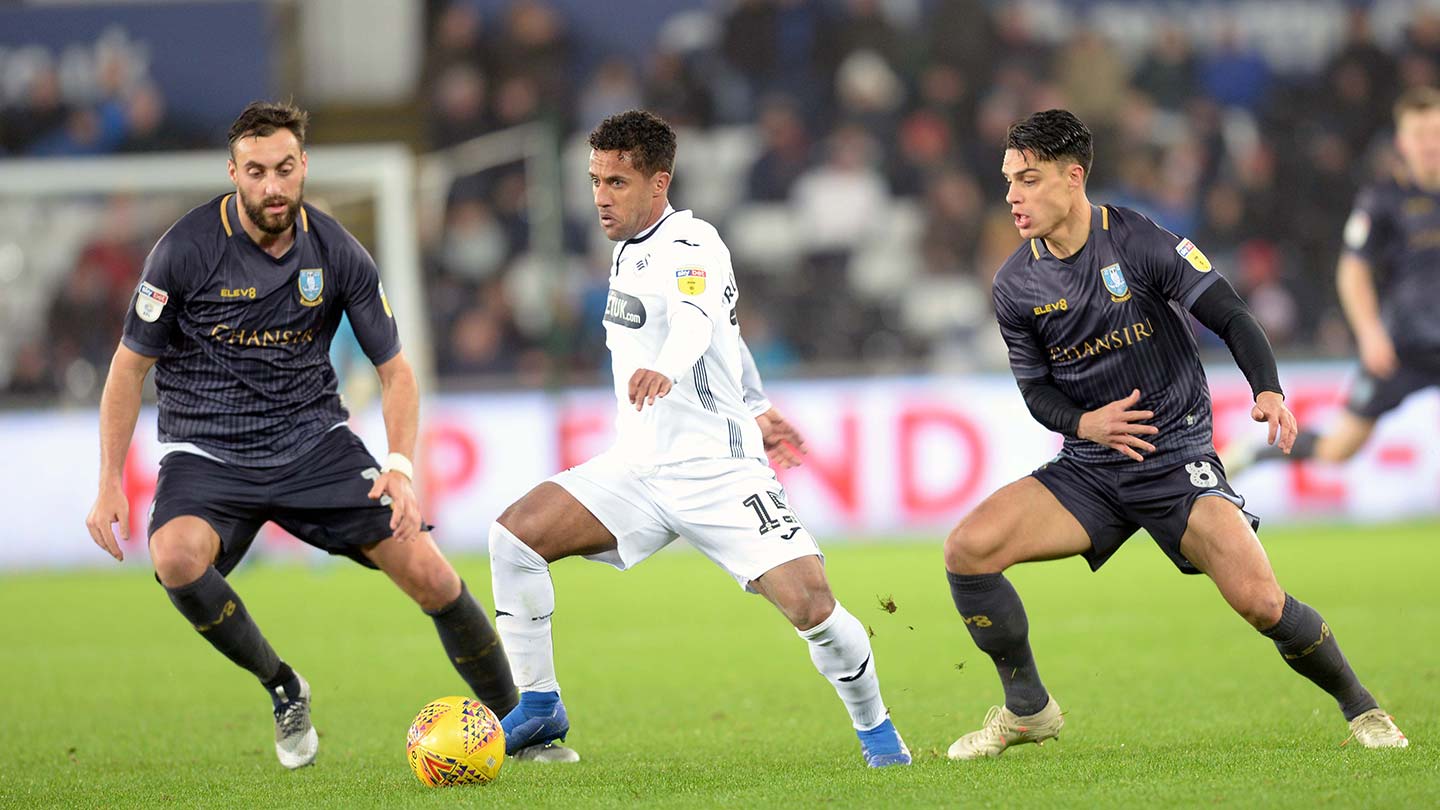 But Joey Pelupessy found Lucas Joao with a clever feed that split the Swans’ defence after just five minutes only to see the Portuguese robbed at the last by Connor Roberts.

The hosts burst upfield and Routledge fired a low drive across Cameron Dawson and wide having found space down the right of the penalty area.

Dawson did well to hold on to a speculative long ranger on the slippery surface from Matt Grimes on 20 minutes before Joao dragged just wide at the other end.

The action was hotting up and Tom Lees executed a perfectly timed challenge on the edge of the box on the half-hour to thwart Routledge.

Oli McBurnie was then a whisker away from getting an outstretched leg on Nathan Dyer’s cross before Jordan Thorniley got a vital touch a goal-bound Kyle Naughton curler right on the half time whistle.

The rain held off for the second period but the pitch remained sodden – Grimes tried a punt from distance that Dawson gripped into his midriff.

Joao aimed a delicate chip that fell the wrong side of the post as Wednesday gave as good as they got – and took the lead on 64 minutes.

Matias picked the pocket of Cameron Carter-Vickers on the edge of the box and advanced to fire an unstoppable drive past Erwin Mulder. 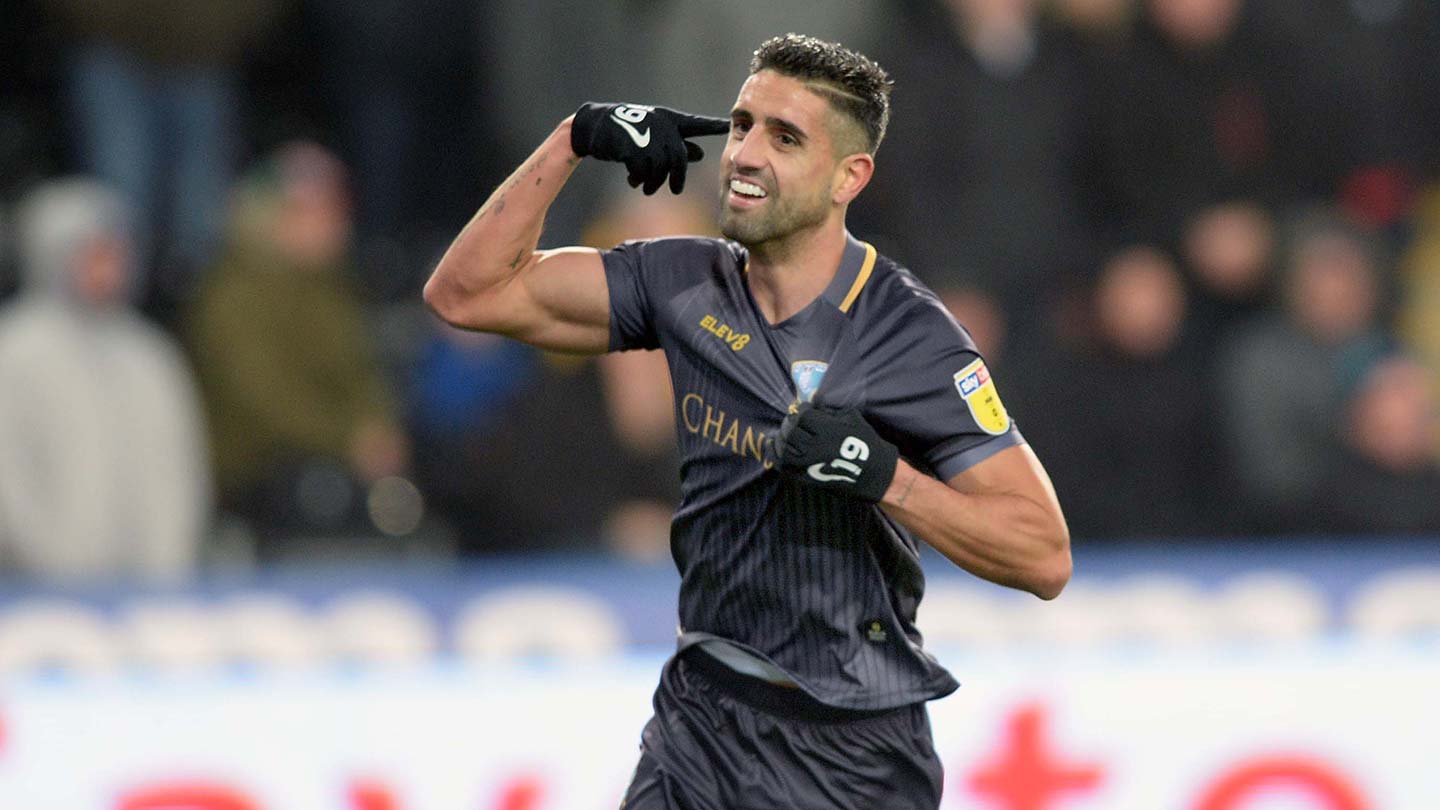 The Owls’ joy, though, lasted just six minutes before Swansea turned the game on its head.

First, Roberts broke free down the right channel and pulled back accurately for substitute Celina to sweep home. 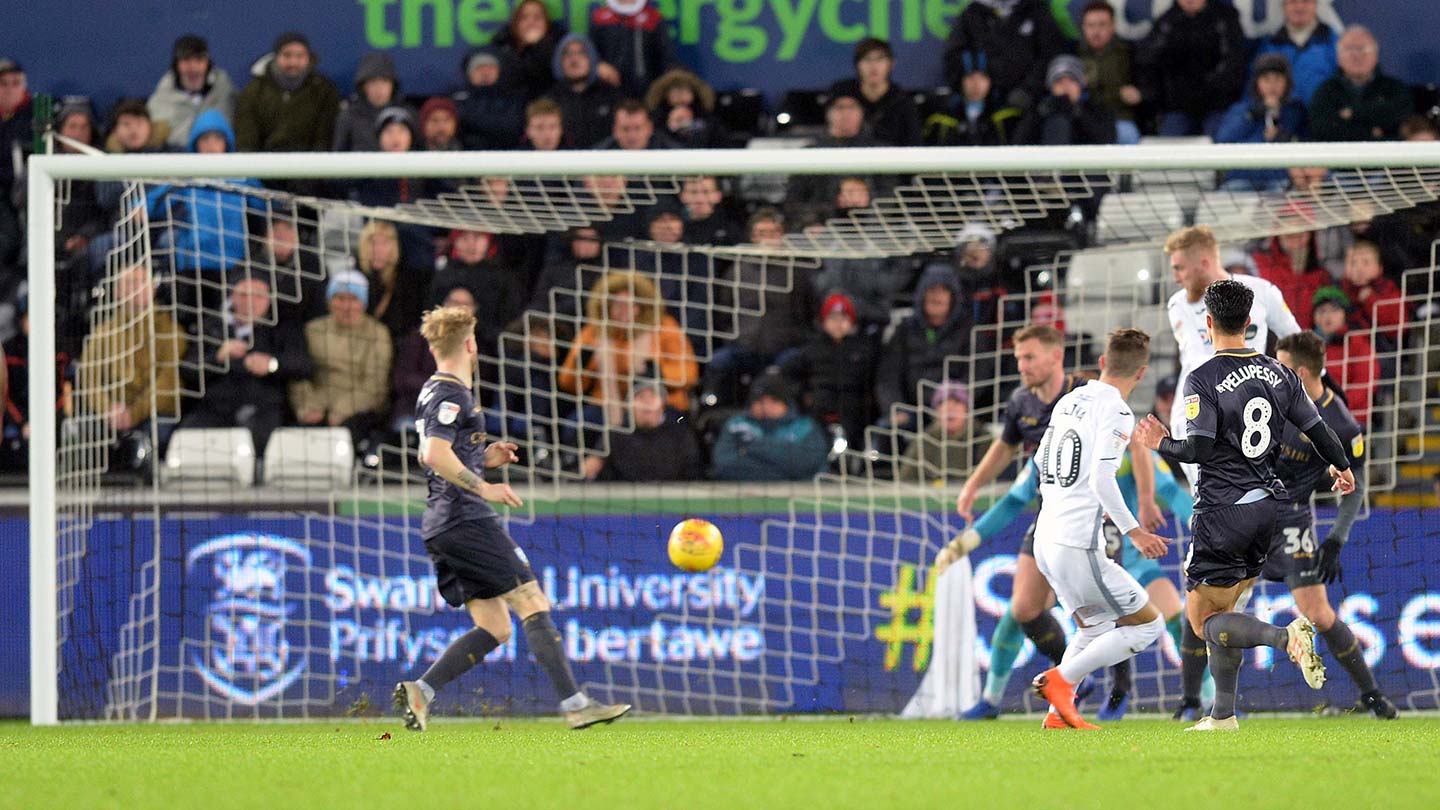 Then little more than a minute later, the hosts took back possession, the ball was switched wide to Routledge and the former Tottenham man cut inside to find the back of the net.

McBurnie headed against the crossbar in the closing stages before Wednesday poured forward in pursuit of an equaliser that never materialised despite a trio of late corners that rocked the Swans’ rearguard.